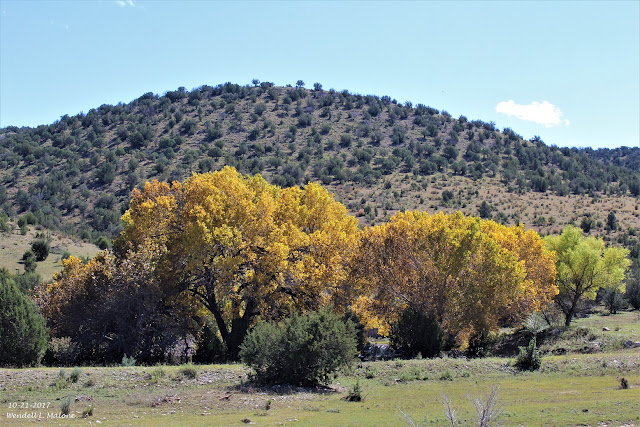 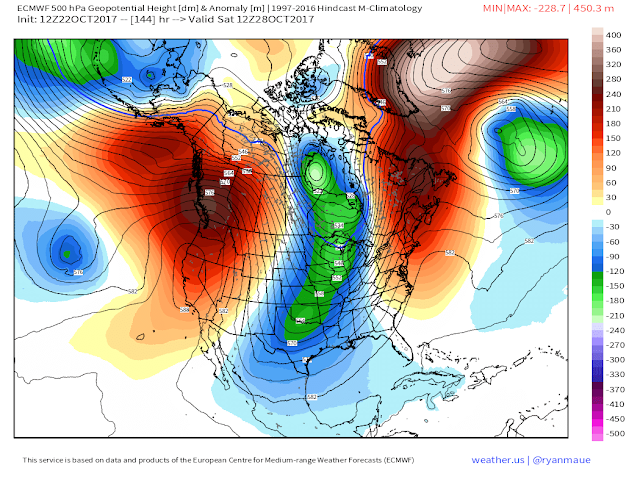 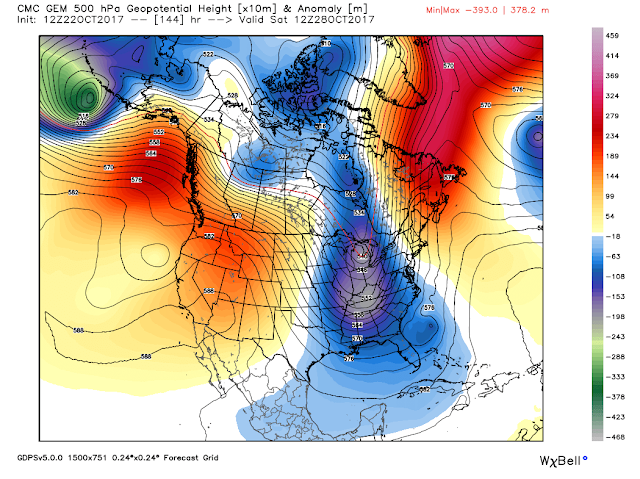 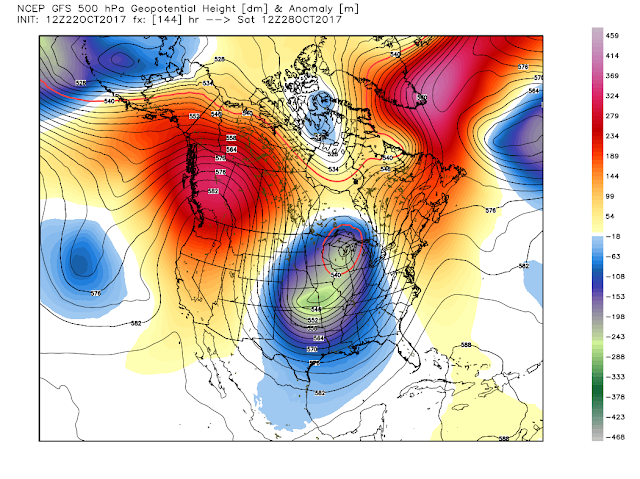 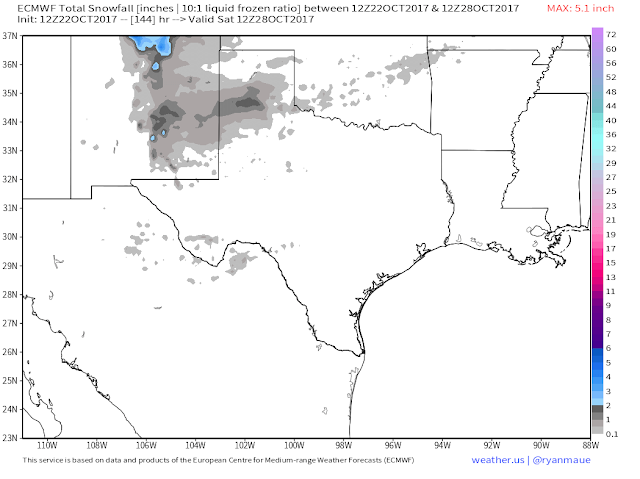 As I had mentioned in Saturday's blog concerning next weekends storm the forecast models have once again taken a sharp turn to the right, or east with this next significant mid and upper level trough of low pressure. This mornings run of the European model (top graphic above) has gone from a closed upper level low over the Four Corners next Saturday to a long wave trough of low pressure stretching from northern Canada back to the southwest into Southwest Texas. Both the Canadian and the U.S. models show more of a somewhat closed low stretching from the Great Lakes southward and southwestward into the deep south and Texas.

Truthfully I'm not sure than any of these three models have it right just yet. I'm thinking that they will tend to pull the storm back to the west maybe even with more of a closed low look to it in time. For now anyway this changes our weather outlook for New Mexico and West Texas next weekend. Instead of the potential for a significant snowstorm we are now looking at more of a glancing blow. More on this later in the week as the models settle down and get a better handle on the upper level pattern. 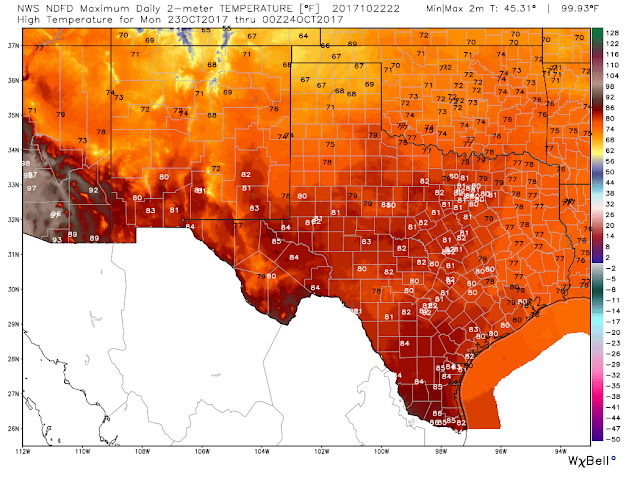 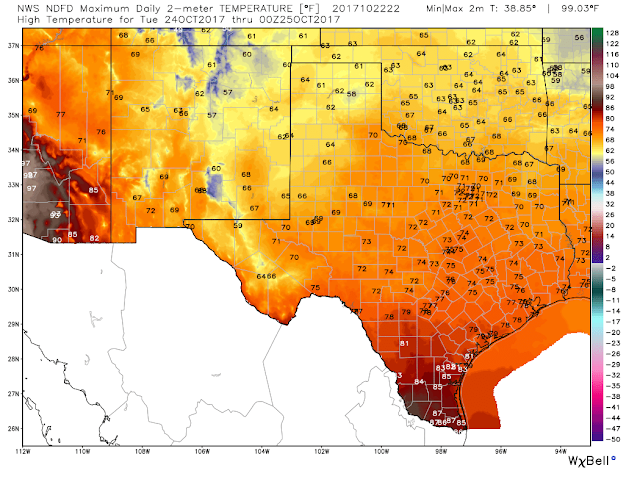 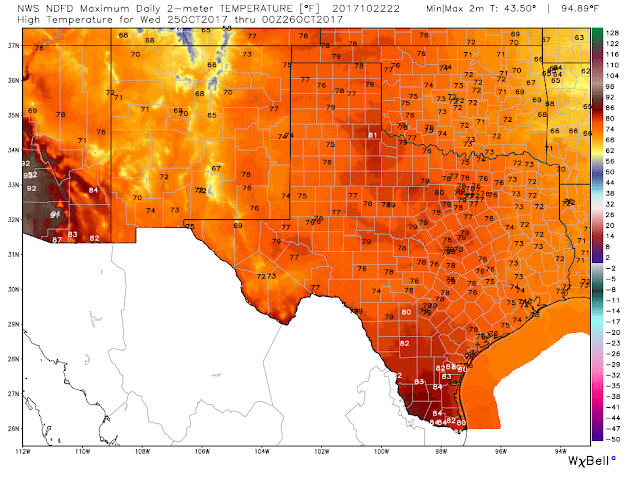 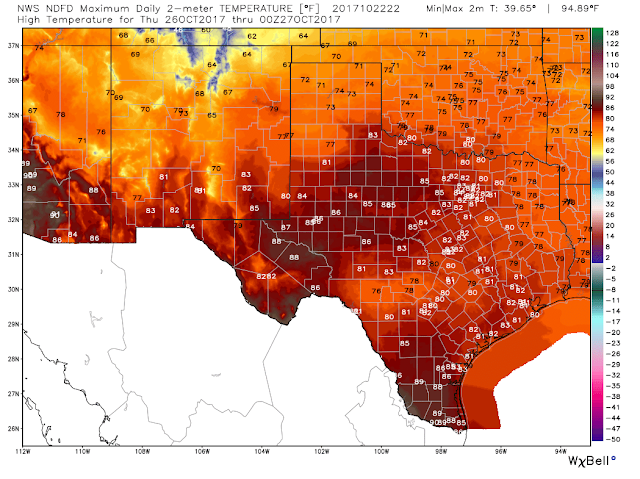 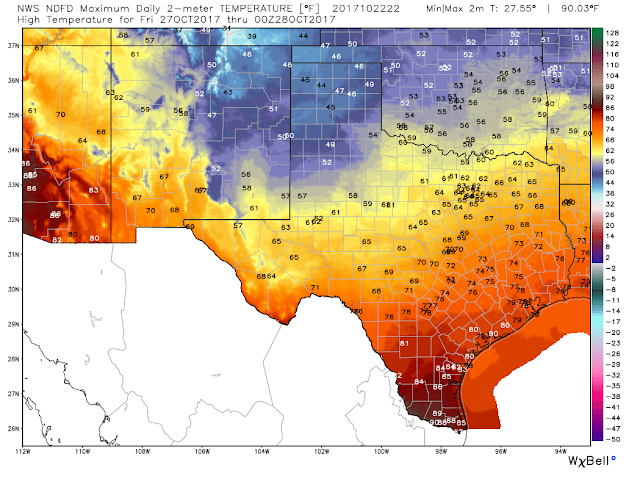 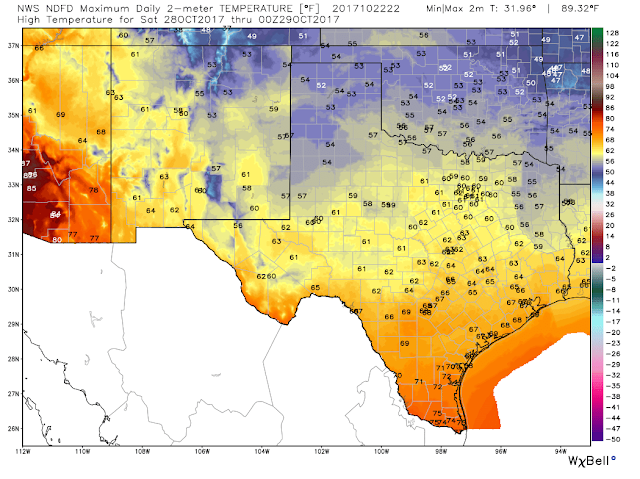 A strong cold front will plow southward through the area by Friday with our daytime highs only in the 50's and 60's both Friday and Saturday. It still appears that our first widespread freeze will occur by next Saturday morning. 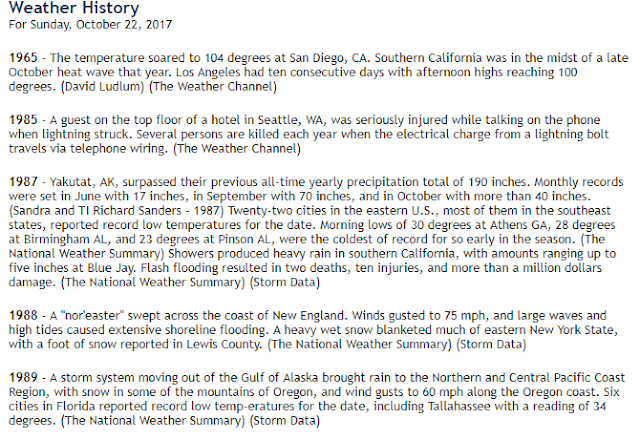 The Truth Is Stranger Than Fiction!
on October 22, 2017
Posted by Wendell Malone