First Freeze Of The Season Overnight. 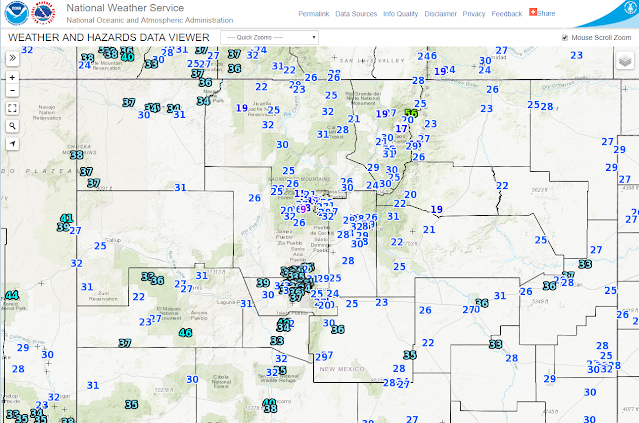 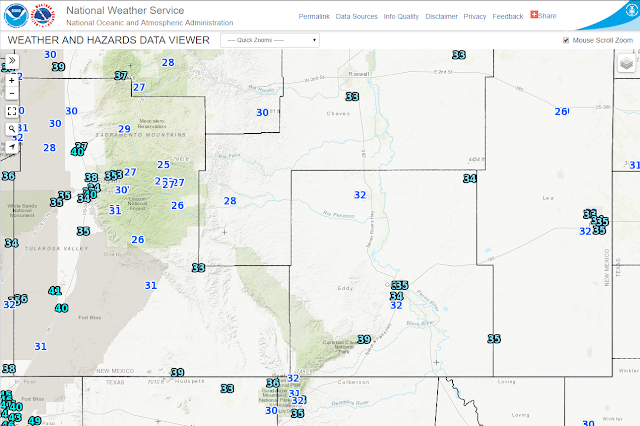 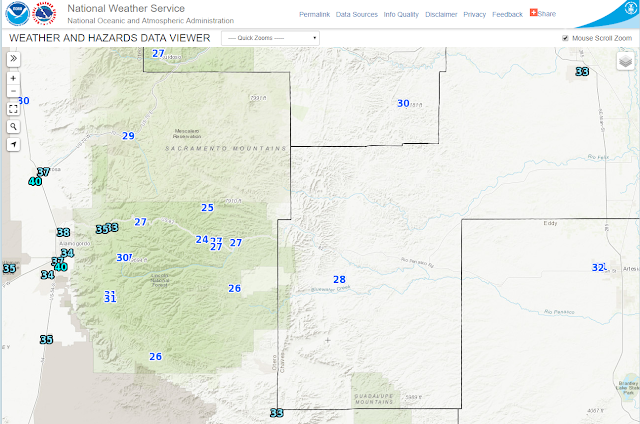 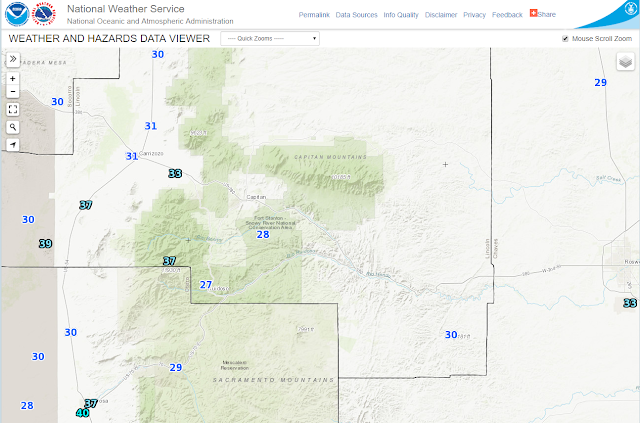 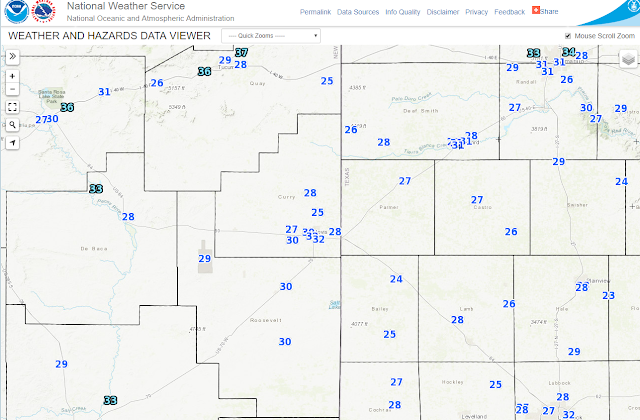 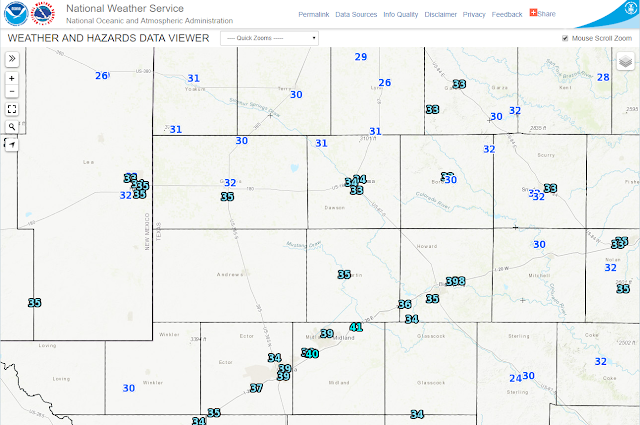 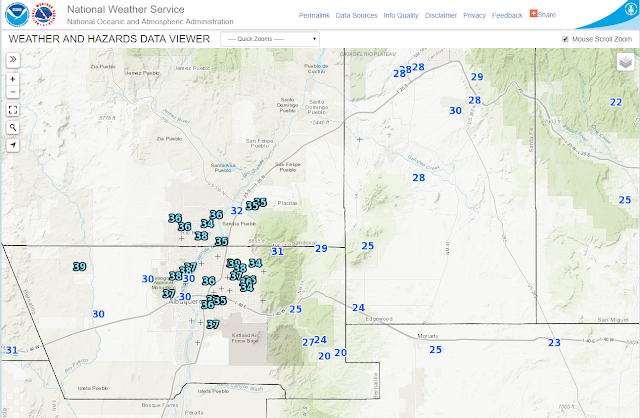 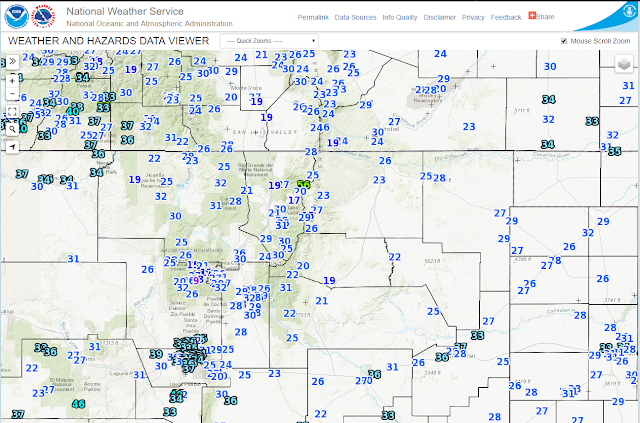 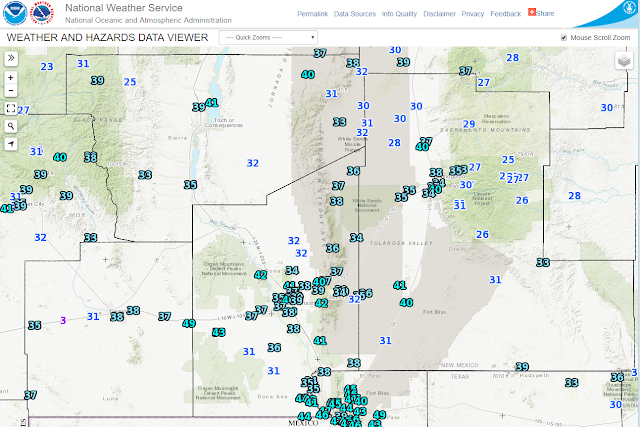 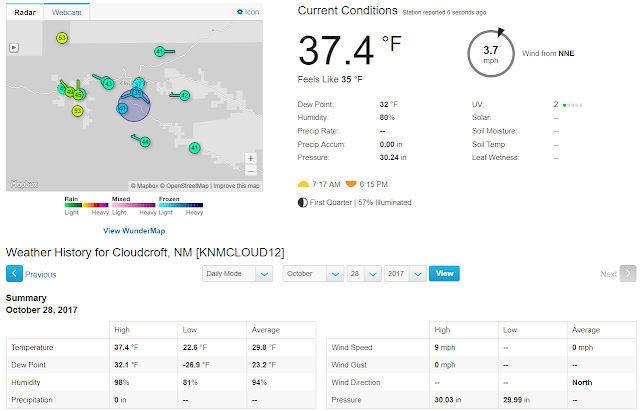 Unofficially the coldest reading I could find locally is the 23ºF reported by the West Cox Canyon Personal Weather Station (PWS) south of Cloudcroft this morning. 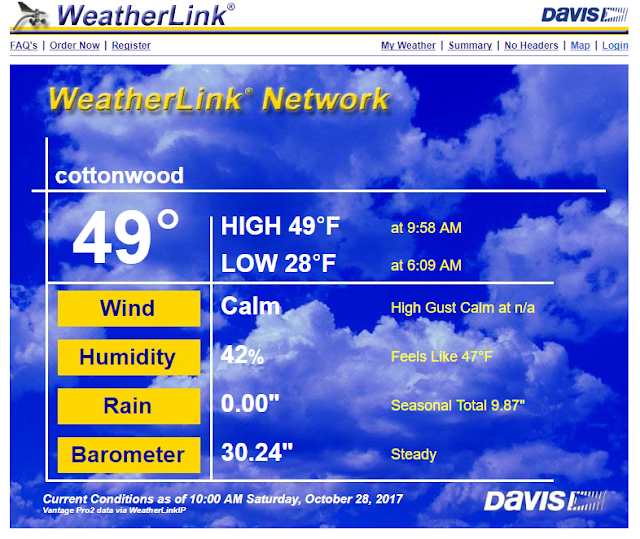 The Cottonwood Davis Personal Weather Station (PWS) recorded a low of 28ºF this morning for one of the coldest readings in the valley. 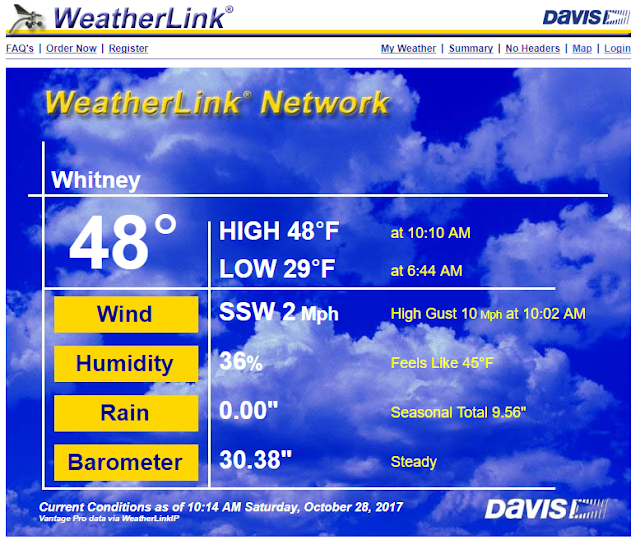 Southeast of Roswell in the East Grand Plains area the Whitney Farms Davis Personal Weather Station (PWS) recorded a low of 29ºF. Officially (as of 6 AM) the Roswell Airport ASOS only dropped down to 33ºF. Its possible that when the new synoptic observation comes in at noon that a colder reading will be reported. Typically the coldest temperature occur around sunrise and often in the colder months the coldest reading will occur after 6 AM but will not be reported until the noon observation. Or with the time change coming up next Sunday the next 6 hourly high and low temperatures will be reported at 11 AM.

Both the Artesia Airport AWOS and the Carlsbad Airport ASOS observations reported a low of 32ºF this morning as of 6 AM MDT. As did the Hobbs AWOS. 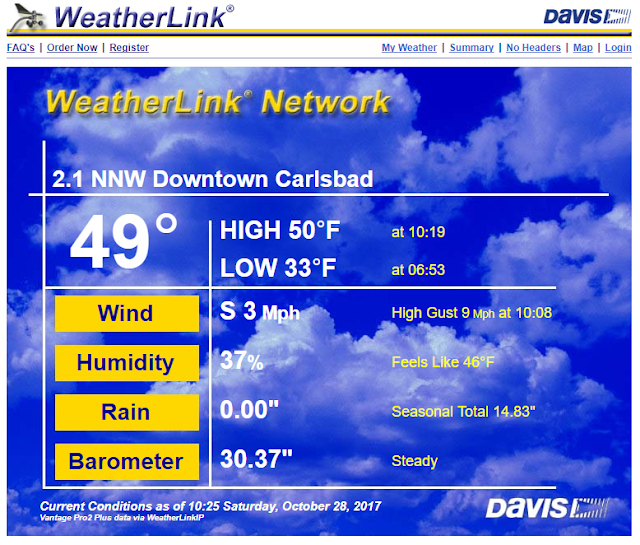 Here at our home in northwest Carlsbad my Davis Vantage Pro2 Plus PWS dropped down to 32.9ºF falling just short of the freezing mark. Thus the urban heat island effect on the thermometer in our backyard. For all intent and purposes it appears that a widespread light freeze did occur locally overnight. Now we await the killing freeze or hard freeze when the temperature drops down to below 28ºF.

Weather In History On This Date.
(October 28th). 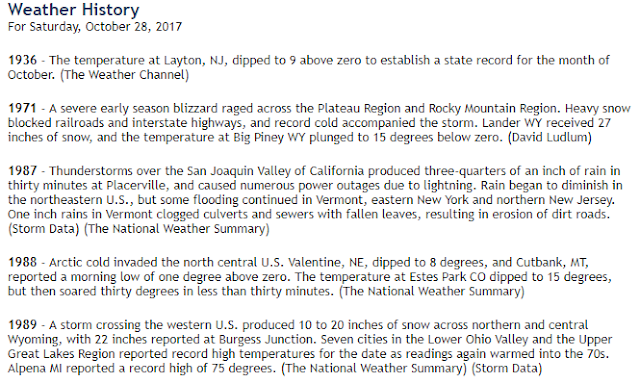 The Truth Is Stranger Than Fiction!
at Saturday, October 28, 2017 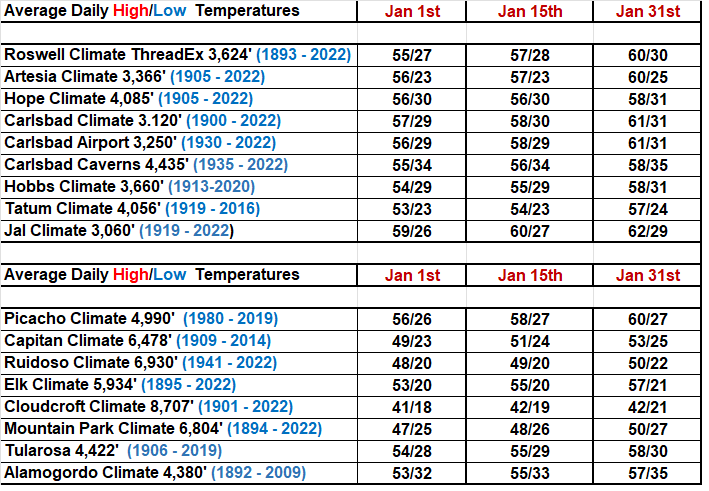