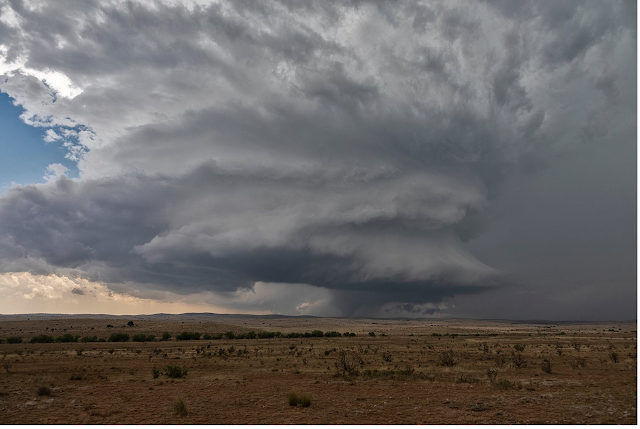 Southwest Of Picacho In Lincoln County. Wednesday, May 23, 2018.
Courtesy Of Roger Hill & Sliver Lining Tours.
Visit His Twitter Page Via This Link. 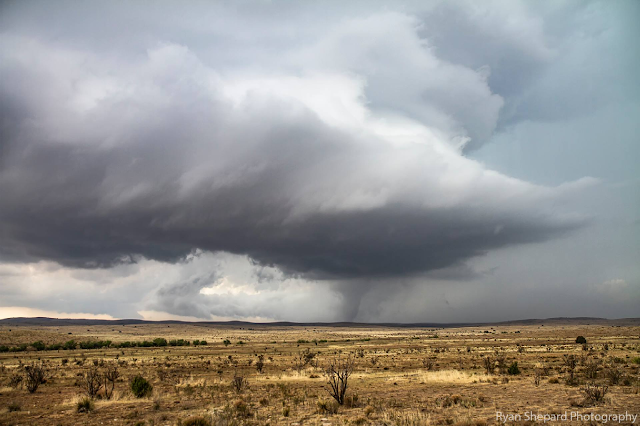 Southwest Of Picacho In Lincoln County. Wednesday, May 23, 2018.
Courtesy Of Ryan Sheppard's Facebook Page.
Visit His Twitter Page Via This Link.

Filmed around 2pm MDT May 23rd 2018 south of Picacho, New Mexico. Large cone tornado that lasted roughly 20mins. This is a timelapse of the tornado accelerated 500x.

I Arrive Way To Late To Join The Chase Party. 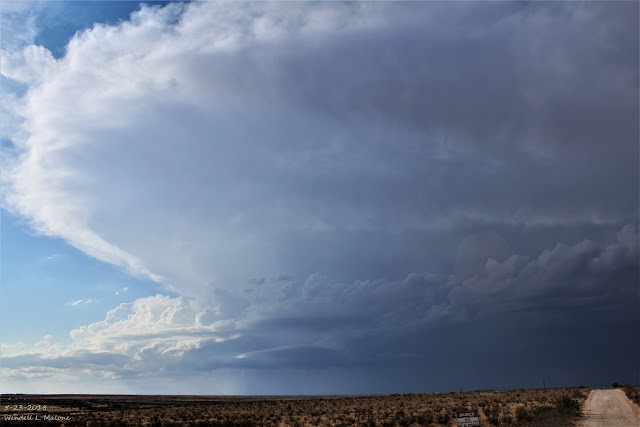 
After leaving work and arriving back in Carlsbad I had to pay my dentist a visit and get a cracked tooth fitted for a crown. By the time I finished up there and was able to head north of Carlsbad to Rock Daisy Road northwest of town where I shot the above photo I was just way too late to the party to see anything decent. Such is storm chasing...sometimes you get really lucky but many times not so. 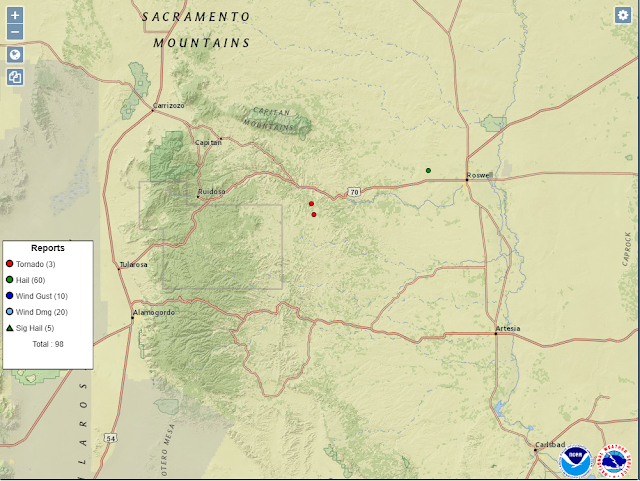 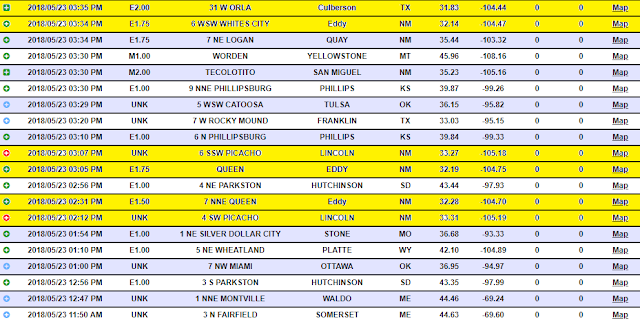 Watching radar Wednesday afternoon it was amazing how many Storm Chasers had once again converged on the Supercells blowing up in the Picahco-Hondo area 32 miles west of Roswell as the crow flies and 26 miles east of Ruidoso. This is not an area that you would normally want to go storm chasing...at least if you are hoping to see a tornado. Not at the 6,000' elevation! But a couple of Supercell Thunderstorms did in fact produce several tornadoes in that area that were verified by Storm Chasers. 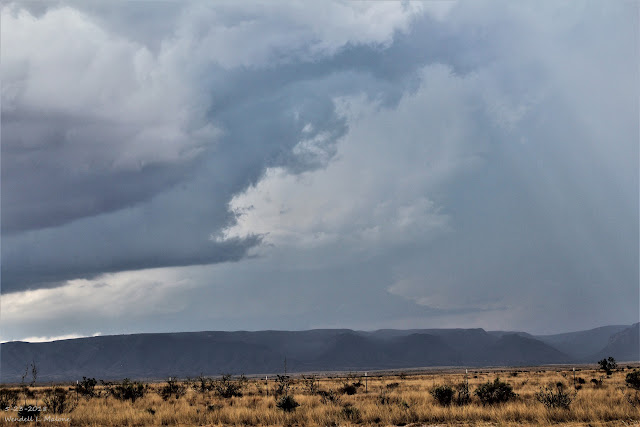 After leaving work at the Gas Plant that I am employed at west of Orla, Texas in northern Culberson County I headed west down FM Rd 652 to the junction of US Hwy 62/180 at the New Mexico/Texas State Line southwest of Carlsbad. I was watching a Supercell Thunderstorm that had formed near Queen as I traveled north back to Carlsbad. I was about 5 miles southwest of Whites City when I snapped the photo above of the blocky Wall Cloud and associated tail cloud. It was some 16 miles (as the crow flies) west of me near Queen. I never did see the Wall Cloud rotate in part because my view of its base was partially obscured by the ridge line and it soon became rain wrapped.

GR2Analyst View Of The Storm. 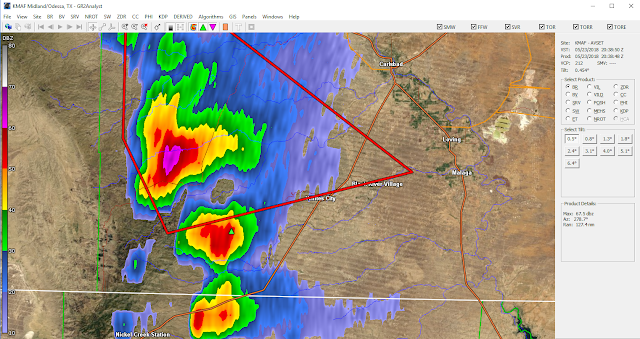 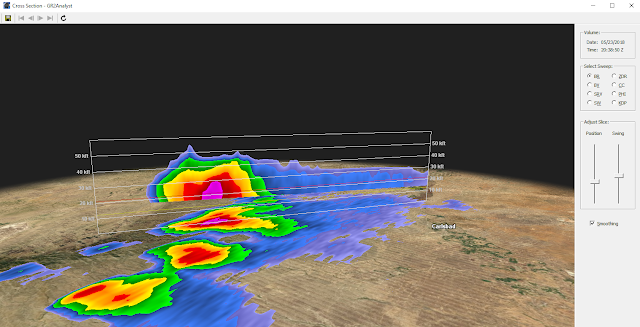 Cross Section View Of The Storm At 2:38 PM MDT.

Although the storm displayed the classic "bird view" on radar it was just too far away for a good sampling using the Storm Relative Velocity Mode (SRV). This severe thunderstorm produced ping pong ball size hail (1.5" in diameter) 7 miles north-northeast of Queen at 2:31 PM MDT. It also produced golf ball size hail (1.75" in diameter) in Queen at 3:05 PM MDT. This storm topped out at about 56,000'. 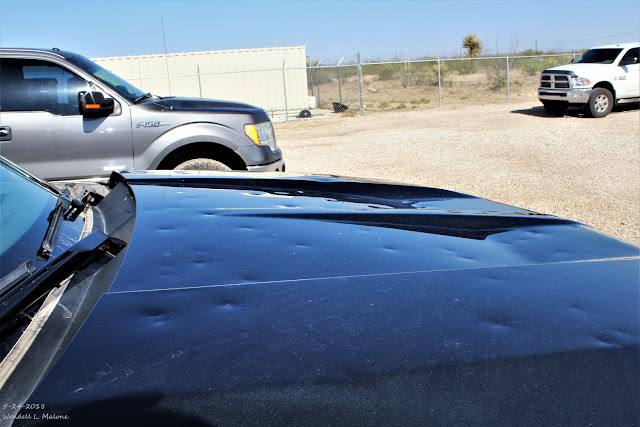 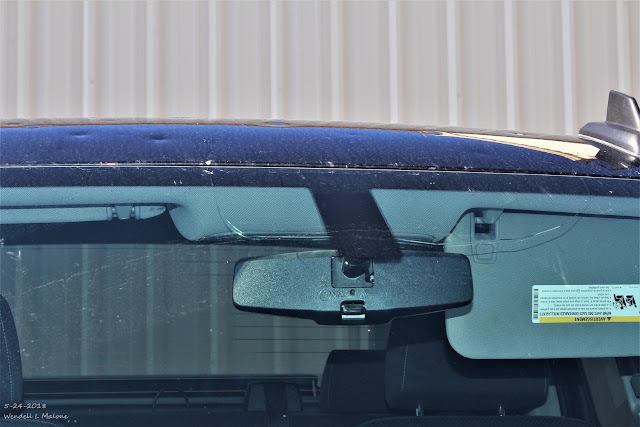 I Shot These On Thursday, May 24, 2018.
My Co-Workers Truck The Morning After He Got Caught In The Hail Storm.

One of my co-workers had the misfortune to get caught in a vicious hail storm as it was crossing Farm Market Road 652 about 31 miles west of Orla, Texas in northern Culberson County Wednesday afternoon. The hail put numerous dents on his trucks hood and several on the sides of the truck and cracked his windshield. He noted that about 20 other vehicles had the same fate as they all pulled over and faced to the north trying to limit the hail damage.

GR2Analyst View Of The Storm. 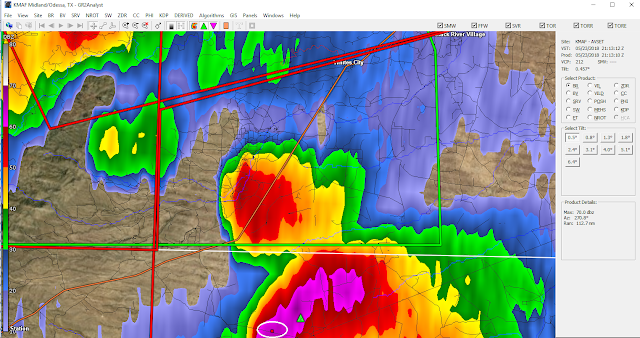 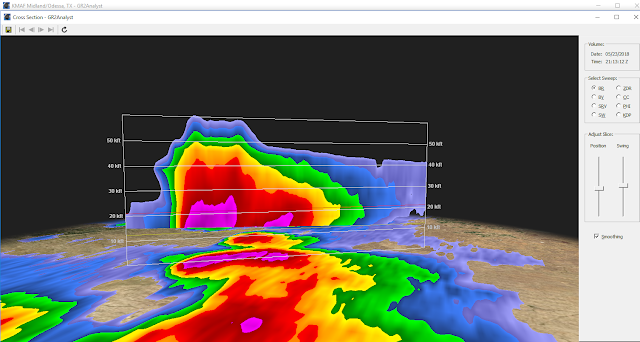 Radar was estimating the hail size in the core of this storm to be 2 inches and diameter and that's what he reported to me when he called me. Radar tops on this storm topped out at 60,000'. I circled the approximate location where he was when the core of the storm passed over FM 652.