GR2Analyst 3-D Views Of The #Mallard Fire.
(Armstrong County In The Texas Panhandle). 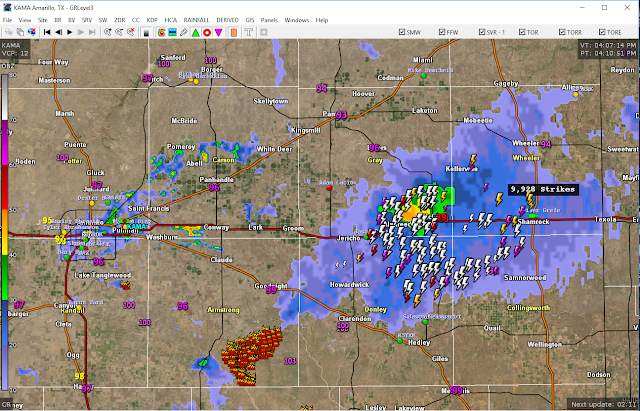 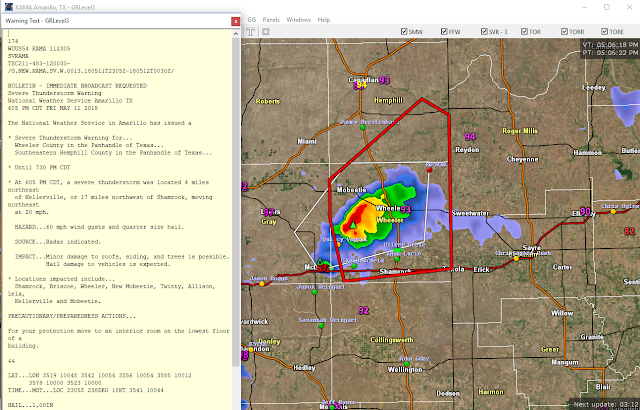 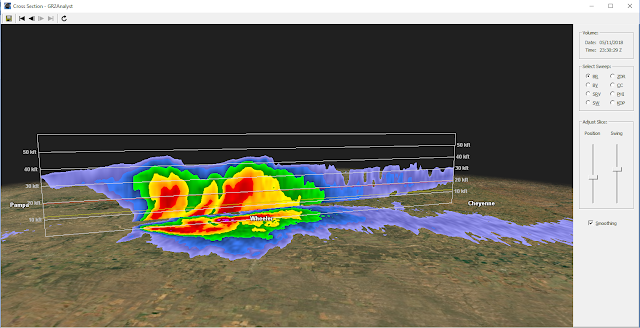 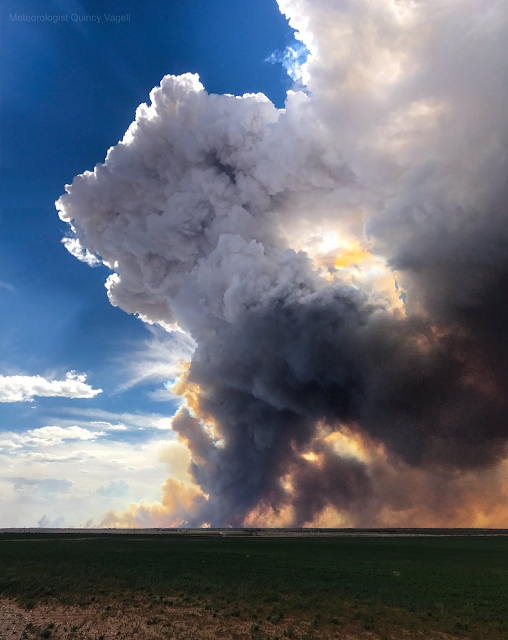 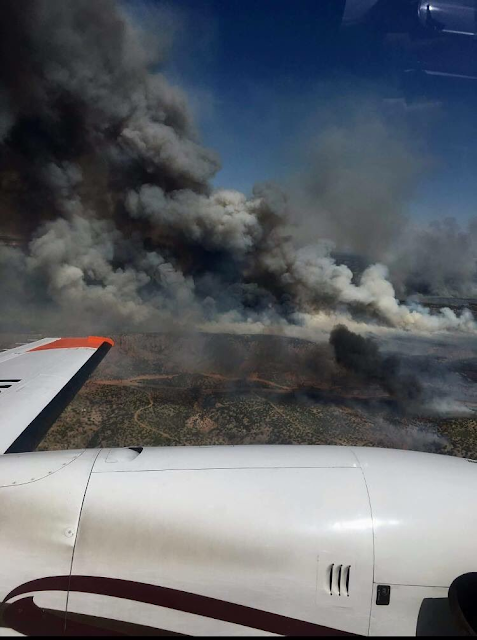 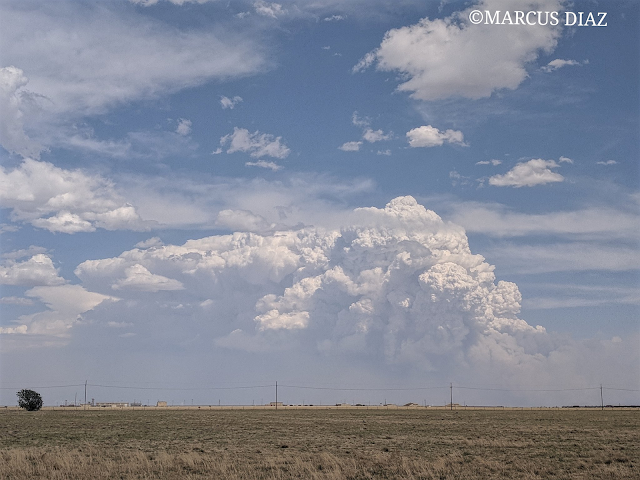 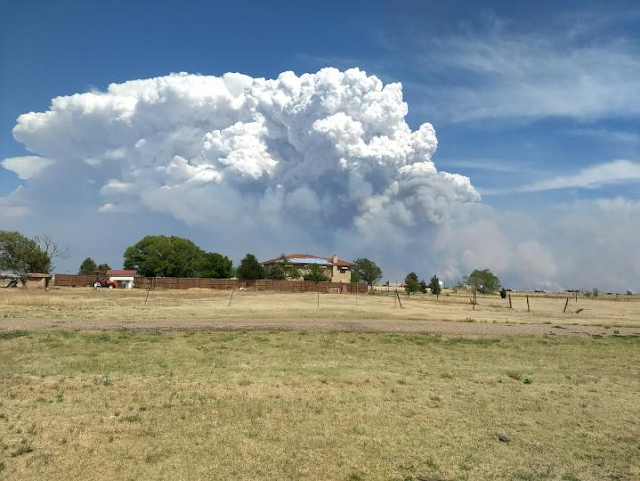 #MallardFire #txfire A shot of the fire and pyrocumulus cloud from Claude, TX

The #MallardFire has produced a #thunderstorm as a result of the intense heat generated from it. #Lightning strikes have been detected with the pyrocumulus. #phwx #txwx #FireWx #txfire 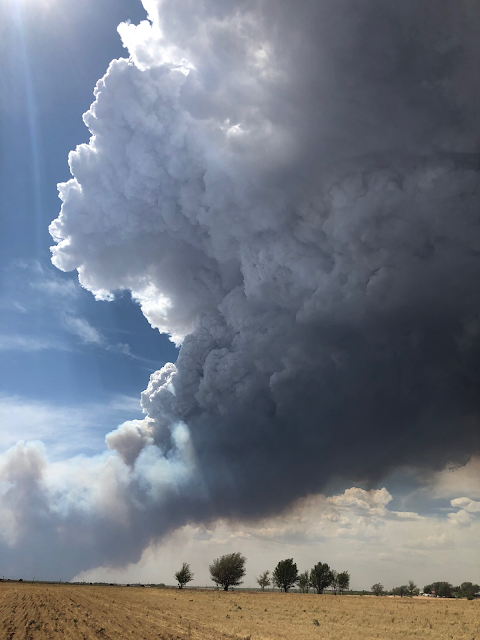 This is my friend’ pic of the Clarendon fire. He said there is lightning coming out if it. Unbelievable.

A large fire is raging southeast of Amarillo, Texas this afternoon or south of Goonight. This fire has been named the Mallard Fire and already burned some 34,000 acres as of around 1 PM MDT this afternoon. These large wildfires often produce pyrocumulus clouds and dry lightning strikes which this one is doing today.

Smoke from the Rey Fire creates a flammagenitus cloud.
A flammagenitus,[1] also known as a pyrocumulus cloud or fire cloud, is a dense cumuliform cloud associated with fire or volcanic eruptions[2] that may produce dry lightning (lightning without rain).

A flammagenitus is similar dynamically in some ways to a firestorm, and the two phenomena may occur in conjunction with each other. However, either may occur without the other.
A flammagenitus cloud is produced by the intense heating of the air from the surface. The intense heat induces convection, which causes the air mass to rise to a point of stability, usually in the presence of moisture. Phenomena such as volcanic eruptions and forest fires can induce formation of this cloud, by mechanisms similar to those that form homogenitus. The presence of a low-level jet stream can enhance its formation. Condensation of ambient moisture (moisture already present in the atmosphere), as well as moisture evaporated from burnt vegetation or volcanic outgassing (water vapour is a dominant component of volcanic eruptive gasses), occurs readily on particles of ash.

Wildfire in Yellowstone National Park produces pyrocumulus clouds.
Flammageniti contain severe turbulence, manifesting as strong gusts at the surface, which can exacerbate a large conflagration. A large flammagenitus, particularly one associated with a volcanic eruption, may also produce lightning. This is a process not yet fully understood, but is probably in some way associated with charge separation induced by severe turbulence, and perhaps, by the nature of the particles of ash in the cloud. Large flammagenitus can contain temperatures well below freezing, and the electrostatic properties of any ice that forms may also play a role. A flammagenitus that produces lightning is actually a type of cumulonimbus, a thundercloud, and is called cumulonimbus flammagenitus. The World Meteorological Organization formerly classified flammagenitus and cumulonimbus flammagenitus respectively as cumulus (mediocris or congestus) and cumulonimbus. In 2017, the WMO International Cloud Atlas chose flammagenitus as the formal name of these clouds.[3]

Flammagenitus is often grayish to brown in color, because of the ash and smoke associated with the fire. It also tends to expand because the ash involved in the cloud's formation increases the amount of condensation nuclei. This poses a problem, as the cloud can trigger a thunderstorm, from which the lightning can start another fire.

A flammagenitus cloud can help or hinder a fire. Sometimes, the moisture from the air condenses in the cloud and then falls as rain, often extinguishing the fire. There have been numerous examples where a large firestorm has been extinguished by the flammagenitus that it created.[4] However, if the fire is large enough, then the cloud may continue to grow, and become a type of cumulonimbus cloud known as a cumulonimbus flammagenitus, which may produce lightning and start another fire.[
The Truth Is Stranger Than Fiction!
at Friday, May 11, 2018