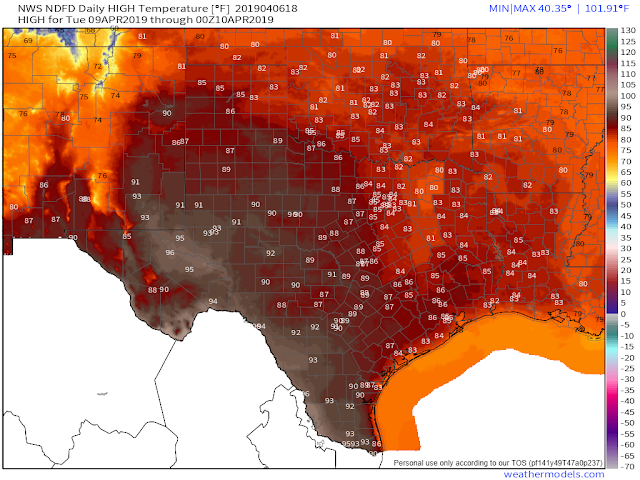 Summer may feel like its coming early come Tuesday. Forecast highs continue to indicate the low 90's for the local area. 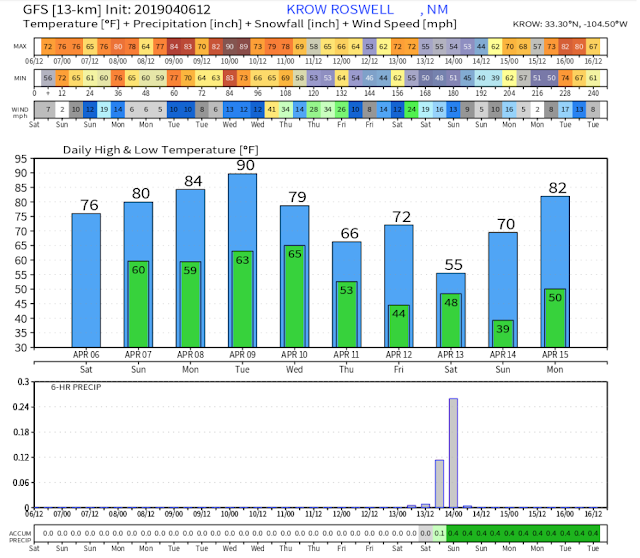 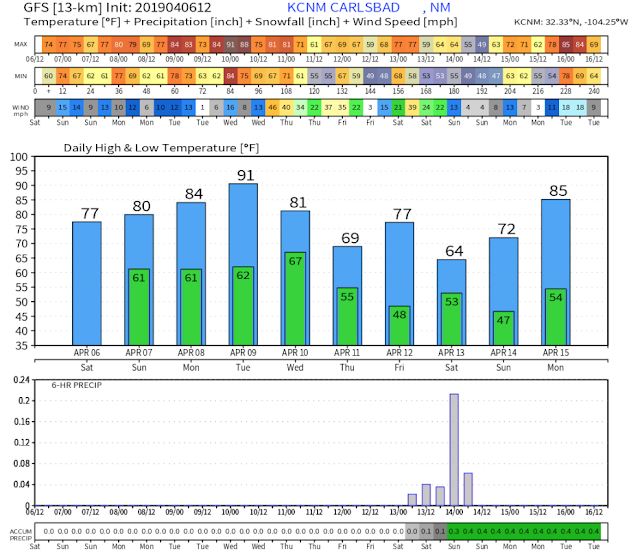 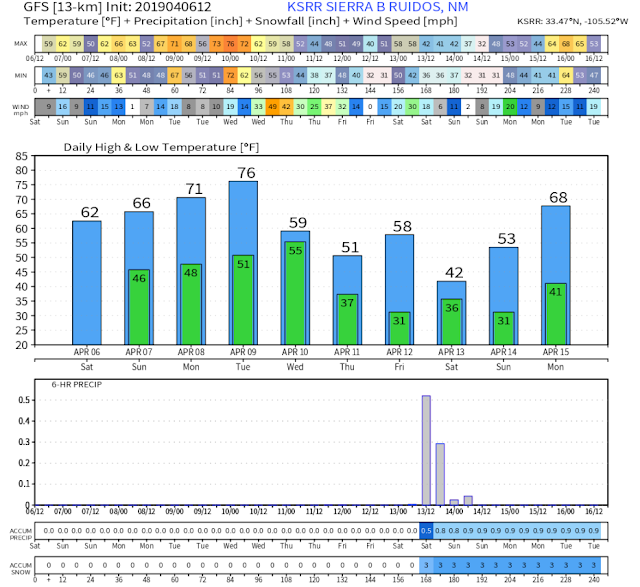 Our weather in general will take a roller-coaster ride over the next week to ten days. Just exactly how this plays out will depend upon the storm track next week...especially the end of next week. The models are already struggling with this (no surprise there right). One storm will bring high winds and a high fire danger to the area Tuesday into Thursday. The second storm will have the potential to bring winter back to parts of New Mexico late next weekend...maybe. 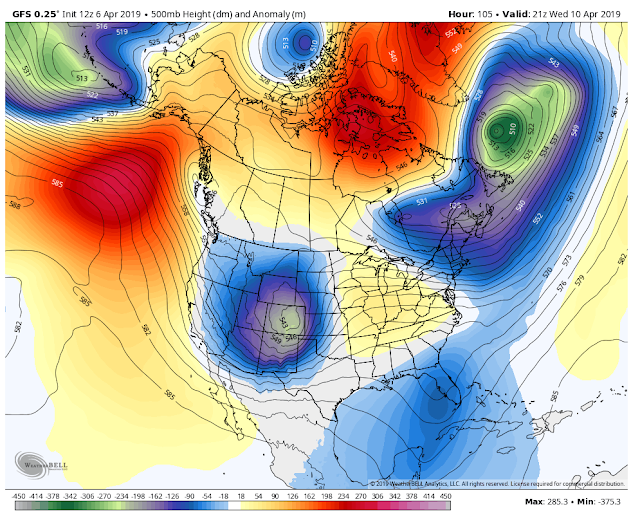 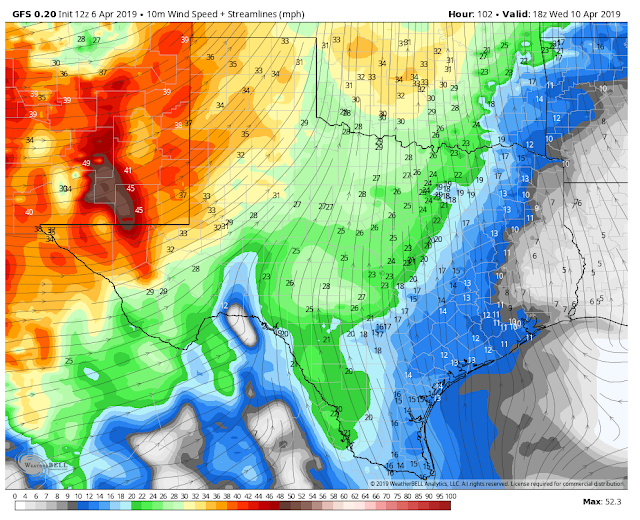 Storm #1 will be a wind generator for the area Wednesday maybe Thursday as it moves across Colorado Wednesday. Southwesterly winds will begin to pick up Tuesday afternoon ahead of this first storm, and howl pretty good Wednesday. 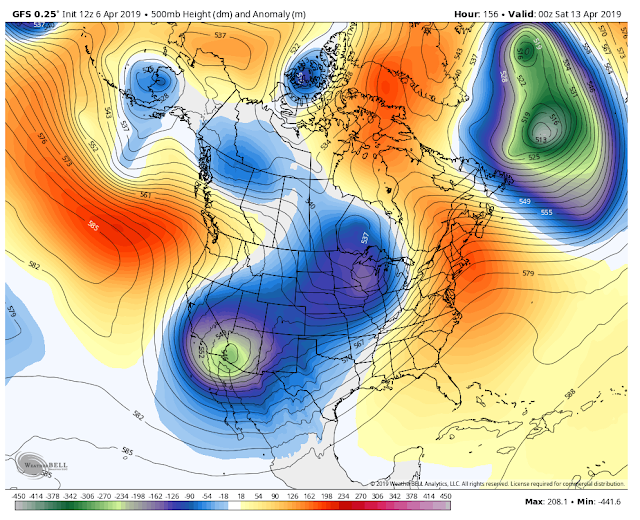 Storm number two looks really interesting but the question remains whether or not this forecast by this model verifies. Late next week the GFS model digs a powerful late winter-like closed upper level low into southern Arizona. Meanwhile the ECMWF model doesn't paint the storm to be nearly as strong or as far south as the GFS. Its too early to call this one for certain but New Mexico's weather could get really interesting late next week into the weekend. Mountain snows, lowland snows, rains, high winds, and maybe even severe thunderstorms all could be in the cards should the GFS model forecasts pan out. 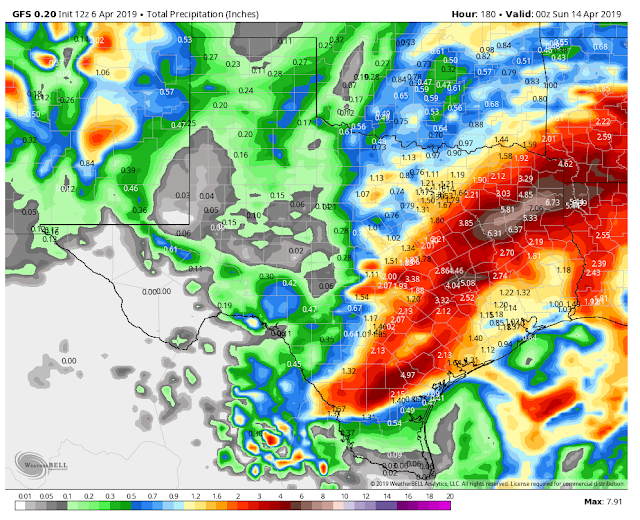 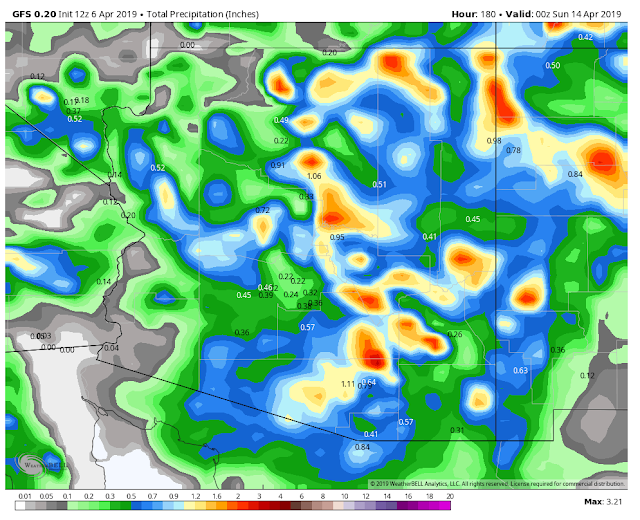 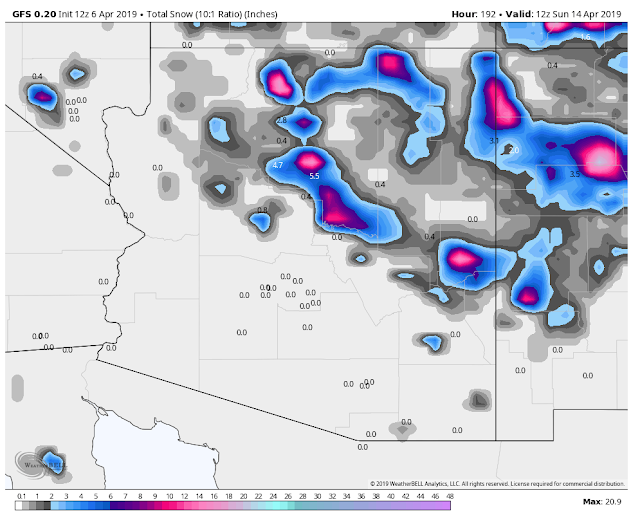 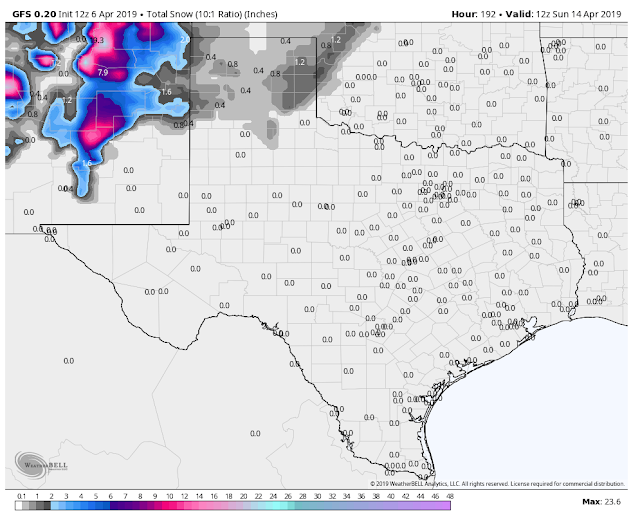 Keep in mind that much will change with the model forecasts between now (Saturday) and next weeks forecasts concerning late next weeks potential winter-like storm. But also remember that its not at all unusual for these types of winter storms to hit us in April either.