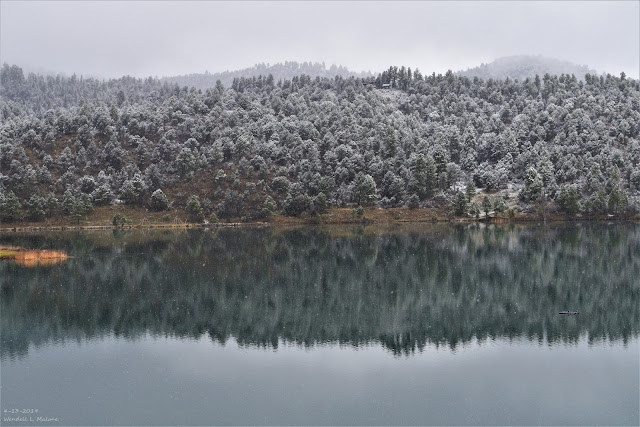 Looking west across the take at the Inn of The Mountain Gods southwest of Ruidoso as light snow was falling. There was 1/2" on the ground that Saturday morning. 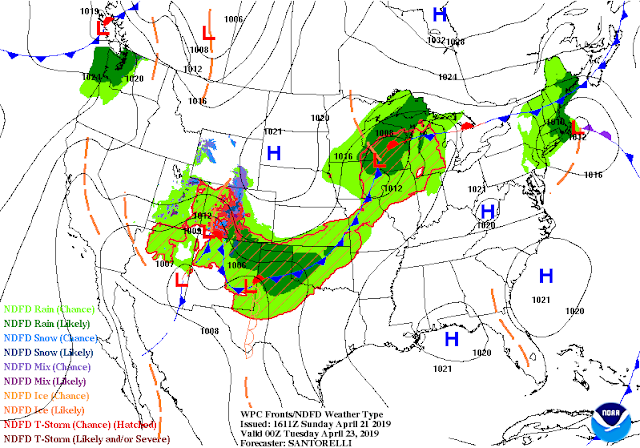 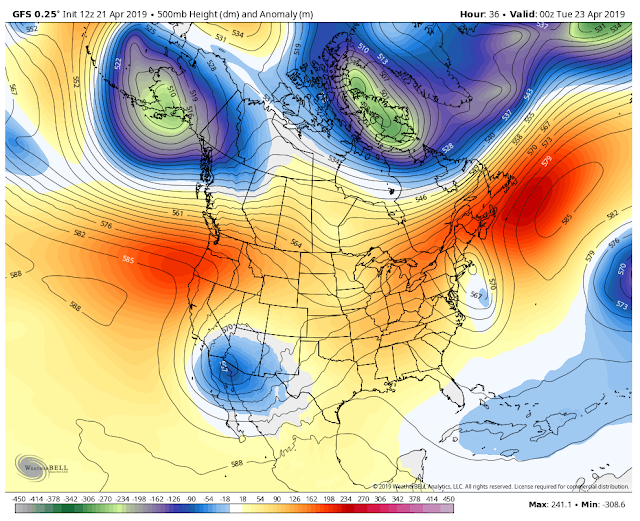 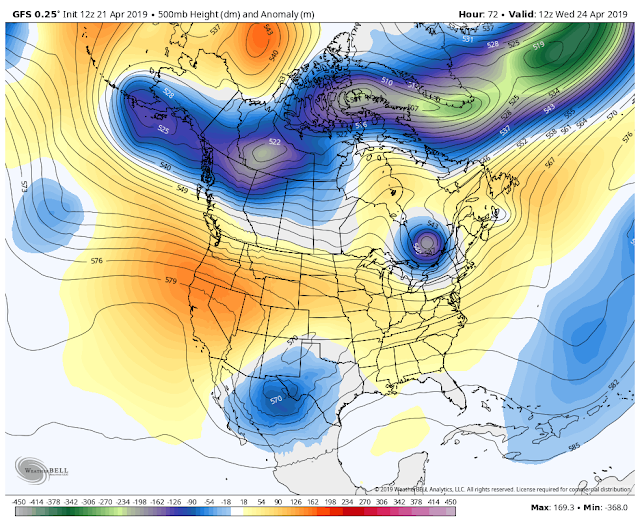 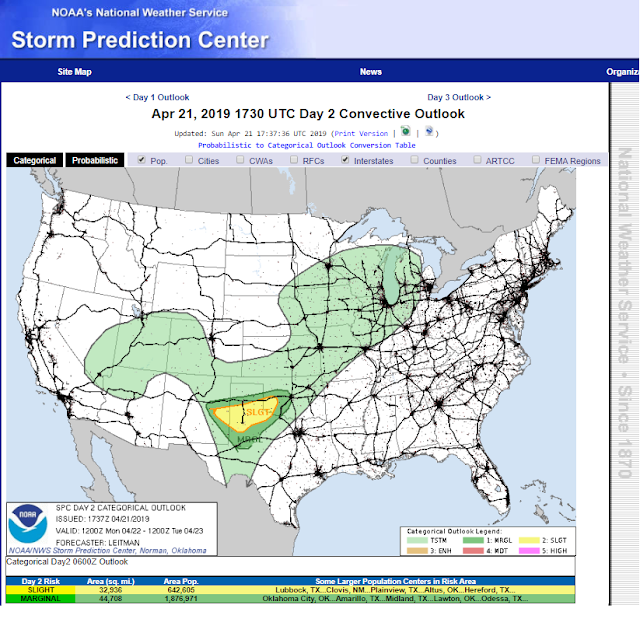 A couple of features are forecast to come together the first half of this upcoming work week to give the area a decent shot of wetting rains, mountain snows across northern New Mexico, and cooler temperatures.

An upper level trough of low pressure will continue dropping southeastward from southern Nevada this Easter Sunday morning into far southwestern Arizona or northwestern Mexico by around sunset Monday evening. A closed upper level low will form and gradually drag itself eastward across northern Mexico into Wednesday. Where it should be located south of El Paso.

Meanwhile a surface cold front will move into northeastern New Mexico on Monday and then slowly inch southward during the day. By Monday night the cold front is forecast to have slipped southward into Southeastern New Mexico and West Texas east of us. Low level southeasterly upslope flow will increase along and behind the frontal boundary as it stalls over the area Tuesday into Wednesday.

Showers and thunderstorms are forecast to break out over the area Monday evening continuing off and on into Wednesday. Locally heavy rainfall will be possible along with the threat for isolated localized flash flooding. Severe thunderstorms will be possible across Northeastern and Eastern New Mexico eastward into parts of the Texas Panhandle Monday.

Depending upon just exactly where the cold front stalls or becomes stationary Tuesday into Wednesday morning, and how the upper level lift and instability parameters play out Southeastern New Mexico and nearby parts of West Texas may see a threat for severe thunderstorms as well. Locally heavy rainfall along with localized flash flooding will also be possible across the local area Monday night through Wednesday. 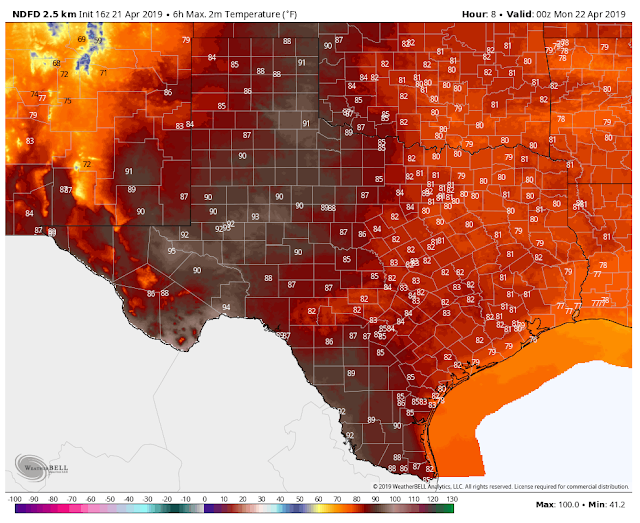 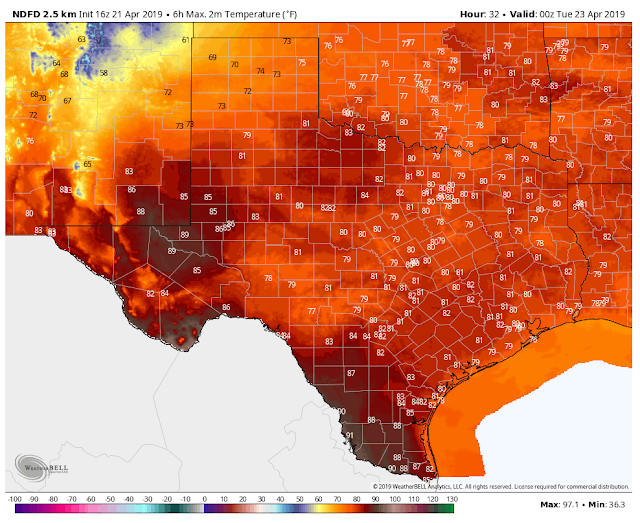 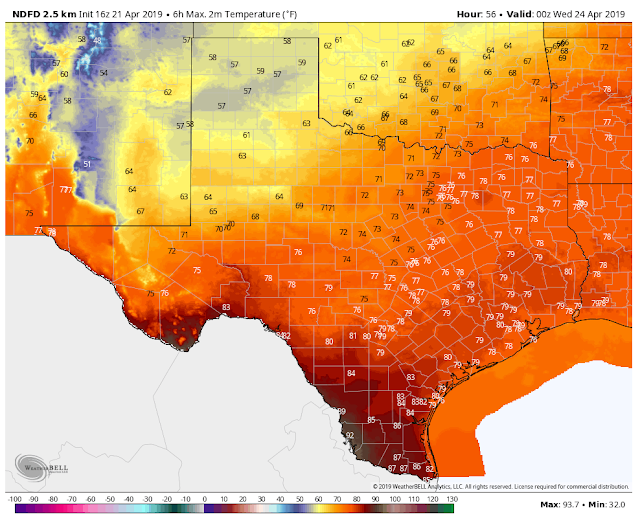 Our high temperatures on Tuesday will be some 15º to 20º below normal behind the cold front aided by moist rain cooled air. Highs are forecast to range from the upper 50's to the upper 60's. 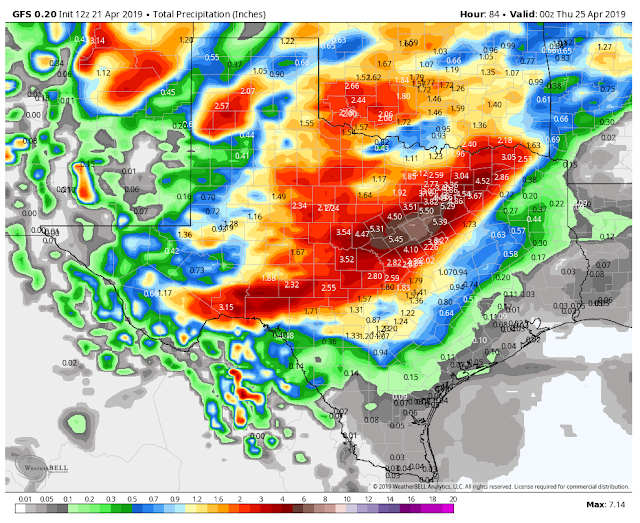 Valid At 6 AM MDT Wednesday. 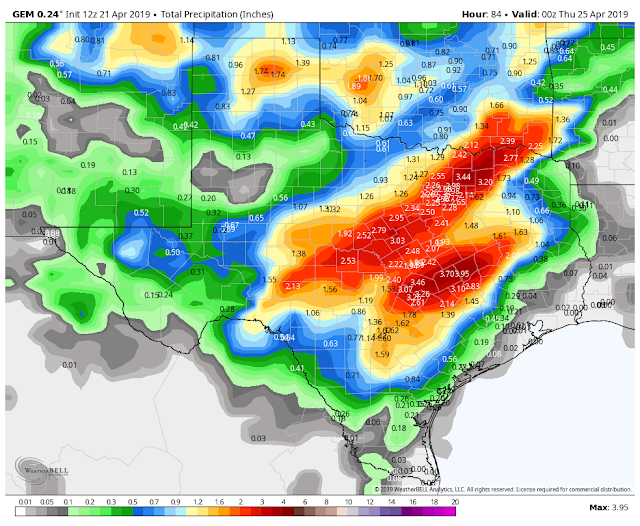 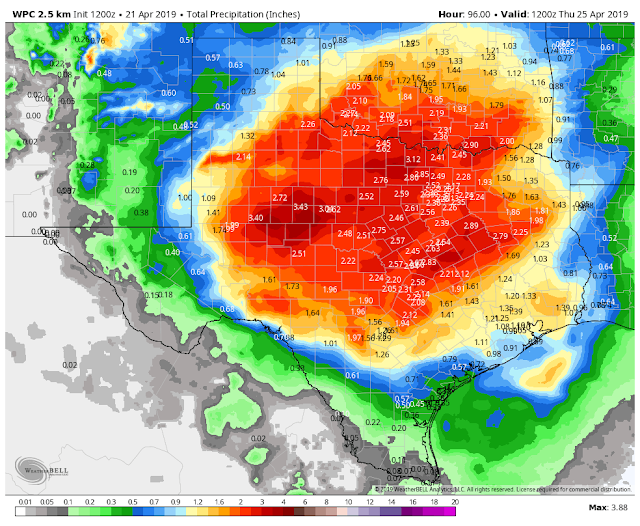 Valid At 6 AM MDT Thursday. 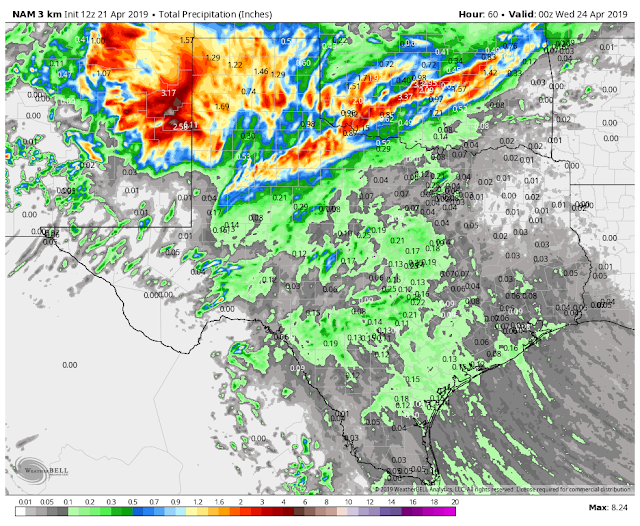 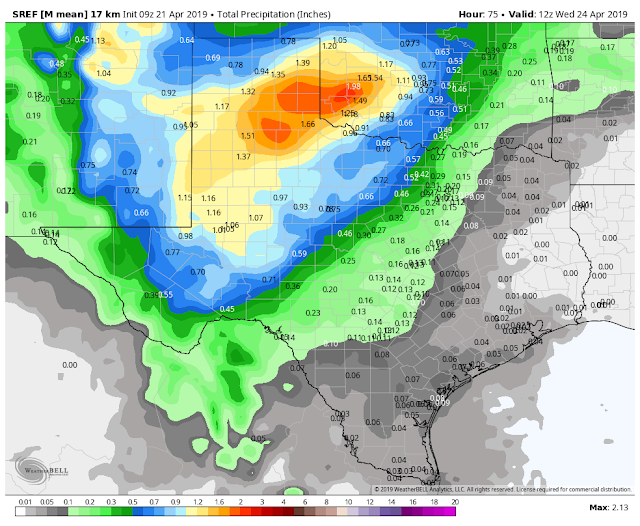 Valid At 6 AM MDT Wednesday.

As you can easily see each of the model forecasts posted above produce different storm total rainfall amounts over the area. This isn't unusual and as the storm track becomes better known over the next twenty four hours we should see (hopefully) a better forecast rainfall-wise from the models.

As of this writing (11:30 AM MDT Easter Sunday Morning) the idea is that the area stands the potential of seeing some beneficial widespread rainfall amounts from this upcoming spring storm. Just who gets the most rain and the worst of the severe weather is still questionable but overall things are looking up as far as wetting rains are concerned.

The Truth Is Stranger Than Fiction - And Sometimes It Hurts!
on April 21, 2019
Posted by Wendell Malone