Continued Hot For The Next Week. 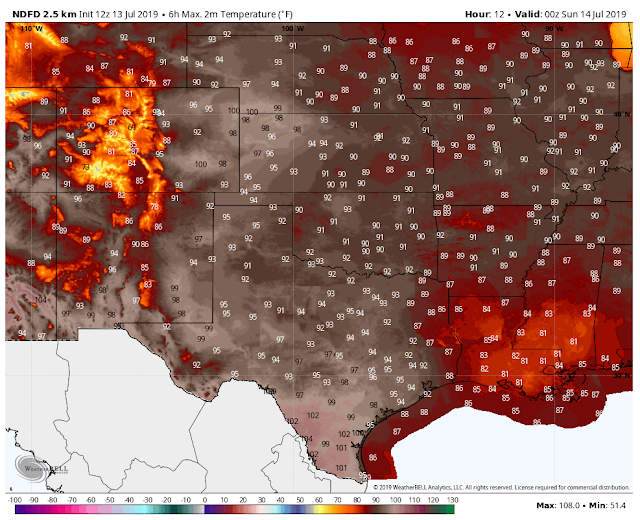 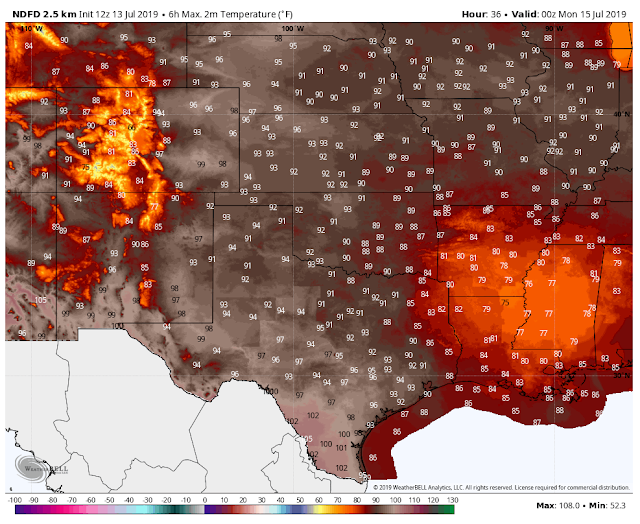 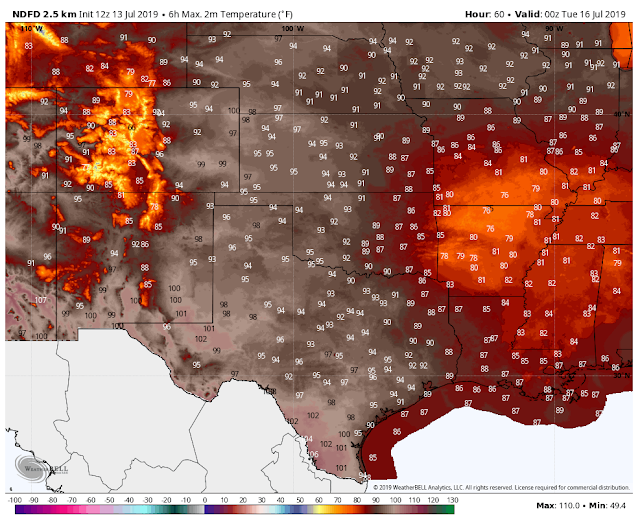 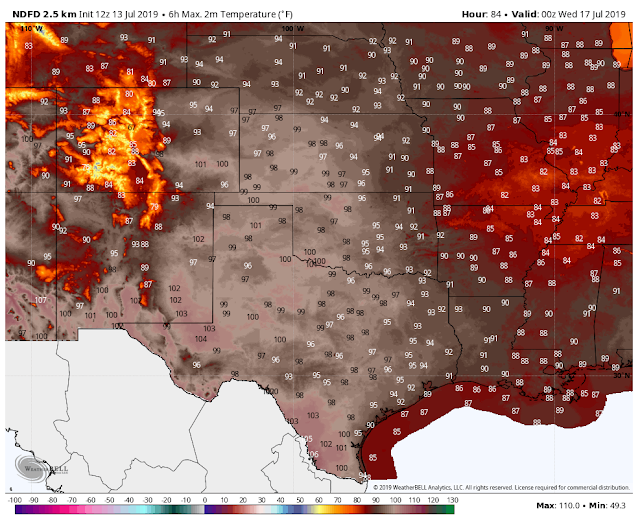 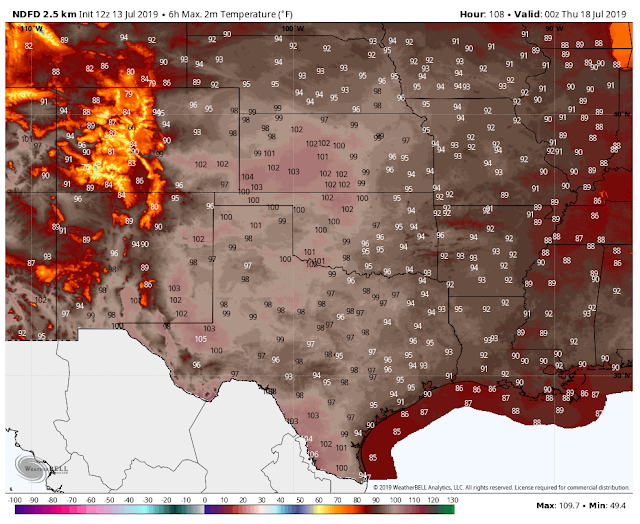 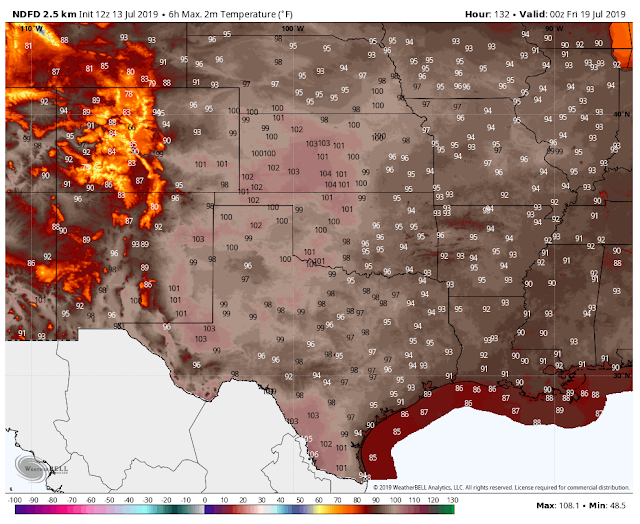 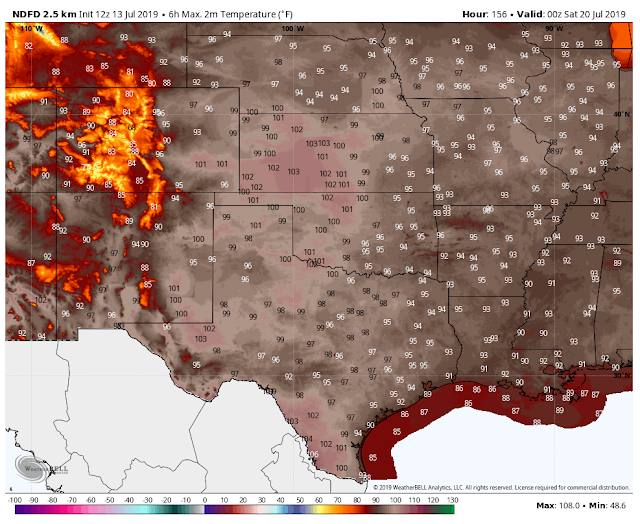 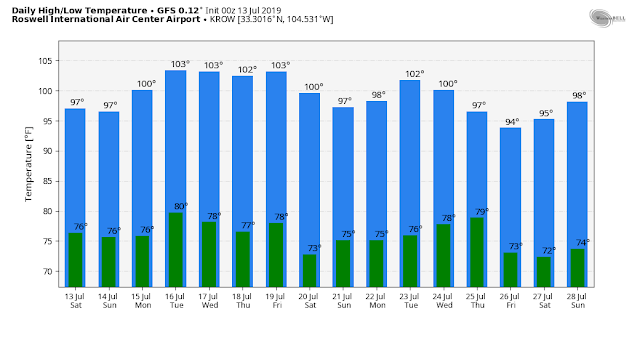 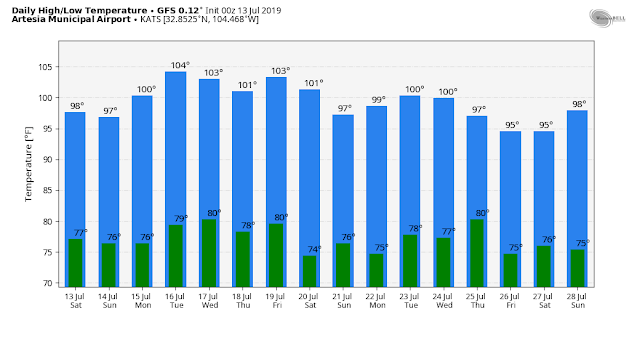 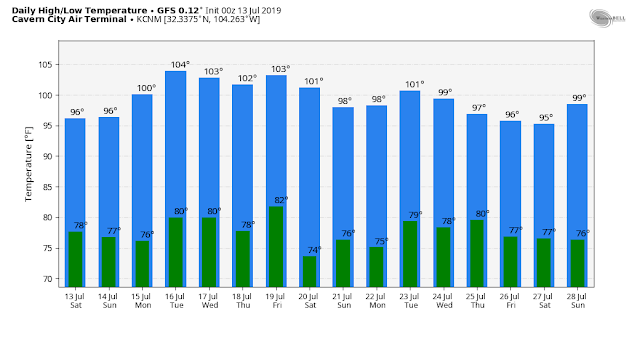 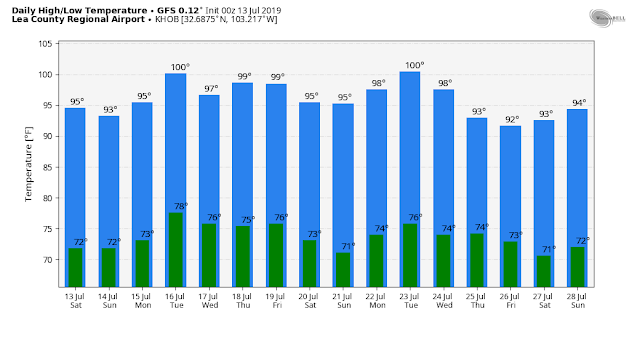 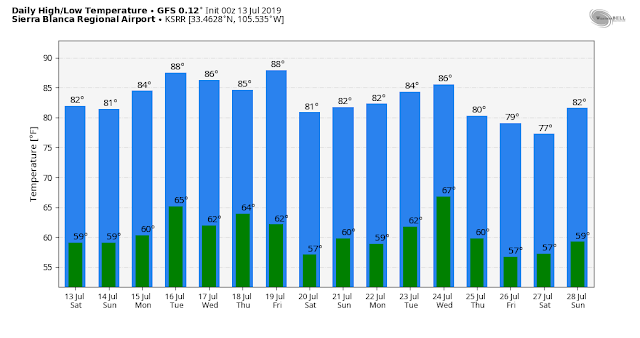 Hot dry conditions are forecast to continue for the local area into the end of next week. A dome of high pressure in the mid-upper levels of the atmosphere centered over the Central Rockies this morning will dominate our weather into the end of next week. This effectively acts as a lid on a pot on a stove trapping heat underneath it. Some of the models argue that a shift in the location of the center of the high by the end of next week may open up the door for a more southerly flow and influx of moisture into the area. Thus more seasonal like temps and increased chances for thunderstorms...maybe. 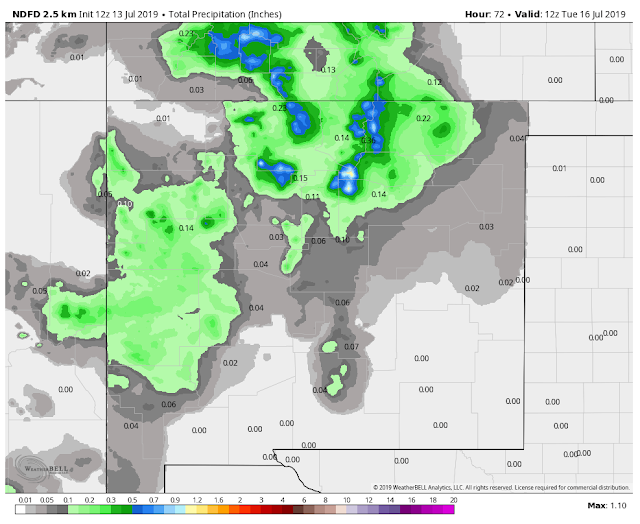 Current forecasts call for the best chances for any storms to occur over and near the northern mountains of the state.

Official High Temperatures Recorded So Far This Year.
(As Of Friday, July 12th, 2019).

Note: The Sierra Blanca Snotel automated weather station located near Ski Apache at 10,280' has had the "coolest high temp" so far this summer.

Note: The Artesia, Carlsbad, Brantley Lake, and Jal Climate Co-Op Stations record their 24-hour high and low temperatures between 6-8 AM. So the readings they reported for July 11th actually occurred on July 10th.

Yes its been pretty hot so far this summer but far from record shattering.

Carlsbad's 108ºF on July 10th is the 68th time that the Climate Co-Op Station has reached a temperature that high.

Climate Information Is Courtesy Of: