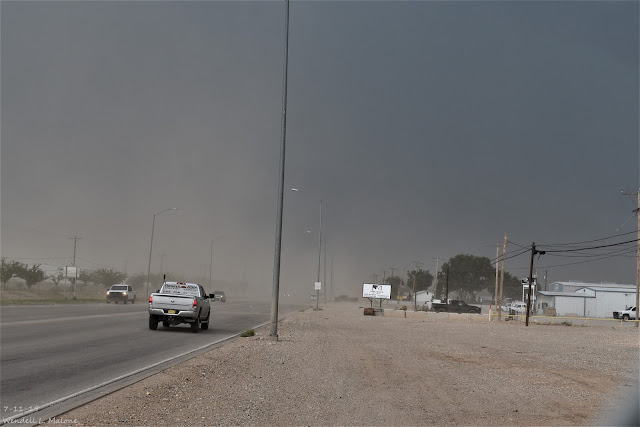 Looking North On US Hwy 62/180 Just North Of The Airport. 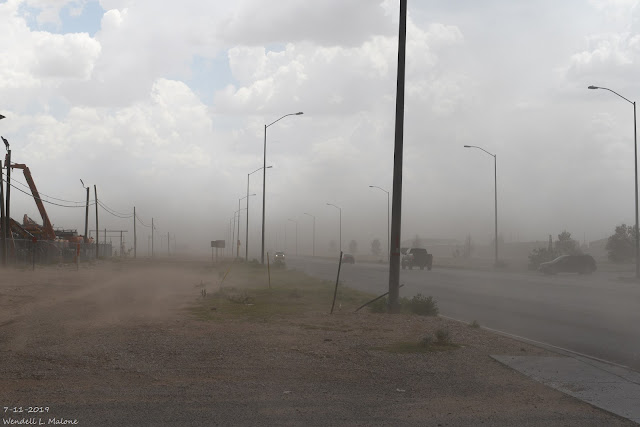 Looking South On US Hwy 62/180 Just South Of The Airport. 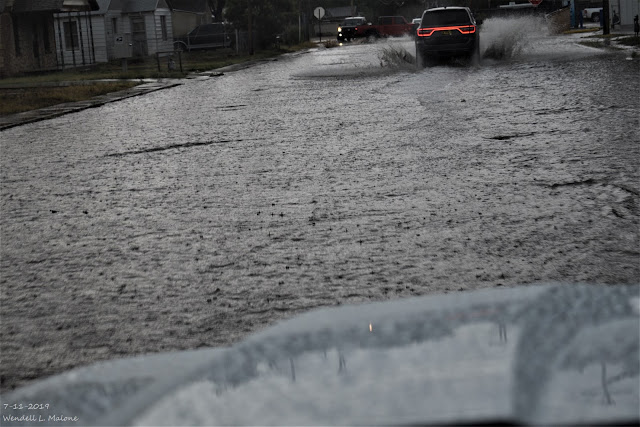 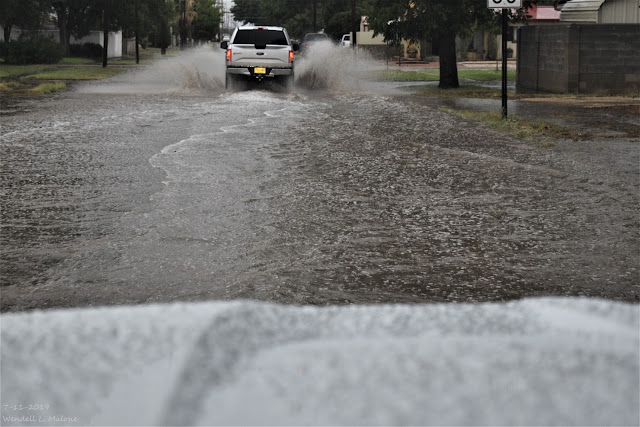 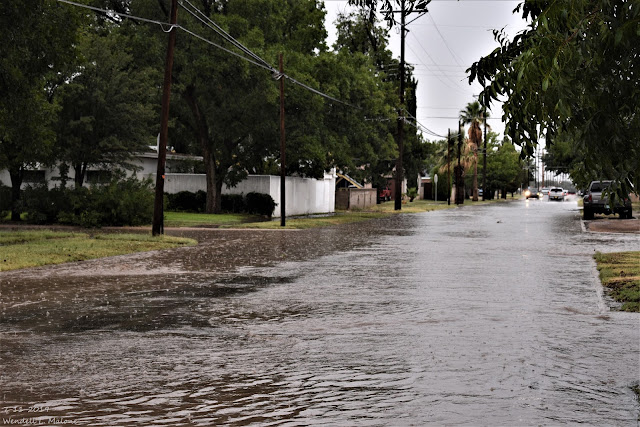 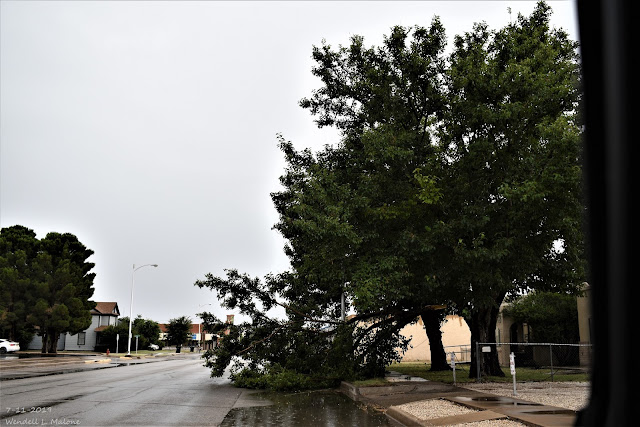 This Personal Weather Station (PWS) reported a thunderstorm wind gust of 60 mph at 2.59 PM MDT Thursday afternoon along with .86" of rainfall.

This PWS reported 2.11" of rain from Thursday afternoons thunderstorm. 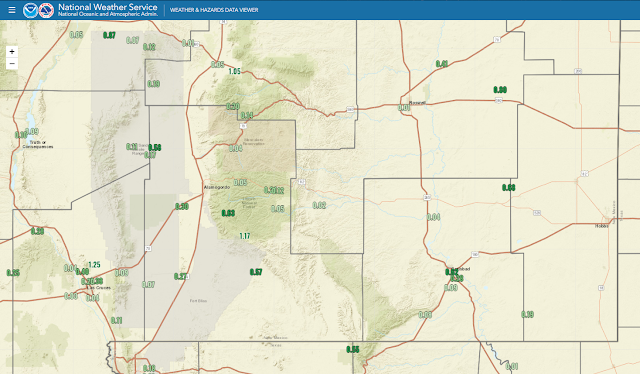 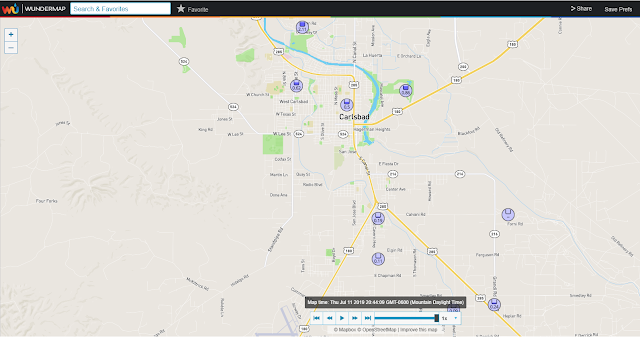 A strong thunderstorm moved into Carlsbad from the northeast just before 3 PM Thursday afternoon. A Personal Weather Station (PWS) in east Carlsbad in the Ridgecrest Subdivision clocked a thunderstorm wind gust to 60 mph at 2:59 PM. Thus the reason for the large tree limb blown down on Canyon street.

Heavy rains fell across the northern and eastern one half of the city with our usual street flooding commencing. The heaviest rains according to radar were northeast of the city.

Here on the northwest side of the city I measured .62". This brings my July total up to .96" and my year-to-date total up to 3.56". The 118 year average for rainfall for Carlsbad from January through July is 6.51". So I've had about half of our long term average rainfall to date.

The Carlsbad Airport located 5 miles south-southwest of downtown only recorded .09". A peak gust of 45 mph was clocked at 3:08 PM. A Skywarn Spotter reported penny size hail in Artesia at 1:19 PM.

The Truth Is Stranger Than Fiction - And Sometimes It Hurts!
at Friday, July 12, 2019