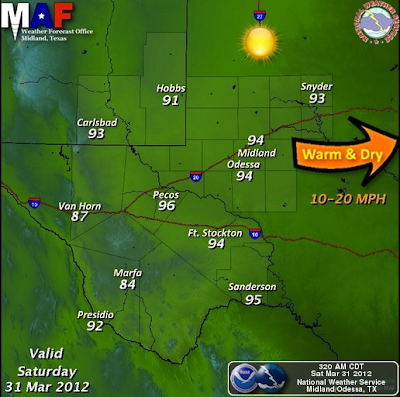 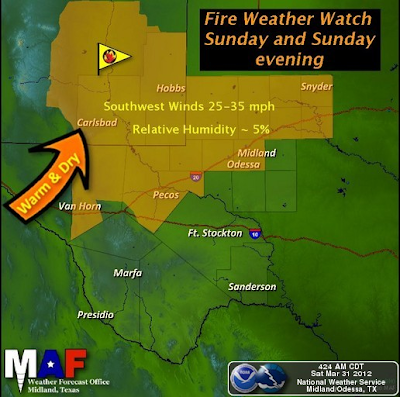 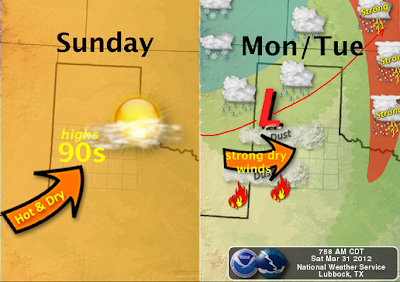 Map Is Courtesy Of NWS Lubbock. 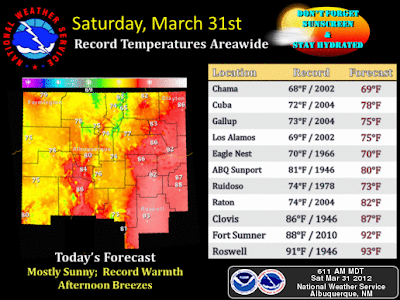 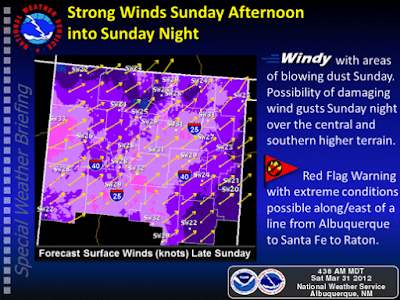 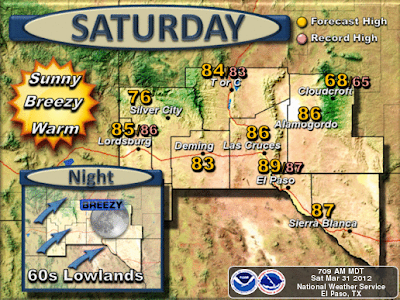 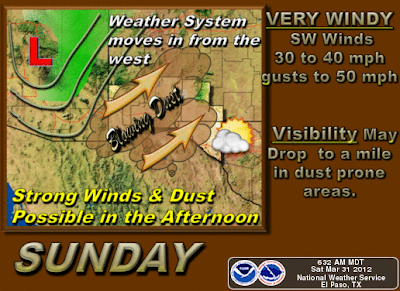 Enjoy today's weather because Sunday and Monday are not looking too good for us. Southwesterly winds are forecast to increase tomorrow with gusts generally in the 40 mph range tomorrow, and the 40-60 mph range on Monday. Areas of blowing dust will also plague parts of the area, and on Monday also.

Today and Sunday is going to be downright hot with afternoon highs in the low-mid 90's. So blast furnace weather has returned to SE NM. A cold front will sweep eastward through the state Sunday night and Monday morning. Monday and Tuesday will be cooler with highs generally in the upper 60's to the low 70's. 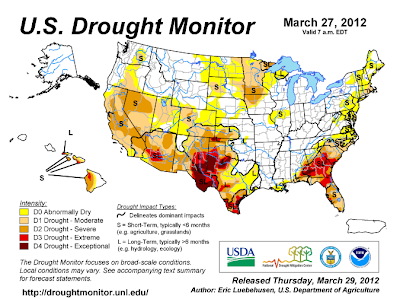 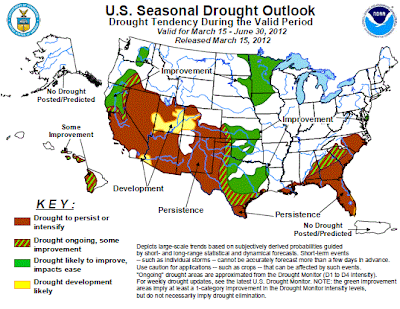 No rain is expected to fall today as we end the month of March. Typically March is one of the driest months of the year and this year has lived up to that reputation.

Many stations in SE NM have recorded eighteen month rainfall totals of between 3" - 5". Long term average yearly rainfall (100-110 years), for the Pecos Valley is generally around 12". Using the long term rainfall averages, most of SE NM continues to run behind some 12" - 15" over the past eighteen months. No short term relief is in sight.

My Web Page Is Best Viewed With Google Chrome.
on March 31, 2012
Posted by Wendell Malone