Potent Winter Storm On Its Way! 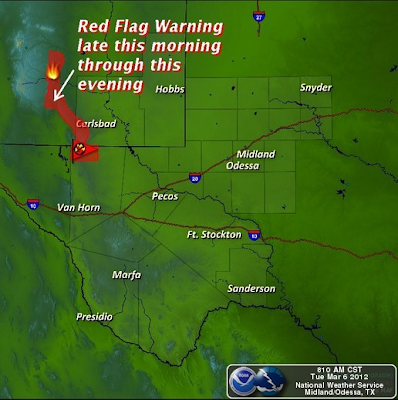 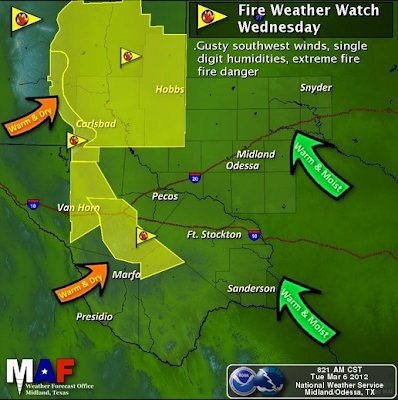 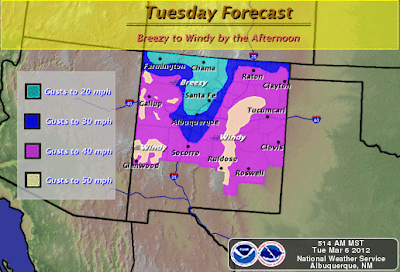 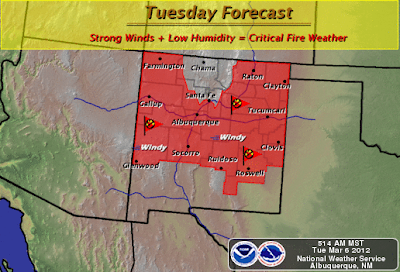 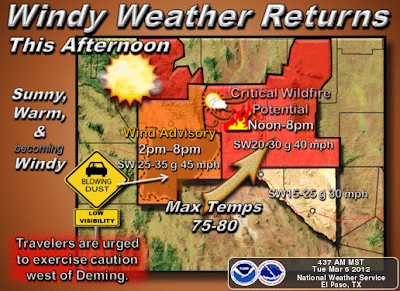 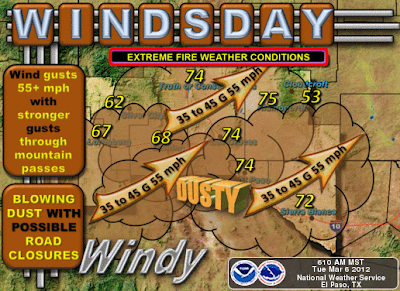 I topped out here in Carlsbad yesterday with a high of 81, as did the Carlsbad Airport. The Roswell Airport reached 78, the Artesia Airport 77, and the Hobbs Airport 75. Normal (1981-2010) high temperatures for March 6th are 65 for Roswell, 67 for Artesia, Carlsbad, and Hobbs. Today and tomorrow's high temperature will remain some 15 to 20-degrees above normal, and by Thursday into the perhaps Saturday we will see our daily high temperatures running some 20-degrees or so below normal.
We are looking at another balmy spring day here in SE NM today. Under sunny skies our afternoon high temperatures are forecast to climb up into the low-mid 80's this afternoon. Southwesterly winds will increase later today to around 25G35 mph across parts of the southeastern plains.
Stronger southwesterly winds at around 25-30G40 mph are forecast to return to the southeastern plains tomorrow. Some of us may even see higher gusts. A widespread high wind and blowing dust event is currently forecast to occur over the southern half of the state tomorrow, and I expect to see similar conditions across southeastern New Mexico.
Potent Winter Storm Headed To NM! 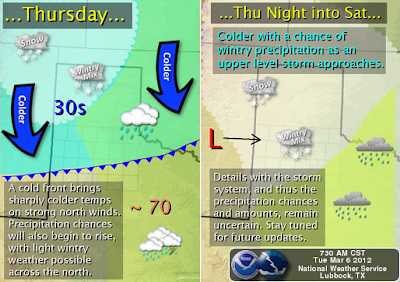 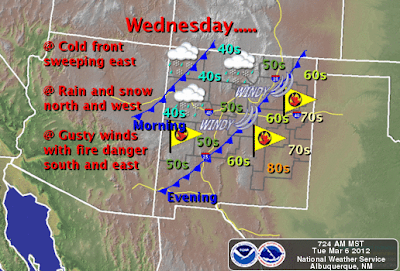 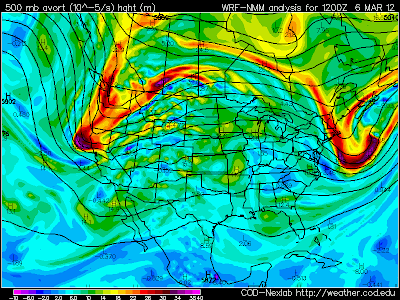 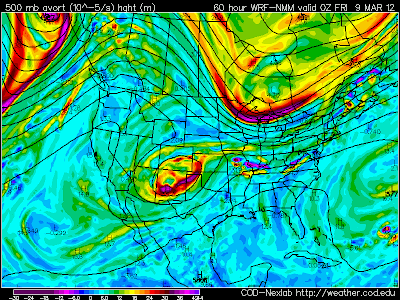 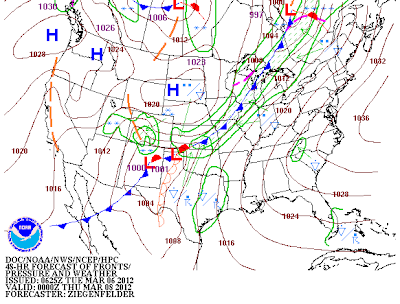 Surface Map Forecast At 5 PM MST Wednesday.
A potent winter storm is currently digging southward in the Pacific Northwest and into northern California this morning. By sunrise tomorrow morning, it should be centered near Las Vegas, Nevada and in the process of closing off. By sunrise Thursday morning it should be centered near western New Mexico and eastern Arizona.
What happens to the track of this potent mid-upper level storm after Thursday morning is still up in the air. The models continue to struggle with its future track and speed. Some of the model forecasts keep the storm over the state into the weekend, while others kick it northeastward into Texas by Friday night.
A strong cold front will barrel into the southeastern plains Wednesday night. Much colder temperatures will overspread the area on Thursday and Friday. Current National Weather Service forecasts for Clovis have them struggling to reach 40-degrees for a high temperature on Thursday. So I am not going to be surprised if we end up being colder here in the southeastern plains than is currently being forecast.
A rain/snow mix remains a possibility here locally Thursday night and maybe Friday into Saturday morning as well. Areas of snow and blowing snow may cause problems across the northeastern and eastern plains of the state on Thursday, combined with wind chill values that are forecast to dip down into the single digits and teens. Accumulating snows are a possibility over the Sacramento and Capitan Mountains, and maybe even the higher elevations of the Guadalupe Mountains.
Hello winter....welcome back to the Land of Enchantment.
The Truth Is Stranger Than Fiction!
My Web Page Is Best Viewed With Google Chrome.
Email Post