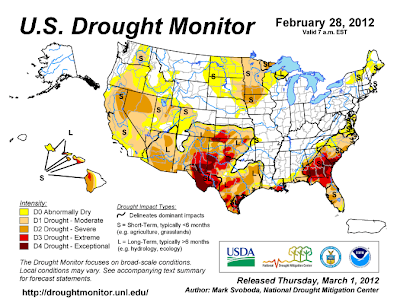 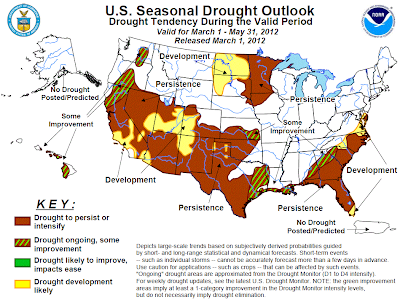 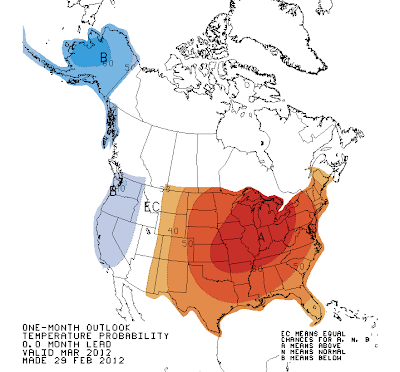 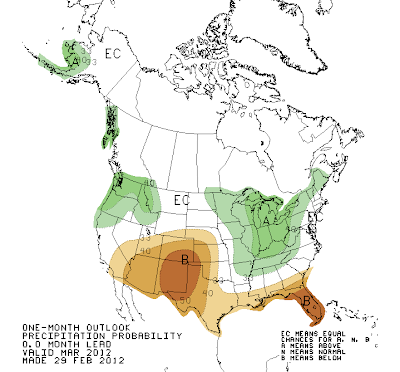 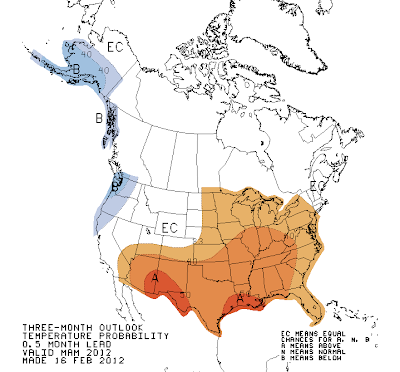 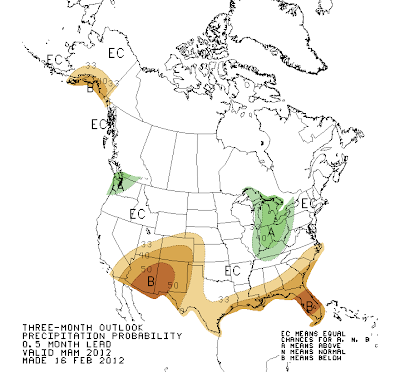 It remains horribly dry here in southeastern New Mexico as we roll into the beginning of the meteorological spring. We currently are experiencing an extreme to exceptional drought (see the top map) across the area. I don't see any significant relief coming anytime soon either.

The drought started in October, 2010. From October 2010 through December 2010 I measured a whopping .13" of rainfall here at my  home in Carlsbad, New Mexico.

I am one of the more wetter stations here in the local area. Somme reporting stations have received only 4" - 5" of rainfall for this period. So in short, we are still lagging behind on average, some 10" -15" of rainfall, which we would normally would have received during the past 17 months. This amount will vary a little over the southeastern plains.