Two Days Of Storm Chasing With My Wife. 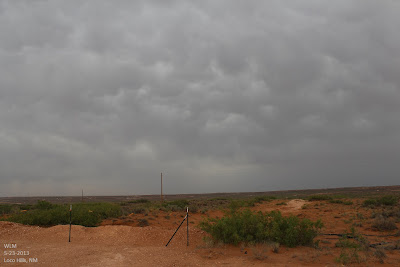 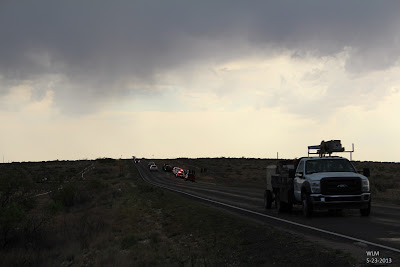 Looking West At Virga On St. Hwy 529 And A Three Vehicle Wreck. 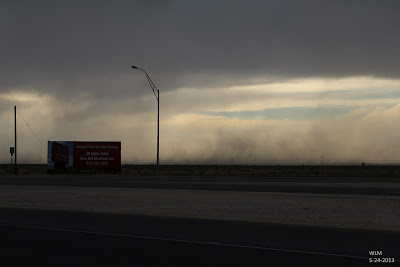 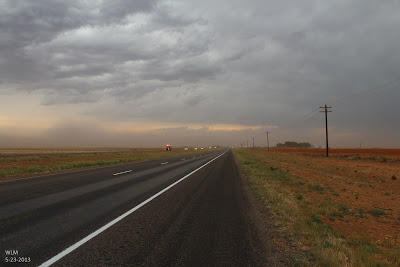 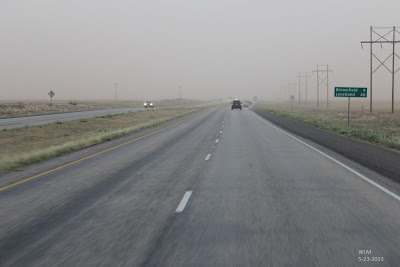 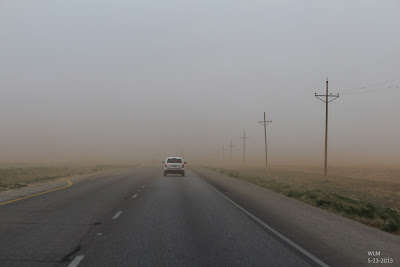 Between Brownfield And Lubbock, TX.

Diane and I left Carlsbad around 2:30 PM MDT Thursday afternoon and headed north up US Hwy 285 towards Artesia, New Mexico. A LP Supercell Thunderstorm had already produced golfball size hail at Lakewood by 2:40 PM. When we arrived in Lakewood at 2:43 PM there was still penny size hail left on the ground. We then headed east of Artesia on US Hwy 82 towards Loco Hills. A Severe Thunderstorm Watch was in effect for Eddy and Lea Counties, with a Tornado Watch in effect for much of west Texas.

By the time we got to Loco Hills the storms had pretty much fallen apart with lots of debris clouds and virga everywhere. We encountered virga bombs with pockets of blowing dust from Loco Hills to Hobbs to Seminole, Texas. A combination the cold frontal passage, and outflow boundaries left over from dissipating thunderstorms produced wind gusts of up to 50-60 mph between Seminole and Brownfield. The visibility was terrible, down to 1/4 of a mile in the blowing dust and blowing sand at times. I wish I could of gotten a picture of the cloud to ground lightning strikes in the blowing dust with 1/2 mile visibility south of Brownfield. Erie looking stuff for sure while a few half dollar rain drops plastered the windshield. 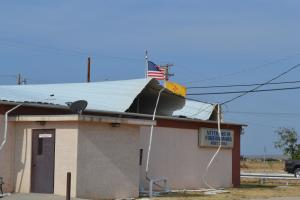 About 120 people were inside of the Carlsbad VFW Post #8703 in south Carlsbad Thursday evening to play bingo when high winds peeled the roof back. I was on my way to Lubbock at the time so I can't say with 100% certainty, but from what my wife and I observed while storm chasing that evening, it looks like to me that a dry microburst may have hit the building. Or possibly high winds from a virga bomb that produced the dust swirl. Looking at radar at the time I didn't see anything that indicated rotation associated with a supercell thunderstorm on radar. What I did see on radar was a high based dry thunderstorm approaching the city from the west at the time. Dry microburst wind gusts can reach speeds of 100 mph or more. 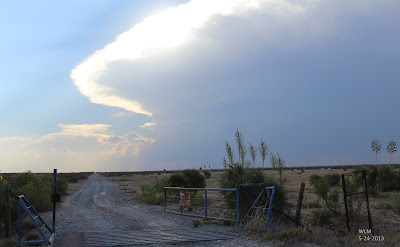 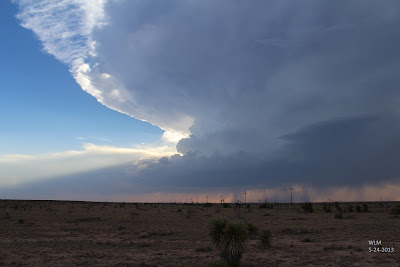 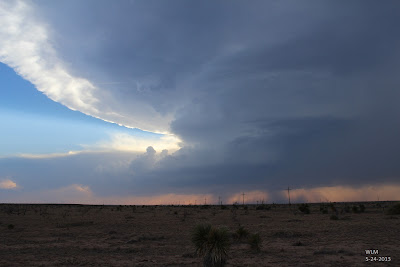 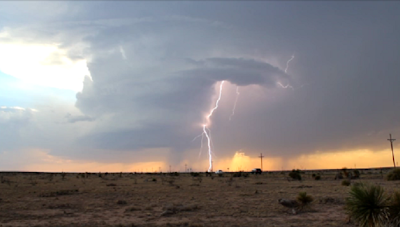 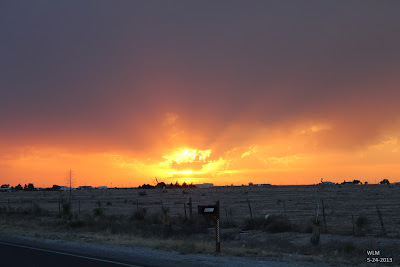 Fire In The Sky Just West Of Artesia, NM. 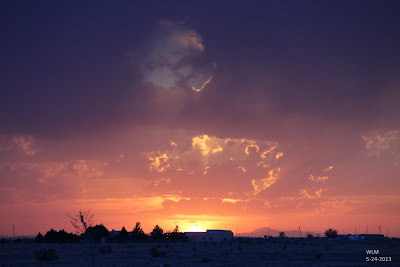 Just West Of Artesia, NM.
Hole In The Clouds With Sierra Blanca Peak In The Background. 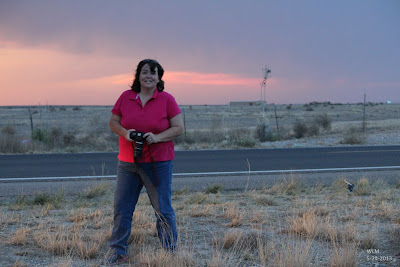 The Best Part Of The Chase Was Having My Wife (Diane) With Me. 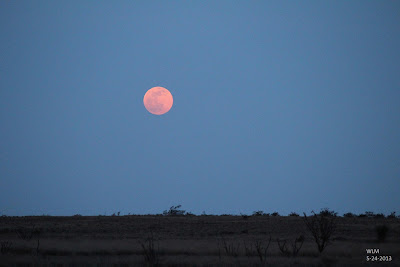 While The Sun Was Setting To Our West -The Moon Was Rising In The East.

While coming back home from Lubbock Friday afternoon we noticed a nice storm blooming along the east face of the Sacramento mountains, north of Mayhill, via GRLevel3.200 radar on my laptop. This thunderstorm was Severe Warned by the El Paso National Weather Service Office, so we made a pit stop in Carlsbad, then headed north to Artesia, and then west towards Hope.

By the time we got into position between Artesia and Hope to watch this beautiful LP Supercell Thunderstorm approach from the west-northwest, which was moving to the southeast, the warnings had been cancelled. But it made for some good pictures and at one point had some nice structure in it. We observed some nice mid-level banding, a brief lowering a couple of times with some unattached scud clouds being pulled upward into it, but no well defined wall cloud.

As remnants of this thunderstorm moved over the Roswell, New Mexico airport a virga bomb produced a wind gust to 70 mph at 6:56 PM MDT.

We stopped in Artesia and had dinner then headed home. We pulled over on White Pine Road and watched the lightning show for about an hour. The Midland National Weather Service Office issued a Severe Thunderstorm Warning for a small line of thunderstorms moving southeast. Unfortunately the storms missed my home here in Carlsbad so dry we stay. I had fun storm chasing with my wife...she took a lot of photos and was pretty excited about the storm but disappointed again that she didn't get to see a tornado.