100-Degrees Temps The Next Three Days - Then Come The Rains? 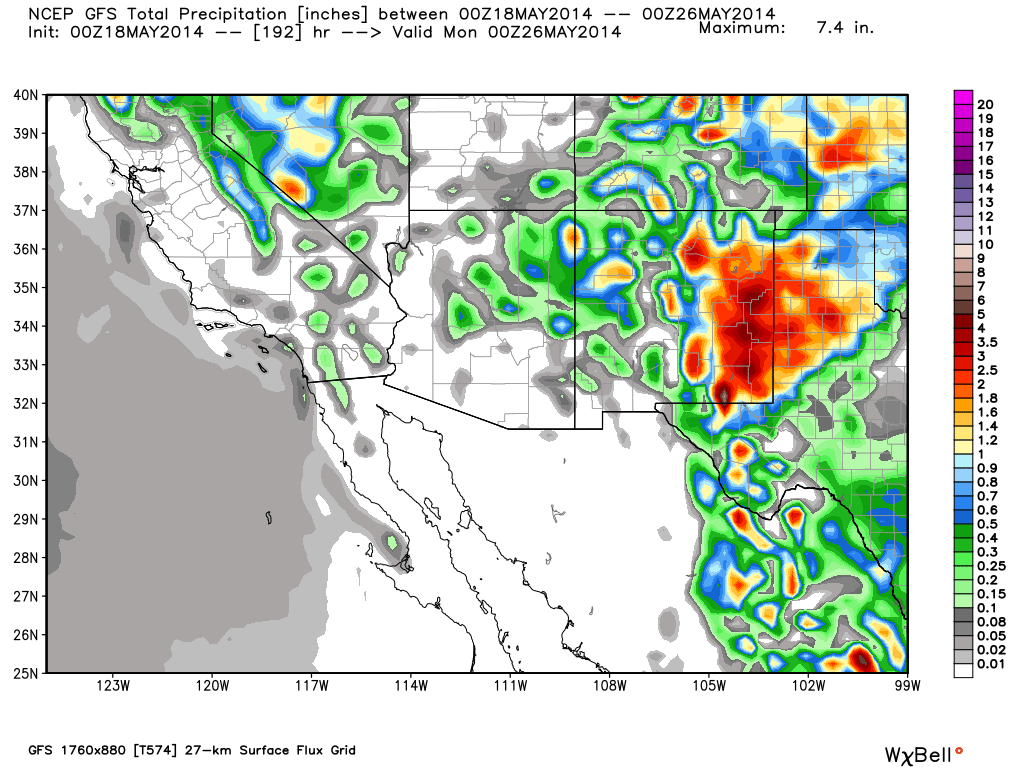 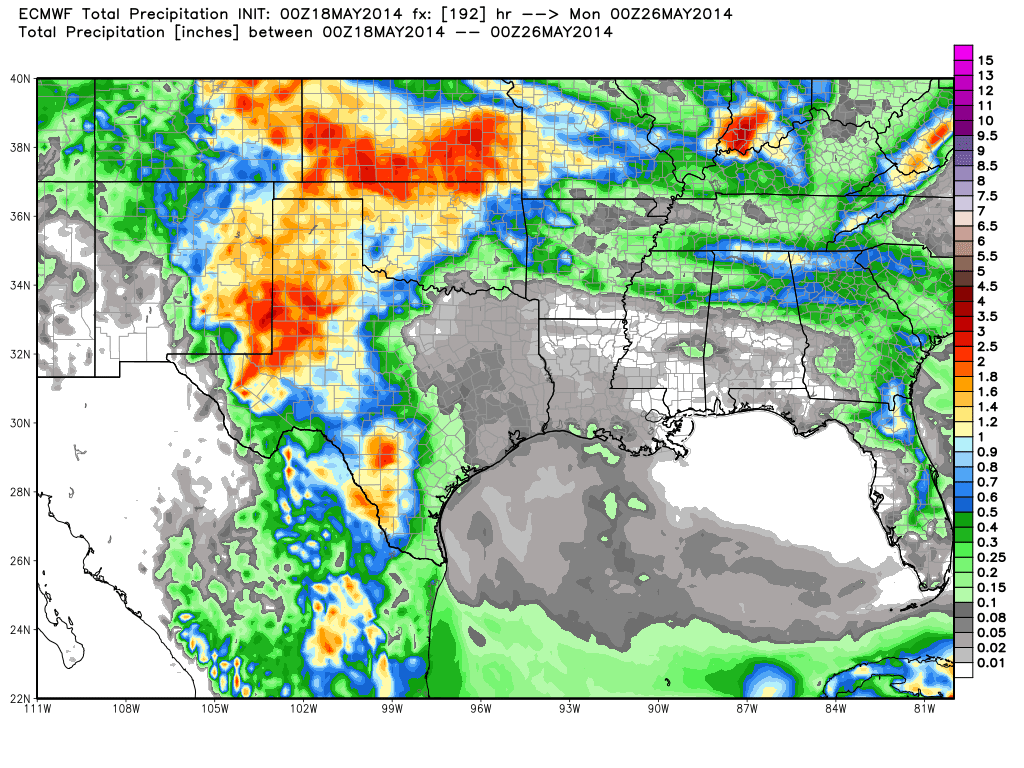 Southeastern New Mexico will flirt with 100-degree temps today, tomorrow, and Tuesday. With these hot temperatures comes dry downsloping southwesterly winds and a very high fire danger for the area.Then changes will begin by Wednesday as the models continue to hint at a cut off upper level low parking itself over the Desert Southwest by the middle to end of this week. This means a change in the wind flow at the low and mid levels of the atmosphere which will lead to an increase in moisture across the area.

Which of course means slightly cooler temps and an increased chance for some widespread rainfall. Its dryline season so we may also see some severe thunderstorms possibly as early as Wednesday and then on into the weekend as the storm to our west stalls.

Last nights 6 PM MDT run of the U.S. GFS model (first graphic above) gets rather excited about some heavy rainfall for us. I don't know yet if I buy the 5+ inches across the Guadalupe's by Sunday evening though. However the models continue the trend of producing some beneficial widespread rainfall across the area.

So we may also have to watch out for the possibility of some localized flash flooding with some of the stronger thunderstorms especially by the end of the week going into next weekend.

Last nights ECMWF model (second graphic above) was a little less generous with the heaviest rainfall totals by Sunday evening but like the GFS depicts a large area of heavy rainfall.

There are still lots of unknowns/maybes/ifs at this point but this is the most excited that the models have consistently been in forecasting widespread beneficial rains for the local area since last September.

Here's hoping/wishing/praying the models are right!!!!