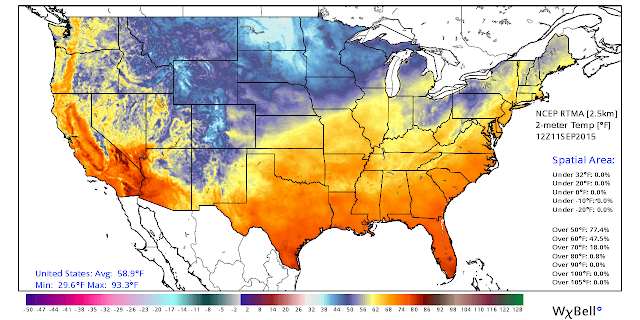 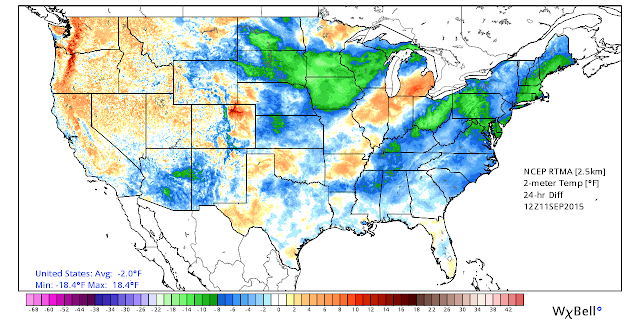 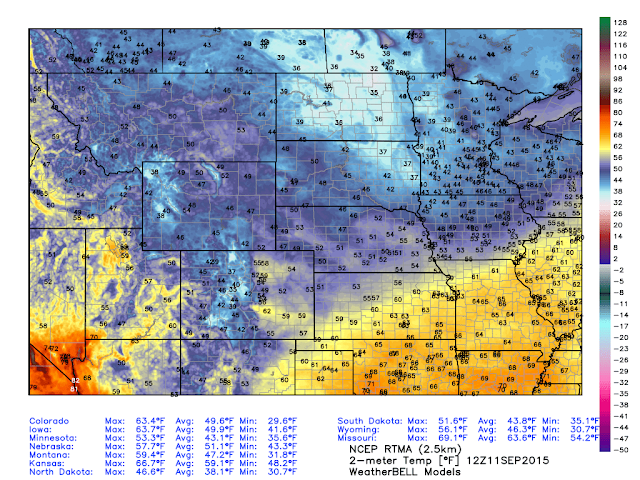 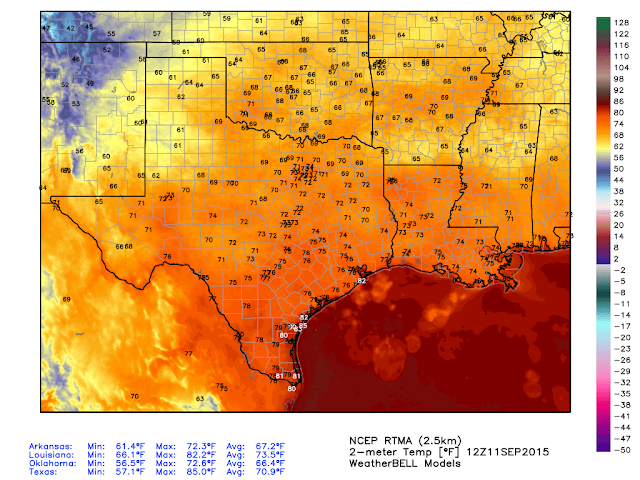 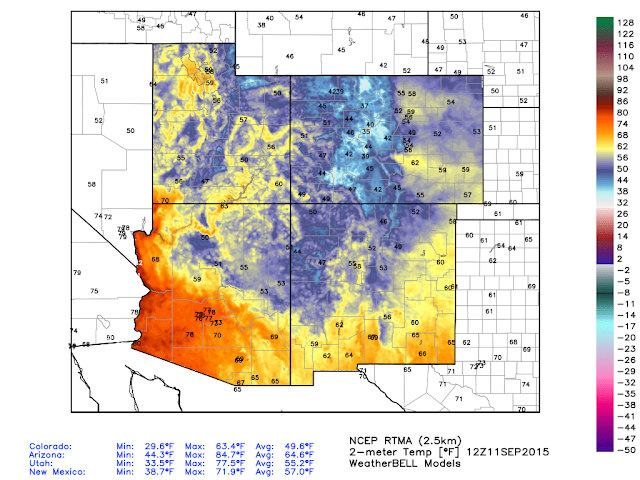 Much cooler temperatures will be draped across the area on Saturday with our afternoon highs peaking out in the 70's to around 80. Saturday morning and Sunday morning will also be seasonably cool with low temperatures in the 50's to near 60. Of course the higher mountain valleys will be even cooler with readings in the 40's and a few 30's at the highest elevations.

Scattered thunderstorms will fire up ahead of, along, and behind the approaching cold front this afternoon into tonight. Locally heavy rainfall will be a possibility along with a localized flash flood threat. A few spots could end up seeing storm total rainfall amounts of 1"-3" by Sunday.