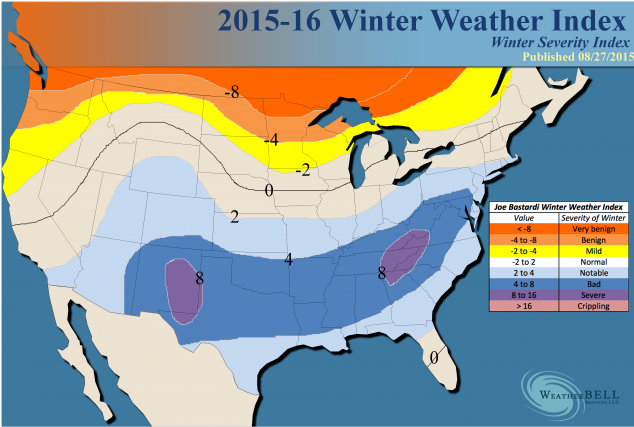 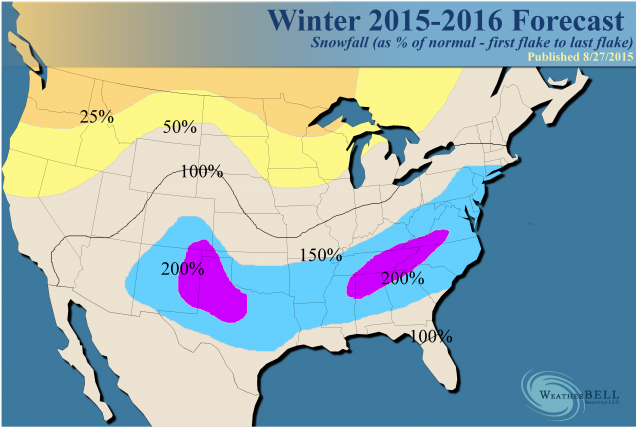 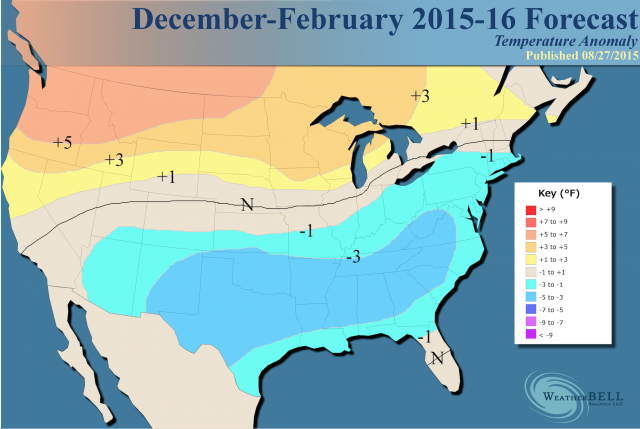 WeatherBELL Analytics LLC has just issued their 2015-2016 Winter forecast and its a dozy for New Mexico. They are calling for a "Bad Winter" over all of the state with "Severe" conditions over roughly the eastern on half of the state. Click on the link to read more about their winter forecast for the nation.