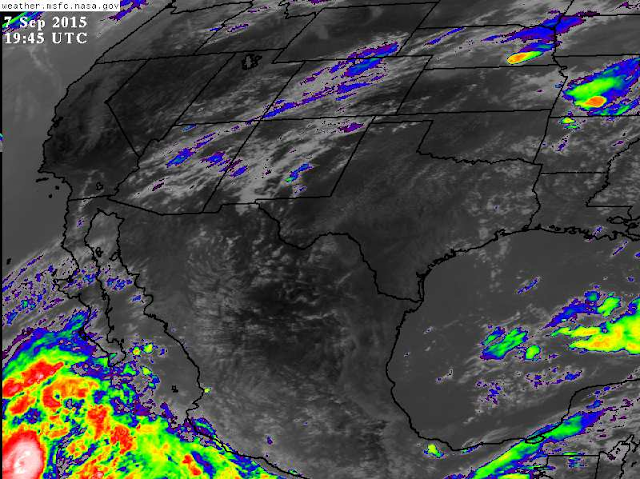 Hurricane Linda was located 365 miles south-southwest of the southern tip of Baja, California at 3 PM MDT today. Linda has sustained winds of 105 mph with gusts near 125 mph. Her central pressure was down to 969 MB or 28.62". She is moving off to the northwest at around 12 mph. 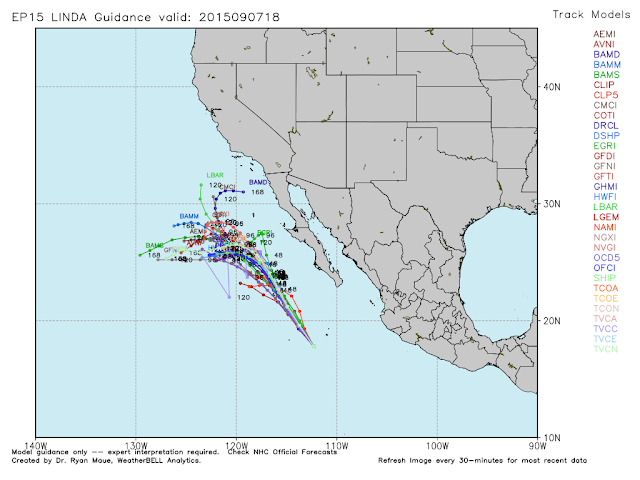 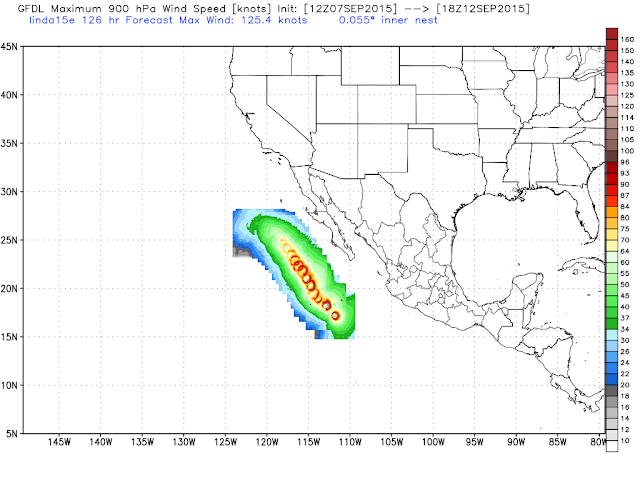 Although Linda is forecast to remain at sea and die a slow death over colder waters this weekend remnant mid and high level moisture from the Hurricane will work its way into New Mexico by the middle of the week into the weekend. 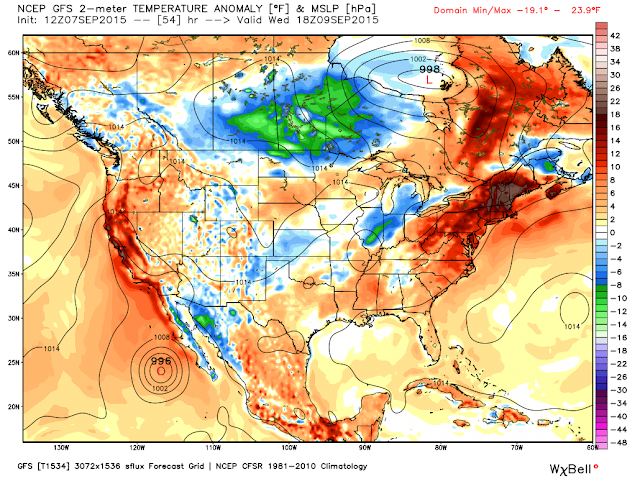 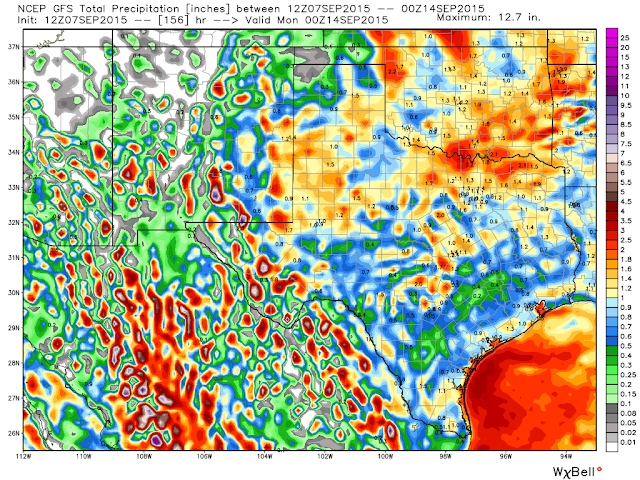 A weak cold front is expected to push its way southward into the local area by Wednesday. Thunderstorms are forecast to increase over the local area Tuesday into the weekend. This will be especially true Wednesday into the end of the week as the cold front stalls over the area and mid level moisture increases and works its way northeastward into the area as Hurricane Linda flounders and weakens southwest of Baja.

Highs on Tuesday will remain in the mid-upper 90's ahead of the approaching cold front but should cool about 10-15 degrees into the mid-upper 80's behind the front Wednesday into Friday.

The Truth Is Stranger Than Fiction!
at Monday, September 07, 2015