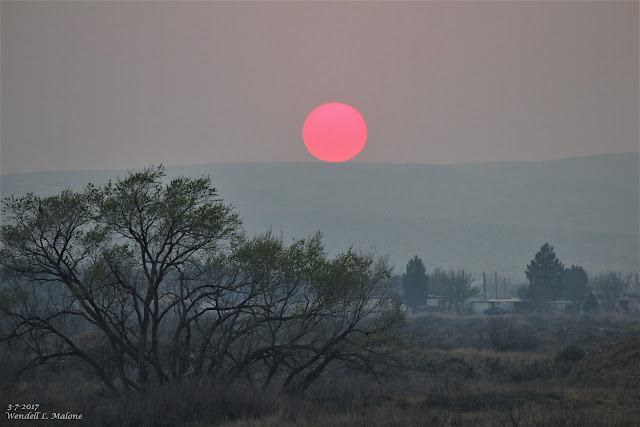 Where Did All Of This Smoke Come From? 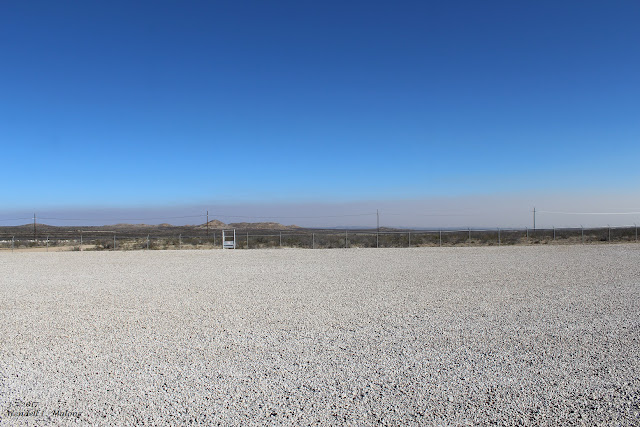 Looking To The Northeast At The Smoke Layer Moving To The Southwest Along The Approaching Cold Frontal Boundary. 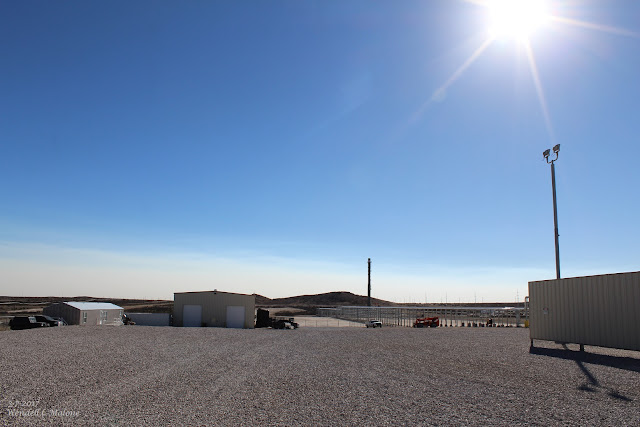 Looking To The East At The Smoke Layer Moving To The Southwest Along The Approaching Cold Frontal Boundary. 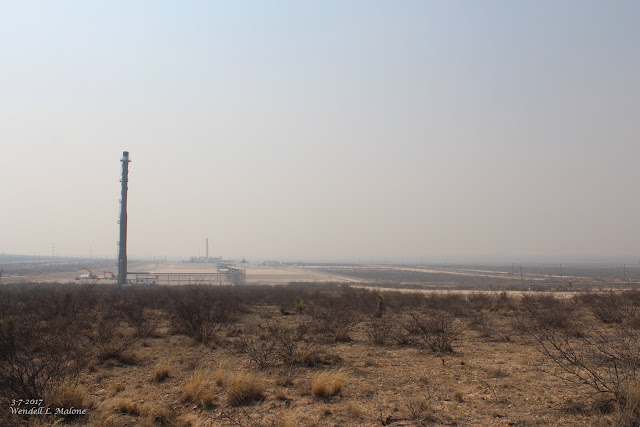 Looking Back To The West This Afternoon. 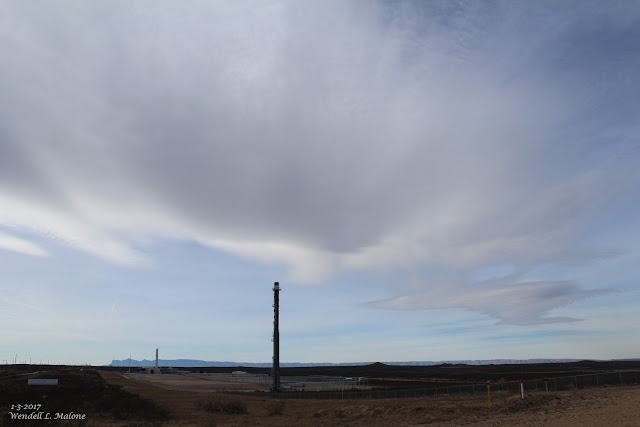 Compare This Photo (Taken Jan 3, 2017 & Looking West At Guadalupe Peak) To The One Above It.
Note How Restricted The Visibility Was Today Verses On January 3rd. 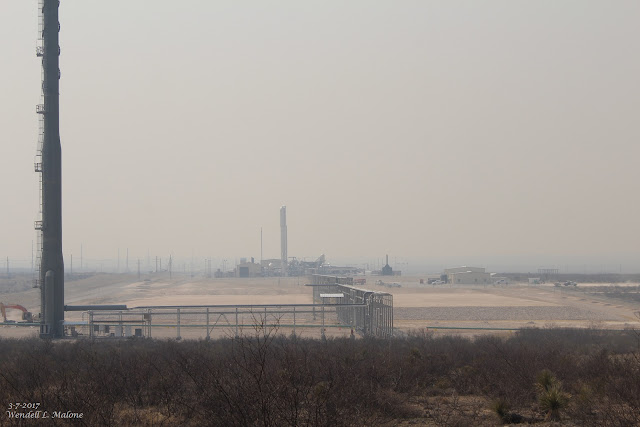 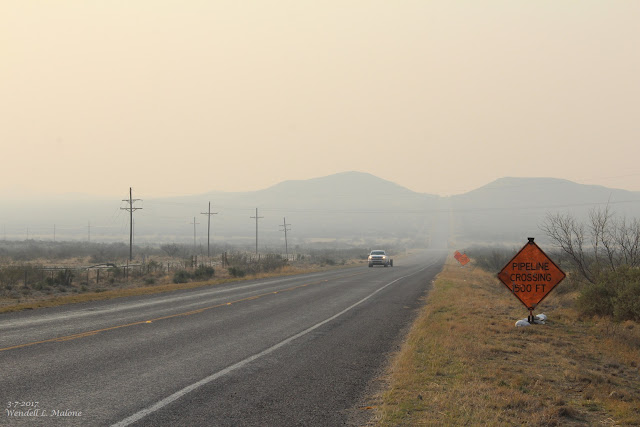 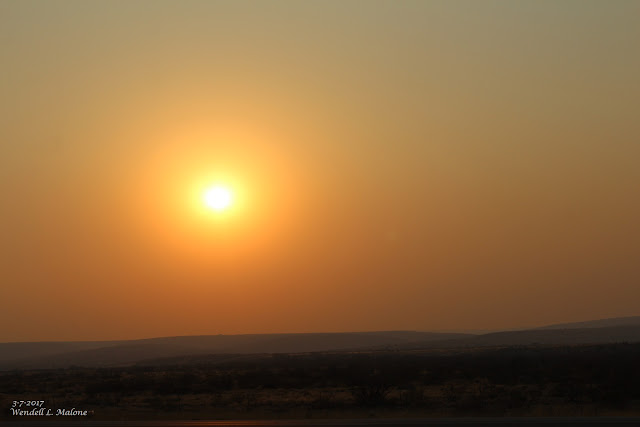 Today left many people in Southeastern New Mexico and West Texas scratching their heads and wondering where in the world did all of that smoke come from? Volunteer firefighters went hither and thither chasing after fires that weren't there because of it. Not to mention the scratchy eyes and burning throats and coughing it produced too.

I took the first three photos (And The 5th Photo) above from inside of the Hidalgo Gas Plant where I am employed which is located 18 miles west of Orla, Texas in northern Culberson County. The fourth photo was shot on Farm Market Rd #652 looking west. The last photo was taken between Whites City and Carlsbad along U.S. Hwy 62/180 looking west. The first photo was in Dark Canyon in Carlsbad and there were no color touch ups to the photo. The sun really was that red due to the smoke at sunset. 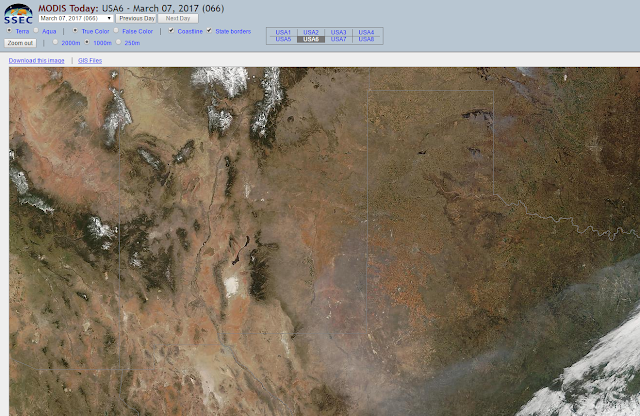 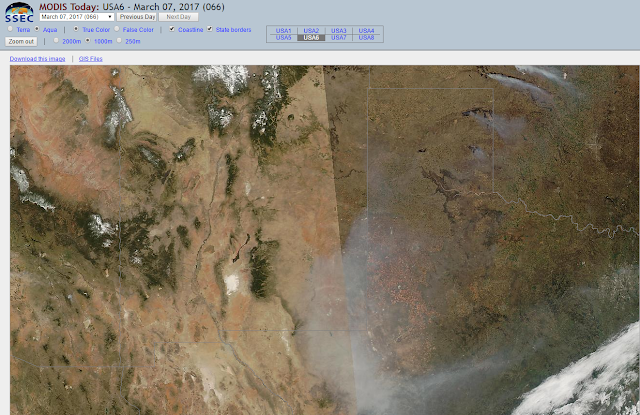 A cold front moved southward and southwestward into Southeastern New Mexico and West Texas late this morning. North and northeasterly winds carried smoke into the local area along and behind the cold front. Take a look at my first two photos above at the Gas Plant. You can clearly see that the smoke layer wasn't very thick, perhaps only a couple of hundred feet or so.

The smoke is easily seen in the satellite images above taken today. The curved outline of the smoke also indicates the location of the frontal boundary as it was pushing south through the area. Note too the ongoing fires in the Texas and Oklahoma Panhandles. These fires broke out during Monday's strong winds, some of which gusted higher than 50 and 60 mph.