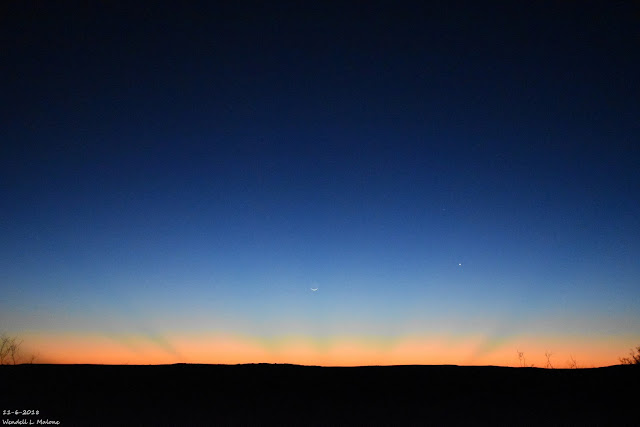 November 6th, 2018.
Looking East At The Breaking Dawn Along The NM/TX State Line SW Of Carlsbad. 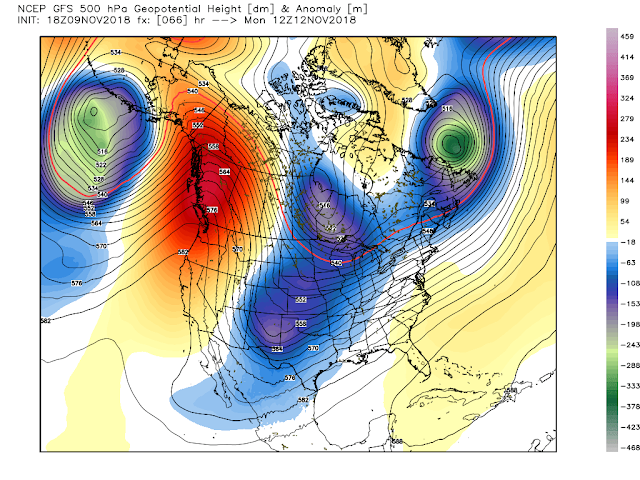 Most of the local area has yet to experience its first freeze of the season. Some of us have seen a light frost and even a light freeze but most have not. It would appear that we will see our first freeze and maybe even our first snow come Monday. Although its yet early the forecast models are picking up on this possibility. This may even be a significant winter storm over parts of the area in particular the Eastern Plains of New Mexico and the South Plains of West Texas.

Timing of the storm and how far south and west it digs into New Mexico will be a major factor in who gets the heaviest snow and when. Details of this upcoming winter storm are a little fuzzy yet so check back for more updates in the next few days ahead.

Both the U.S. GFS and European (ECMWF) forecast models are in good agreement that a winter will impact much of the area Sunday into at least Monday. Especially over Eastern New Mexico. A southward and westward digging short wave trough of low pressure (centered near Vaughn at sunrise Monday) is forecast to briefly close off over the area. Combine this with the seasons coldest air mass to date and boom snow is in the forecast. 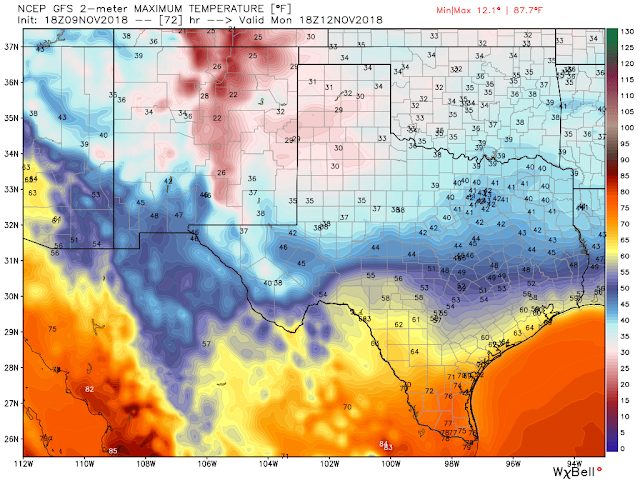 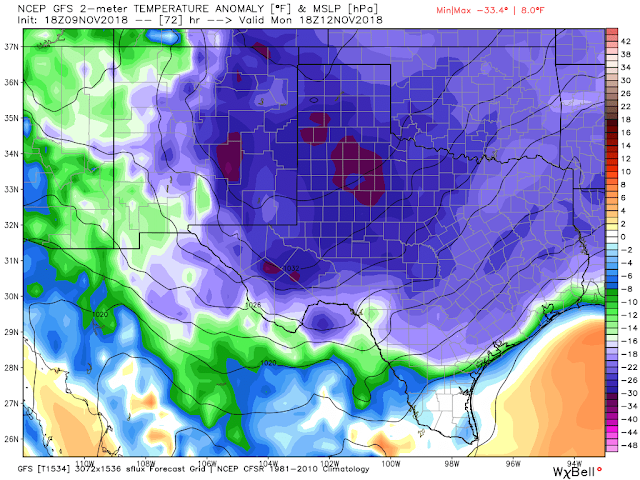 Arctic air will overspread the area Sunday night and Monday behind a strong southward moving cold front. High temps Monday look to only be in the 20's and 30's locally. These readings will be some 20º to 30º below normal for the date. 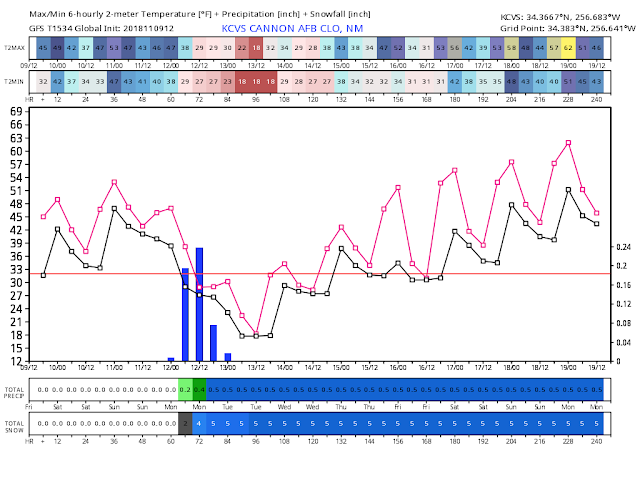 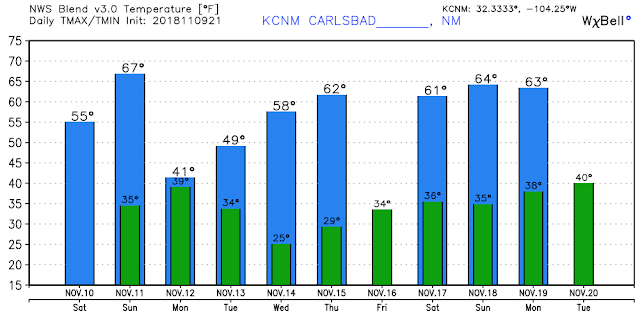 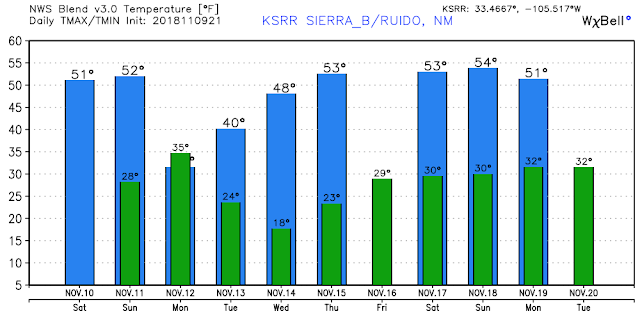 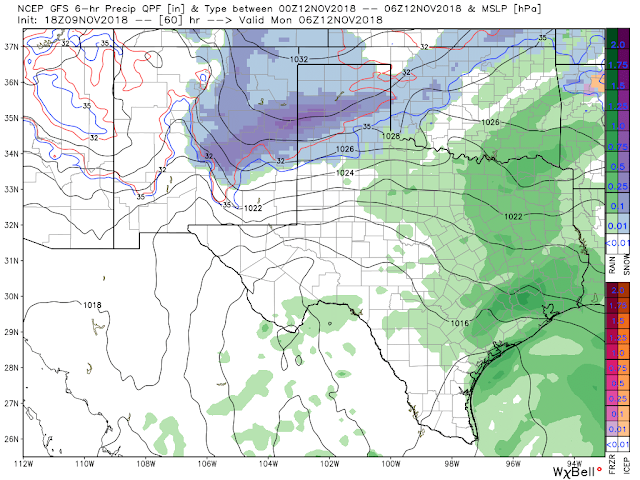 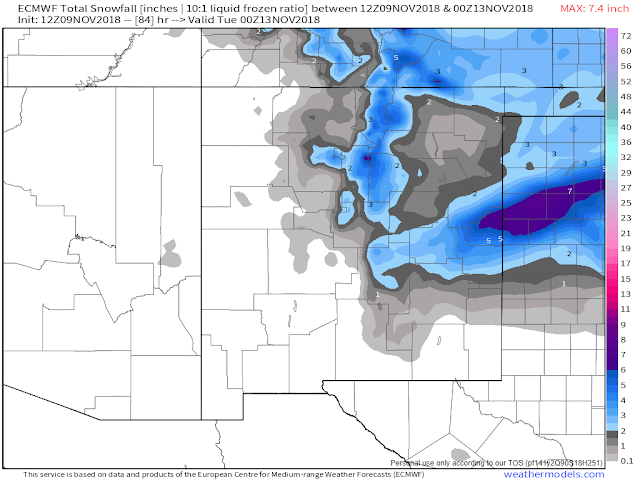 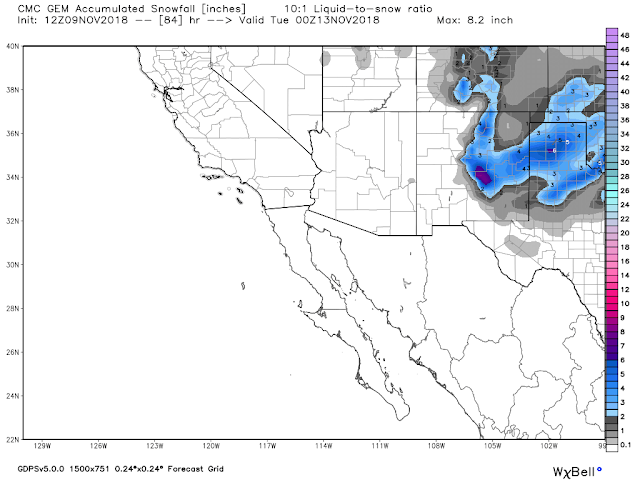 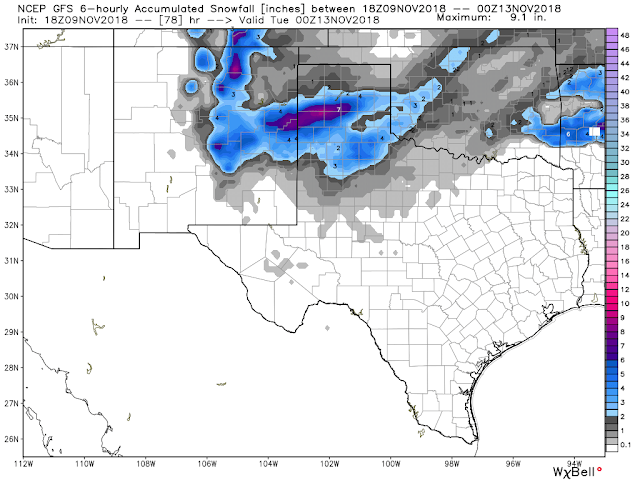 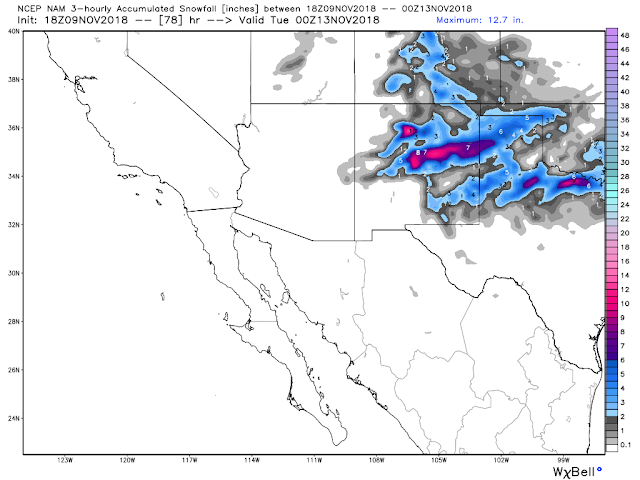