A Cold White Mid-April Morning For Many In New Mexico. 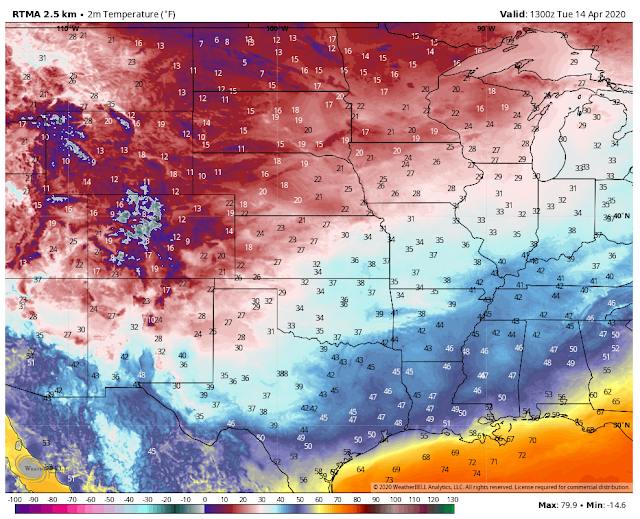 At 7 AM MDT This Tuesday Morning. 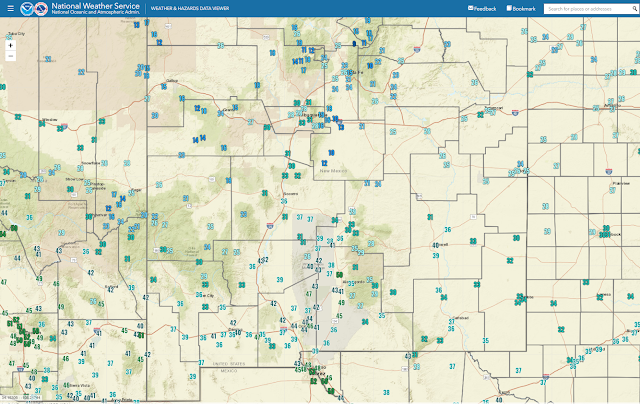 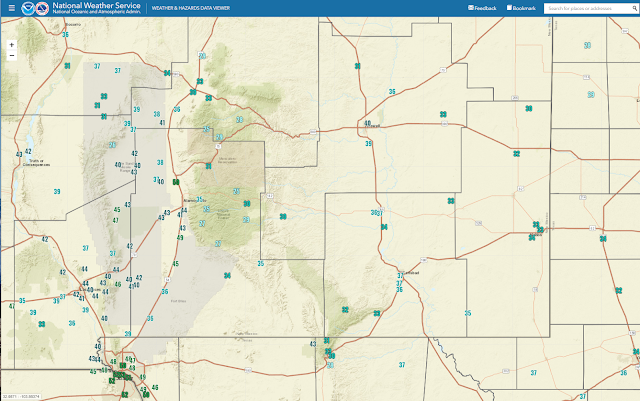 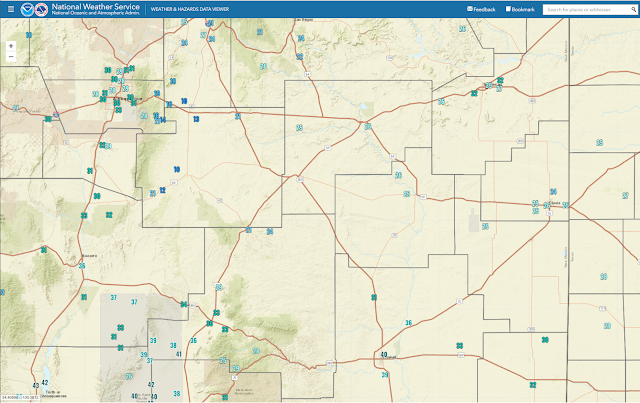 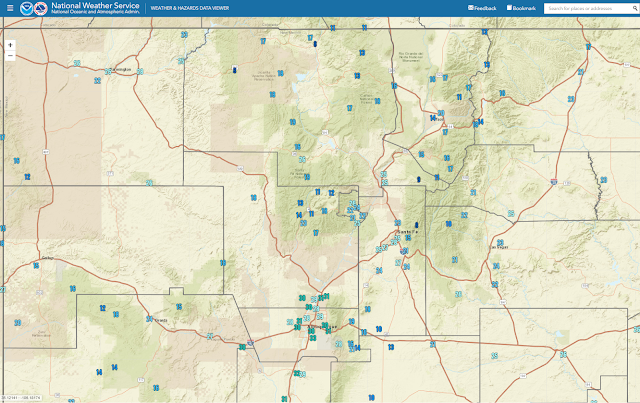 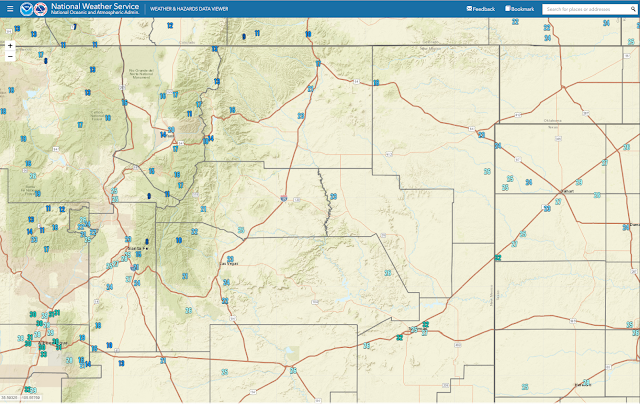 With snow cover over parts of New Mexico this morning the thermometer fell out in many places. Some single-digit lows were reported in the northern mountains. Here in Carlsbad, I dropped down to 37ºF. The Carlsbad Airport reported 36ºF which is chilly compared to the normal for the date of 46ºF. But that's not even close to the record low of 24ºF set at the airport back in 1933. By the way on April 14th, 1928 the Carlsbad Climate Co-Op Station recorded 7" of snow on the ground. 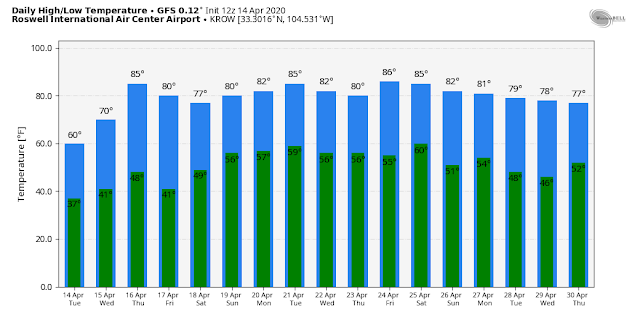 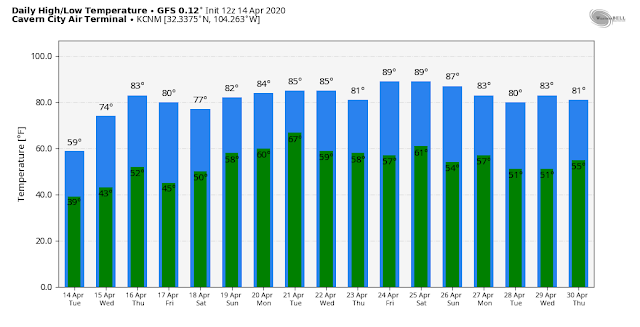 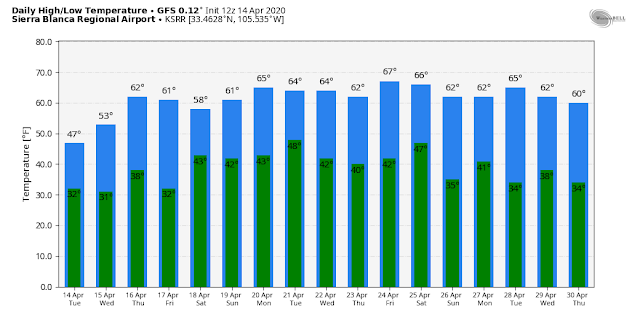 For now, anyway, the models are calling for much warmer temperatures for the near-term and extended period. Let's see how long that lasts.