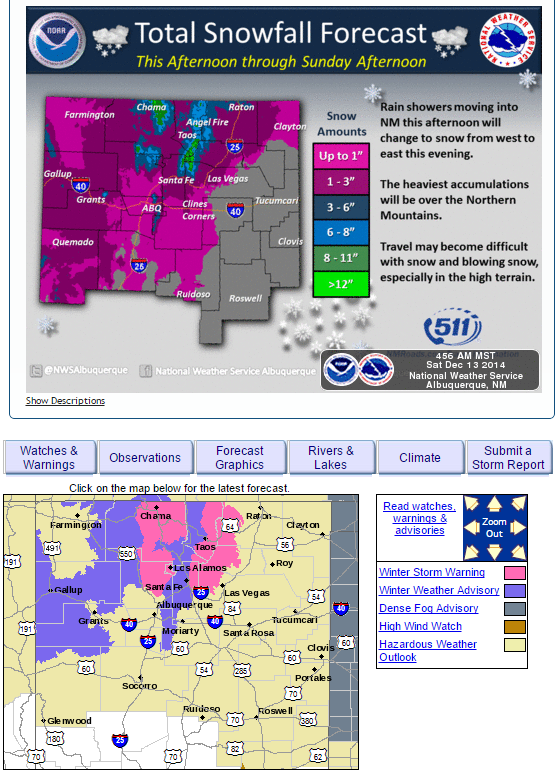 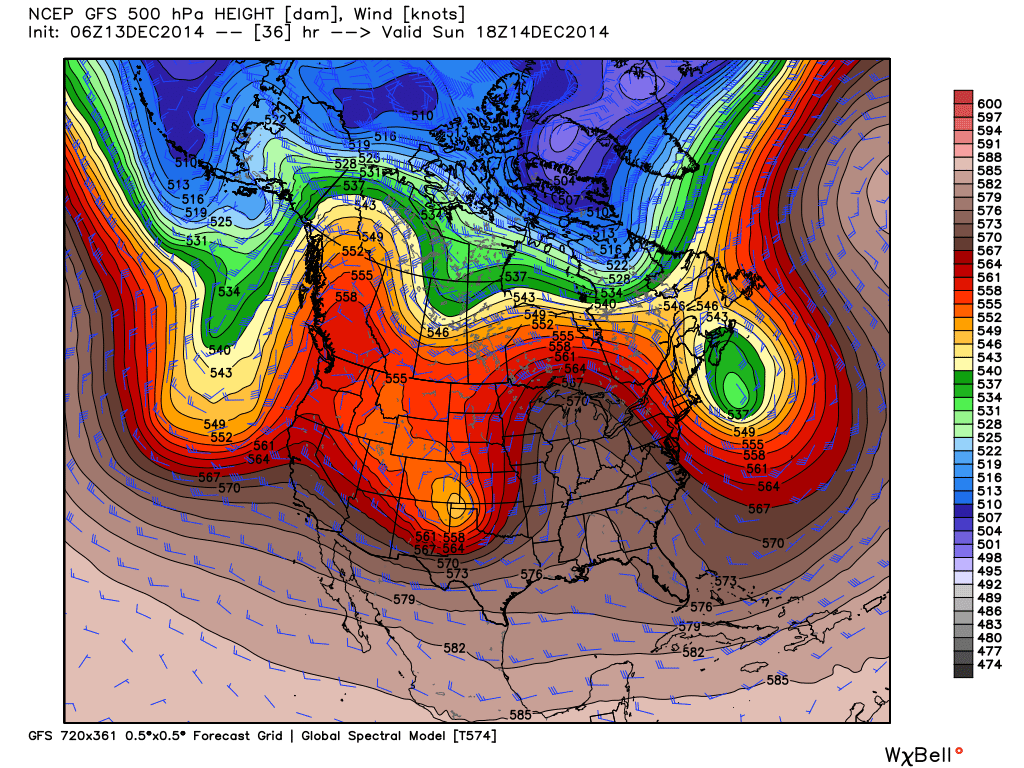 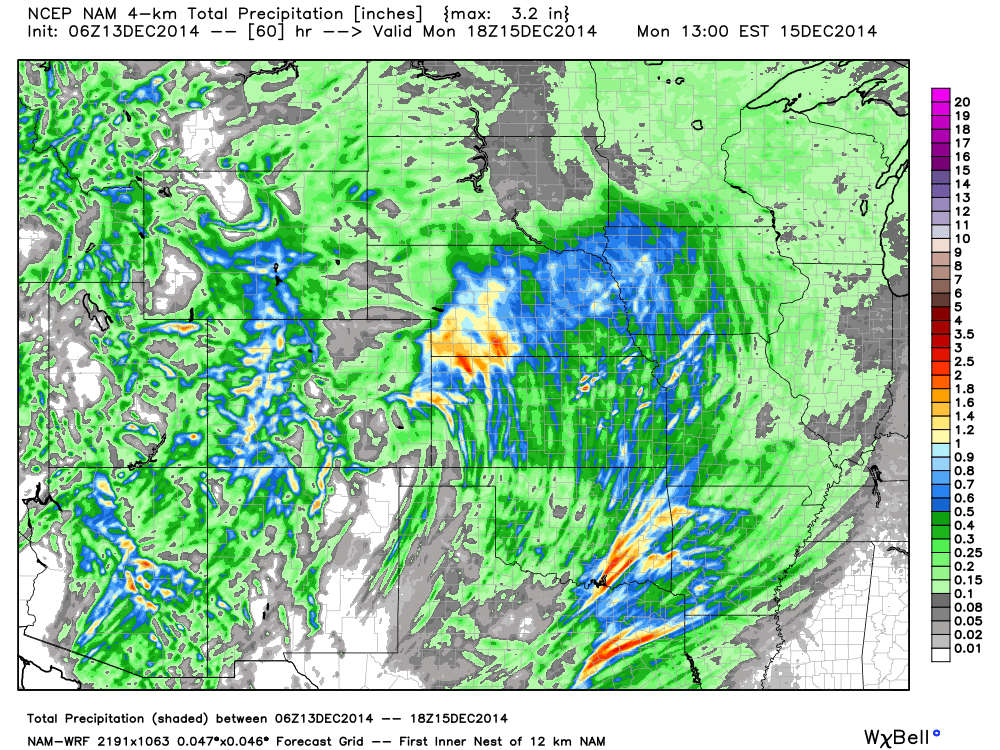 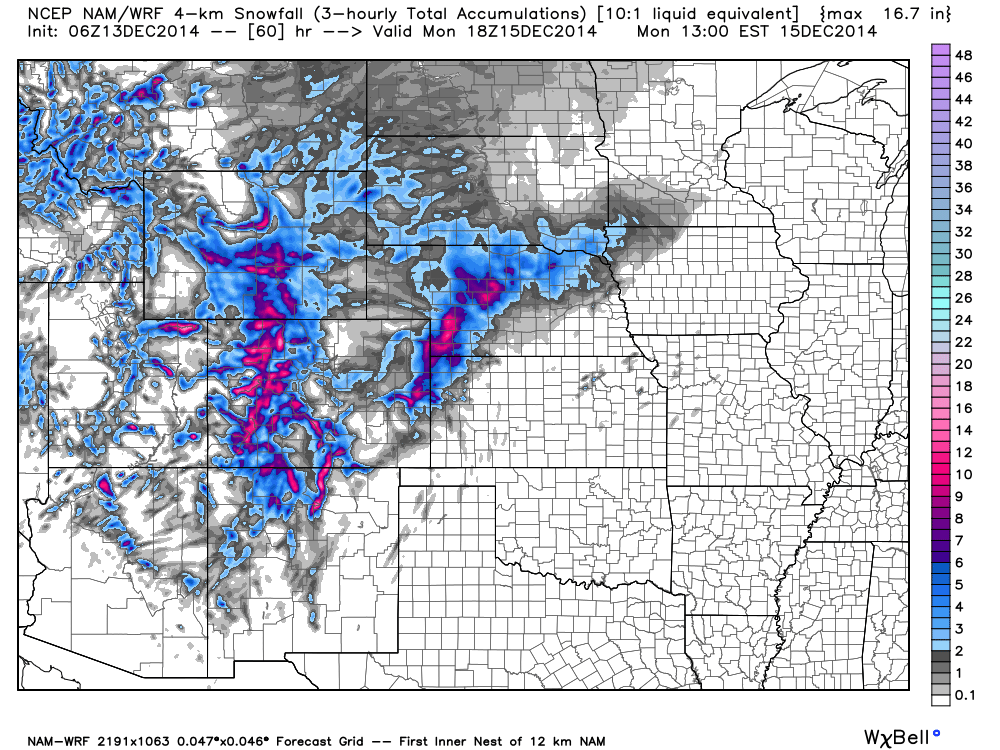 Winter Storm Warnings are in effect for the Sangre de Cristo mountains of northern New Mexico where some 8' - 12" of new snowfall is forecast. Greater amounts may fall over some of the higher peaks. Winter Weather Advisories are now in effect for portions of western and northern New Mexico where 2" - 4" of new snowfall with locally 4" - 7" above 8,500' will fall.

A High Wind Watch is in effect for the Guadalupe mountains of southeastern New Mexico and West Texas on Sunday. West winds of 35-45 mph with gusts near 60 mph are forecast.

Once again as has been the case for the past six days areas of fog and dense fog are enveloping parts of southeastern New Mexico and West Texas early this morning. Some locals may experience visibility's down to less than one quarter of a mile. The fog will burn off by noontime. Our afternoon highs today will be near 70.

As the strong upper level storm moves across northern New Mexico tonight and tomorrow a few scattered rain showers and perhaps a thunderstorm will be possible across eastern and southeastern New Mexico. The higher peaks of the Sacramento and Capitan mountains could pick up a couple inches of snow from this passing storm.

A colder airmass behind the departing storm will keep our highs on Monday and Tuesday in the 50's.

My Web Page Is Best Viewed With Google Chrome.
at Saturday, December 13, 2014