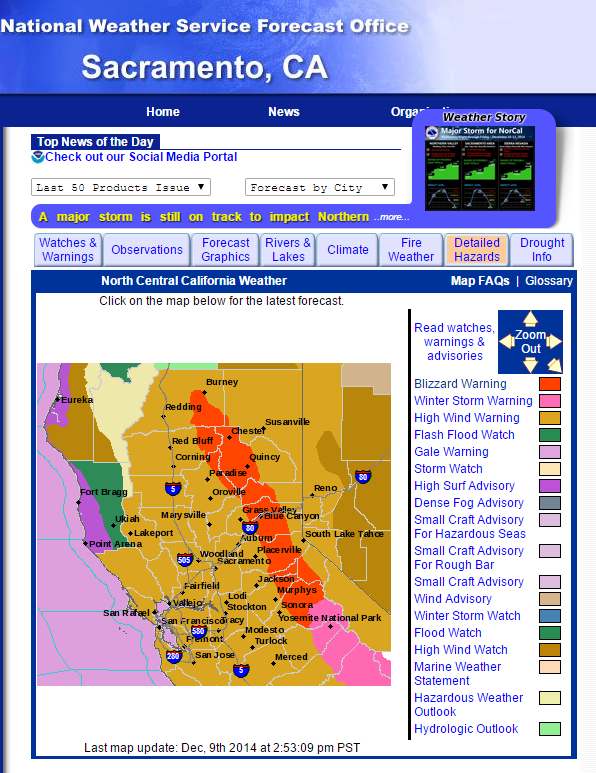 Blizzard Warnings For The Sierra Nevada Mtn's Of California.

As a testament of the strength of this next winter storm to plow through the Rockies tomorrow into this weekend...the strongest winter storm in several years will produce Blizzard conditions across the Sierra Nevada mountains of northern California above 6,000' Wednesday night into Friday afternoon. Snowfall totals of 10" - 20" above 6,000' is forecast with 2' - 3' or more possible along the crest. Snow levels will drop down to 4,500' Thursday night into Friday. Accompaning the heavy snows will be southerly winds sustained at 25-50 mph with  gusts of 80 mph or higher! 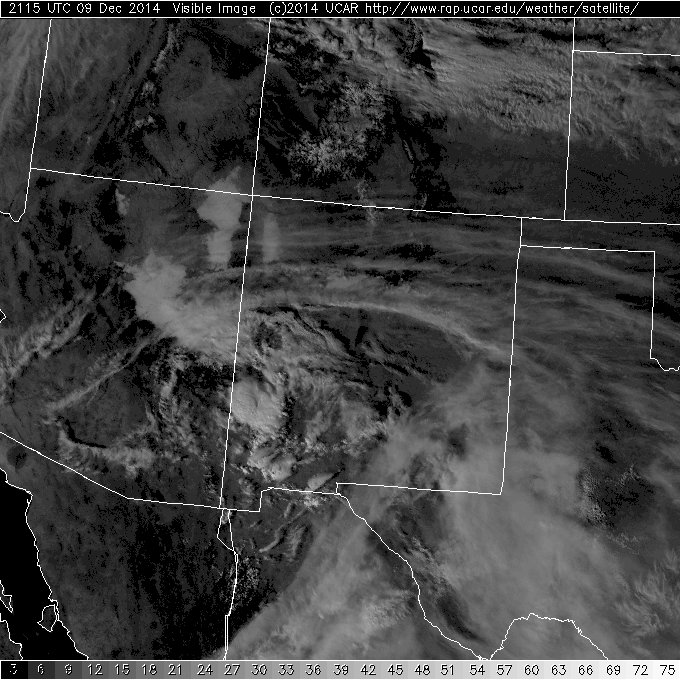 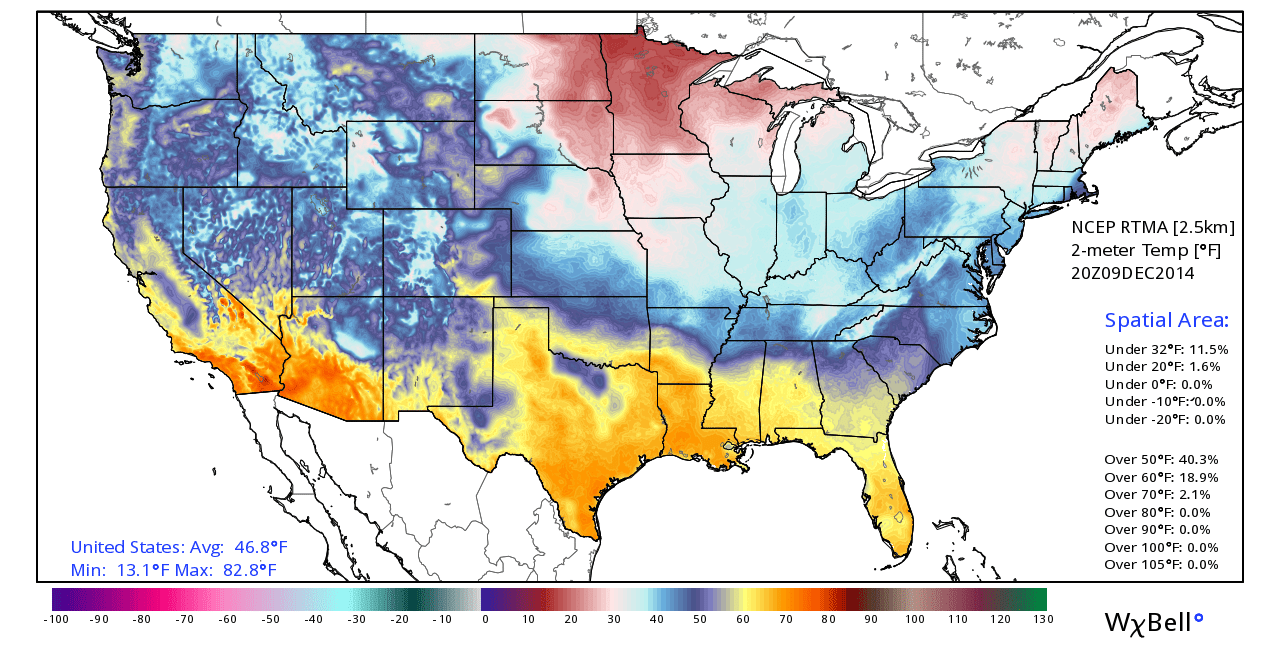 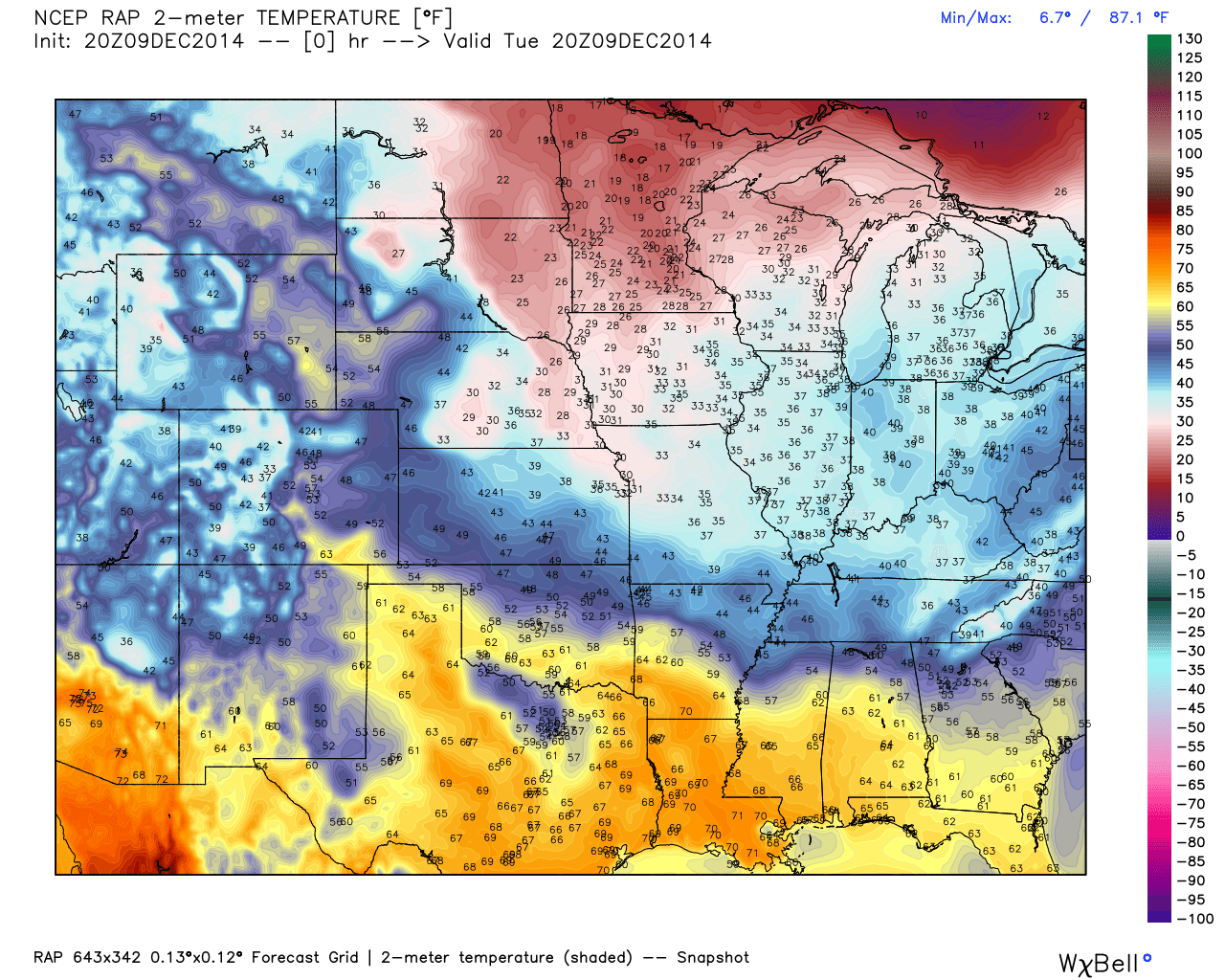 Low clouds and areas of fog developed over southeastern New Mexico and portions of West Texas overnight, and have helped to keep our temps in the 50's early this afternoon. Some clearing is being noted across the local area now. Mid and high level clouds are streaming overhead ahead of a weak upper level disturbance approaching from Arizona. 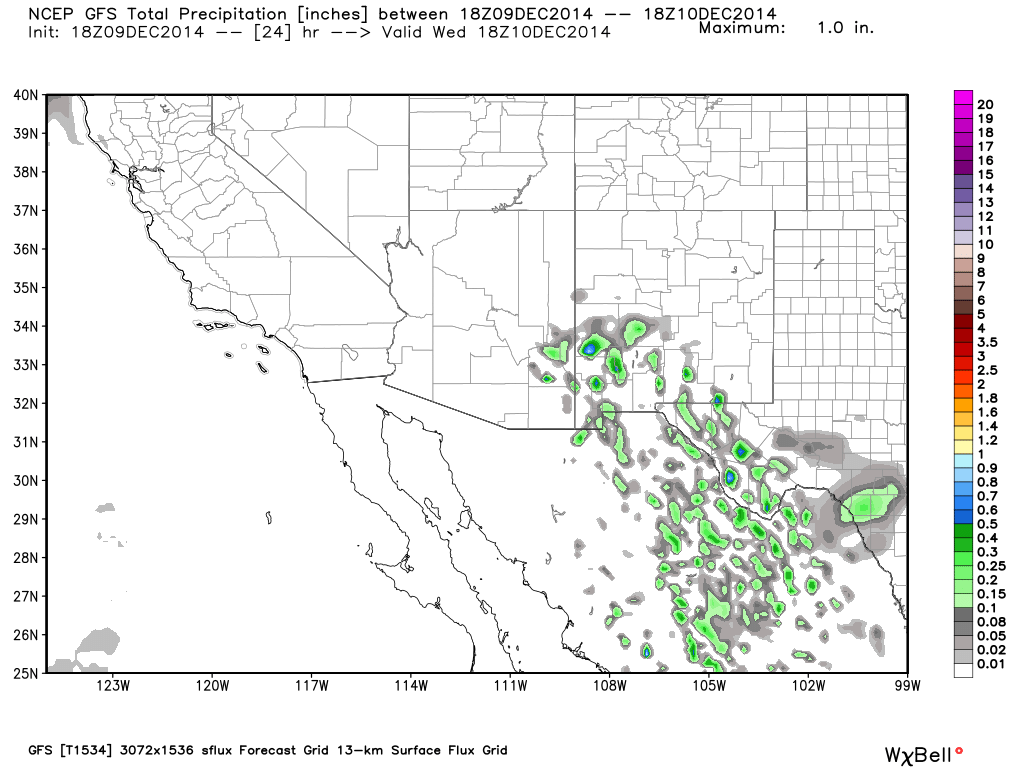 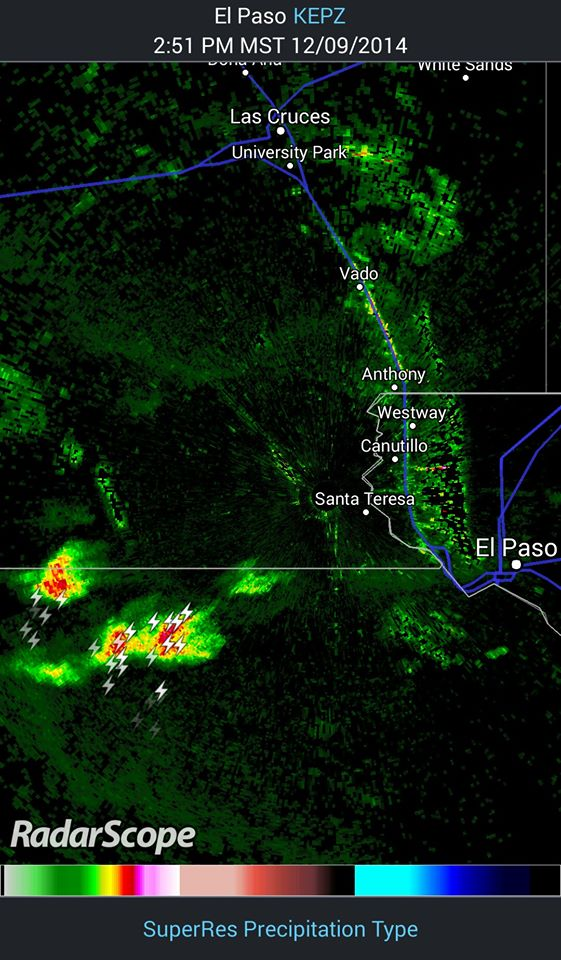 Today's latest computer model forecasts aren't all that excited about widespread rainfall across the area. There will be some spotty light rain showers later tonight. Given that a few thunderstorms have popped up southwest of El Paso early this afternoon, we may hear a few rumbles of thunder this evening and tonight too.

Warming Up Ahead Of A Winter Storm. 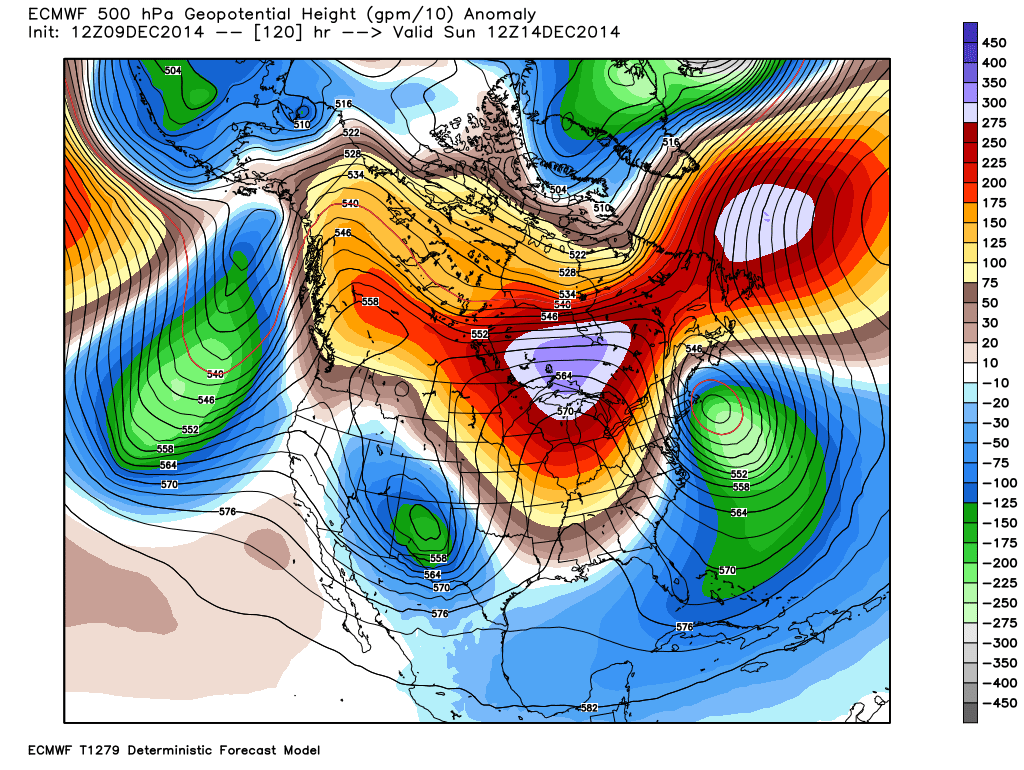 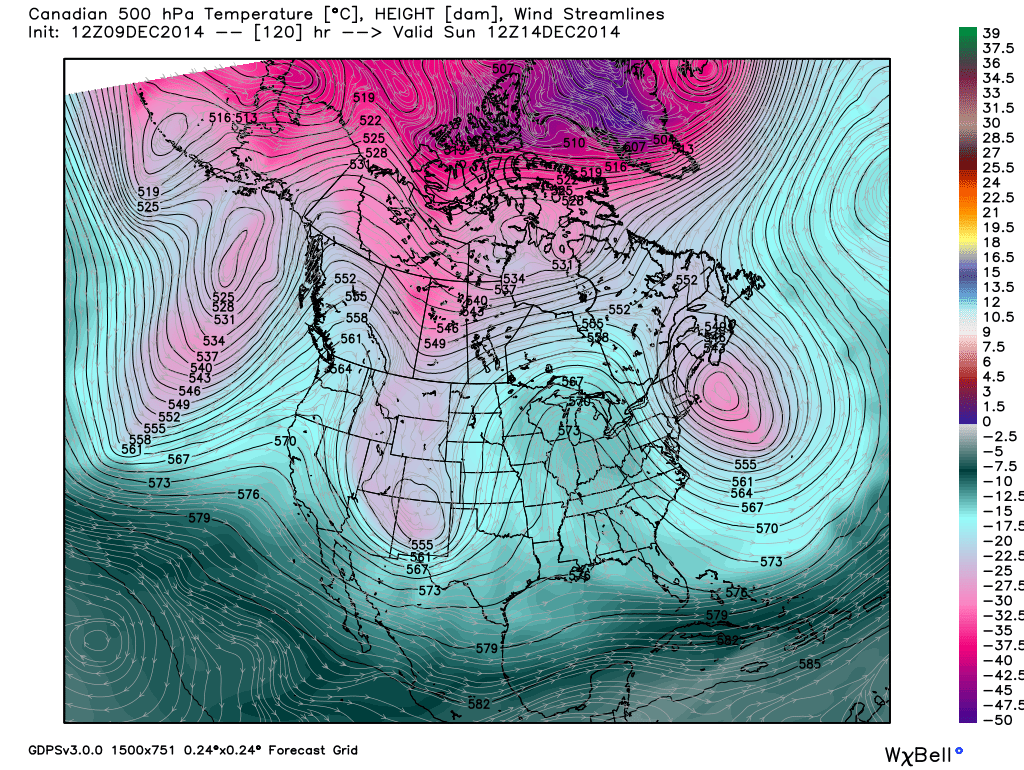 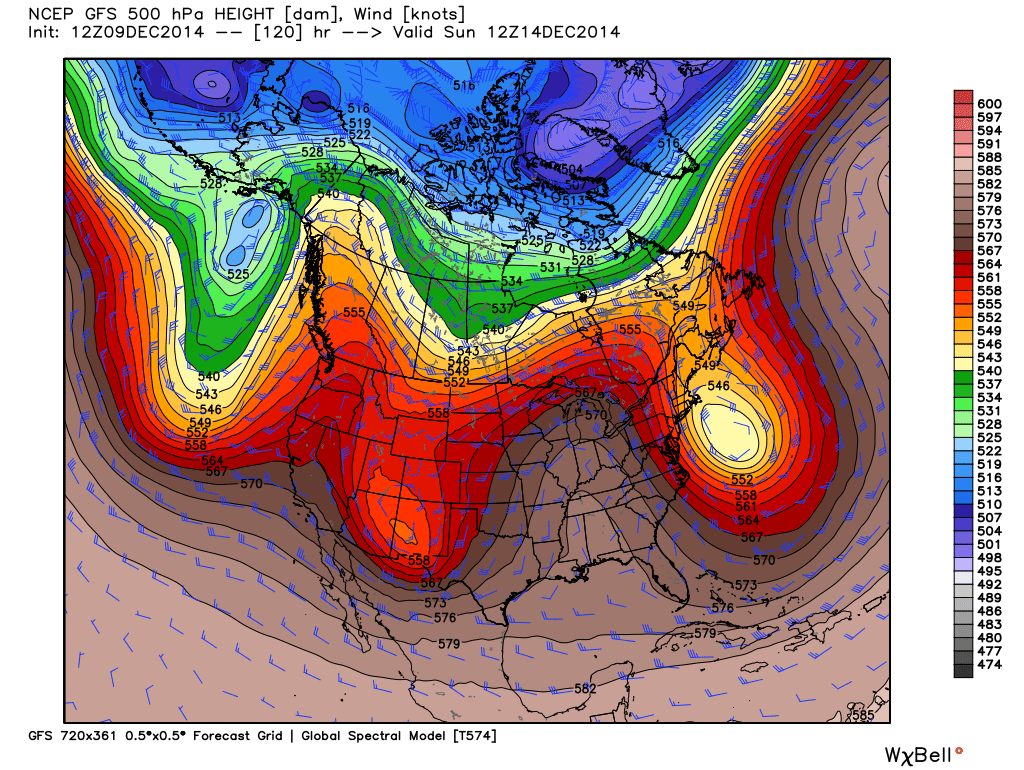 A strong winter storm will drop southeastward out of the Pacific Northwest and into the Desert Southwest this weekend. All three of the medium-long range models (above) agree that this storm will close off over New Mexico on Sunday. They disagree as to where. Nevertheless this storm still shows potential of producing lowland rain showers, and mountain snows at least over the northern one half of the state. Northeastern New Mexico and the northern mountains could see some decent snowfall totals out of this one if it tracks just right...and slows down some. 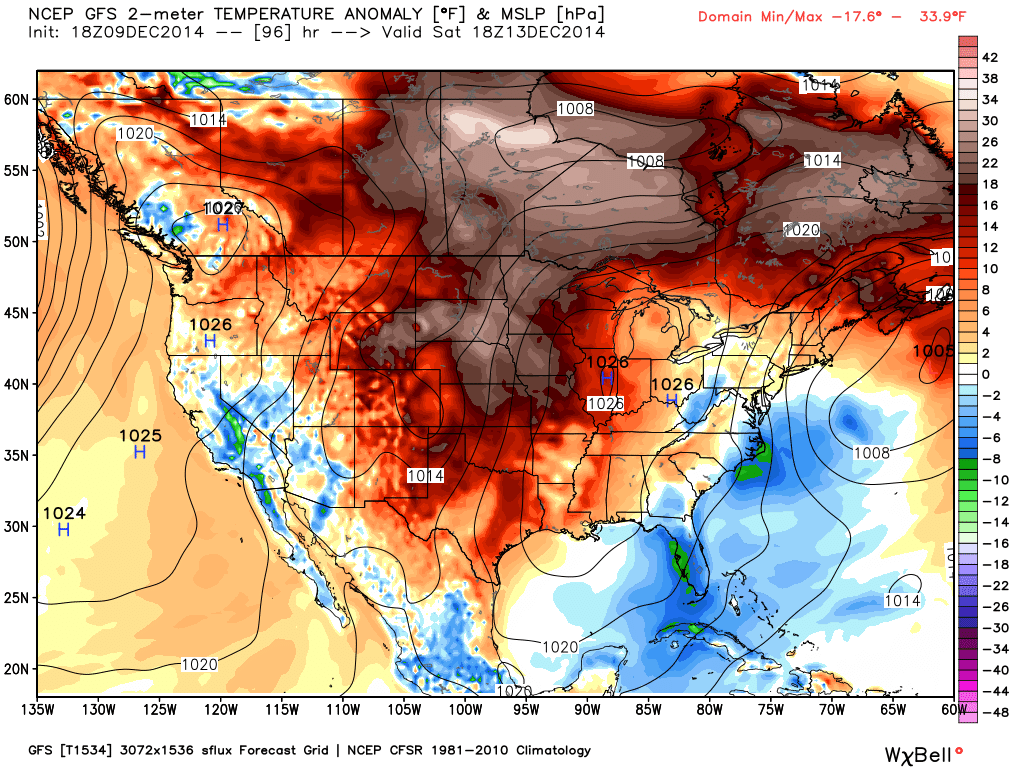 It appears for now anyways that the core of this winter storm will remain north of southeastern New Mexico. Thus we can expect to see above normal temperatures (the 70's) Friday and Saturday not to mention gusty southwesterly to westerly winds. Our highs Friday and Saturday will be some 15 degrees above normal. There are some hints in the models that the atmosphere could become moist and unstable enough to support the development of a few scattered thunderstorms over the eastern half of the state ahead of the dry line approaching Pacific cold front Saturday.

My Web Page Is Best Viewed With Google Chrome.
at Tuesday, December 09, 2014