Strong Storm End Of Next Week? 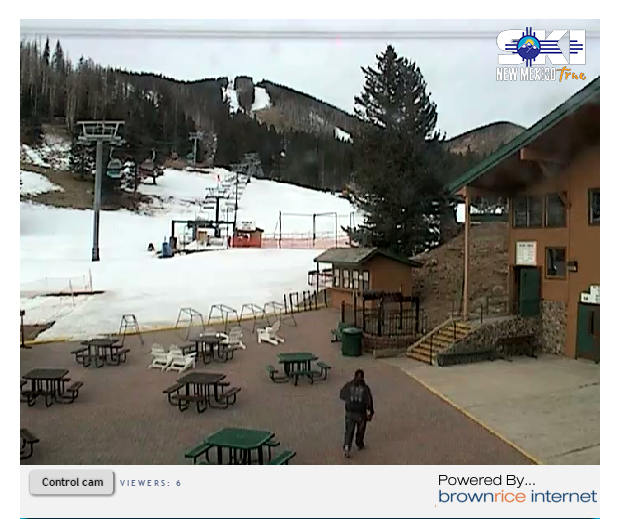 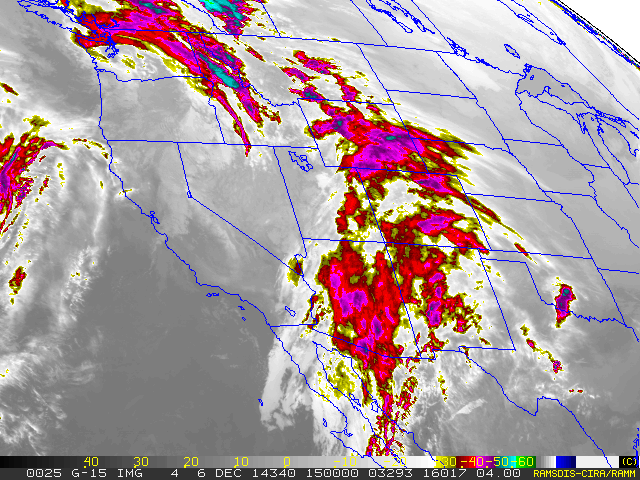 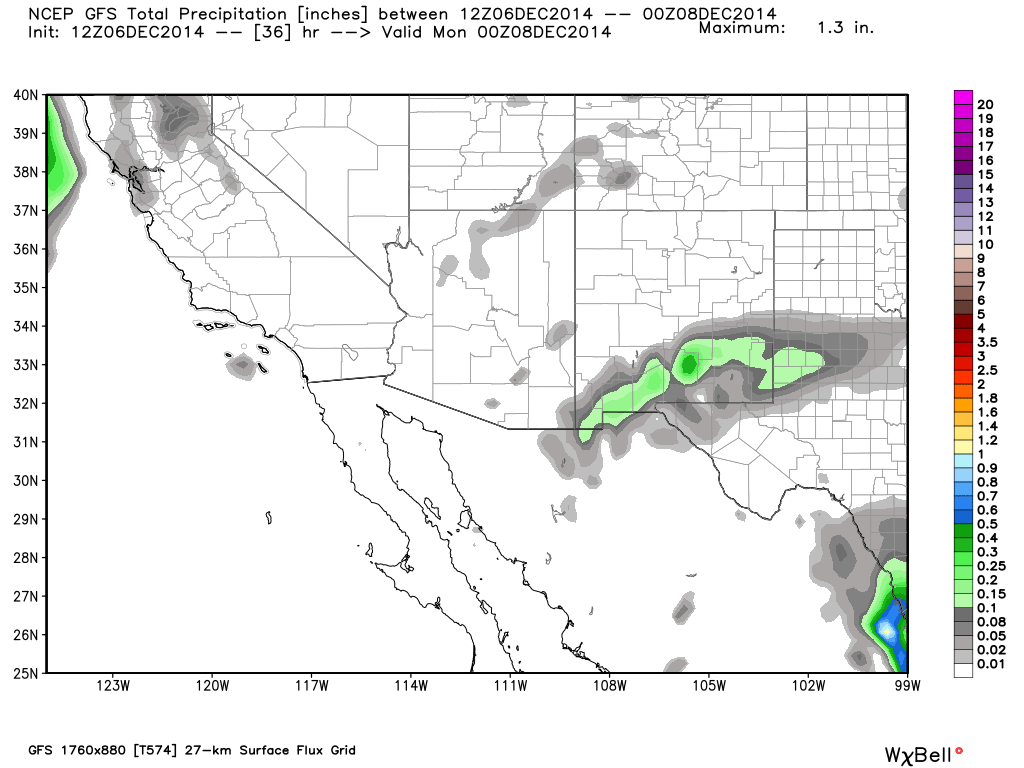 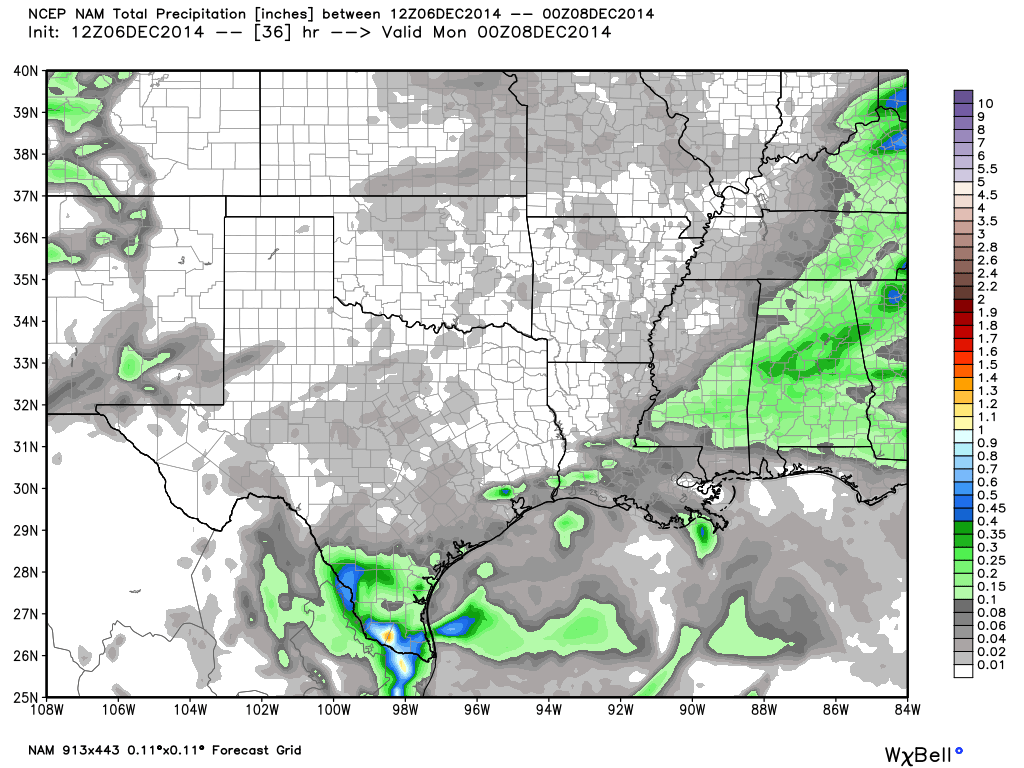 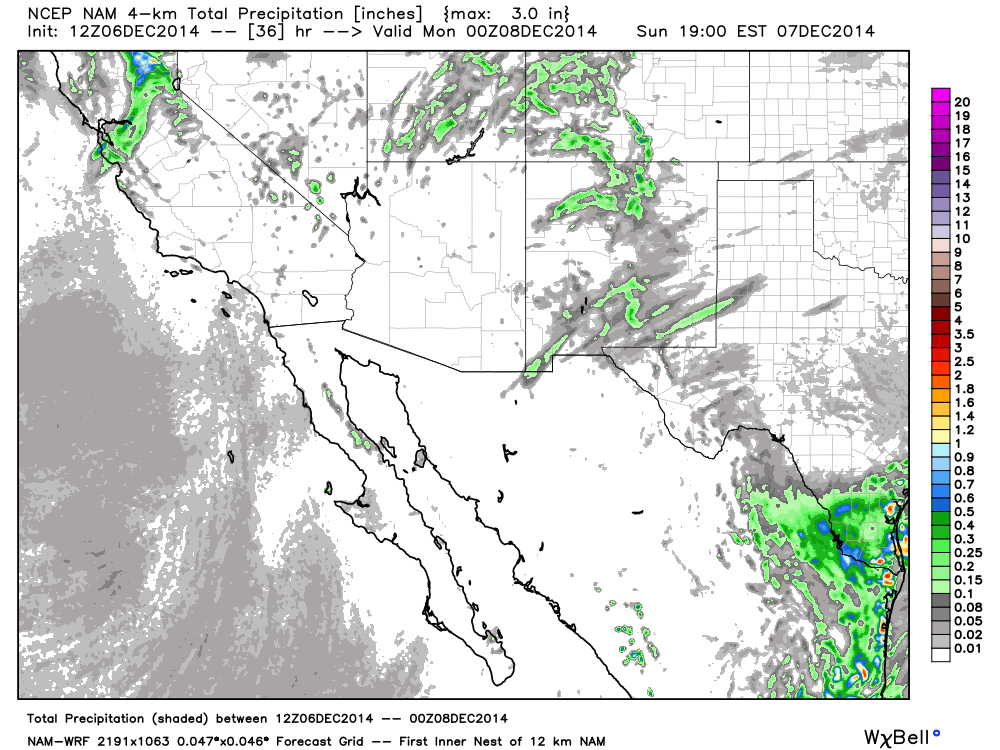 To date Ski Apache has received 9" of snowfall thus far this season. They have 18" of mostly man made snow midway on the mountain. Snowfall-wise they are off to a slow start but that may be about to change. A weak upper level storm will transit the area today into tomorrow. Although this approaching system is fairly weak it will generate a few light rain showers over the local area. Best chances for measurable rains will come tonight...although these amounts will be light.

A couple inches of fresh snow will fall over the higher peaks of the Sacramento mountains generally above 9,000'. The same will be true of the western and northern mountains of New Mexico.

A similar upper level storm will zip across the state next Tuesday otherwise New Mexico's weather will remain rather quiet for the week. 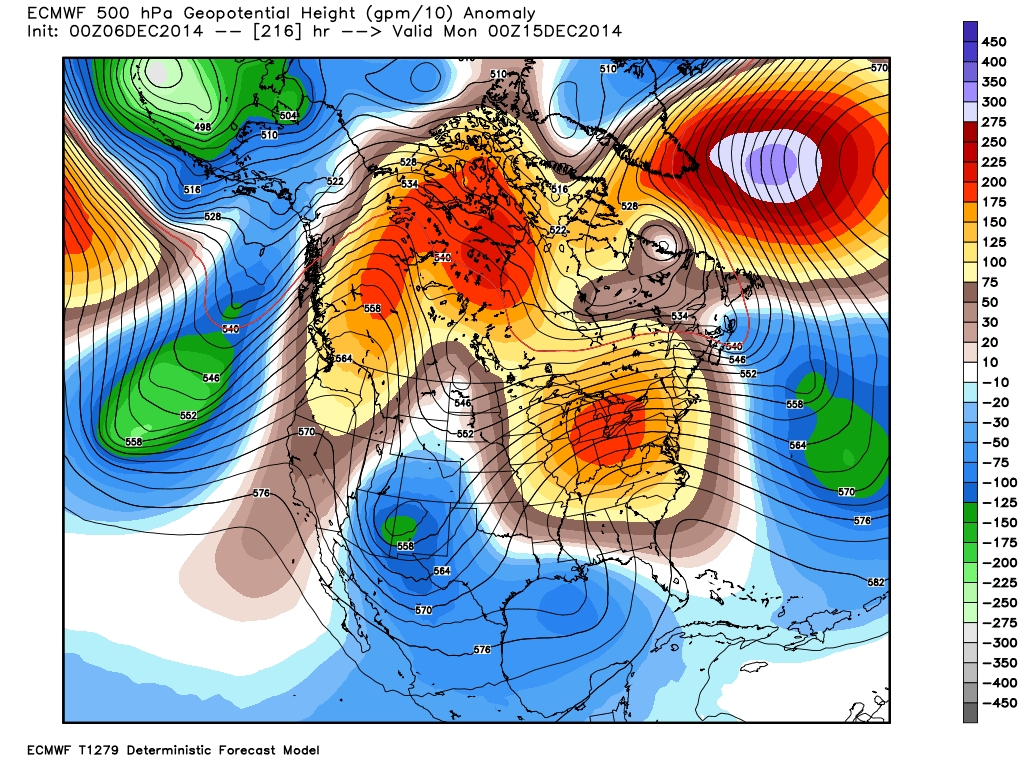 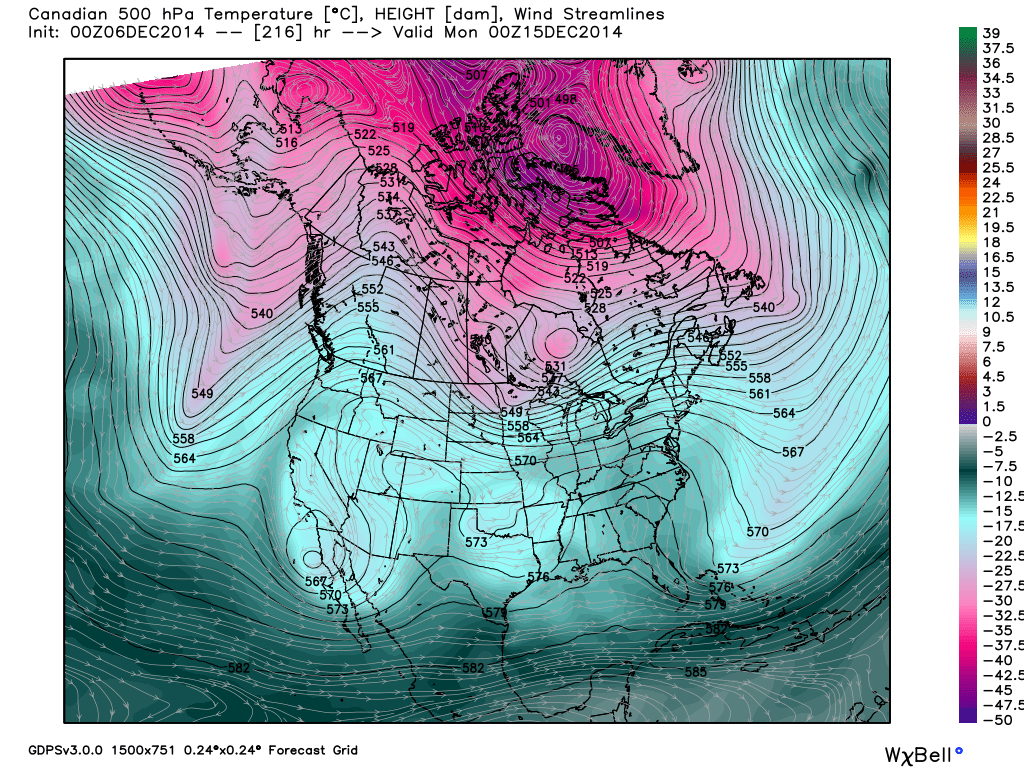 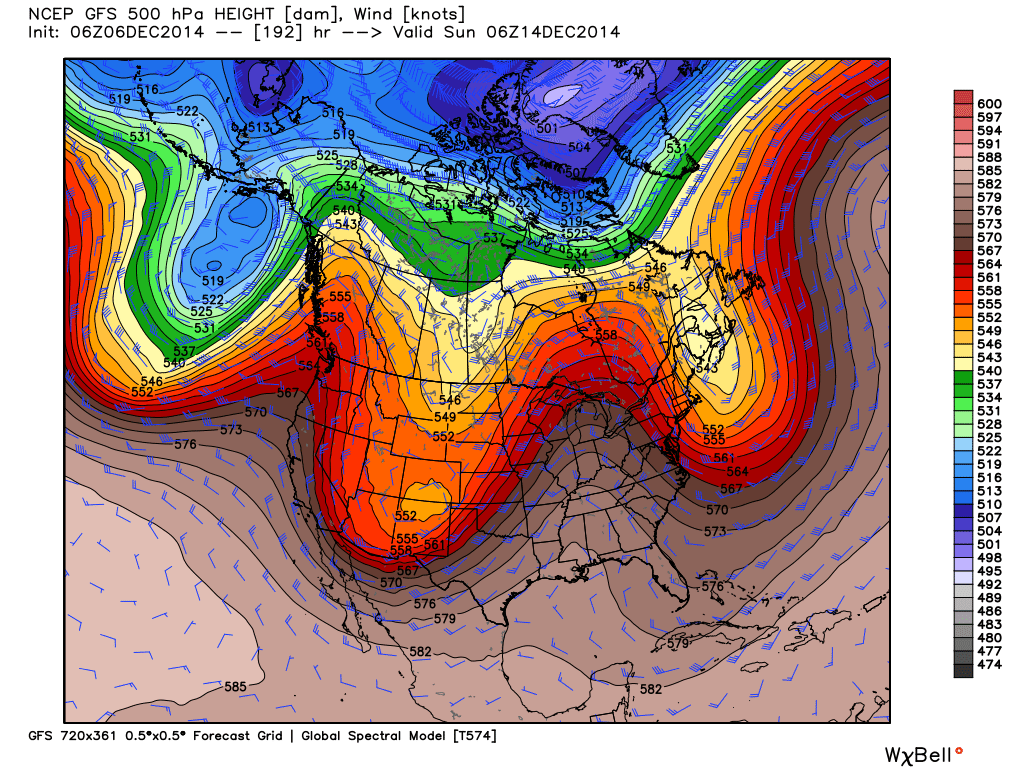 A potentially strong early winter storm may dig southward into the Desert Southwest by the end of next week. The Canadian model digs the storm furthest to the south closing it off over northern Baja by next Saturday. The European (ECMWF) brings it a little further north over the western border of New Mexico. The GFS model is the furthermost north with the storm over southern Colorado and northern New Mexico by late next Saturday night. Since this storm is more than a week away its simply too early to try and pin down its exact location or impacts upon the area.

My Web Page Is Best Viewed With Google Chrome.
at Saturday, December 06, 2014