Snow In SE NM Today - No Its Not An April Fools Joke! 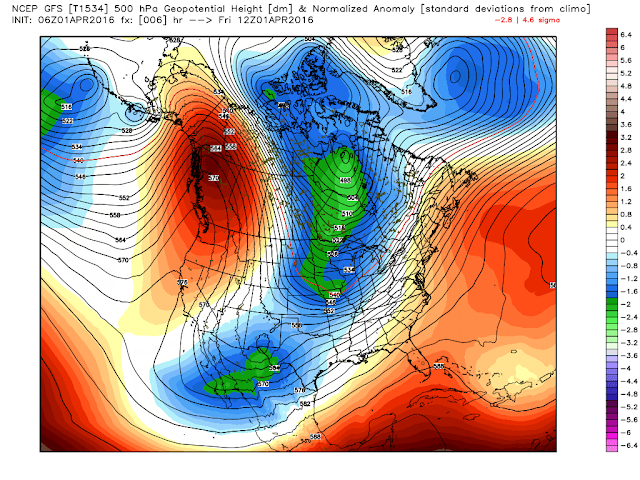 Valid @ 6 AM MDT This Morning. 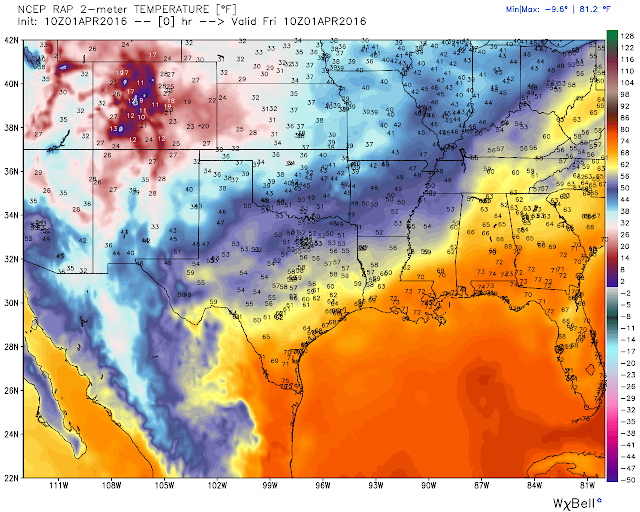 RAP Temperatures @ 4 AM MDT This Morning. 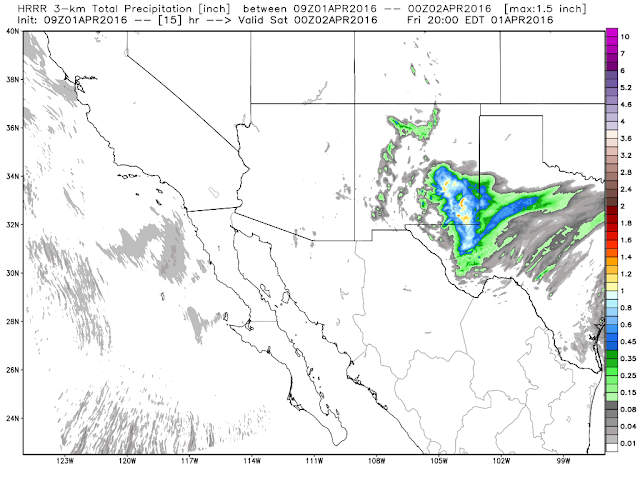 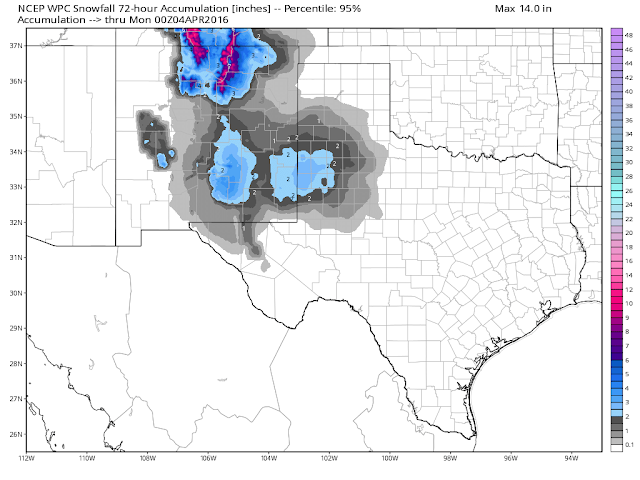 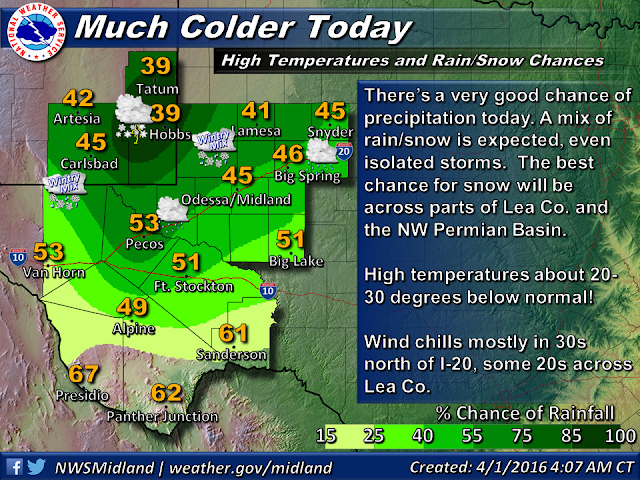 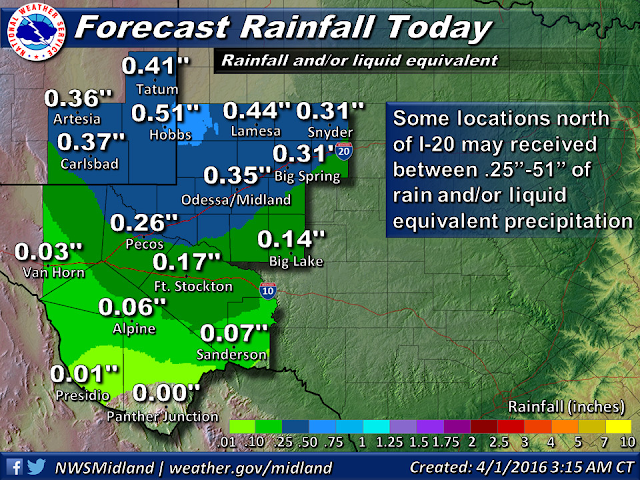 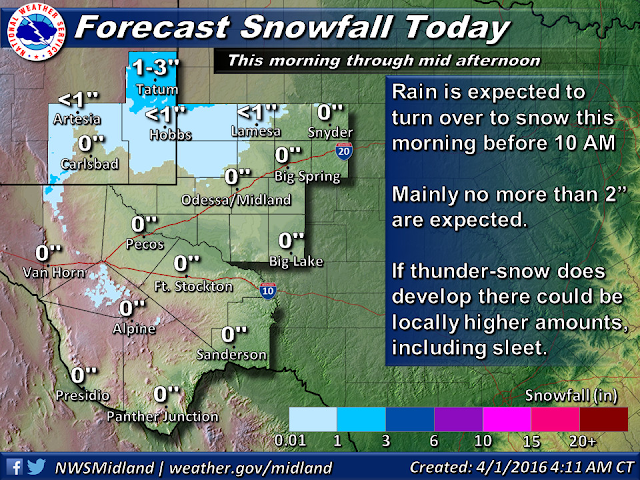 Oh what a surprise toady's weather is going to be for many in southeastern New Mexico and parts of West Texas. For weeks now many have been saying that winter was over in January. Mother Nature is set to prove that wrong today.

A strong but small mid-upper level storm located roughly at the 18,000' level (500 millibar level) is currently digging southward through southern New Mexico. This storm has lots of cold aloft with it and is also dragging a strong southward moving cold front into the region with it. Temperatures at 5 AM MDT this morning in the area were in the 40's and they will continue to slowly drop throughout the morning.

A steady cold rain is falling across much of the local area this morning. This is forecast to mix with or change over to snow later this morning. Current forecast models and National Weather Service Forecast thinking is that Chaves County will see a mix of rain and snow with perhaps less than an inch of accumulation. The best chances for anything sticking there will be in southwestern and western Chaves County and in eastern Chaves County along the caprock.

Eddy, Lea, and Culberson Counties remain under a Winter Weather Advisory where 1"-3" of the white stuff is forecast to accumulate in some areas. Northern Lea County is favored for this as is western Eddy County over and near the Guadalupe's. The Sacramento mountains will likely see up to a couple of inches of accumulations in some areas. Most of the accumulations will occur on grassy areas. Some roads may become slushy with hazardous driving conditions. Convective banding may occur with today's snowfall so localized higher snowfall totals will be possible. Some fruit trees and others may suffer damage from the heavier wet snows that accumulate on them. Some power lines could also fail under the weight of the heavy wet snow in a few locations.

Storm total rainfall amounts by sunset are forecast to range from .25" to 1.25" by the models. This will be a fast moving "in and out" type of storm so when skies clear tonight many areas will see a freeze with some locations dropping down into the 20's. There goes our fruit trees! I talked about this possibility this past winter several times. Strong El Niño's love to pull these early spring snow storms on us so its really not that rare of an event...not something we see often but certainly not unusual either.