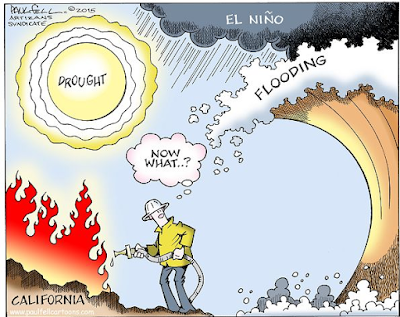 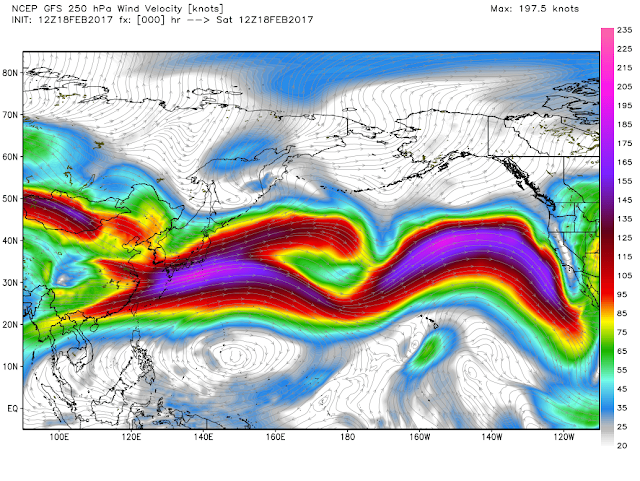 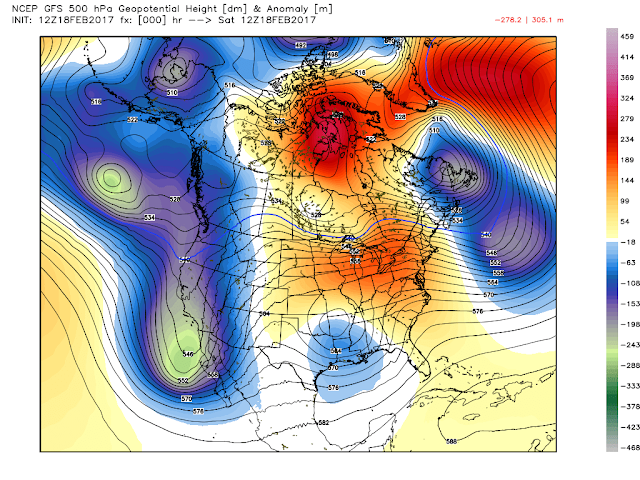 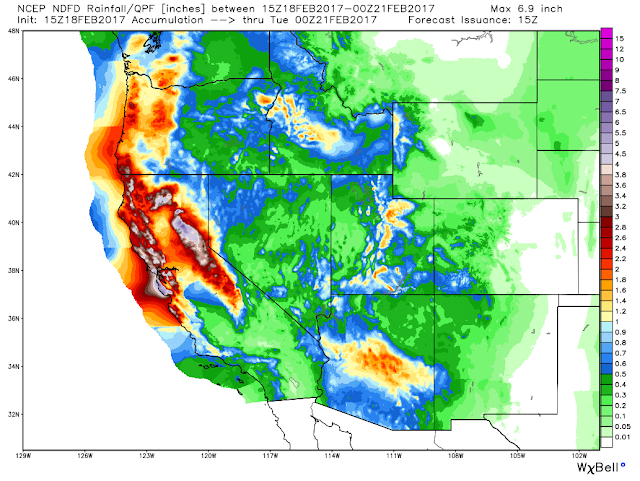 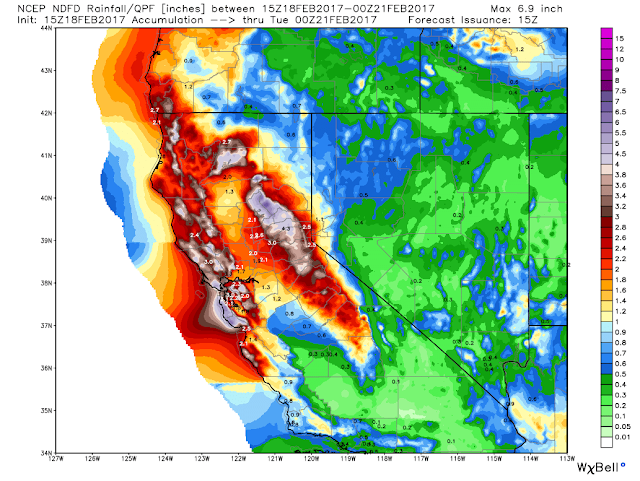 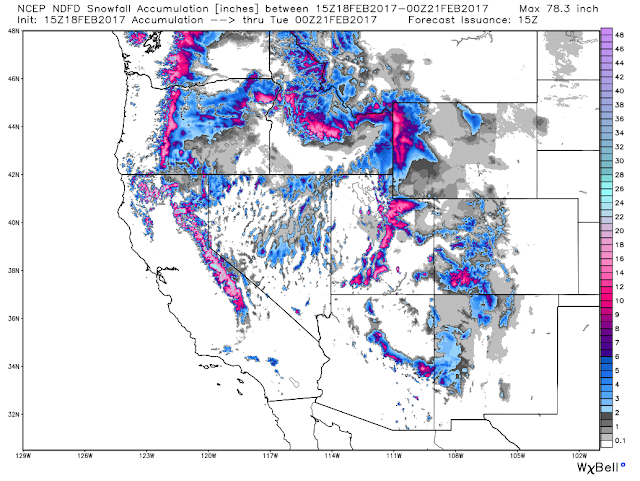 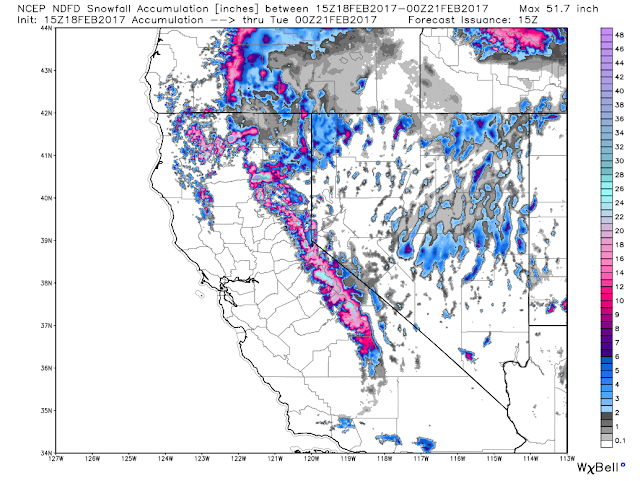 California seemingly cannot catch a break as yet two more "Atmospheric River Storms" plow into the state today into the first of next week. Total rainfall amounts in some of the lower elevations of the Sierra Nevada Mountains could end up in the 7" - 10" range by Tuesday. Given this winter's pattern of having been very wet one has to wonder if another ARKStorm isn't brewing on their horizon.

An interesting story was published yesterday by:
WUWT-What's Up With That?

California's Past Megafloods And The Coming ArkStorm...Guest Post By Larry Kummer. Posted At The Fabius Maximus Website.

“Beginning on Christmas Eve, 1861, and continuing into early 1862, an extreme series of storms lasting 45 days struck California. The storms caused severe flooding, turning the Sacramento Valley into an inland sea, forcing the State Capital to be moved from Sacramento to San Francisco for a time, and requiring Governor Leland Stanford to take a rowboat to his inauguration. William Brewer, author of Up and Down California in 1860-1864

, wrote on January 19, 1862, ‘The great central valley of the state is under water — the Sacramento and San Joaquin valleys — a region 250 to 300 miles long and an average of at least twenty miles wide, or probably three to three and a half millions of acres!’
‘In southern California lakes were formed in the Mojave Desert and the Los Angeles Basin. The Santa Ana River tripled its highest-ever estimated discharge, cutting arroyos into the southern California landscape and obliterating the ironically named Agua Mansa (Smooth Water), then the largest community between New Mexico and Los Angeles. The storms wiped out nearly a third of the taxable land in California, leaving the State bankrupt.
“The 1861-62 series of storms were probably the largest and longest California storms on record. However, geological evidence suggests that earlier, prehistoric floods were likely even bigger. There is no scientific evidence to suggest that such extreme storms could not happen again. However, despite the historical and prehistorical evidence for extreme winter storms on the West Coast, the potential for these extreme events has not attracted public concern, as have hurricanes. The storms of 1861-62 happened long before living memory, and the hazards associated with such extreme winter storms have not tested modern infrastructure nor the preparedness of the emergency management community.”
Courtesy Of NWS San Francisco, California. 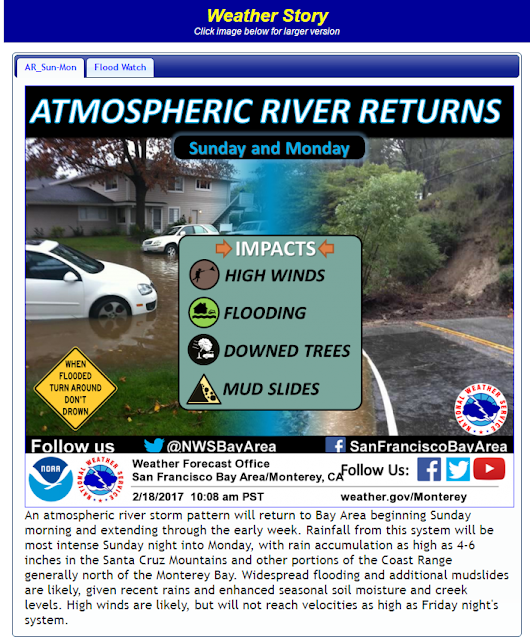 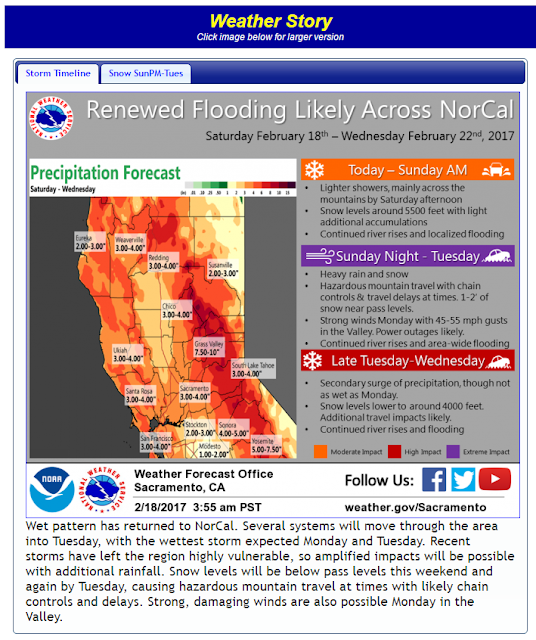 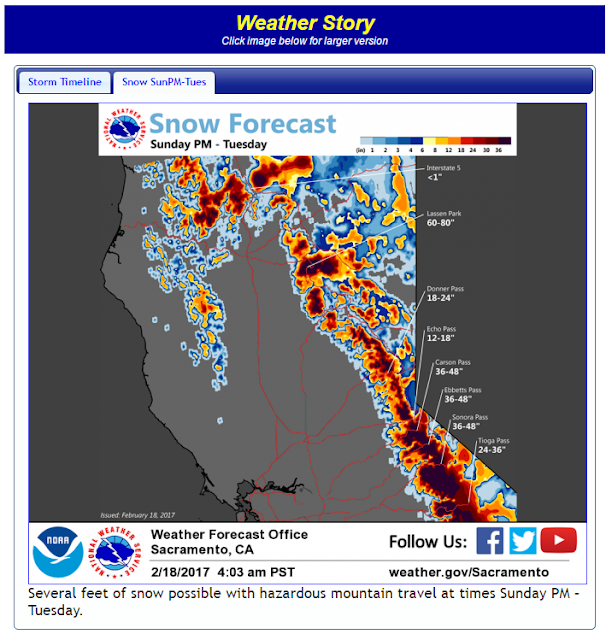 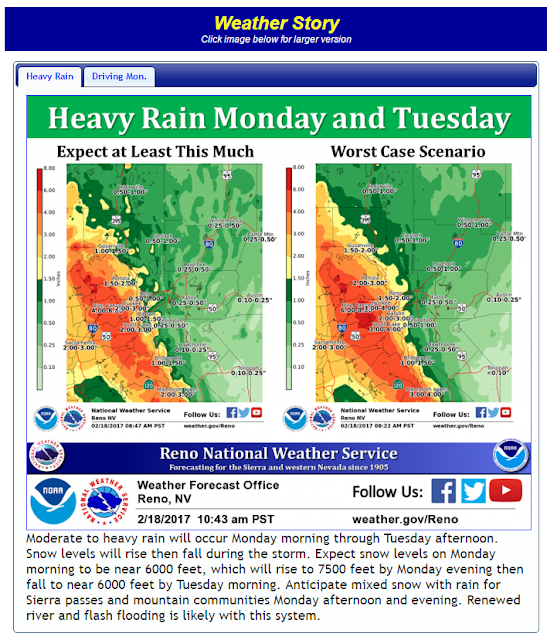 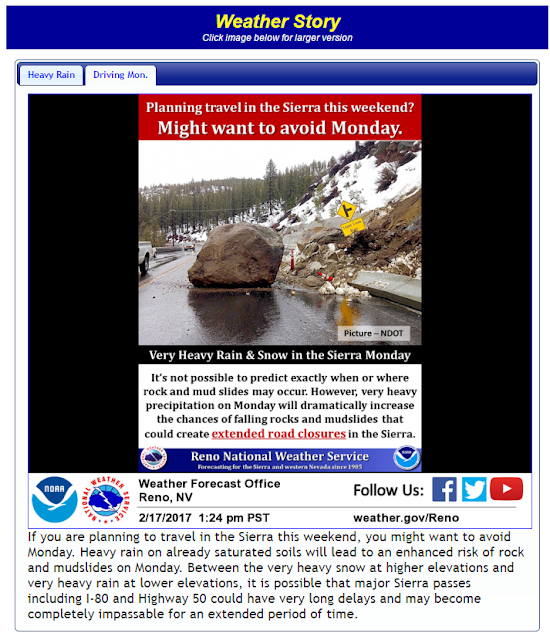