I Can See For Miles & Miles On A Clear Winter's Day. 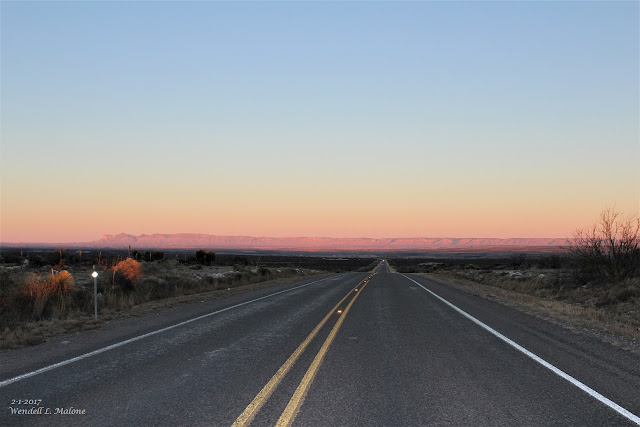 Our January Thaw May Be Coming To An End In A Week.
New Mexico On A Clear Winter's Day. 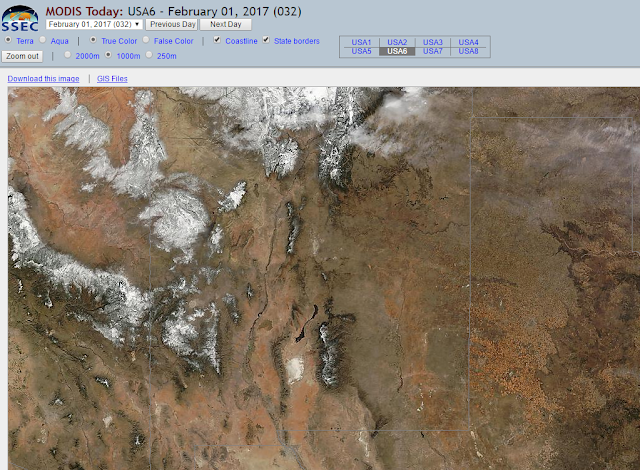 I Can See For Miles And Miles And Miles! This pretty much describes how we started February this year. Its been rather quiet over the state for the past few days and this trend overall will continue for about another week or so. Then another winter storm looms on the forecast models horizon.

So far this winter this winter I've climbed up to or over 75ºF here at our home in Carlsbad, NM on nine different days. More than likely I'll add another couple of days to the count this week. 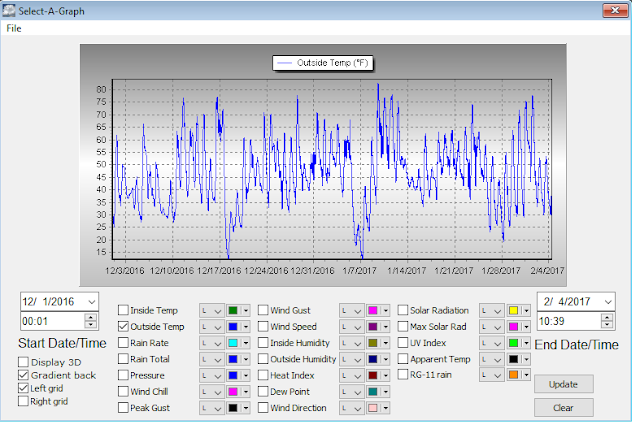 So looking at my temperature graph above its easy to see that we've had some pretty crazy temperature swings this winter. Also of note is how many of my nighttime low temperatures have failed to fall below freezing. 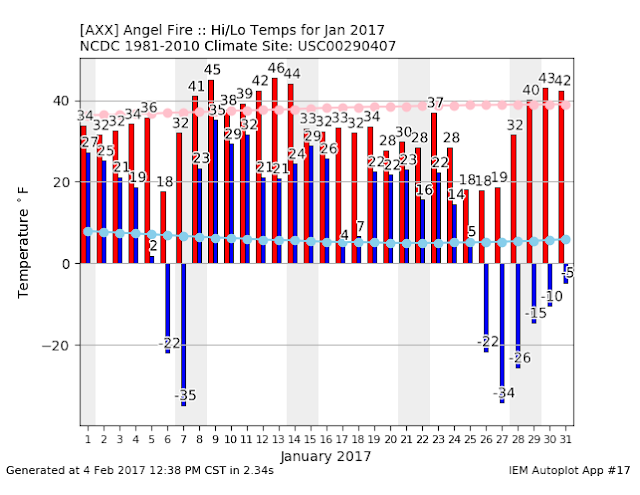 Right next door to the Angel Fire Airport is Eagle Nest (8,260'). Typically one of the coldest spots in New Mexico in the winter. On January 6th, 1971 they officially recorded a low temperature of -47ºF, which was tied again on January 11th, 1962. New Mexico's coldest temperature was recorded at Gavilan on February 1st, 1951 when their thermometer bottomed out at -50ºF. Unofficially and widely reported by the press at the time the tiny community of Ciniza recorded a low of -57ºF on January 13th, 1963. 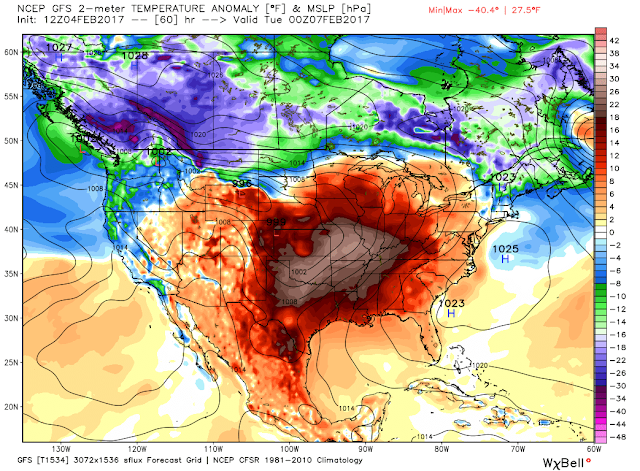 Next Winter Storm In About A Week? 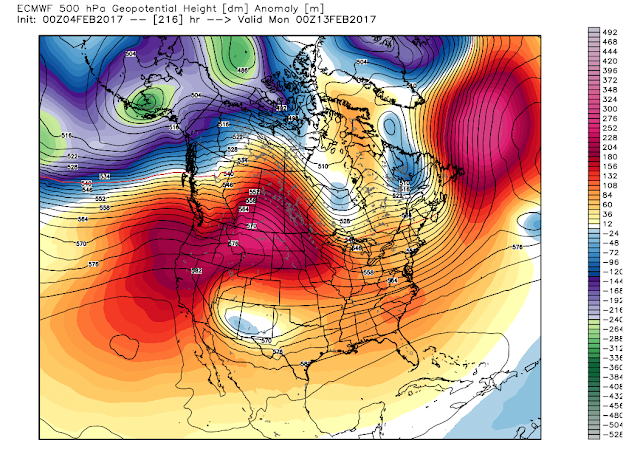 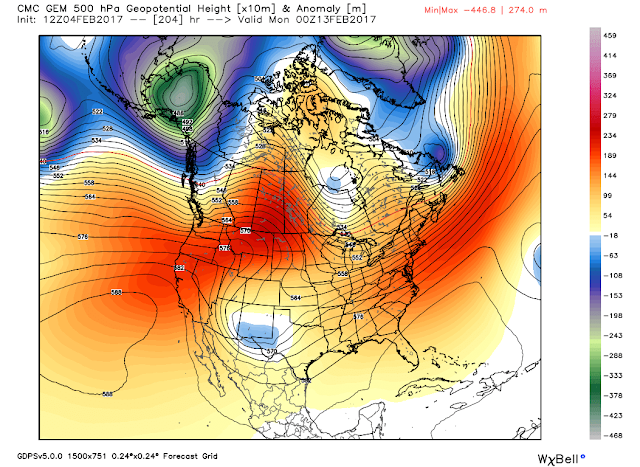 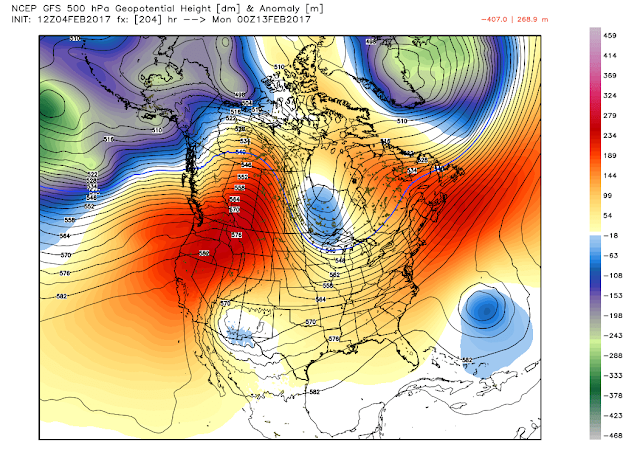 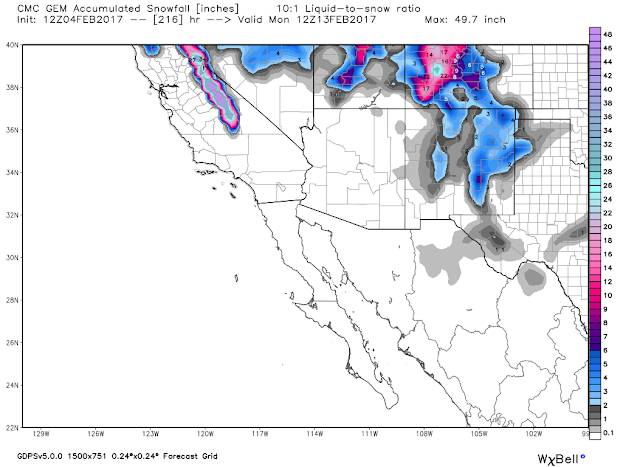 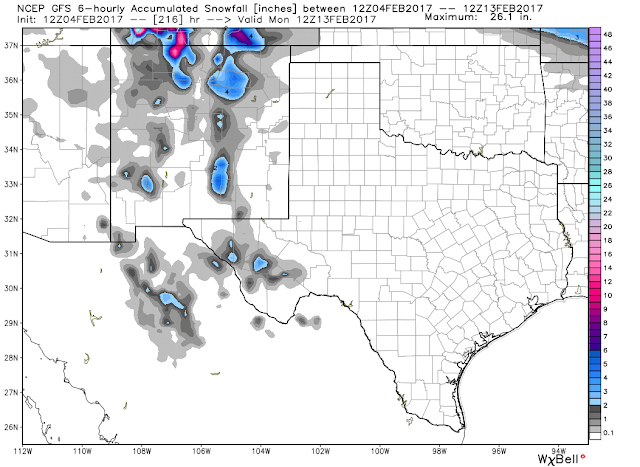 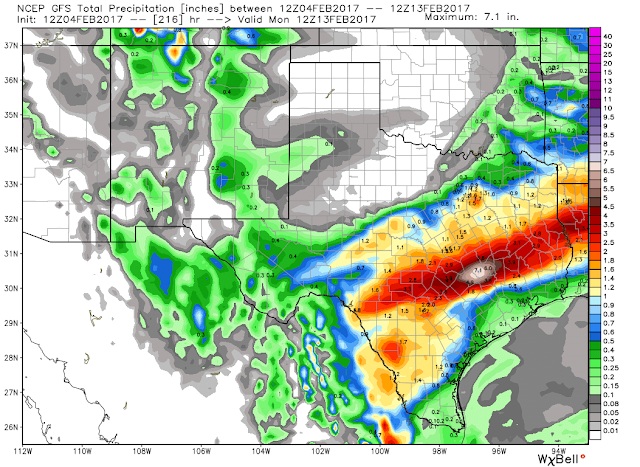 So don't give up on winter just yet. In about a week it appears that our January thaw may be coming to an end.

The Truth Is Stranger Than Fiction!
at Saturday, February 04, 2017