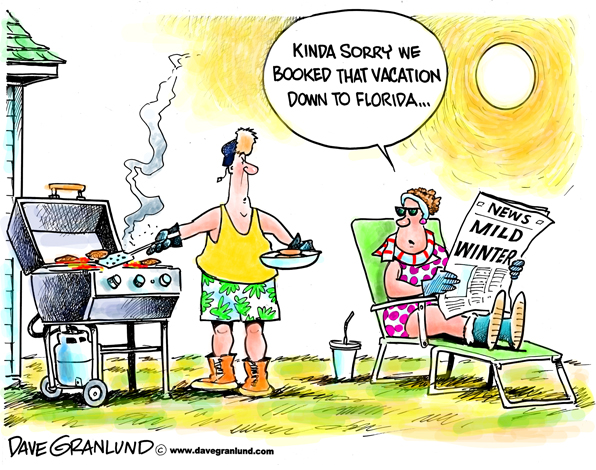 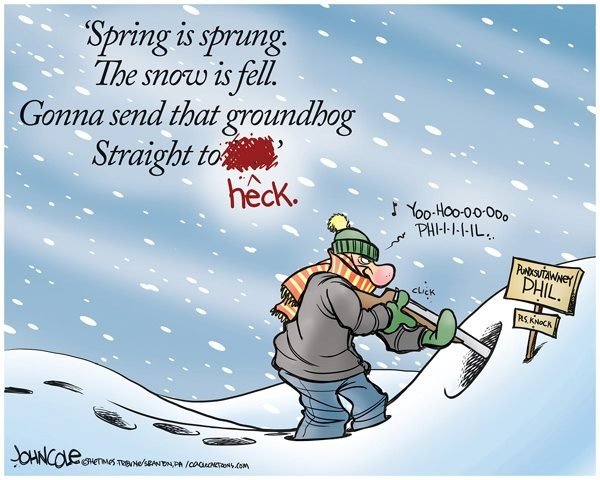 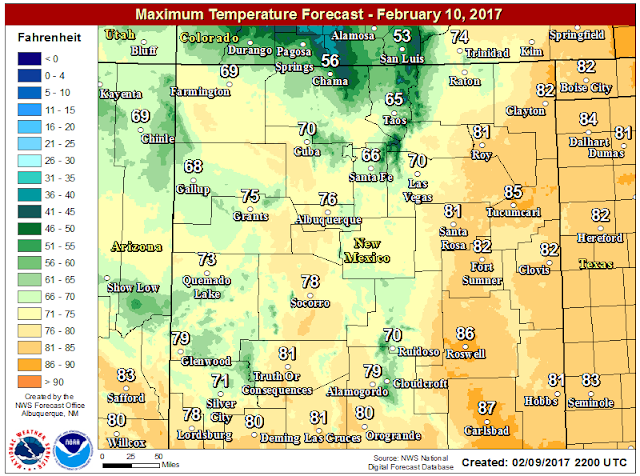 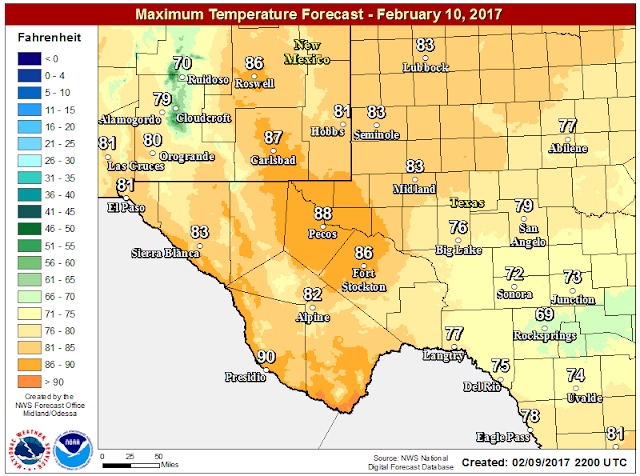 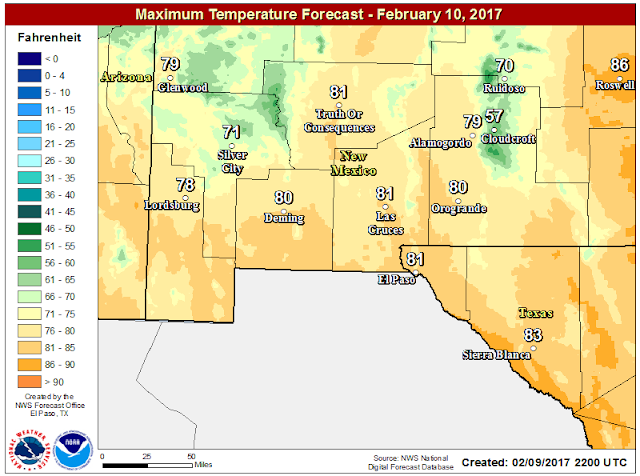 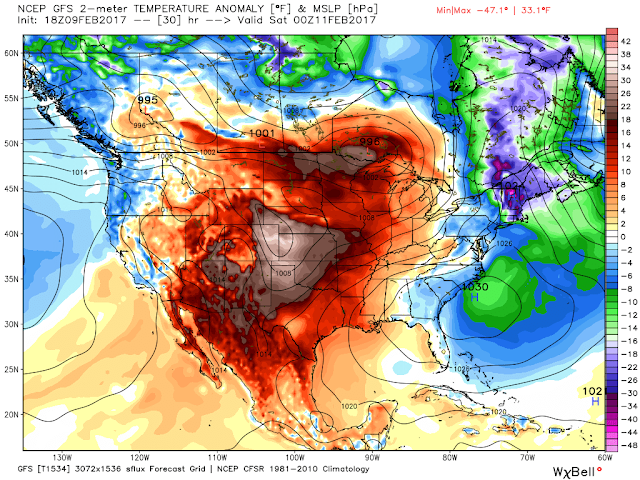 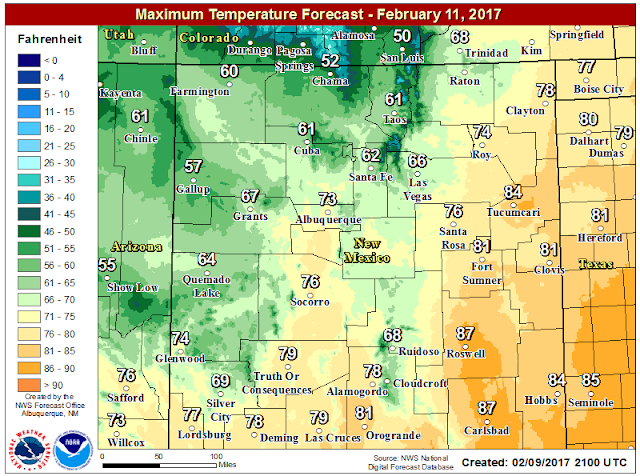 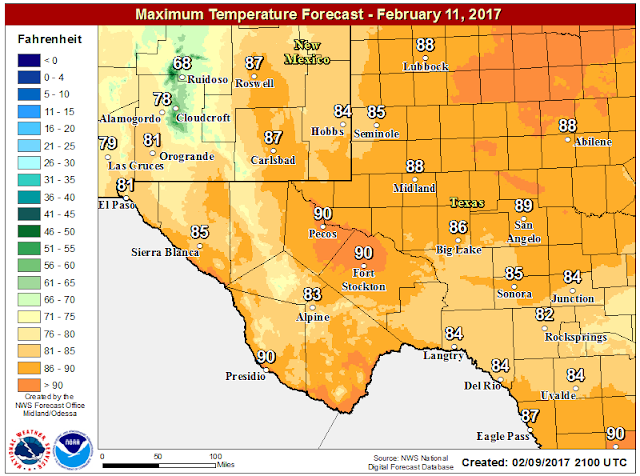 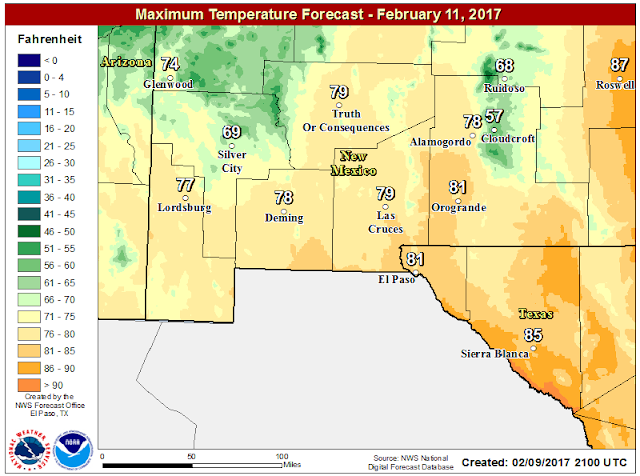 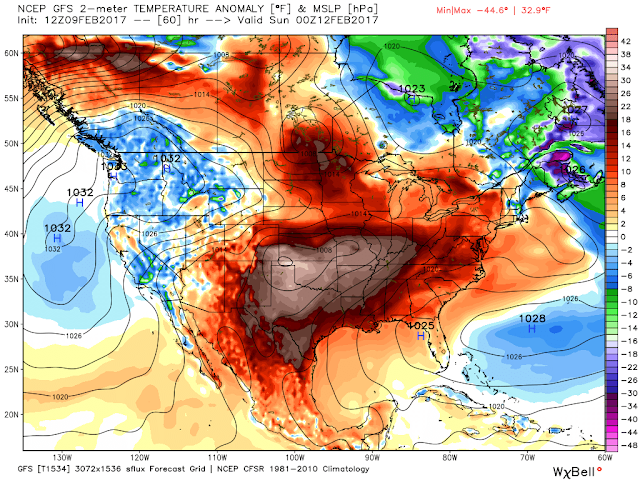 Friday and Saturday will simply be ridiculously warm across the region! Our high temperatures will run some 15 to 30 degrees above normal both days.Many of our local daily record high temperatures for these two days will be in danger of being tied or broken. Listed below are a few of these records.

Winter Slaps Us Hard Next Week! 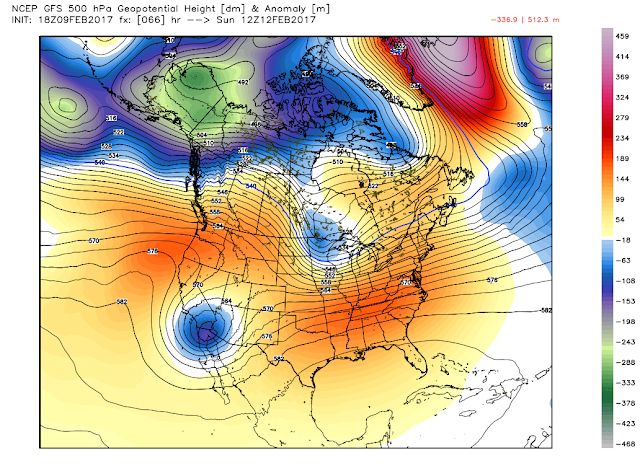 The European (ECMWF) is the furthest north and quickest to depart the area. It drags the storm eastward from the Baja Region this weekend across Northern Mexico, then northeastward out of Southeastern New Mexico by Tuesday morning. The Canadian and U.S. GFS models are slower and take the cutoff low further south and across the Texas Big Bend by Tuesday night.

Anyway the exact track, speed, and location of this next cutoff upper level low this weekend into the middle of next week will have huge impacts on our region's weather, so check back later for additional updates. This incoming winter storm has the potential to be a major storm with significant impacts over New Mexico and surrounding areas. 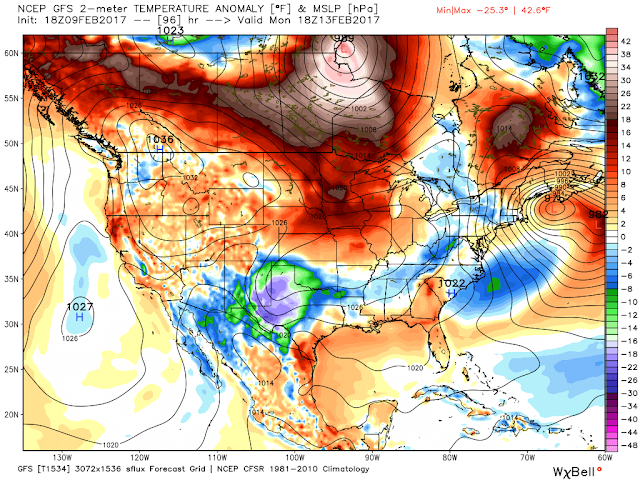 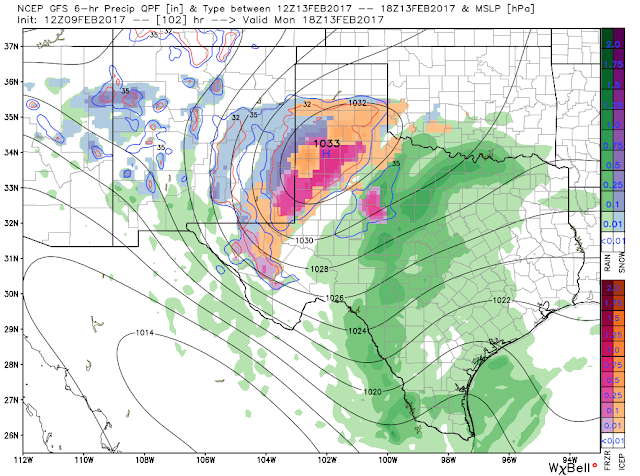 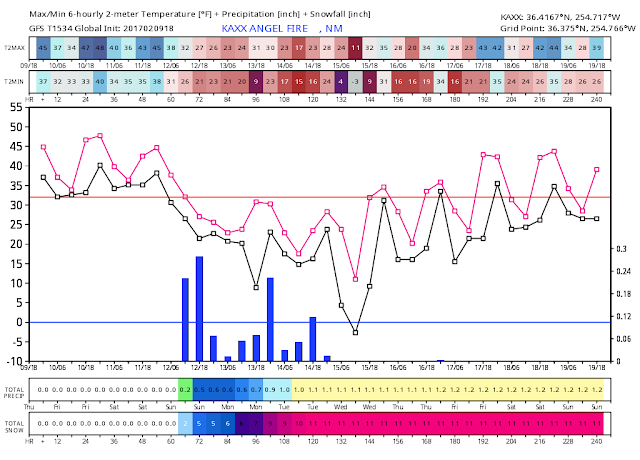 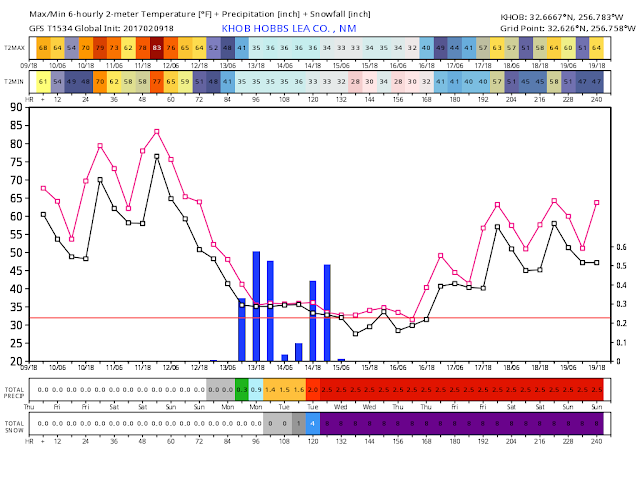 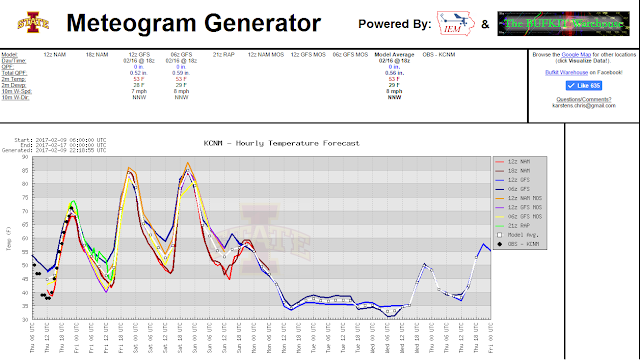 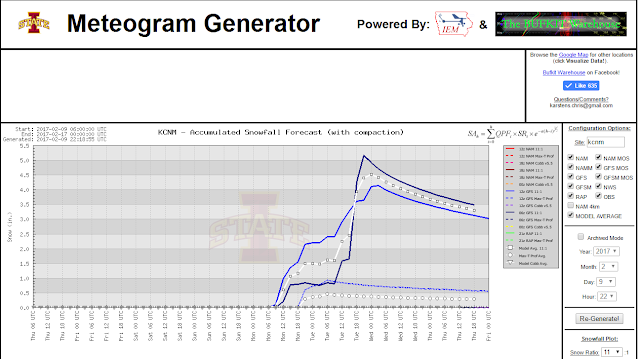 As this powerful cutoff upper level low dives into the Baja Region on Sunday a strong cold front is forecast to work its way southward through the state. After flirting with high temperatures in the upper 80's to near 90º on Saturday, our temperatures may not get out of the 30's for much of the local area Monday into Wednesday. Our high temperatures on Monday will likely be some 30 to 50 degrees colder than those experienced on Saturday. That's going to be a shock for many! 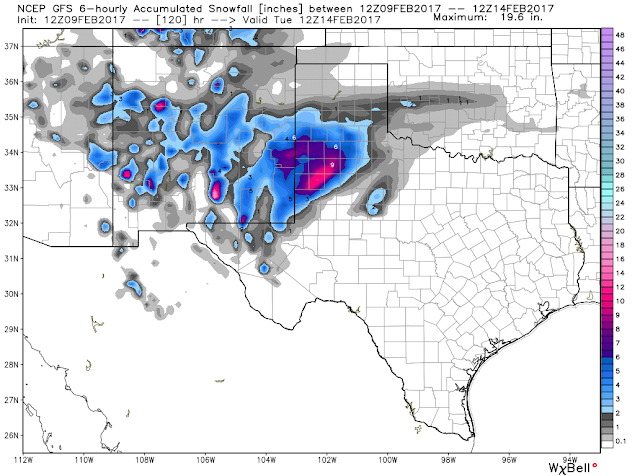 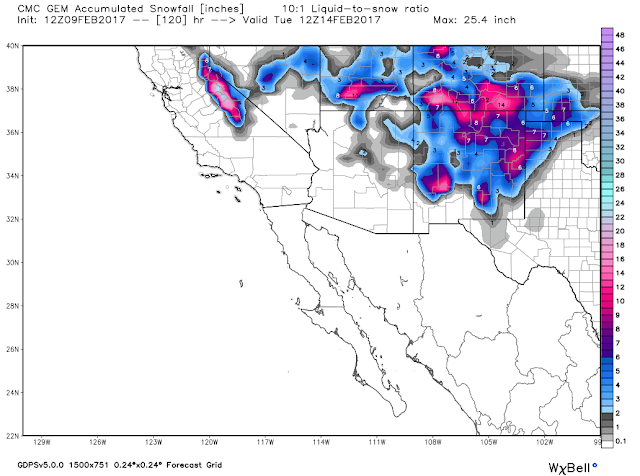 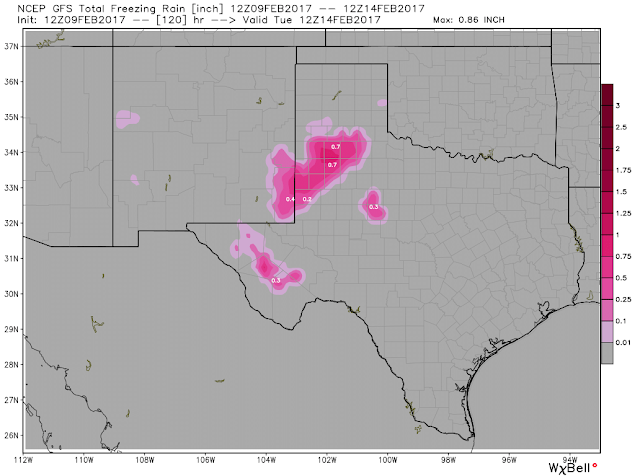 Although its way too early to determine exactly how much snow may or may not fall locally it is worth noting that major changes in our local weather are on the way starting Sunday, with conditions deteriorating Sunday night into Tuesday statewide.

The mountains of New Mexico stand a good chance of seeing heavy snowfall from this storm...possibly a foot or more across some of the higher elevations. And many valley locations may also see snow should this storm track just right. Accumulating snowfall is not out of the question across Southeastern New Mexico and parts of West Texas.

Although each new model run by each of the models has been forecasting different snowfall amounts for the state, and this will continue for a couple more days, the overall idea is that winter is fixing to make a comeback in New Mexico. A mixed bag of rain, freezing rain, sleet, and snow also appears possible with the main impacts from this storm expected Monday into Wednesday morning.

An ice storm is not out of the question across parts of Eastern and Southeastern New Mexico, as well as across parts of West Texas early next week. None of this is set in stone just yet so be prepared to see changes in these forecasts this weekend.

The bottom line is that major changes in our weather are coming starting Sunday with a turn to much colder and winter-like conditions Monday into Wednesday. Travel across New Mexico and nearby areas may be impacted by this winter storm starting Sunday and continuing into the first of next week.