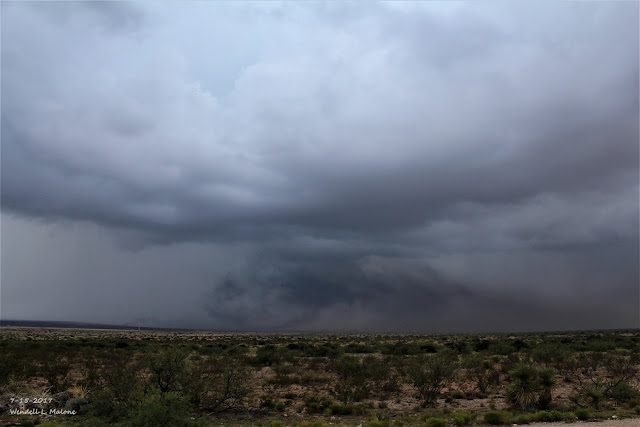 My wife and I took off roaming around the Guadalupe mountains Saturday afternoon. As we were headed west down State Hwy #137 we saw a huge plume of black smoke billow up underneath a thunderstorm to our northwest. We deviated west on Marathon Road and the north on White Pine Road where I shot the above photo. It appeared that lightning had struck a tank battery or oil storage tank northwest of the Oxy Corp, Indian Basin Gas Plant. 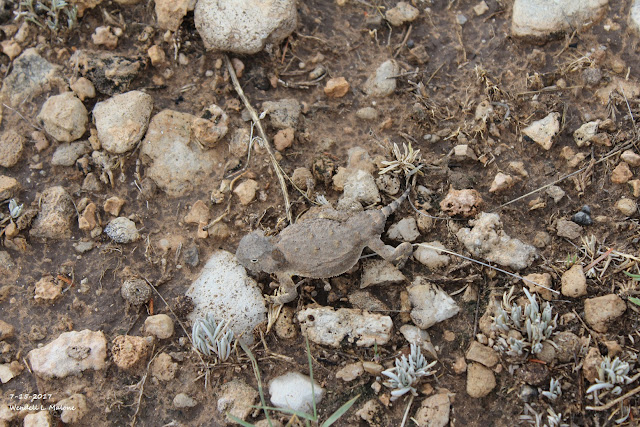 We arrived at the Queen cafe around 1:00 pm where we had lunch. Afterwards we drove west down the Queens Hwy (St Hwy 137) until we came upon Rim Road #67 and then headed north along it. After stopping and roaming around a couple of times on the rim, my wife spotted this little guy. Notice the markings on his tail. 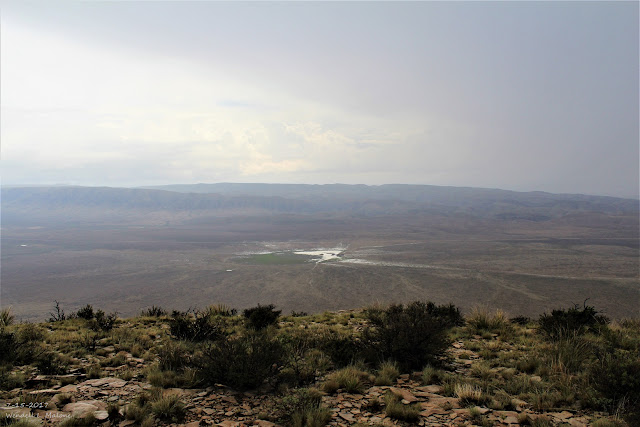 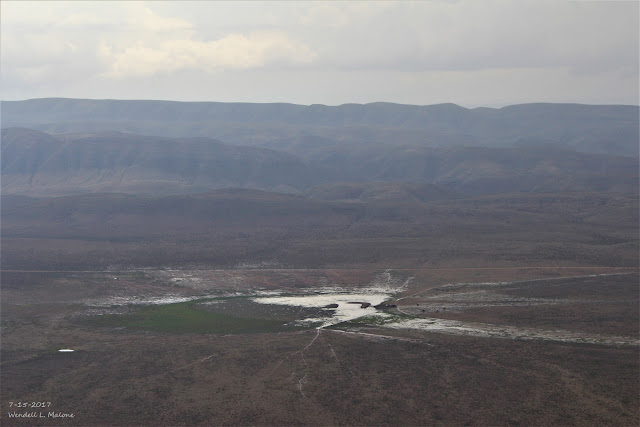 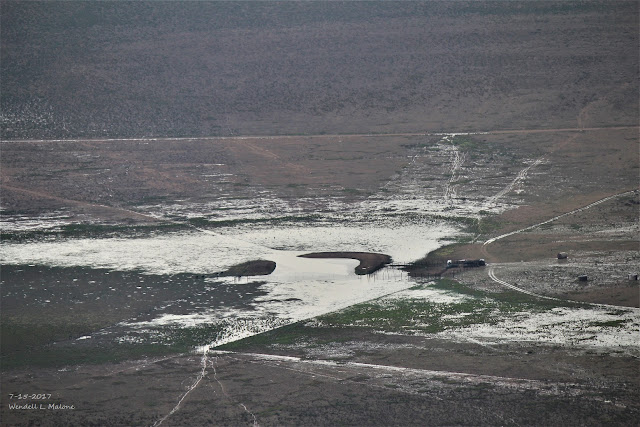 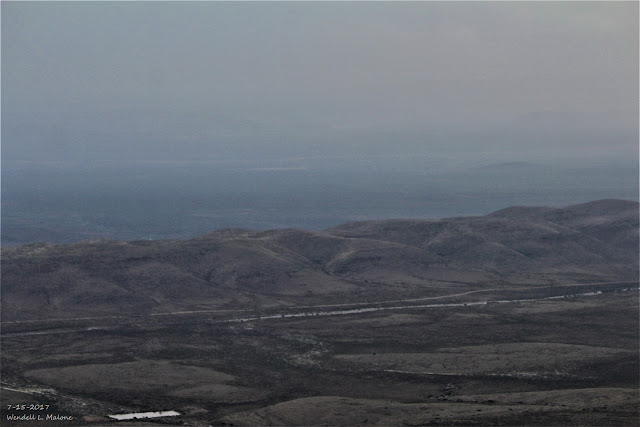 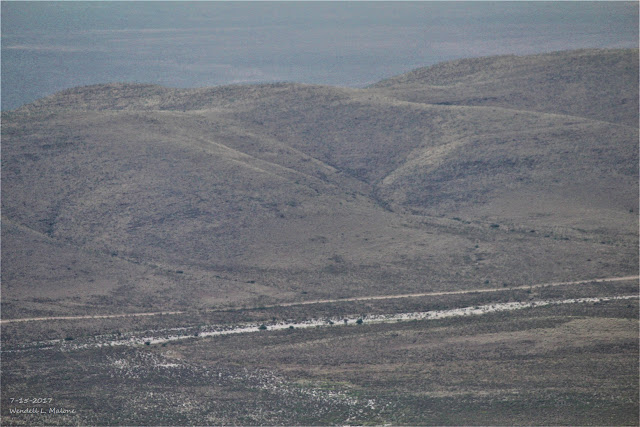 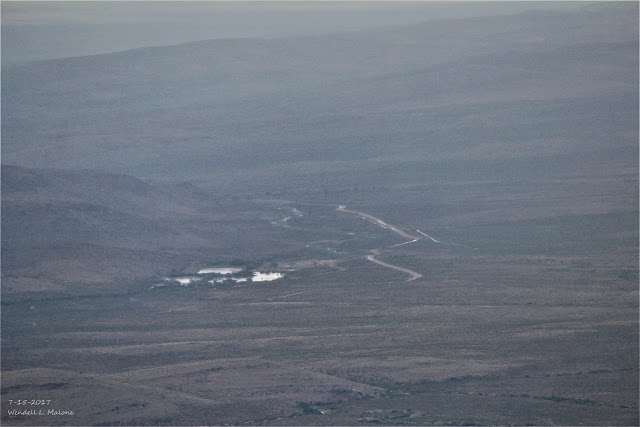 I Shot The Pictures Above Of The Flooding At 2:37 PM MDT. 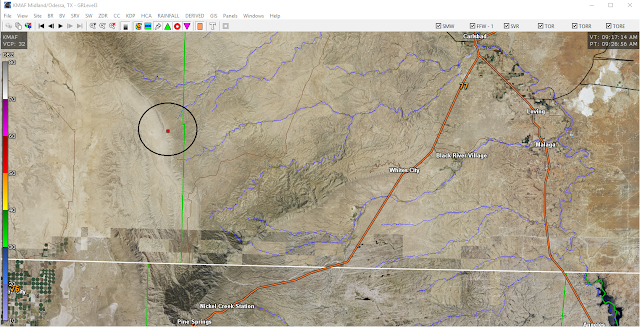 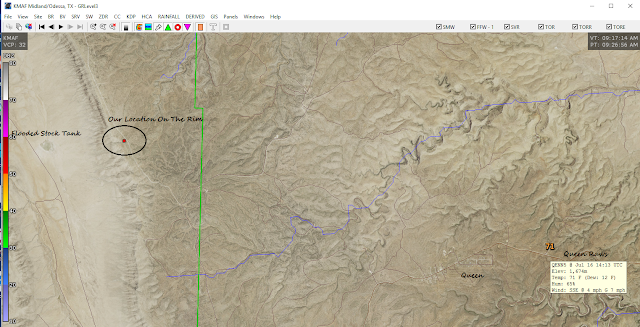 While we were on top of the rim, on National Livestock Road or more commonly known as Rim Road #67 we encountered something I've never seen in all of my 50 years of wandering around those mountains. A flash flood occurring from heavy rains from on top of the rim and to the west.

Thunderstorms had formed to our west before we left Carlsbad and continued to increase in coverage as the day wore on. Heavy rains had fallen to the north of our position along the rim and to the west of it. Runoff from these heavy rains produced the flash flooding in the valley and normally dry arroyo below us (some 2,000' below us). The runoff ran down the arroyos and into the stock pond. Something we were not expecting to see for sure...but way cool to observe from atop the rim. 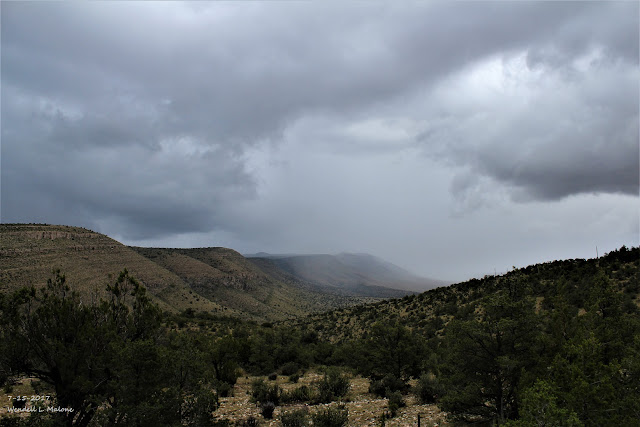 Thunderstorms continued to build and move towards us from the south and southeast so we decided it was time to head back home. I've been stuck in these mountains more than once from flash flooding and didn't want to repeat my luck. At 3:16 PM MDT I took this photo from the Queen Hwy looking south towards Dog Canyon. Heavy rains were falling and I decided not to head south to the campground. Guadalupe Peak and Bush mountain were already obscured by the rain. 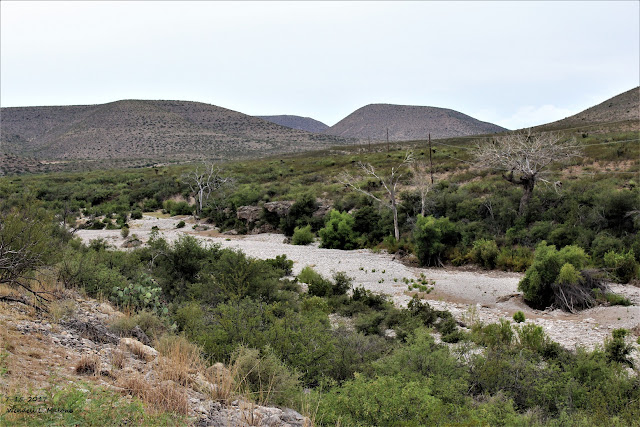 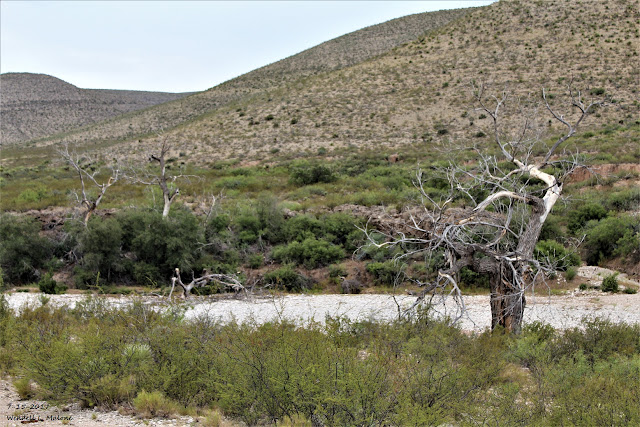 On our way back home we stopped on Rocky Arroyo just west of the dip at the Gregory crossing. These photos show the power of flash flood waters that occurred on September 14th, 2013. Water depths in the arroyo ranged from an estimated 10' to 30' or more in places. The flood waters submerged these old cottonwood trees and stripped them of their bark even at the very tops of the trees. Notice the new cut from the flood waters in the side of the hill in the bottom photo behind the tree on the north side of the arroyo.

See my blog about this flash flood event via this link.

Flash flooding is a common feature locally most years unless we are in a drought. Most of localized and limited events. However the event did produce the damage in the photos above and in the blog I posted about it more than likely only occur around every 20 years or so. A stark reminder of the danger of flash flooding in New Mexico and the Desert Southwest. 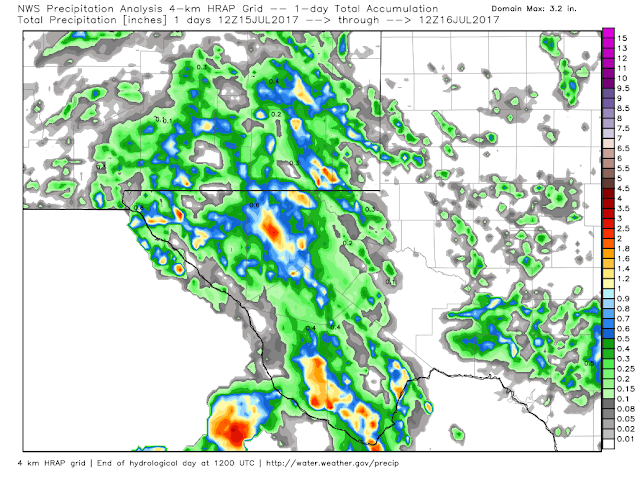 24 Hour Rainfall Totals As Of 6 AM MDT This Morning. 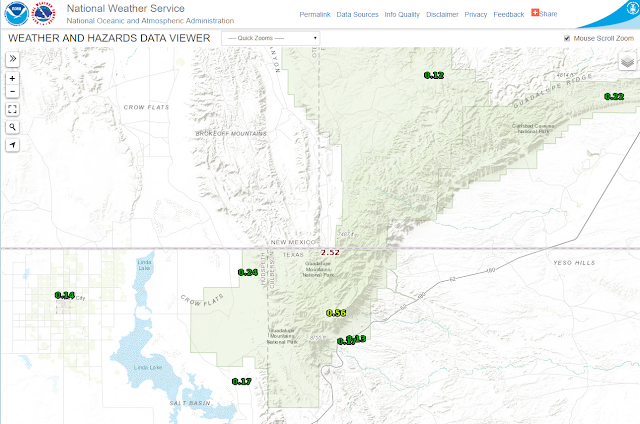 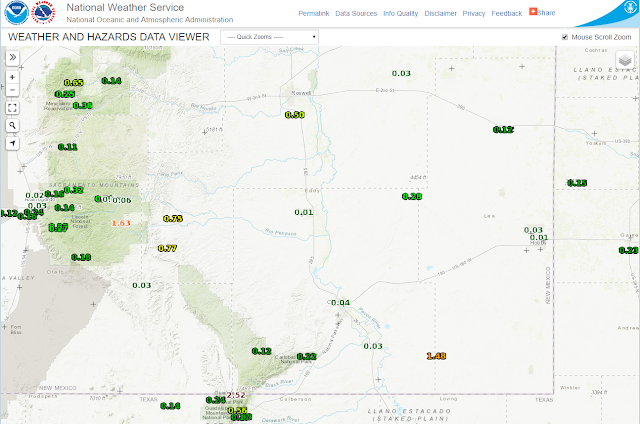 NWS MesoWest 24 Hour Observed Rainfall Totals.
(As Of 8 AM MDT This Morning).