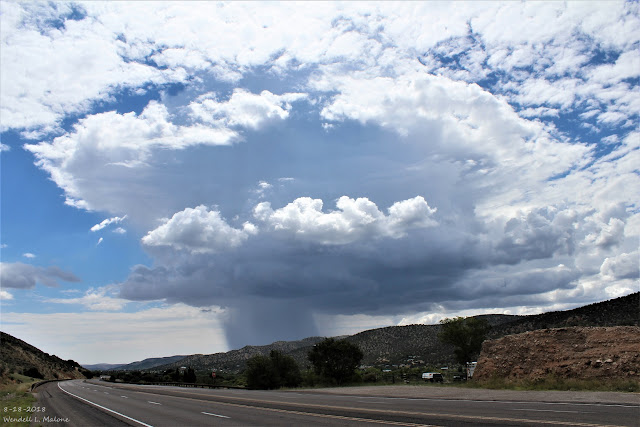 One of the reasons that we've seen so much variability in our summer rainfall this year is because of the nature of our thunderstorms. Hit and miss type storms like the one pictured above have been the norm. Notice that this rain shaft was perhaps 1/4 of a mile wide. So whoever was underneath it likely got a decent amount of rain but everyone else surrounding it got left out.

Roswell Was A Good Example Yesterday. 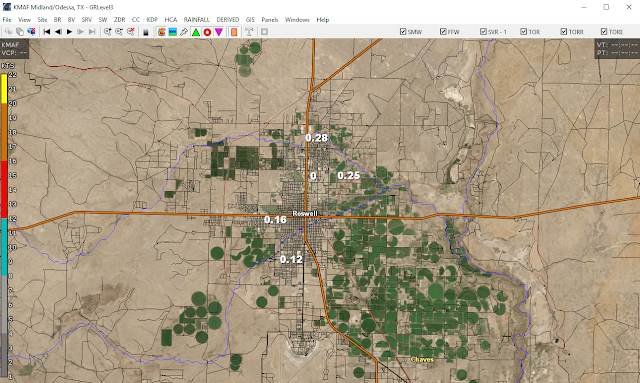 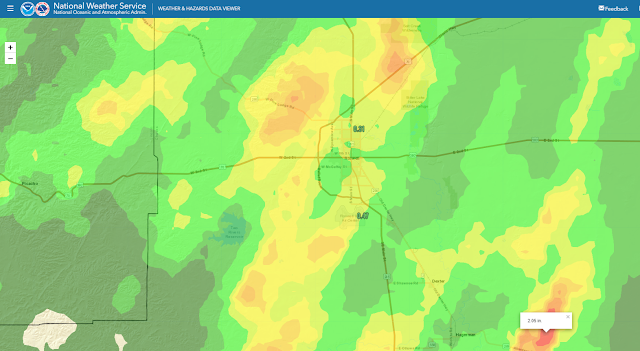 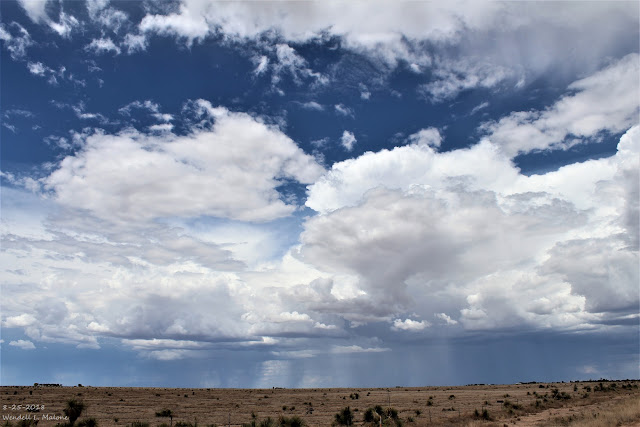 August 25th, 2018.
South Of Roswell, New Mexico Looking Back To The Northwest.

Checking through all of the reported rainfall totals that are available online (this includes Personal Weather Stations and Official National Weather Service and FAA Stations) the greatest reported measured 24-hour total I can find is from the Six Mile PWS west of Roswell with .52". The Roswell Airport reported .37".

Hobbs Is Another Case In Point. 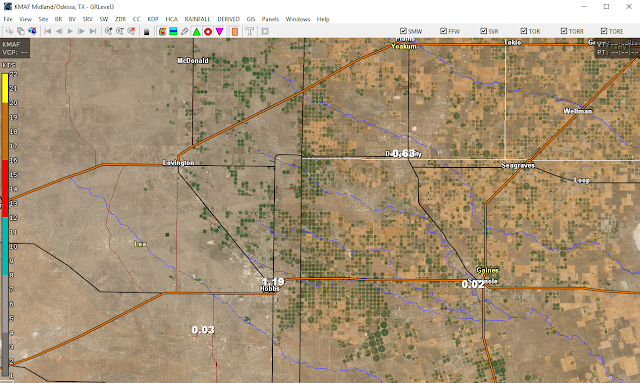 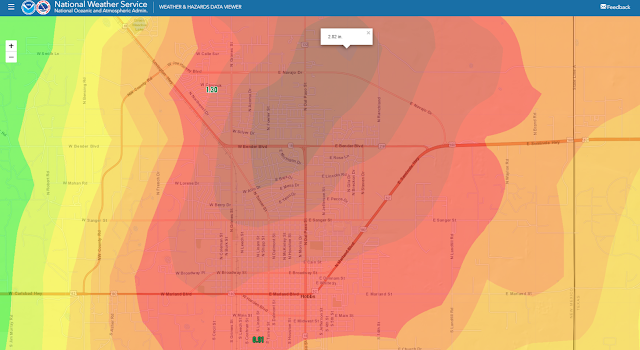 Hobbs was another great example of our spotty hit and miss thunderstorms so far this year. Late yesterday afternoon a strong thunderstorm dumped heavy rains over the central and northern sections of the city. Radar estimated that as much as 2.00" to 2.80" may have fallen in these areas. 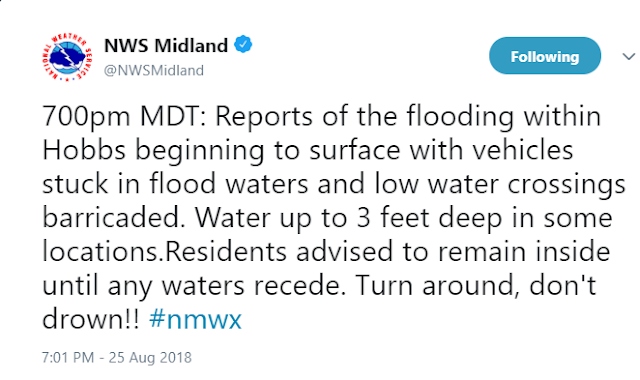 The Emergency Manager in Hobbs reported street flooding at the intersection of Bender and El Paso at 6:55 PM MDT. Flood waters were reported to have been 3 feet deep with vehicles stranded. As far as the reported 24-hour rainfall totals that are available online are concerned the greatest total I could find was 1.30" from a PWS in northwest Hobbs. A CoCoRaHS observer in central Hobbs reported 1.19" while a PWS in southwest Hobbs reported .91". Notice that all of these reports were outside of the heaviest rain core according to radar estimates.

One way anyone can help get more widespread rainfall reports online for all to see is by joining the volunteer rainfall, snowfall, and hail reporting group known as CoCoRaHS. Its free to join and you will be able to enter your daily rainfall, snowfall, and hail reports into their computerized system daily. Your rainfall records will be stored daily, weekly, monthly, and yearly. You will be able to view them anytime you chose as well as see what your neighbors or anyone else has reported. 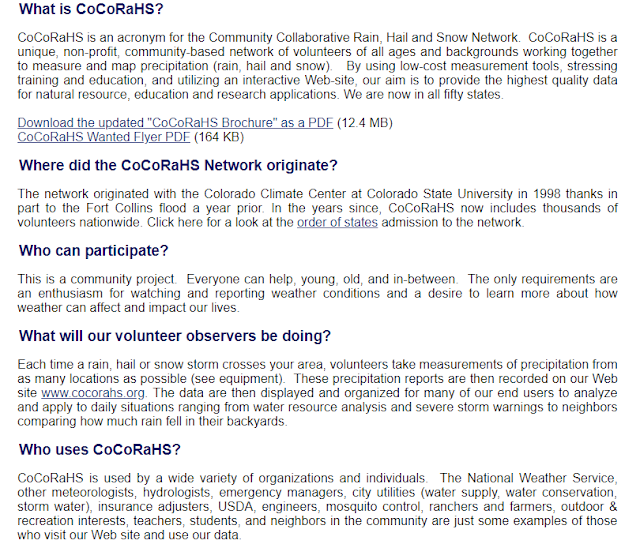 To join up and get started click on this link.

Don't have a rain gauge? Then purchase one like this pictured below. These are really cool and hold up to 11" of rainfall. You will be able to measure your rainfall totals in .01" increments. Take a look at this really cool rain gauge below.

Buy One Today Via This Link. 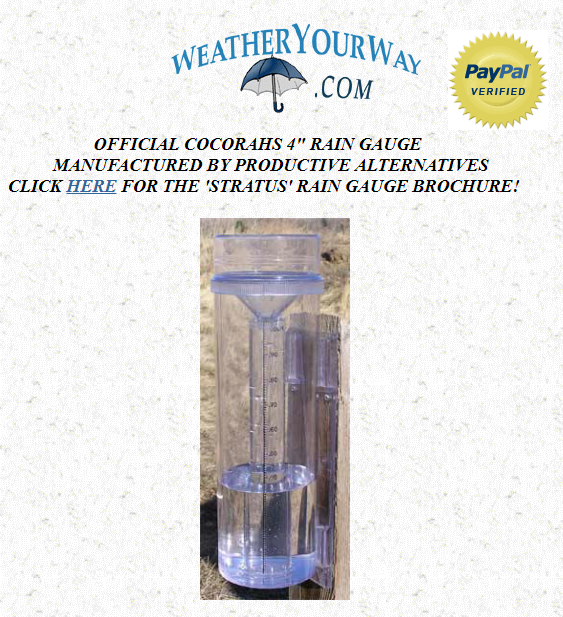 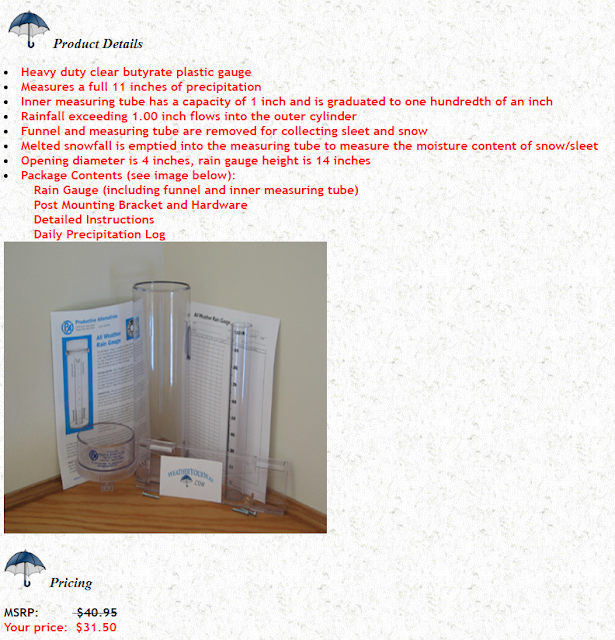 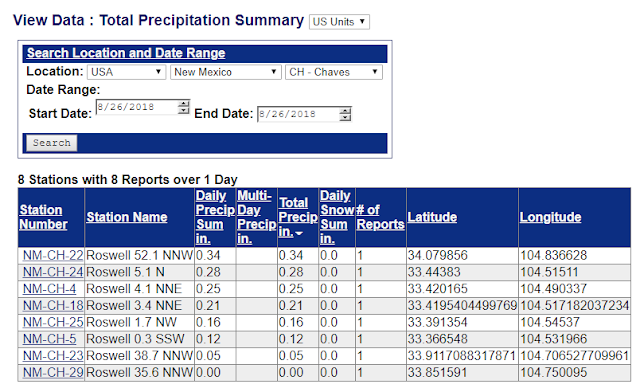