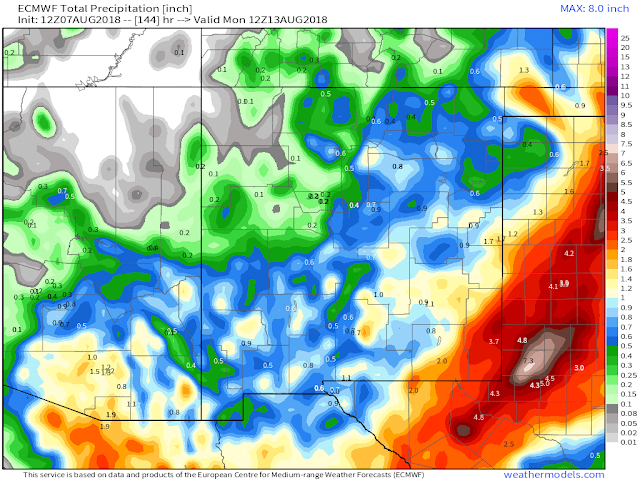 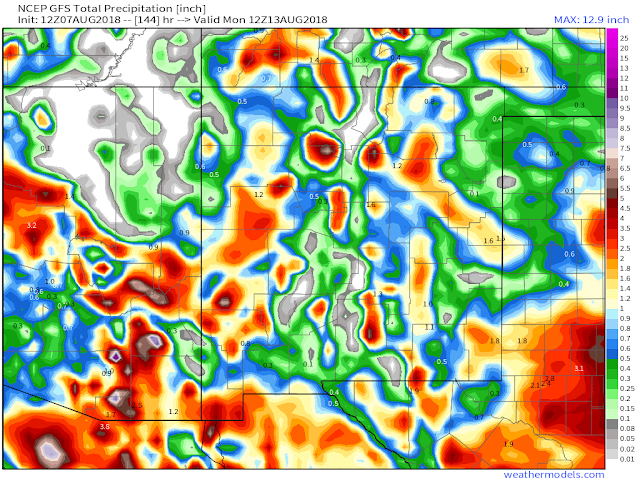 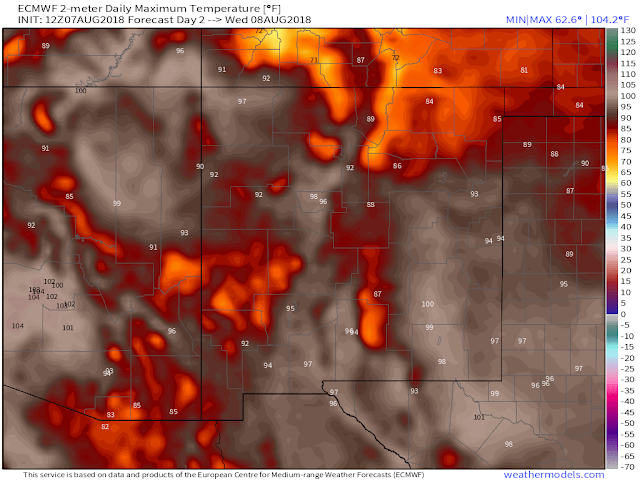 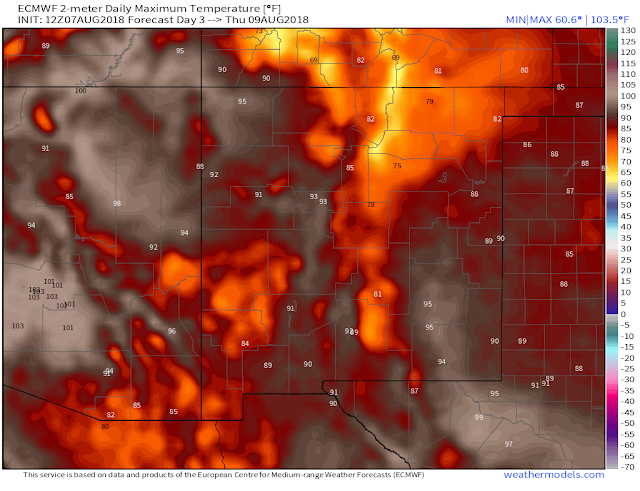 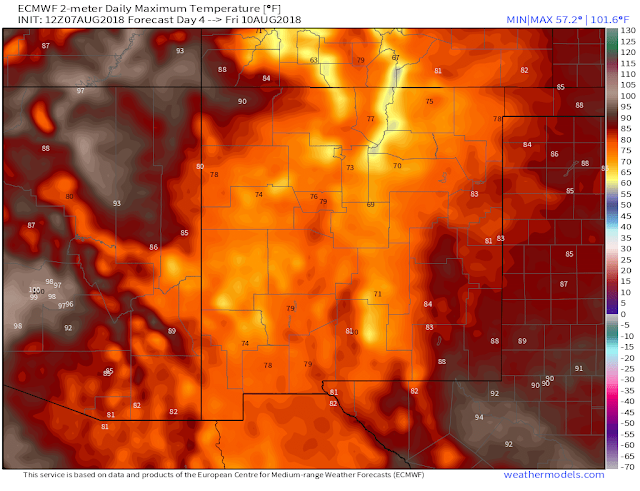 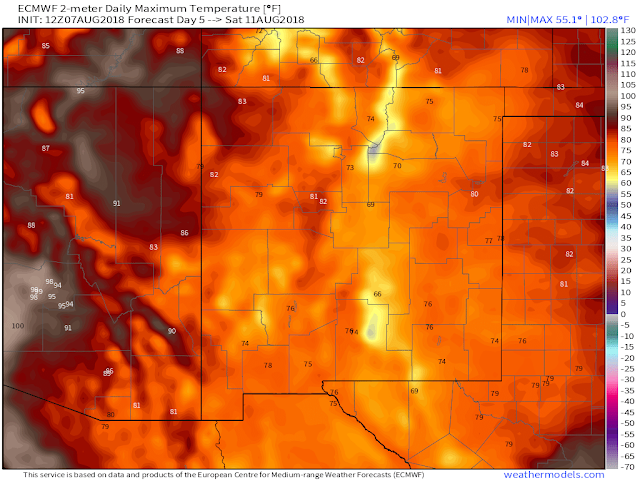 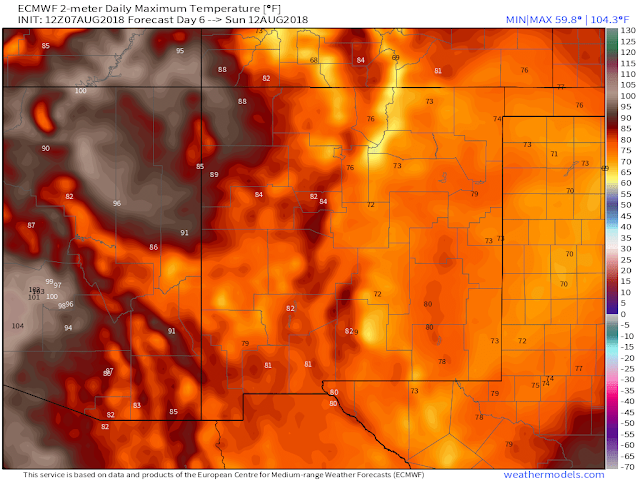 For all intents and purposes it would appear that finally a much anticipated and needed break from our summer heat and ongoing drought is coming. I chose this mornings run of the European forecast model to lay out the scenario beginning tomorrow into the weekend. Simply because the US GFS forecast model needs to be thrown in the trash as far as I am concerned. Its ridiculous just how bad it has been this summer with its excessive heat forecasts and lack of rainfall locally anyway...just my opinion so take it for what its worth.

A weak cold front and what appears to be a stalled trough of low pressure over the local area is forecast by both the ECMWF and the GFS to affect New Mexico's weather tomorrow into the upcoming weekend. Of course, as usual, these two major models are at odds as to how much cooling and how much rainfall will fall over the area. Although I do like the Europeans forecast high temps of the 70's for Saturday and Sunday...wishful thinking maybe but what a way to think in August.

I suspect that the ECMWF's excessive rainfall forecast of 7-8" in the Andrews area of West Texas may be overdone (I hope) come next Monday morning. But then again I'm equally unimpressed by the GFS models hit and miss forecast for the same time frame.

Here's what I currently think. A trend towards gradually cooler temps after Wednesday especially Friday into the weekend with occur. Rainfall totals very well could possibly be very heavy in some locations. Thus raising the concerns for localized flash flooding. How much and where is just about impossible to determine this far out. But generally speaking we appear on the verge of cooling down and getting wet.