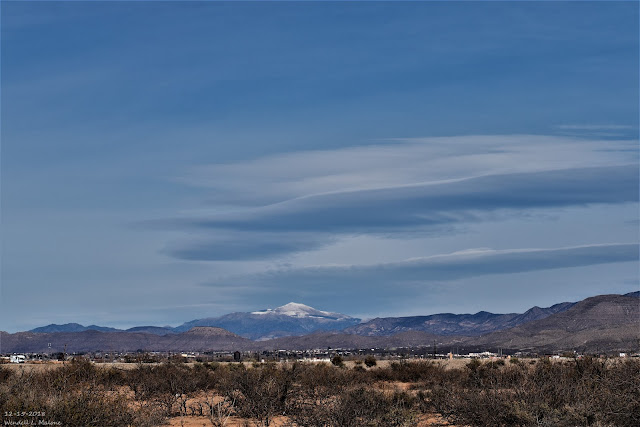 Looking Northeast From Alamogordo At Sierra Blanca Peak (12,003'). Altocumulus Standing Lenticular Clouds are hovering over and south of the peak. 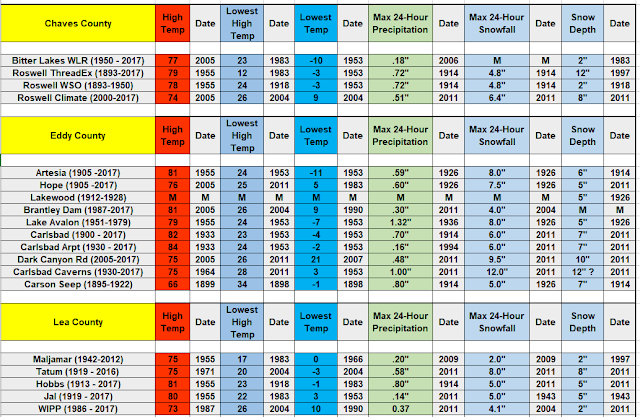 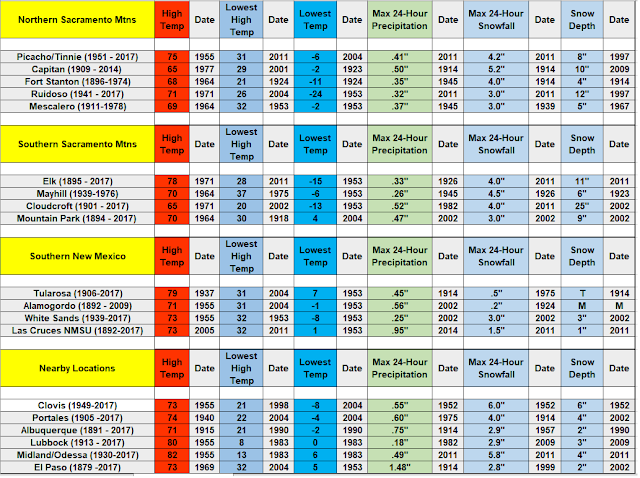 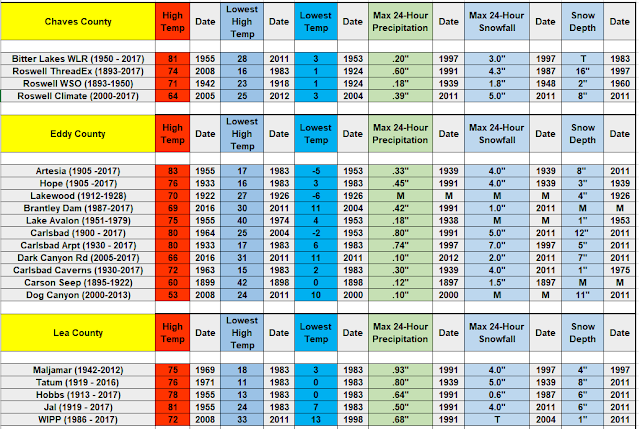 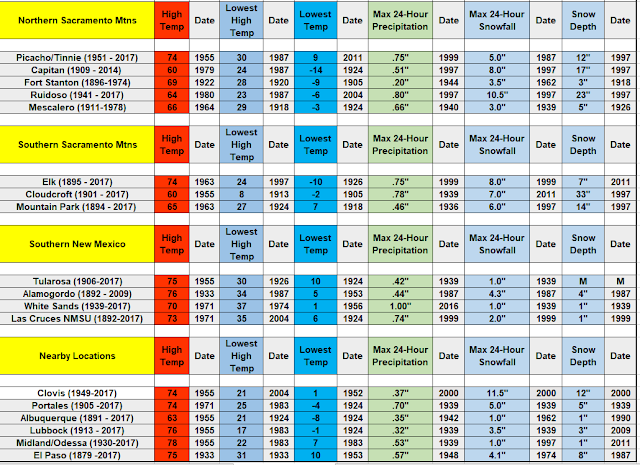 Wide Swings In Our Local Weather During The Christmas Holidays.

As you examine the known local historical weather records above it quickly becomes obvious that our weather during Christmas can be quiet varied. What I don't have is the historical peak wind gust records for the stations listed above. Wind chill temperatures are not included in the data either.

Christmas Eve 1955 saw high temperatures of 82º and 81º in Midland/Odessa and Artesia respectively.

Meanwhile, Christmas Eve 1983 was brutally cold with Lubbock only seeing an afternoon high of only 8º and Roswell 12º, and Midland/Odessa only reached 13º.

Carlsbad Caverns measured 12" of snowfall on Christmas Eve of 2011. Dark Canyon Road southwest of Carlsbad measured 9.5" of snowfall, Lake Avalon and Artesia measured 8" of snowfall in 1926.

Cloudcroft was in the deep freeze on Christmas Day 1913 with an afternoon high of only 8º.

1983 dominates the local record books for the coldest Christmas Day locally. Tatum only got up to 11º, Hobbs 13º, Carlsbad Caverns 15º, Roswell 16º, and Artesia and Carlsbad 17º. These readings did not include the wind chill factor which made it feel much colder.

These Records May Not Accurately Cover All Of Our Historical Weather Events Of The Past.

One of my favorite past times is searching through our local historical weather records. I love digging through the climatological records as well as our old newspaper articles. This continues to be an ongoing process and with time I keep coming up with interesting and for the most part forgotten historical weather events.

However, when it comes to snowfall records not just for the holidays but for any time you have to take these values with somewhat of a grain of salt. Of all of the weather parameters that are recorded snowfall measurements are perhaps one of the least accurate.

This occurs for a number of reasons. One being the folks who record daily climatological records for the National Weather Service are unpaid volunteers. Sometimes they are sick or have some other event or personal happenings going on in their lives that prevent them from recording their daily data, and thus they miss one or more days of record keeping.

They may not be at home or at the recording station for various reasons too. Some of these daily weather readings are taken at local, state, and federal government locations that close on the holidays...thus missing data on those dates is sometimes common. And if you notice some stations have closed and did not record the historical snowfall totals noted in the three-day snowstorms/blizzard of 1997, and 2011, and other dates.

Then some observers just either don't know how to properly record snowfall totals and snow depth measurements, or they may not have thought or understood how important these measurements were/are. I find this a lot in some of our past historical records. Sometimes they record the liquid content of the melted snowfall but fail to note the snowfall totals and snow depth totals in their records. On some occasions, the daily recordings are simply just missing with no explanation. So in the long run we find gaps in the historical snowfall records that sadly leave us wondering what really happened on some occasions.

To be honest I have a hard time believing some of the recorded snowfall totals and snow depth measurements from our mountain communities. If anything I believe that some of these totals are under-reported. For instance, I've been in Cloudcroft (8,750') and the surrounding locals in past winters where I personally observed a foot or more of snow on the ground, and yet when the local climatological records for the dates noted were consulted, I either found missing data or data that did not match what was observed. Its just hard for me to believe that the Ruidoso and Cloudcroft and surrounding areas have never had more than a foot or two of snow reported in the climate record observations on the ground during the Christmas Holidays.

My Sources Of Climatological Data Include-