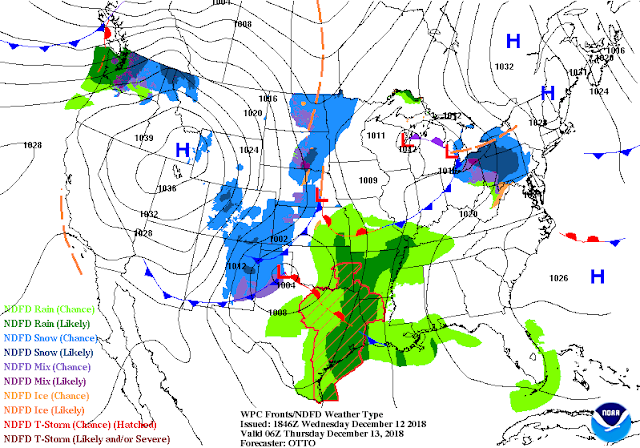 A fast southward moving cold front will blast into Southeastern New Mexico and nearby West Texas between 9 PM and Midnight MST tonight. Strong westerly winds will develop ahead of the cold front as it nears the area after sunset. Colder air will overspread the area tonight into Thursday behind the frontal passage. 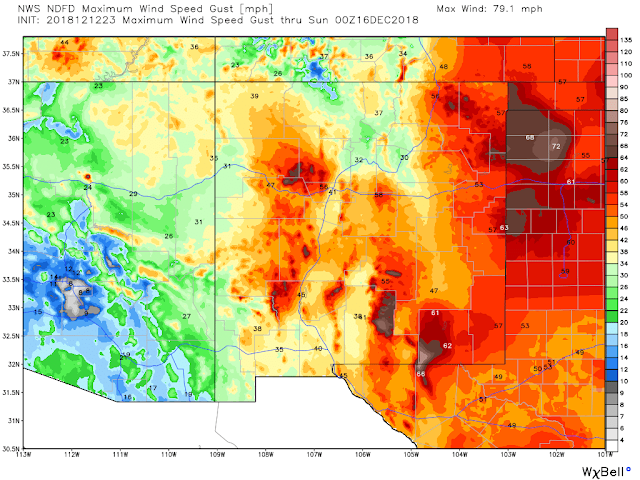 Our main weather story tonight into Thursday afternoon will be the high winds accompany the frontal passage and afterwards. A High Wind Warning is in effect for Eddy, Lea, Culberson, Lincoln, and Otero Counties from 11 PM MST tonight into 4 M MST Thursday afternoon. West winds shifting to the northwest with the frontal passage are forecast to increase to sustained speeds of 35-50 mph with gusts near 65 mph. In the Guadalupe Mountains West to northwest winds of 50-60 mph with gusts near 75 mph are forecast.

Areas of blowing dust will develop in the high winds which will suddenly reduce the visibility down to near zero with little or no advanced warning in parts of the local area tonight into Thursday. This will be especially true over and near open or freshly plowed farmlands, fields, lots, and construction sites.

As rain showers change over to snow showers late tonight into Thursday morning sudden drops in the visibility due a combination of these snow showers along with pockets of blowing dust will also occur in some areas. 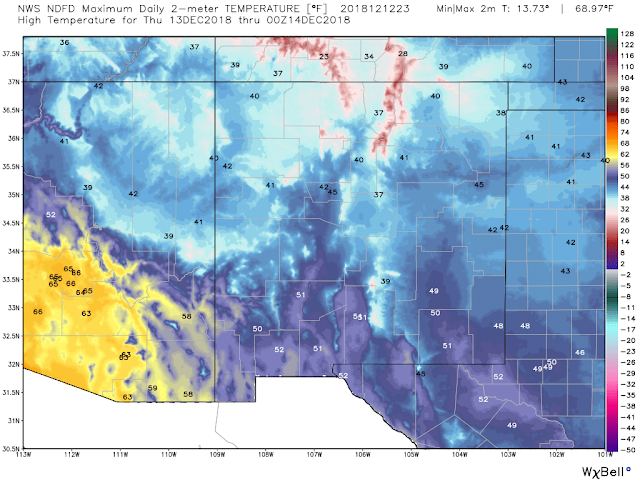 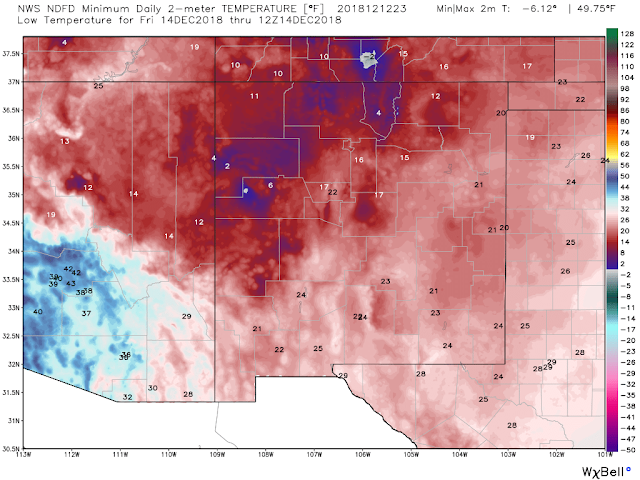 As our skies clear and the winds abate and a colder air mass settles in behind the approaching cold front Friday mornings lows will be in the teens and low 20's. 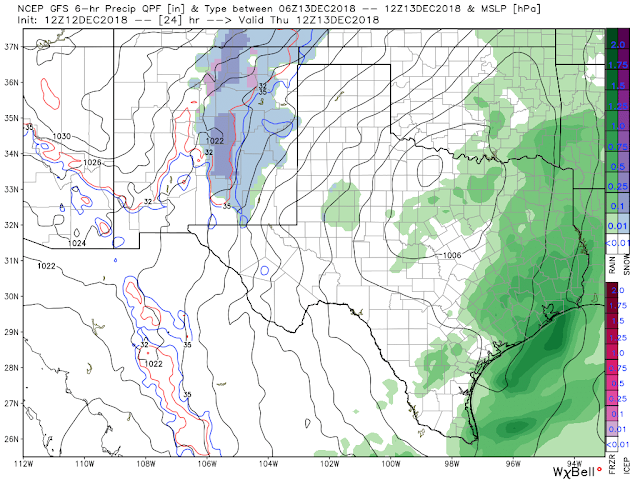 Valid At 5 AM MST Thursday Morning. 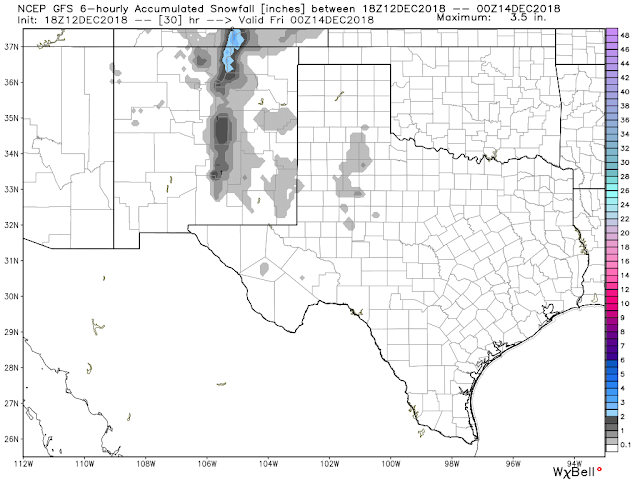 Light rain showers are forecast to quickly change over to snow showers early Thursday morning before sunrise. The best chance for any accumulating snow will be over and near the mountains where and inch or two will be possible.

The Truth Is Stranger Than Fiction - And Sometimes It Hurts!
at Wednesday, December 12, 2018