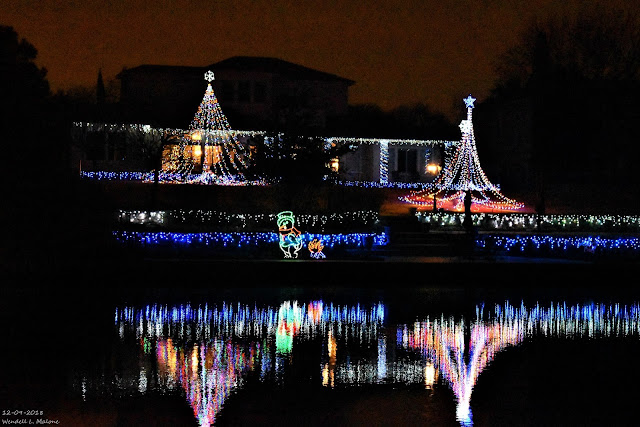 Windy Turning Colder With Some Snow. 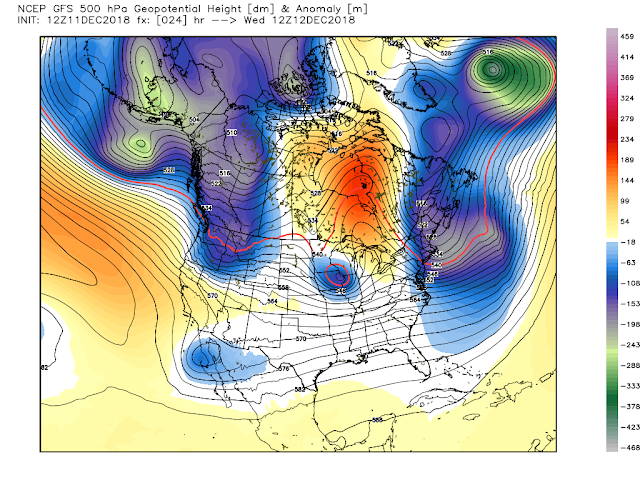 Valid At 5 AM MST Wednesday. 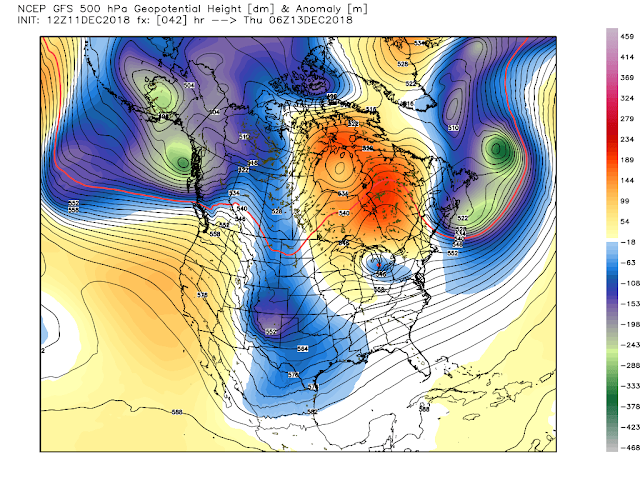 Two upper level storms will merge over the state on Wednesday which will produce our next round of wintry weather. The first storm is a weak closed upper level low located near San Diego this morning. It will move southeast across northern Mexico today into Wednesday and open up before becoming absorbed by the second stronger upper level short wave on Wednesday.

This second storm is currently located over the Gulf of Alaska and it is forecast to rapidly dive southeastward reaching the Four Corners around sunset Wednesday. It will then continue diving southeastward and should be located over or near the New Mexico/Texas state line near the Clovis area by sunrise Thursday morning according to this mornings GFS model forecasts. 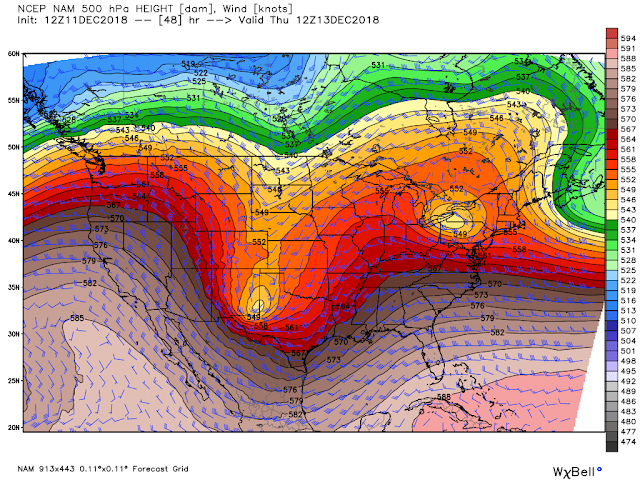 Once again the NAM model wants to hold this small closed upper level low back further to the south and west...placing it near the Eunice area by sunrise Thursday morning. Once again the exact timing and location of this next inbound winter storm will determine who gets snow and how much. Should the NAM and GFS forecasts pan out then once again Eddy County won't get much snow with the center of the upper level storm east or northeast of us come Thursday morning. If on the other hand it tracks further to the west and south then our chances for seeing the white stuff would go up. 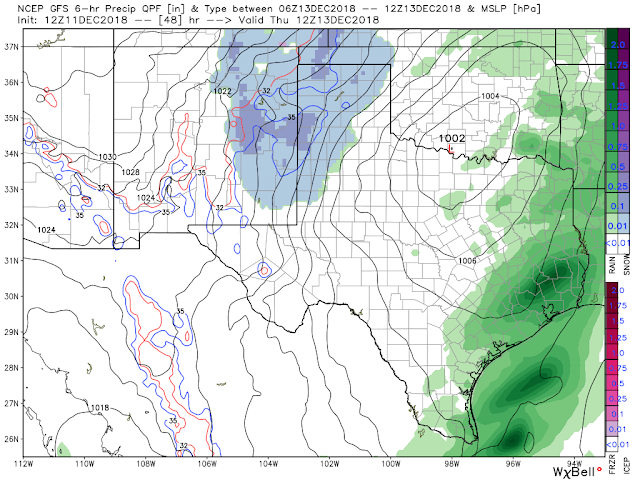 This mornings run of the GFS model has snow moving into Southeastern New Mexico by around sunrise Thursday morning and ending during the afternoon. 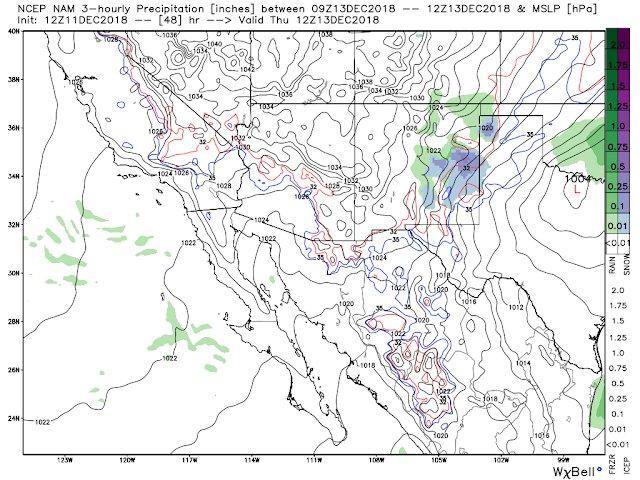 This mornings run of the NAM model has a similar forecast for the start and ending times of the snow over the local area. 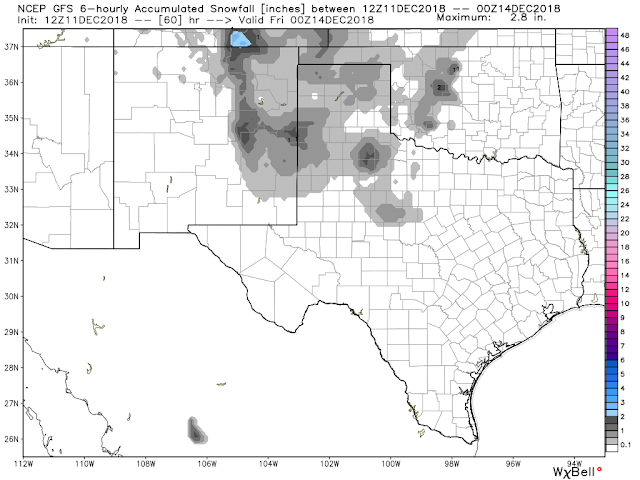 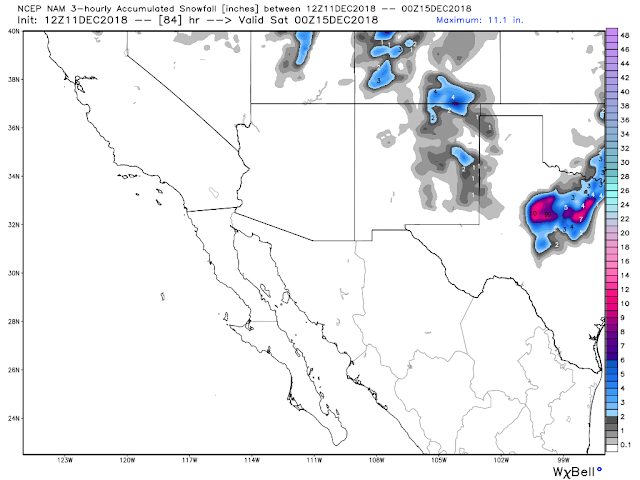 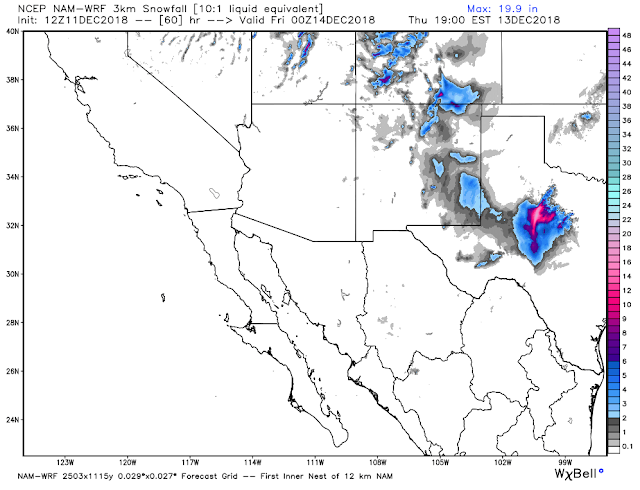 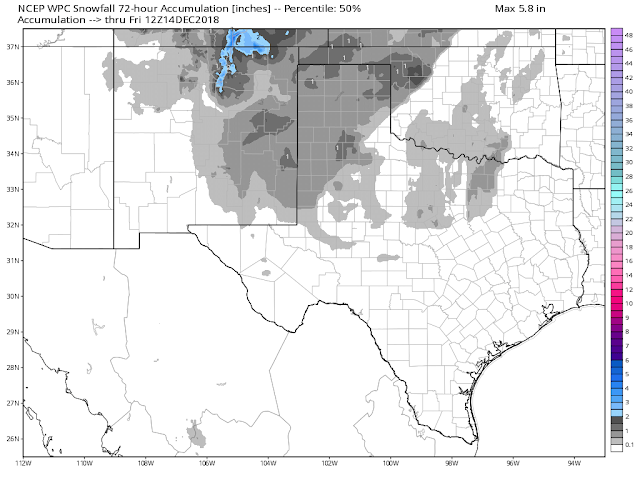 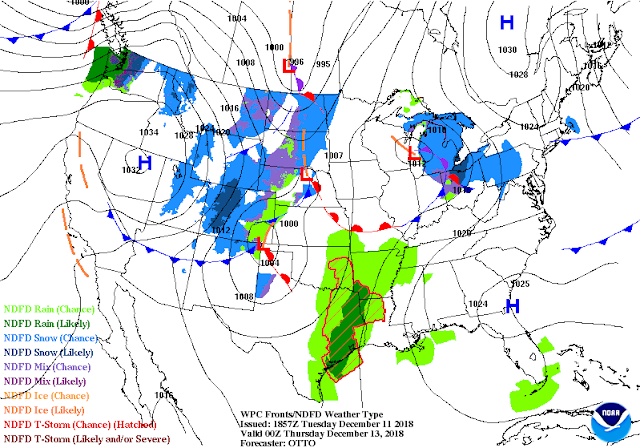 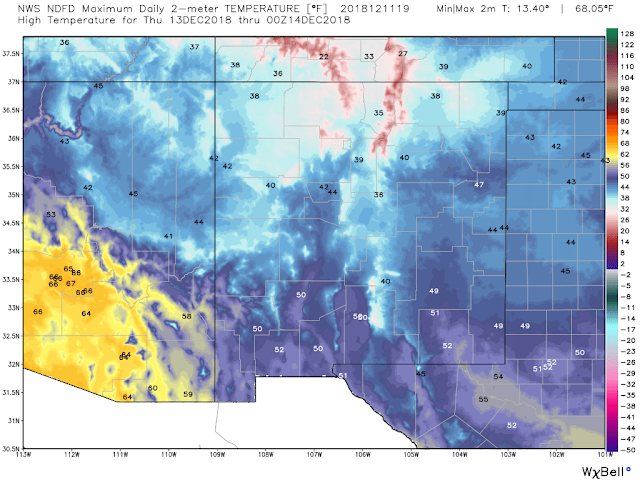 This fast moving incoming storm will not be all that cold so any snow that does manage to fall won't be around long with highs forecast on Thursday to be in the 40's to near 50. 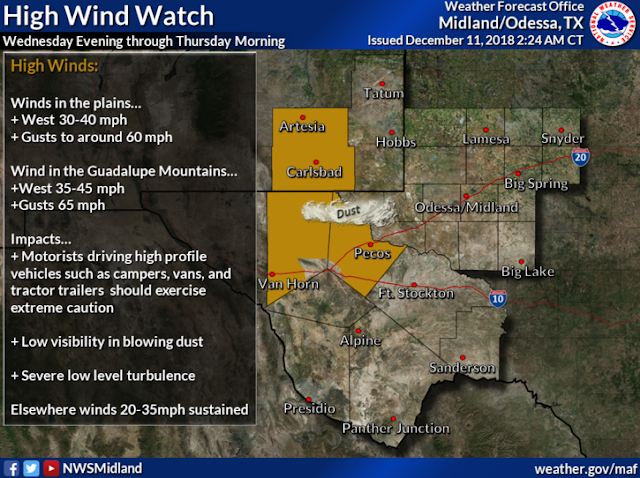 A High Wind Watch has been issued for Eddy and Culberson Counties for Wednesday evening through Thursday morning. West to northwest winds are forecast to increase to sustained speeds of 30-40 mph with gusts near 60 mph across the plains as the upper level storm and cold front approach the area. West winds in the Guadalupe's are forecast to increase to 35-45 mph with gusts near 65 mph. 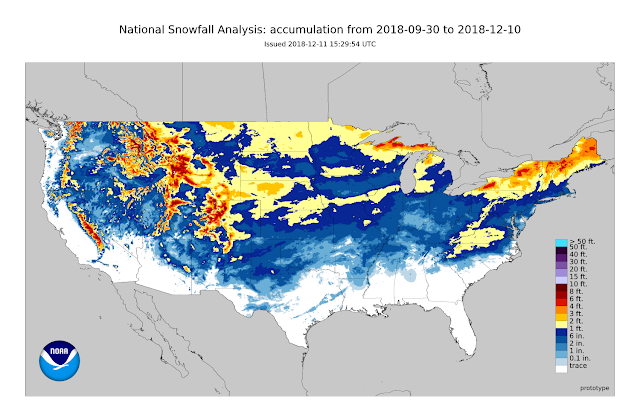 Here's our latest summary map of the snowstorm that tracked across the country over the past week and brought unusually heavy snowfall from the Southern Plains to mid-Atlantic. pic.twitter.com/LMMzsRGKJ3
— NWS WPC (@NWSWPC) December 10, 2018

Here's a map showing the snowfall reports received by our office with the weekend storm and a rough estimation of the swath of heavy snow. Compare this to an image of the snow field captured by satellite on Sunday. #lubwx #txwx #Snow pic.twitter.com/SGxWU50y5n
— NWS Lubbock (@NWSLubbock) December 11, 2018