Get Ready For Frost On The Pumpkins - Our First Freeze Comes Early This Year. 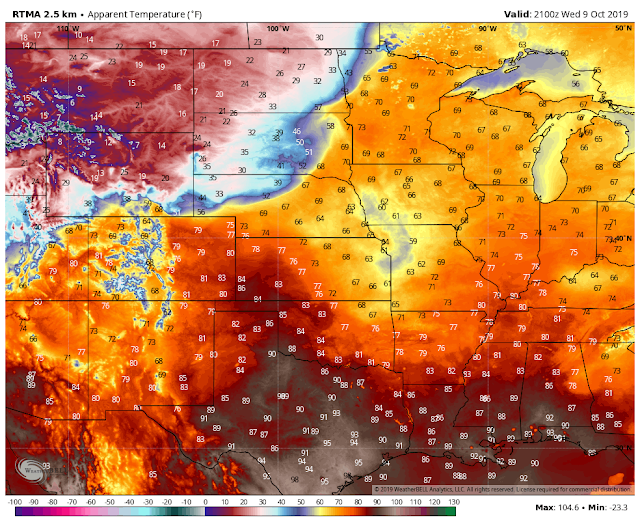 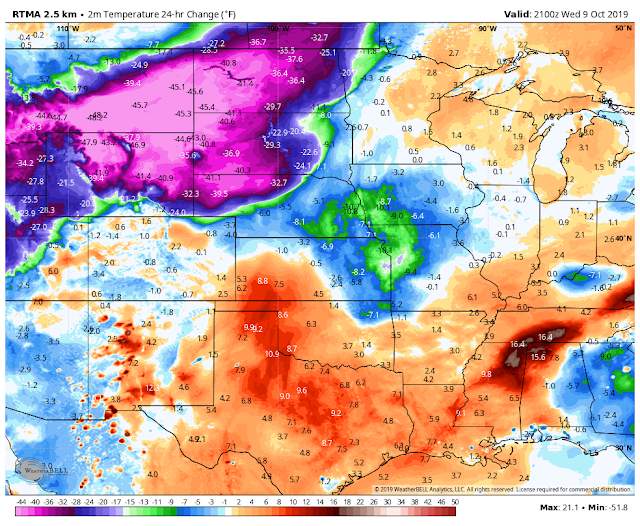 A balmy afternoon is underway across New Mexico and surrounding areas although its a tad bit breezy here in Southeastern New Mexico. Southwesterly winds are generally gusting up around 25 to 35 mph across the lower elevations with gusts in the Guadalupe Peak and Pass area approaching 50 mph.

Local temps as of 3 PM MDT are in the mid to upper 80's at the lower elevations with 60's and 70's in the nearby Guadalupe and Sacramento mountains. Get ready this is fixing to change dramatically beginning in about 24-hours.Contrast our temperatures at 3 PM with the widespread single digits and teens across Wyoming and Montana. Temperatures there have fallen some 35ºF to nearly 50ºF compared to this time yesterday. 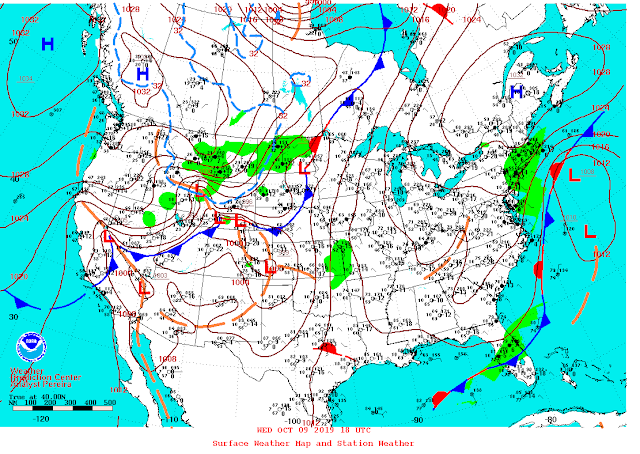 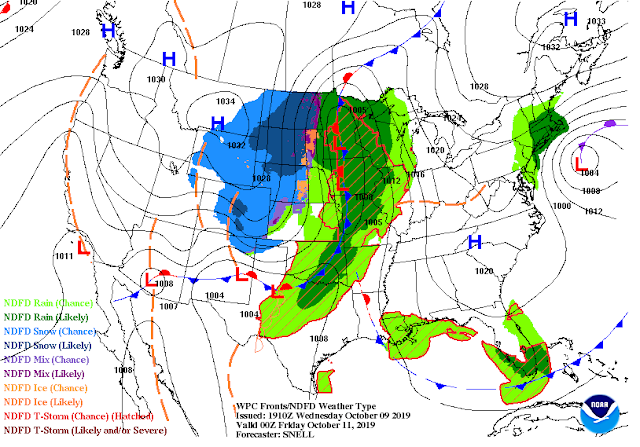 How Cold And How Soon Will It Arrive? 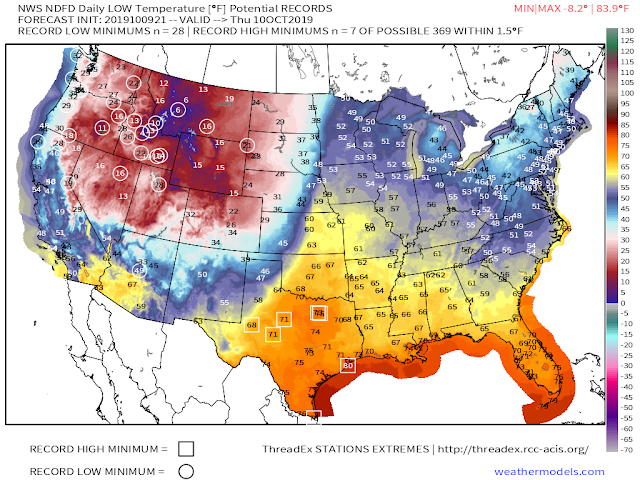 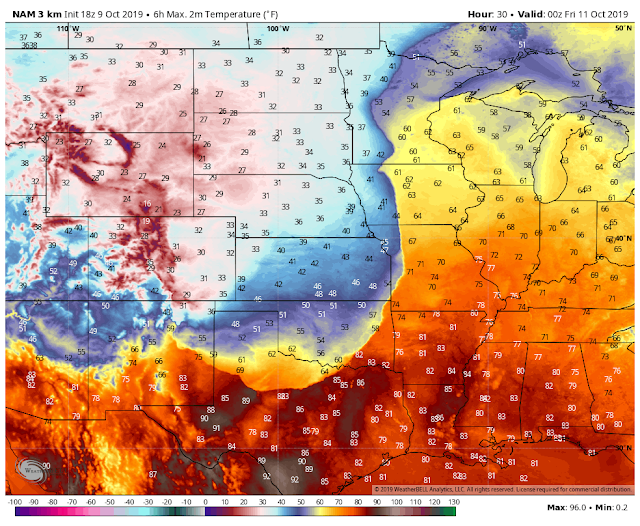 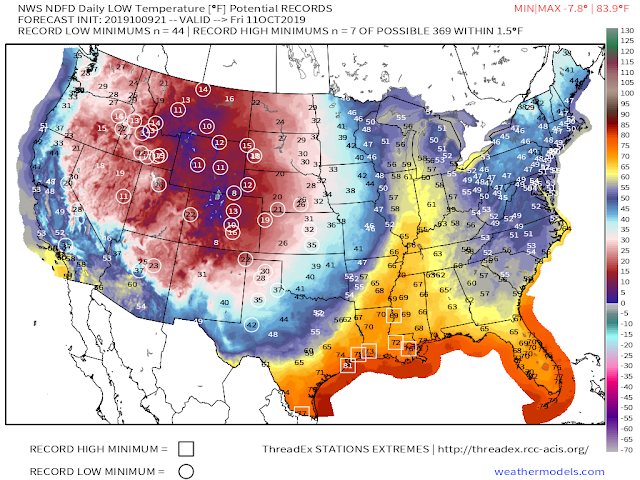 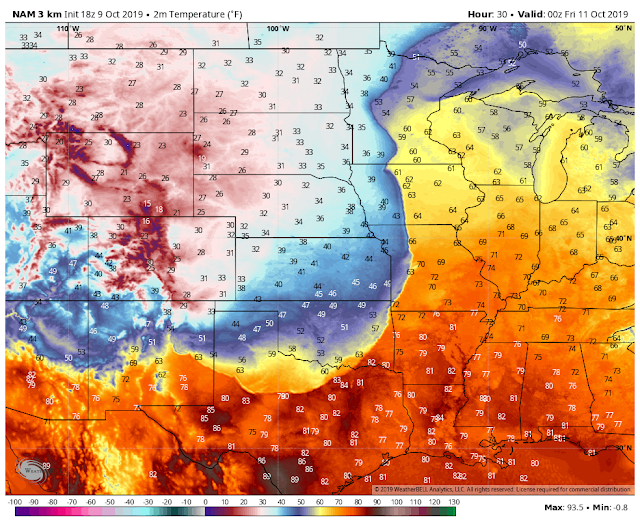 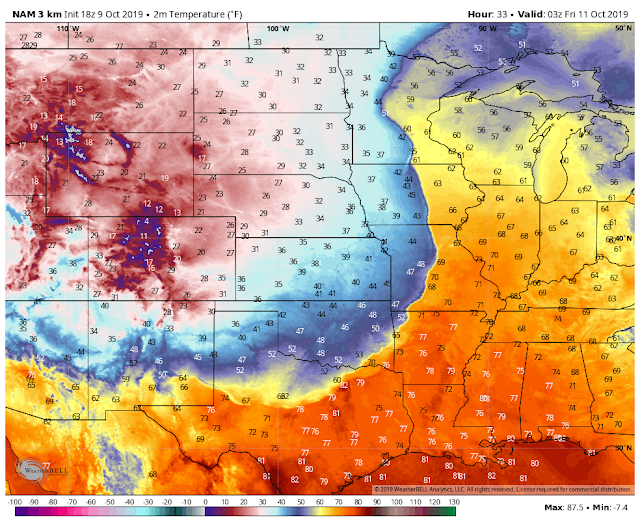 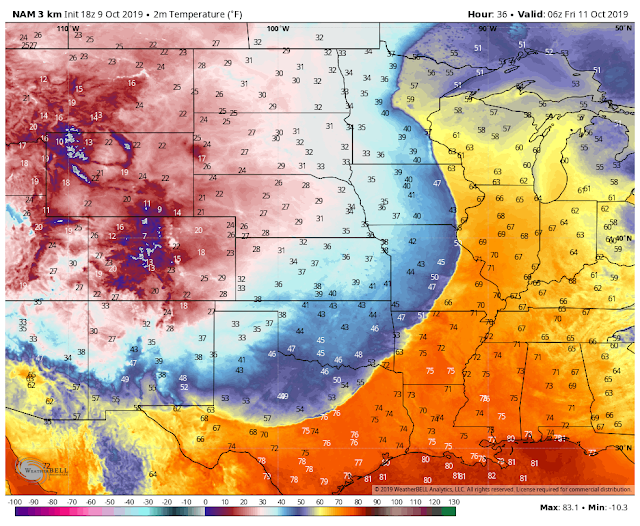 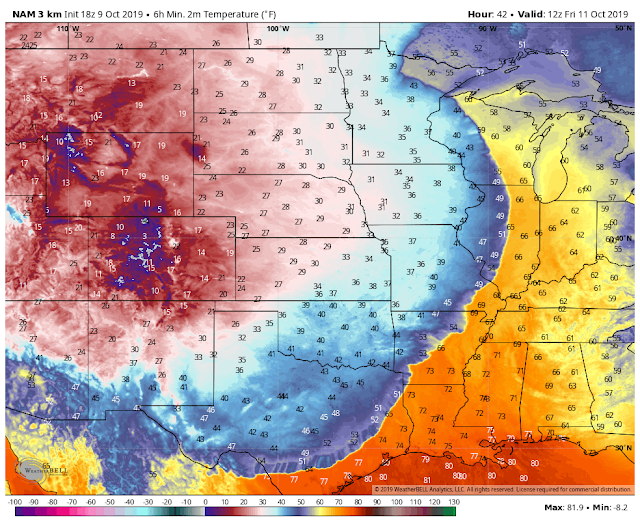 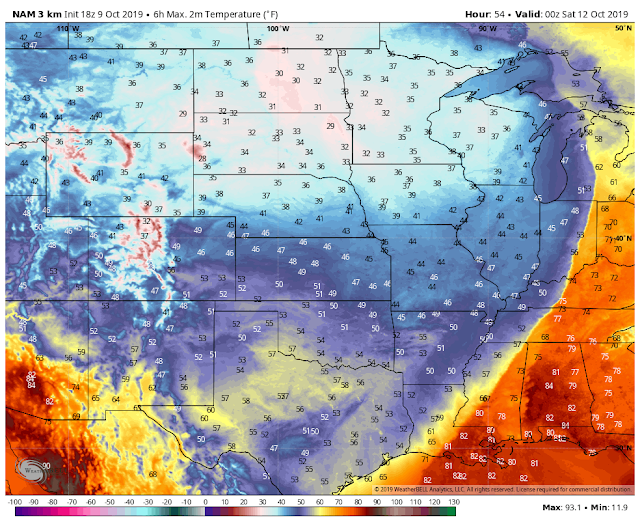 Get Ready For Frost On The Pumpkin.

Typically the computer forecast models often struggle with the arrival of arctic cold fronts locally and such will be the case tomorrow I believe. I also believe that its going to be colder than what is being forecast by the models too. Note Roswell's forecast low of 40ºF Friday morning compared to the National Weather Service forecast low of 36ºF and 34ºF for Saturday morning (As of 4 PM MDT Wednesday afternoon). Some of our daily record low temperatures for Friday and Saturday mornings may be in danger of being tied or broken.

Our local afternoon high temperatures on Thursday ahead of the cold arctic airmass that will be sliding south down the eastern plains should once again climb up into the mid to upper 80's. Its possible a couple of spots may hit 90ºF.

How fast will the arctic cold front move south will be a key factor in determining how cold and how quickly it will become Thursday evening across Southeastern New Mexico and nearby West Texas. Strong gusty northerly to northeasterly winds will accompany the frontal passage and some of these gusts may be in the 40 - 50 mph range. Patchy areas of blowing dust will also accompany the frontal passage more so over those areas east of the Pecos Valley that did not get as much rain as we did the past 10-days.

Wind chill values Friday morning will be in the teens and twenties in the mountains to the twenties and thirties across the Southeastern Plains and West Texas.

Forecast local low temperatures Friday morning range from the mid 30's to near 40ºF. I expect to see some locations dip down to freezing for the first time this fall so these areas will experience an early frost or freeze. The question remains just how cold Saturday morning will be locally. Typically the second morning after a frontal passage is usually the coldest for us. So don't be surprised if many of us experience our first freeze of the season Saturday morning. Some areas including the higher mountain valleys may even have a hard freeze.

Highs on Friday are forecast to be in the 40's and 50's with the 60's returning Saturday.