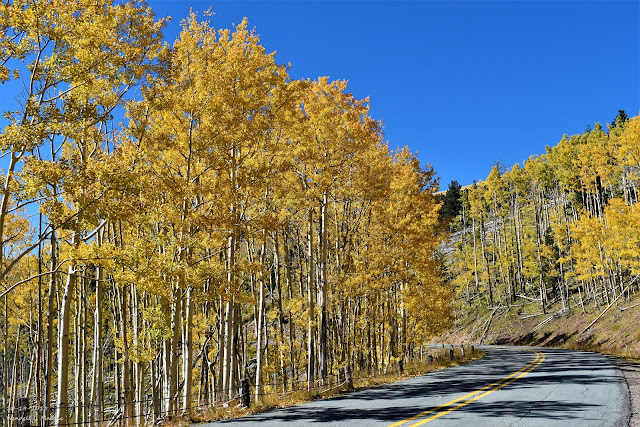 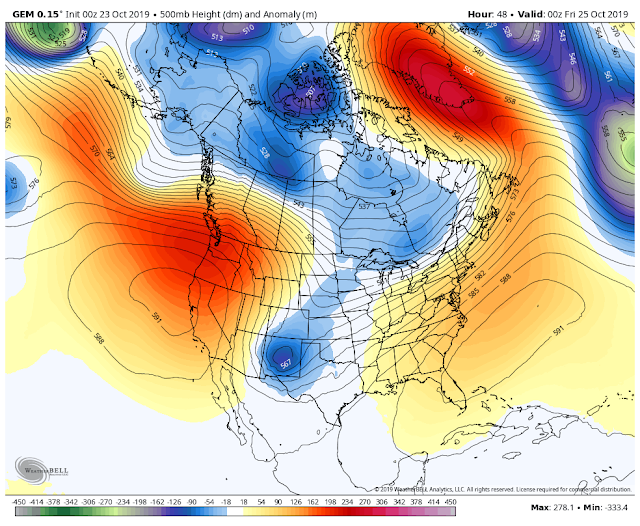 Disagreement between the forecast models continues concerning the seasons first winter storm that will affect the state tonight into Friday. The GFS model continues its trend of moving the short wave trough through rather quickly instead of closing it off over the area like the European and Canadian. The European has backed off some on a closed low over Eastern New Mexico. Worst case scenario still comes via the Canadian (depicted above) which maintains a closed low over northern Southeastern New Mexico by sunset Friday. How bad this first winter storm ends up being will be highly dependent upon what happens with the track and strength of the system. 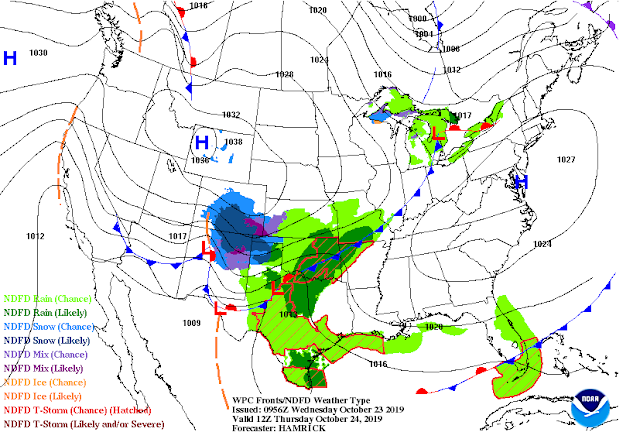 Valid At 6 AM Thursday Morning.

A strong fast moving cold front is forecast to overspread the area by sunrise Thursday morning. Falling temperatures throughout the morning and day accompanied by strong gusty northerly winds will make it feel winter-like locally. 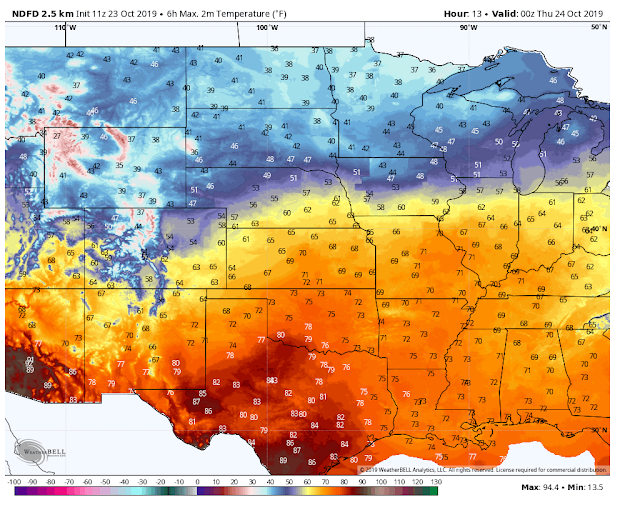 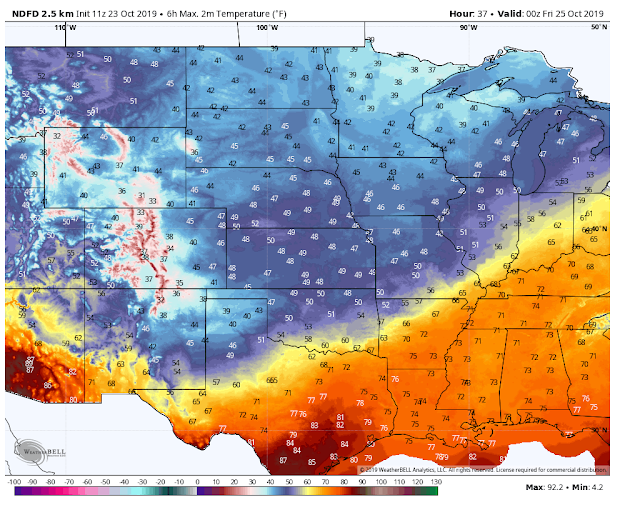 Our high temperatures on Thursday will only be in the 40's and 50's behind the front. 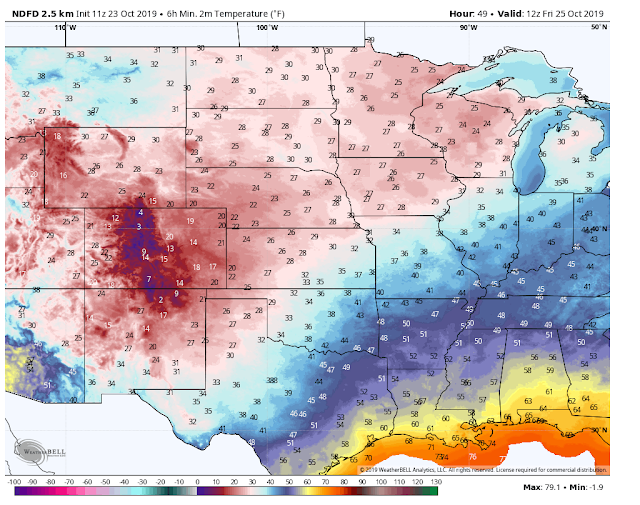 Our low temperatures are forecast to drop down into the 20's and 30's Friday morning which will likely usher in the first widespread freeze of the season locally. 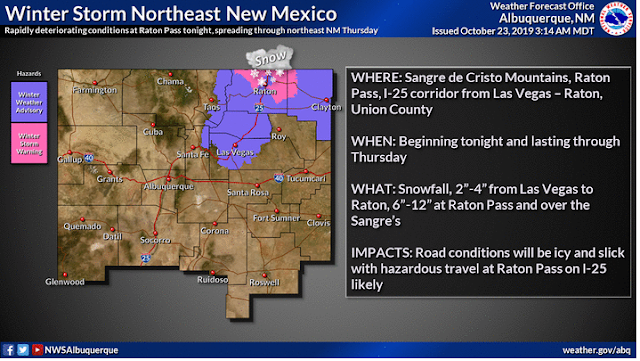 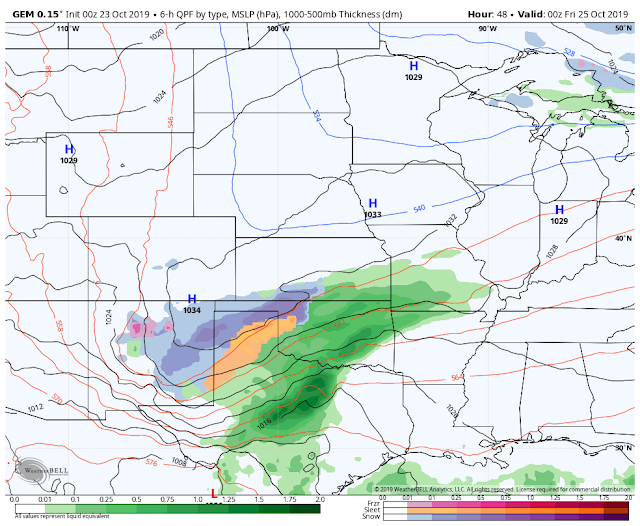 Should the Canadian model verify instead of the European and GFS models then a mix of light rain, light snow, and sleet could be possible late Thursday afternoon and evening over parts of Southeastern New Mexico and West Texas. However there still remains much uncertainty concerning this so this is not set in stone just yet. 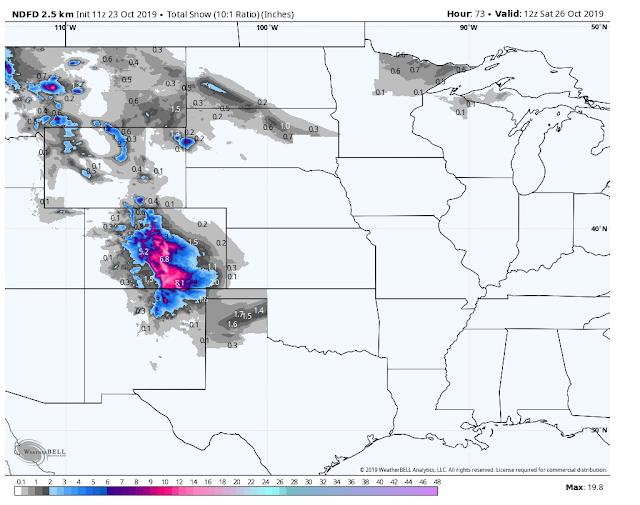 Valid At 6 AM MDT Saturday. 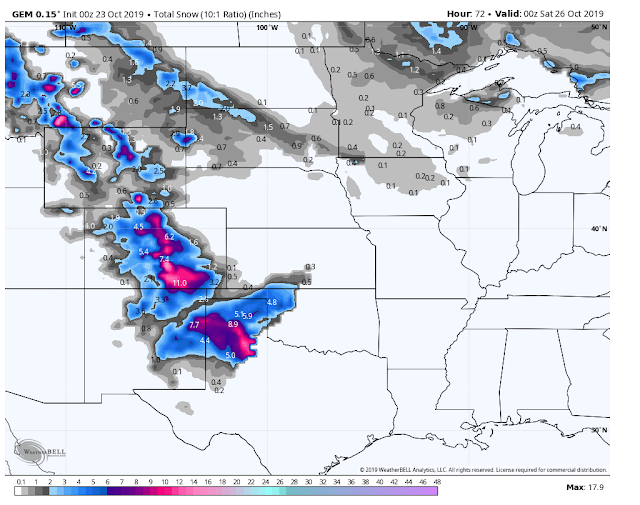 Again the Canadian forecast model offers the worst case scenario concerning our potential for winter weather and snowfall over the area Thursday into Friday. Time will tell which model gets this one right.

A High Wind Watch has been issued for Guadalupe Pass for Thursday morning through Thursday night for northeasterly winds sustained at around 40 to 50 mph with gusts near 60 mph.

The Truth Is Stranger Than Fiction - And Sometimes It Hurts!
on October 23, 2019
Posted by Wendell Malone