March Can Be A Wild Month Weatherwise In New Mexico. 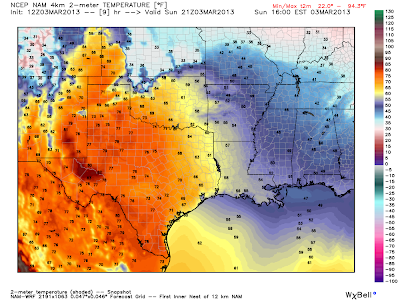 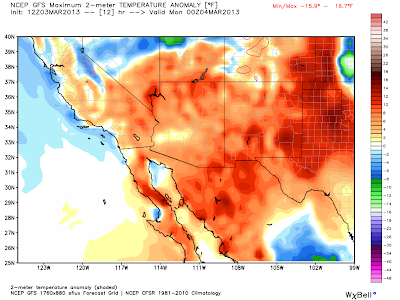 Meteorologically speaking spring sprung itself upon us last Friday. Trust me it will feel like spring today and tomorrow with our forecast high temps today expected to be in the low 80's for the Roswell, Artesia, Carlsbad, and Hobbs areas. Monday's temps are forecast to be even warmer, jumping up a few more degrees into the upper 70's to the upper 80's.

Our afternoon highs today and tomorrow will be averaging some 15 to 20 degrees above normal. A few new daily record high temp records may be set across the local area today and again tomorrow.

Strong westerly winds are forecast to rake the area today and tomorrow as well. Of course they will, it is after all March. West winds are forecast to gust up to around 45 mph today, and around 50 mph tomorrow. There may be areas of localized blowing dust as well, especially tomorrow over our more dust prone locations.

Even stronger winds are forecast across the Guadalupe's with southwesterly to westerly winds increasing to 40 - 50 mph with gusts over 65 mph. 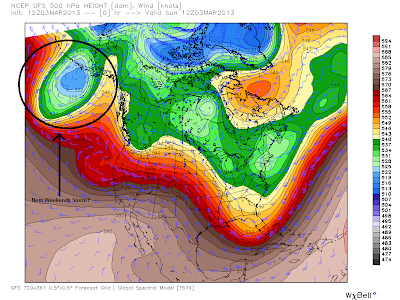 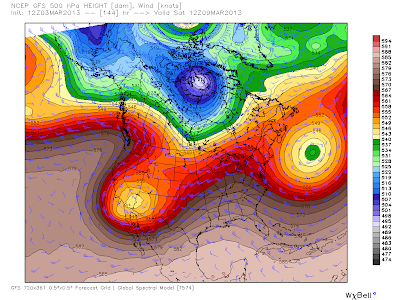 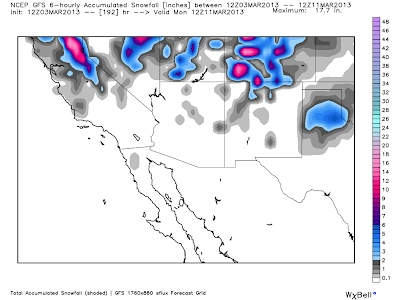 Our next significant late winter, early spring storm, is forecast by the models to affect the Desert Southwest by late next week, and on into the following weekend. Just what exactly this storms impacts will be on the state and nearby areas is a little unclear yet. But given the history of recent storms that have taken a similar track, this one needs to be watched closely.

March usually is a pretty wild month for New Mexico. As we try and roll out of winter and into spring, the atmosphere is fully engaged in a battle between these two seasons. Strong upper-level storms are still riding the jet stream southeastward out of the Gulf of Alaska, while encountering a progressively warmer atmosphere in time the further south they come.

Powerful winter storms can, and often do, buffet our state during March. Heavy snows often hammer the mountains while high winds and blowing dust batter the lower elevations. Its not unusual to see our temps here in the southeastern part of the state climb up into the 90's. Nor is it unusual for us to see snow and some pretty cold temps.

March 3 - 9 is National Severe Weather Preparedness Week across the nation. Now would be a good time to review your safety plans for your home, work, churches, and other public gathering places, just in case severe weather strikes your area this year.

Clovis, New Mexico suffered an EF2 tornado which killed two people, injured 35, and caused some 16.5 million dollars in damages. The tornado's average width was 200 yards and damaged some 500 homes and other buildings.