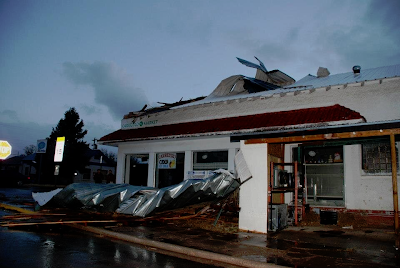 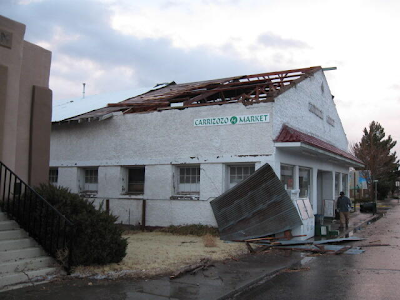 Southern New Mexico's first Severe Thunderstorm Warning of the year was issued by the El Paso National Weather Service Office at 5:04 PM MST yesterday. A cluster of thunderstorms moved northeastward through the Tularosa Basin at around 50 mph while producing damaging winds.

The highest wind gust noted was at San Augustin Pass, where a gust to 78 mph was recorded. The Warning was allowed to expire at 5:45 PM. As this cluster of thunderstorms moved through the Carrizozo area at 5:45 PM MST, damage to the Carrizozo Market (pictures above) occurred from high winds. Additional wind, rain, and snow reports across the state can be viewed by visiting this link.

This proves that severe weather can occur just about anywhere in New Mexico, at any time, and not necessarily across the eastern or southeastern plains where it is most common. 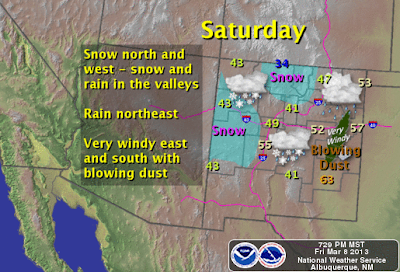 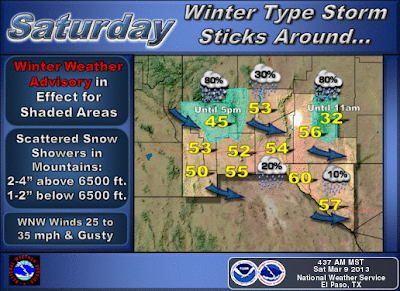 Today's weather will be fairly typical for March, windy and dusty. A Wind Advisory covers much of the area for westerly winds that are forecast to increase this morning to 30 - 40 mph with gusts up around 55 mph.

As would be par for the course a High Wind Warning remains in effect for the Guadalupe mountains today and into this evening around midnight. Westerly winds are expected to become sustained at around 35 - 50 mph with gusts near 70 mph.

Our normally dust prone locations such as open or freshly plowed farmlands, fields, construction sites, and lots will be especially vulnerable to blinding clouds of blowing dust. Sudden drops in the visibility down to near zero with little or no advanced warning may occur in and near these locations today.

A Winter Weather Advisory is in effect today for the southern Sacramento mountains where 1" - 3" of new snow will be possible below 7,500' MSL. Cloudcroft and surrounding areas above 7,500' may see 3" - 5" of new snow by tonight. 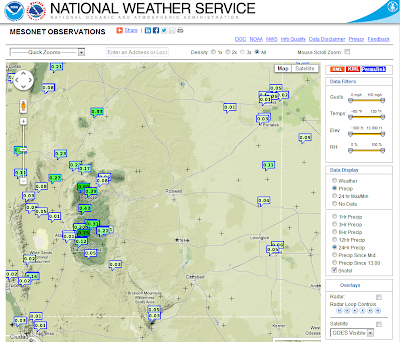