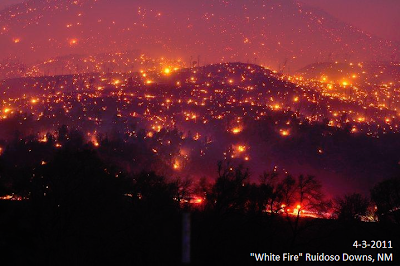 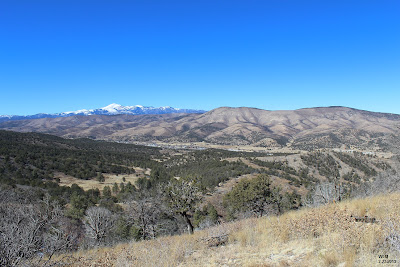 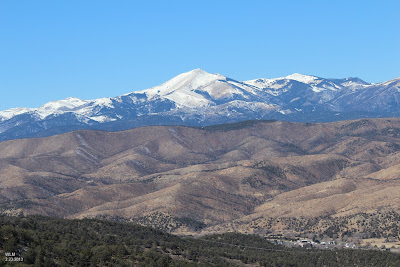 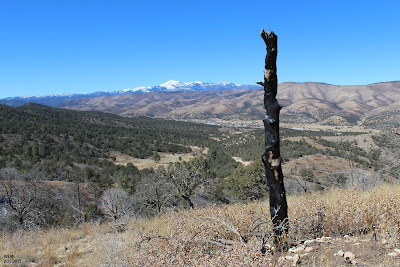 My wife and I spent last weekend in Ruidoso, New Mexico celebrating our anniversary. We had just taken a drive up a rural road where I shot the three photos above of Sierra Blanca Peak. As we headed back to Ruidoso my wife spotted the Pinion Pottery in Ruidoso Downs.

We stopped in and while she was shopping around the store, I spotted a large autographed photo of the now famous White Fire photo (top photo above). I started inquiring about the photo and found out that it was taken by Mr. Doug Conley, the husband of Vicki Conley, the Pottery maker and artist of the store.

Mr. Conley was outside pruning some of his fruit trees, and was kind enough to come inside and visit with me for about twenty minutes. He described the fire and the photo in detail, and we chatted some about the current ongoing drought, long term weather trends and outlooks. Mr. Conley has lived in the Ruidoso area all of his life and had some really great stories to tell. I had always wondered who was lucky enough to have taken this famous photo and now I know. What a privilege it was to meet Mr. Conley.

The three photos (above) that I shot show the burn scar as it is today. Sadly as we start the meteorological beginning of our spring, we are facing yet another very dangerous fire weather season in New Mexico and surrounding areas. We desperately need a wet spring and summer.

My Web Page Is Best Viewed With Google Chrome.
on March 02, 2013
Posted by Wendell Malone