The 2014 El Niño Is Looking More And More Like A Bust. 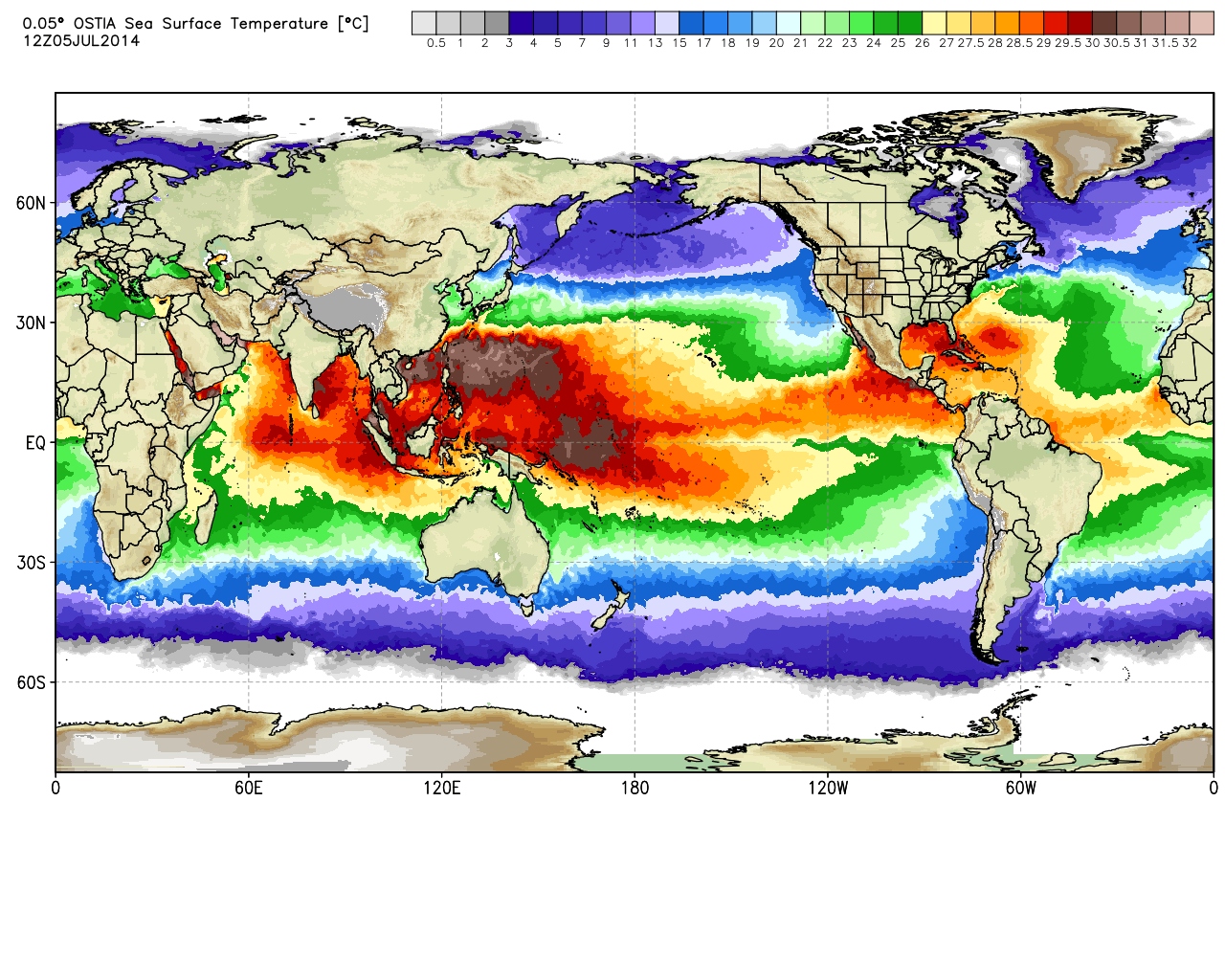 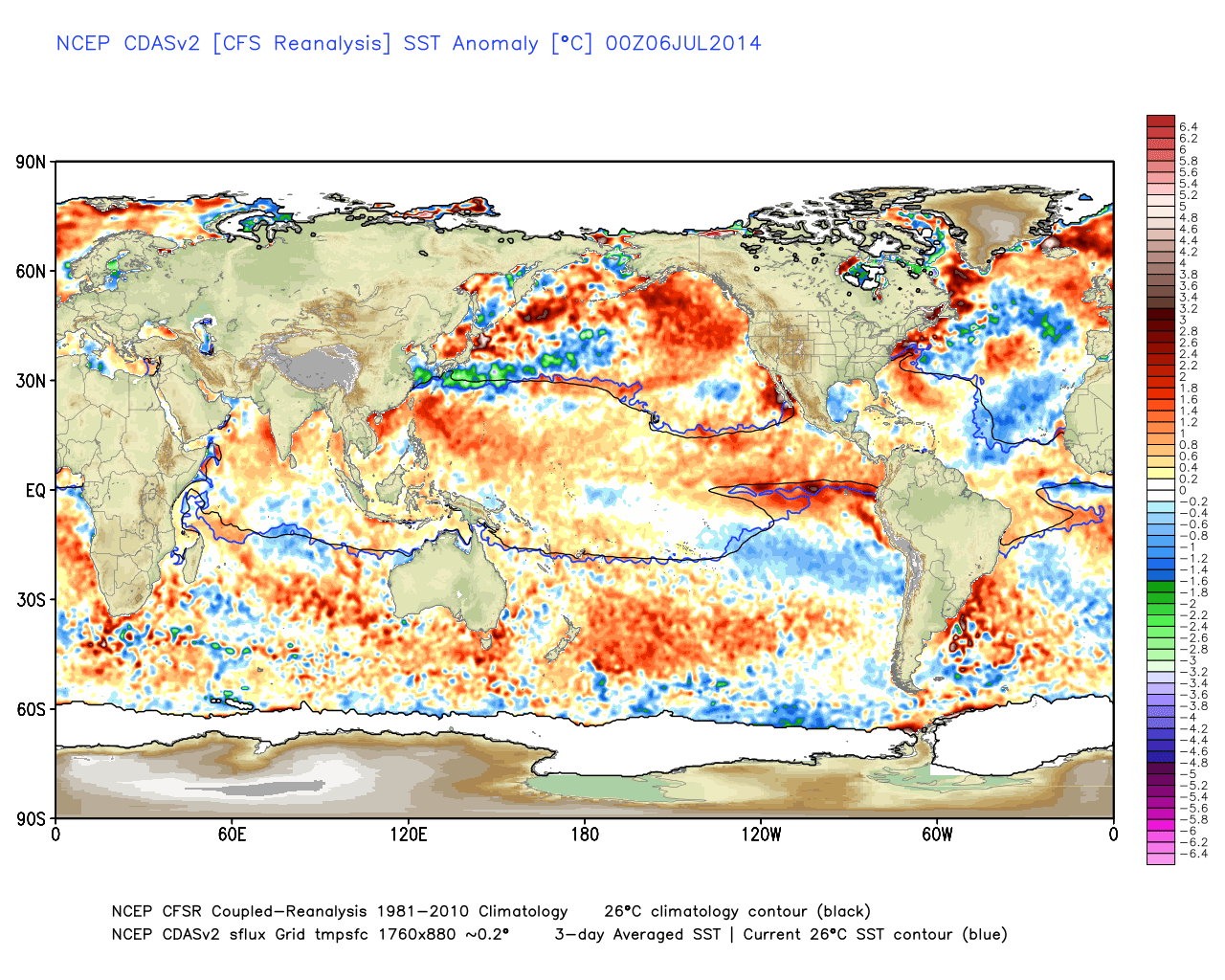 How many of you remember all of the hype and hopula that the media put out late this winter into this spring about the 2014 El Nino being a "Super El Nino" possibly as strong or stronger than the 1997 El Nino? The left will go to extremes to try and promote their Global Warming, Climate Change, agenda. Well here is the latest and its not looking too good for their propaganda.

LIMA (Reuters) – The worst of the potentially disastrous weather pattern El Nino is now behind Peru and cooling sea temperatures are luring back schools of anchovy, the key ingredient in fishmeal, authorities said on Friday.
Temperatures in Peru’s Pacific peaked in June, rising 3 degrees Celsius (5.4 Fahrenheit) above average levels, but have since retreated and will likely return to normal by August, the state committee that studies El Nino said.
“The possibility of us seeing an extraordinary Nino is ruled out,” said German Vasquez, the head of the committee.
Read more: http://news.yahoo.com/peru-says-el-nino-threat-over-waters-cooling-232314417.html
h/t to Dennis Wingo
The Truth Is Stranger Than Fiction!