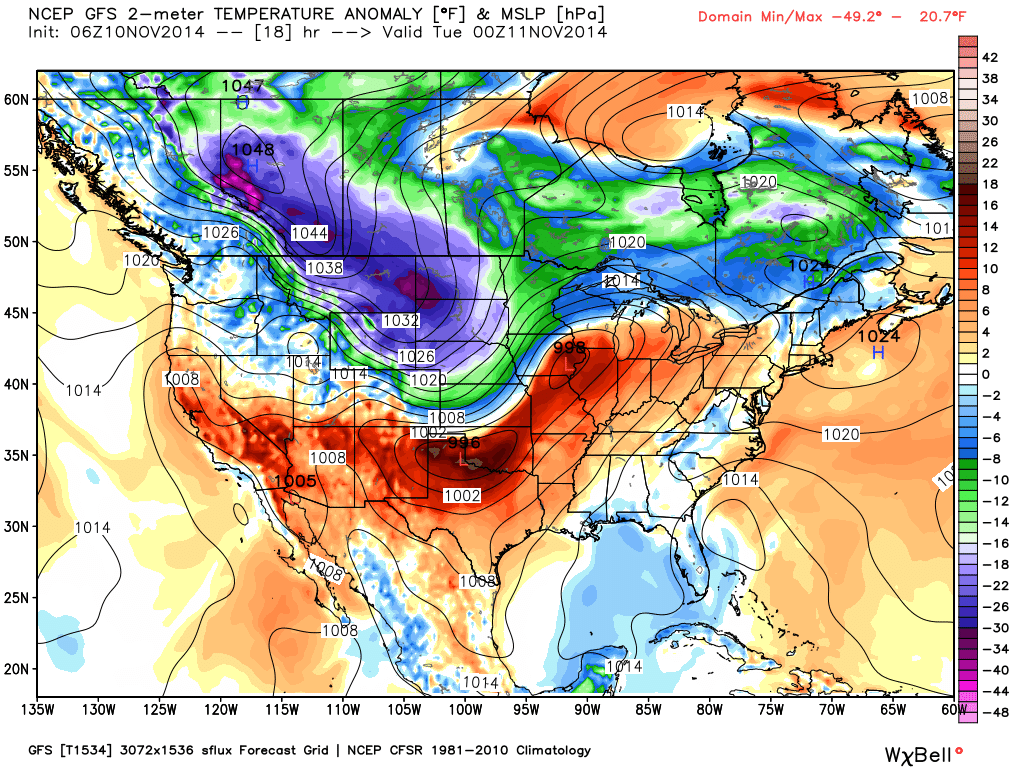 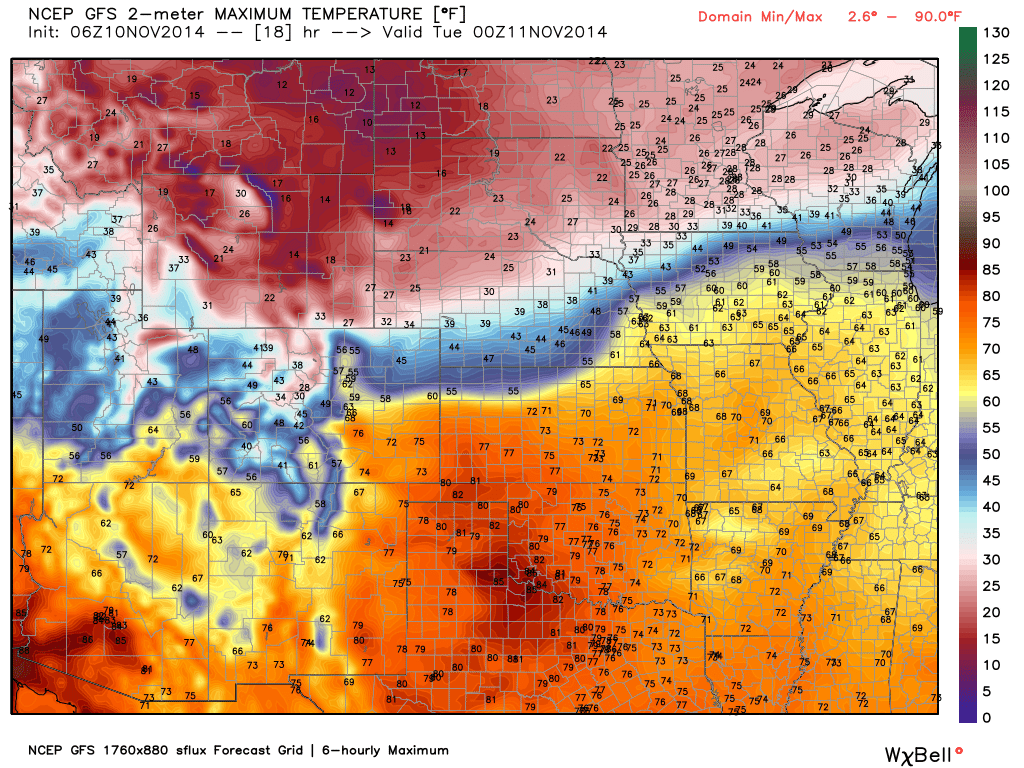 A deepening surface low over northwestern Texas today will help to crank up the wind machine. A High Wind Warning is in effect for the Guadalupe Mountains today into tonight for westerly winds increasing to 35-55G75 mph. A Wind Advisory is also in effect for Eddy, Lincoln, and Otero Counties, and parts of west Texas and southern New Mexico today for southwesterly winds increasing to 25-35G50-55 mph. There may also be some localized areas of blowing dust this afternoon, especially over and near freshly exposed or plowed farmlands, fields, lots, and construction sites. 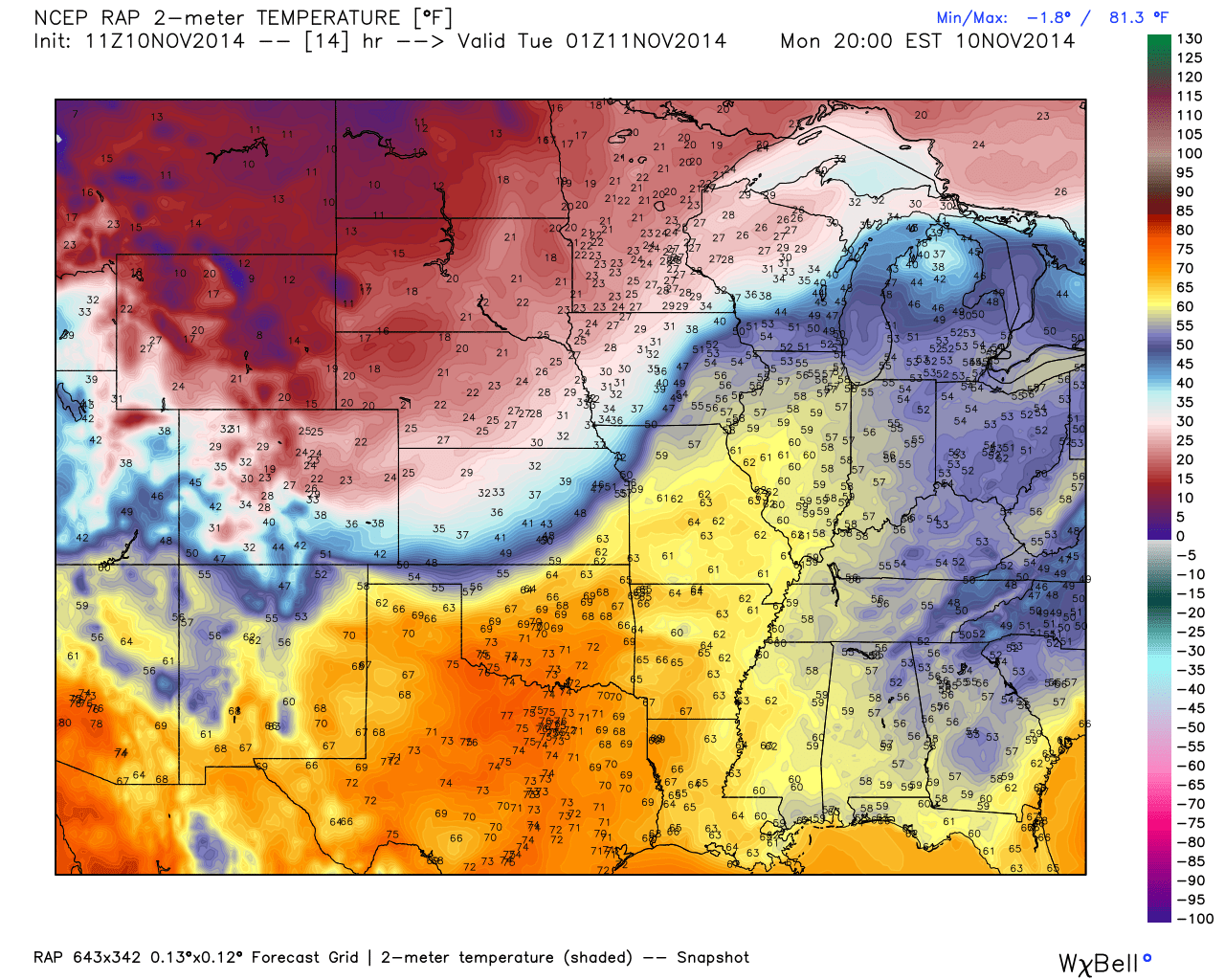 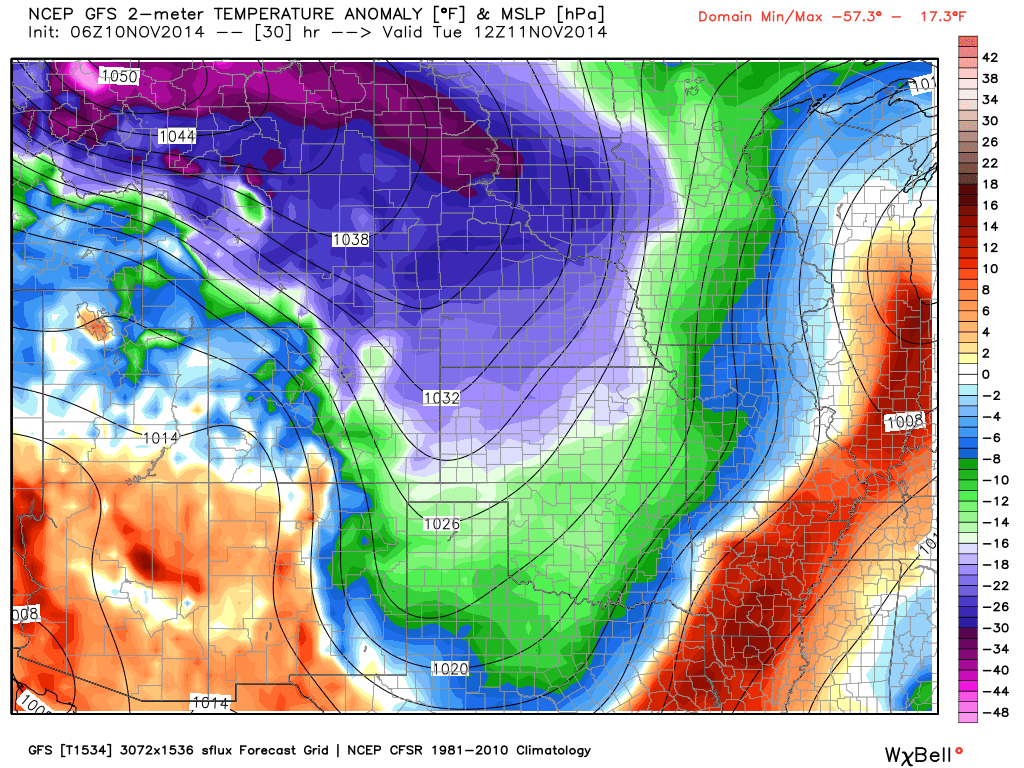 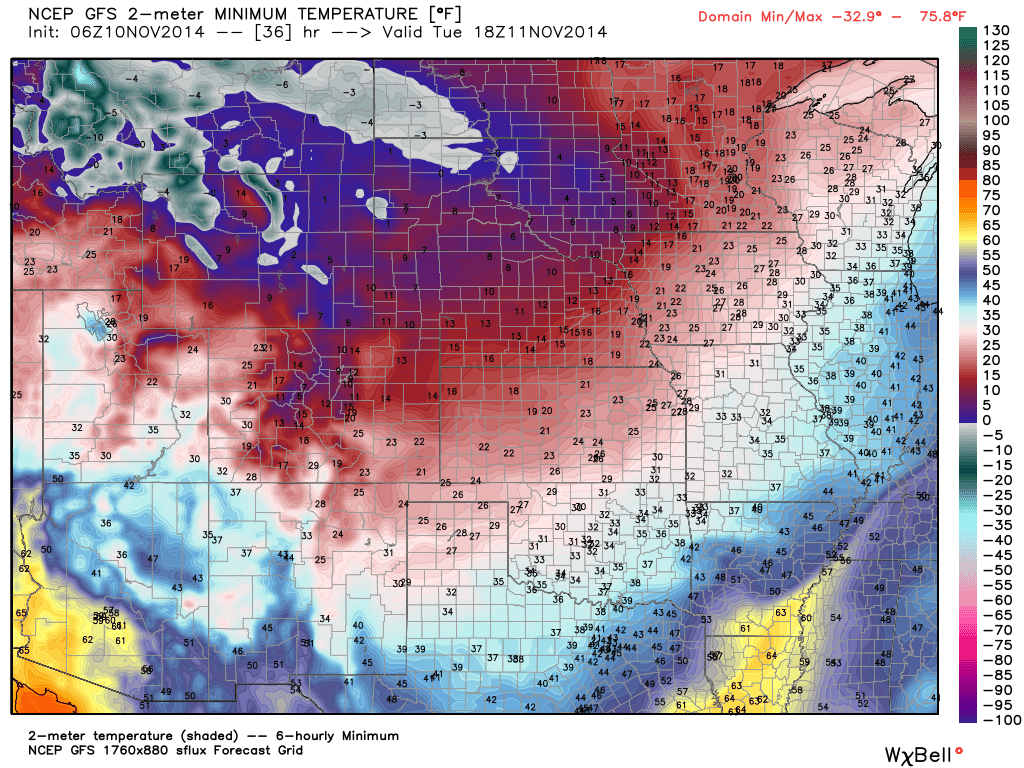 Westerly winds will shift around to the north and northeast as the arctic cold front enters the local area later tonight into tomorrow morning. These winds will gust up to 30 mph or a little higher making for a raw morning tomorrow. Temperatures will dip down into the 30's to near 40 Tuesday morning. Current forecasts call for our high temperatures on Tuesday and Wednesday to be in the 50's. This may be a little too warm especially if the arctic cold front arrives sooner than is currently being forecast. Last night's run of the European model (ECMWF) has our highs on Tuesday near 50, and our highs on Wednesday in the upper 30's to mid 40's. Personally I think this model will be closer to being correct. 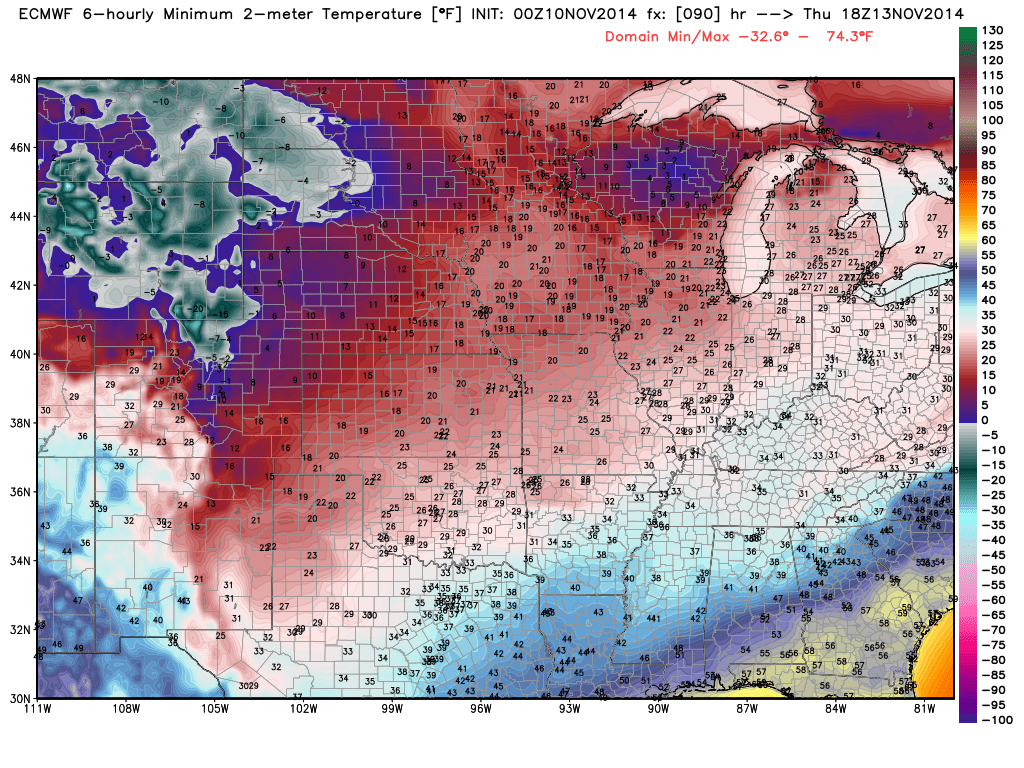 A few isolated spots in southeastern New Mexico have already had a light frost/freeze. But the rest of us have not. Some of us may have our first freeze Wednesday morning. A widespread freeze is forecast for Thursday morning. Our high temperatures on Thursday may not get out of the 30's.


Things Get Crazy By Late Next Weekend. 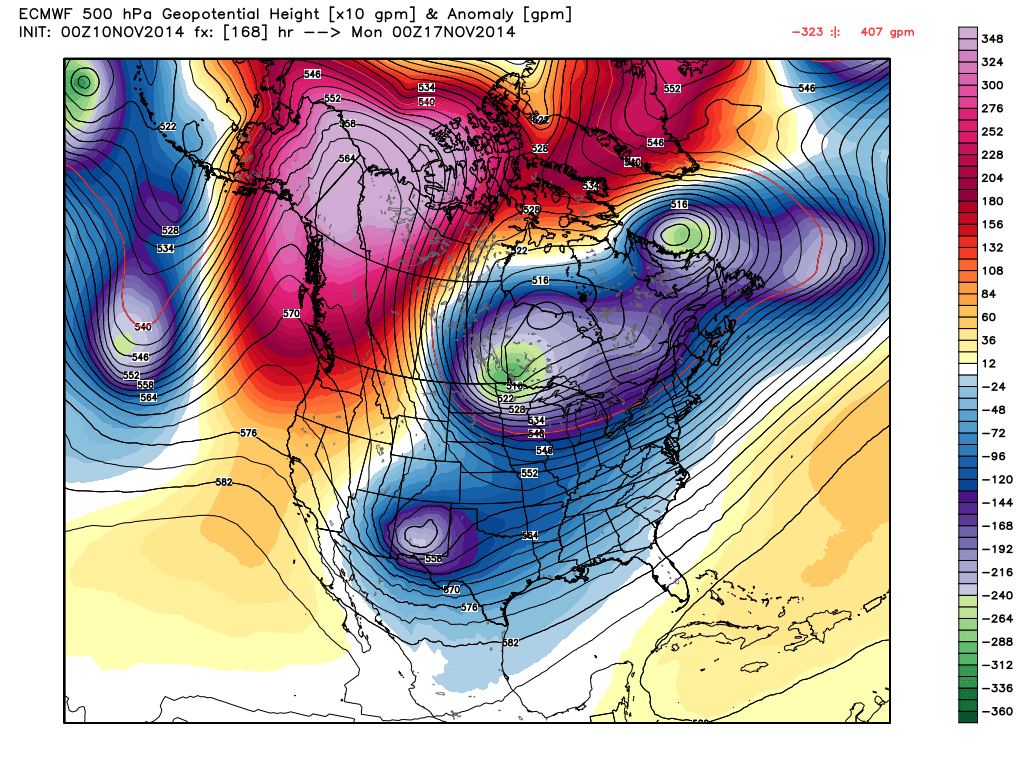 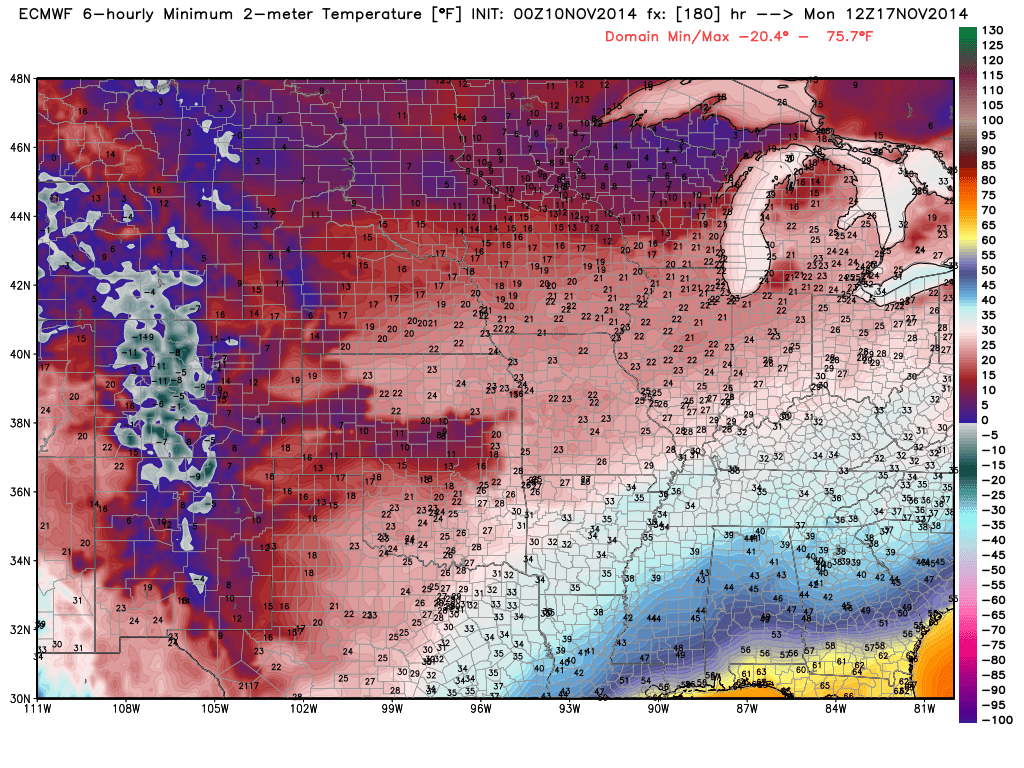 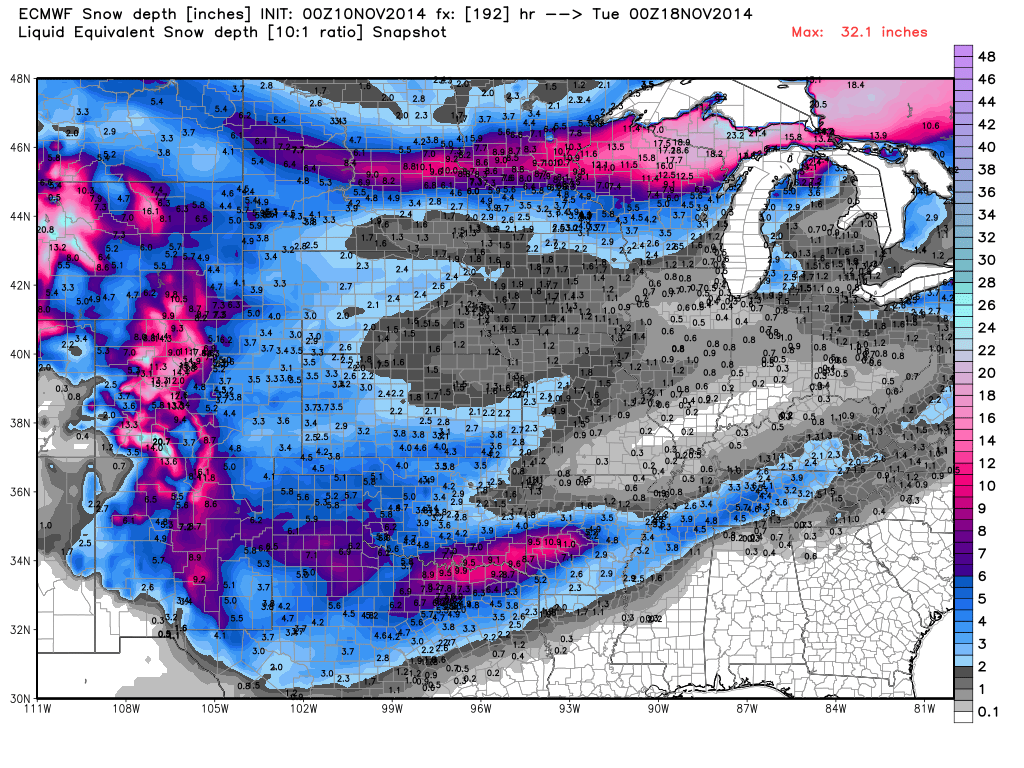 Model mayhem continues and will continue this week concerning what's going to happen over the next week. Again I picked the European model (ECMWF Graphics Above) as the worst case scenario by late next weekend into Monday the 17th. We all know that the models don't have a good track record with storms a week to ten days out most of the time. However the European has been stubborn with its forecast of a closed 500 millibar low (at 18,000' MSL) dropping southward into south-central New Mexico next weekend.

Take a look at the forecast snowfall totals and the forecast low temperatures by next Monday. Single digit temperatures for southeastern New Mexico lows next Monday morning?  Along with 4" - 6" snowfalls. Wow!. Its happened before. There have been several storms over the years that have dropped heavy snow, and produced some very cold temperatures across the local area over the last couple of weeks of November. Case in point below.

Historical Climate Data Is Courtesy Of:

My Web Page Is Best Viewed With Google Chrome.
at Monday, November 10, 2014