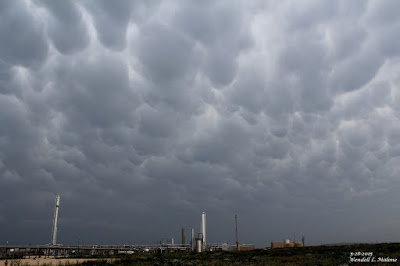 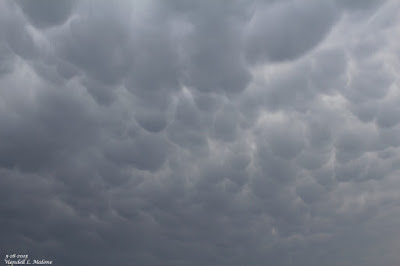 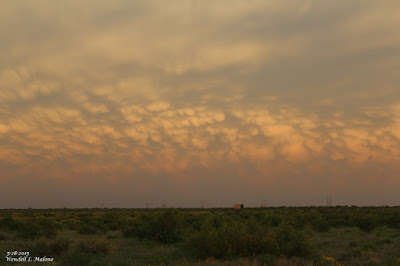 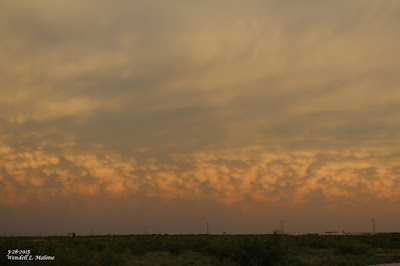 Mother nature did put on a nice show for us at the Red Hills Gas Plant where I am employed 21 miles WNW of  Jal in Lea County. I shot the four photos above of the Cumulonimbus Mammatus (CBMAM) clouds. These clouds themselves do not produce severe weather but are often noted with severe thunderstorms that do.

Our first Tornado Watch of the year turned out to be a bust here in southeastern New Mexico. Instead it was northeastern and eastern New Mexico's turn to get beat up by mother nature. Quarter (1.00" in dia) to hen egg (2.00" in dia) size fell in several locations yesterday afternoon including the Clovis and Portales areas. No tornadoes were reported in New Mexico. See the storm reports via these links: NWS Albuquerque and the NWS Storm Prediction Center (SPC). 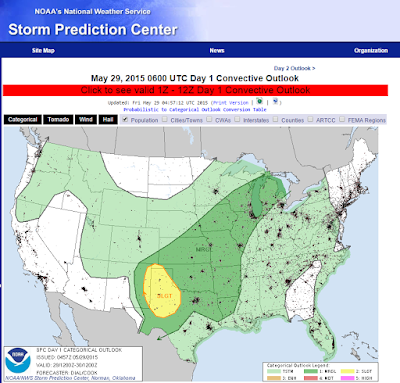 Another round of Severe Thunderstorms will fire up across the area this afternoon and evening as the dryline parks itself over the area and a cold front approaches this evening from the north. It appears that the best time for severe weather in southeastern New Mexico will be late this afternoon into early tonight as the cold front approaches. Once again large hail, damaging thunderstorm wind gusts, deadly cloud to ground lightning, and locally heavy rain which may cause localized flash flooding will all be possible. An isolated tornado or two cannot be ruled out either.