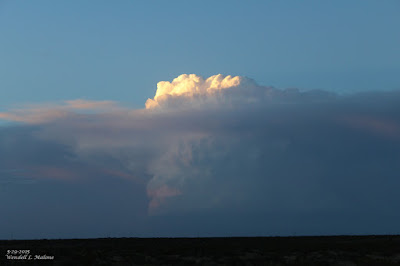 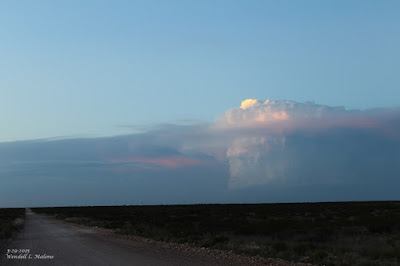 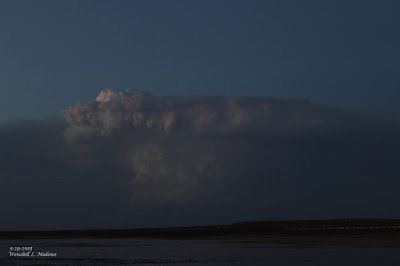 A line of Severe Thunderstorms formed over northeastern and eastern New Mexico late yesterday afternoon and marched southeastward. I shot this Tail End Charlie storm some 50 miles to my north as it was approaching Lovington, NM in Lea County. I was on Hwy 128 in Lea and Eddy Counties looking north. It had a nice overshooting top and was Severe Warned at the time. 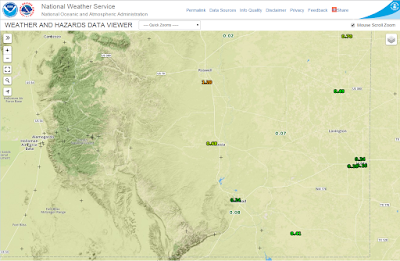 NWS MesoWest 24-Hour Rainfall Reports As Of 6 AM MDT.

Storm Chaser Christian Cleary (MonsoonMadness.Net) shot this video of a tornado 25 miles south of Dora, New Mexico in Roosevelt County. You can see photos of the tornado on his FaceBook Page and on his Twitter Page.

Large hail also fell in Lovington, New Mexico in Lea County up to the size of half dollars (1.25" in dia). Golf ball size hail fell 9 miles west of Pep in Roosevelt County. Additional severe weather reports can be found here, and here.