Hobbs Gets Nailed With Large Hail. 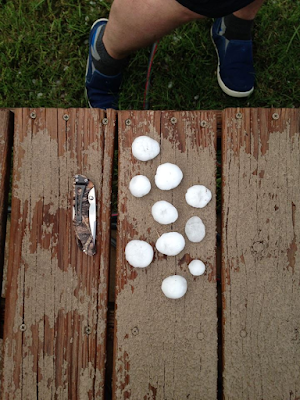 A lone supercell thunderstorm formed south of the New Mexico and Texas state line late yesterday afternoon and marched northward at around 35-45 mph. Between 7:15 PM MDT and 7:21 PM MDT this severe thunderstorm produced quarter (1.00" in dia) to hen egg (2.00" in dia) size hail in Hobbs.

Several reports of golf ball (1.75" in dia) to grapefruit (4.00" in dia) size hail and several tornadoes were noted northwest of Fort Stockton, Texas near the Firestone Test Track yesterday afternoon. 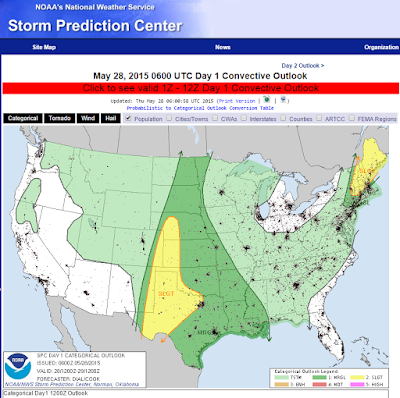 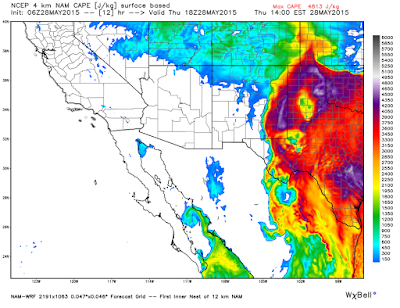 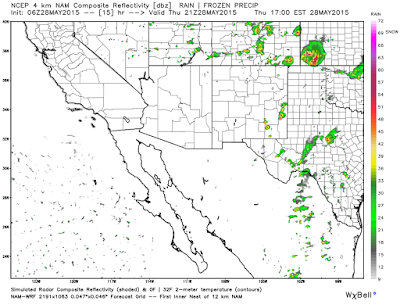 Once again the dryline has backed westward into southeastern New Mexico and is parked along the eastern edge of the Guadalupe, Sacramento, and Capitan Mountains. Like yesterday today's atmosphere will be primed and loaded with enough low level moisture (dew point temps in the 60's), instability (surface based cape values in the 3,000 to 4,000+ j/kg range), and mid level lapse rates of 8c/km to produce supercell thunderstorms.

These lone wolf thunderstorms will fire along and east of the dryline this afternoon and march northeastward. They will be capable of producing large hail, damaging thunderstorm wind gusts in excess of 58 mph, deadly cloud to ground lightning, and locally heavy rainfall. An isolated tornado or two is not out of the question either.

We will get a break on Friday but as a cold approaches Friday night into Saturday morning additional thunderstorms will develop along and ahead of it. Some of these may be severe also. Our highs on Saturday will be cooler behind the front with afternoon readings in the 70's to near 80.