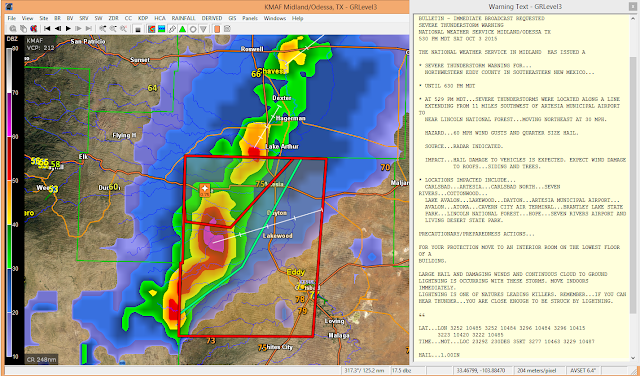 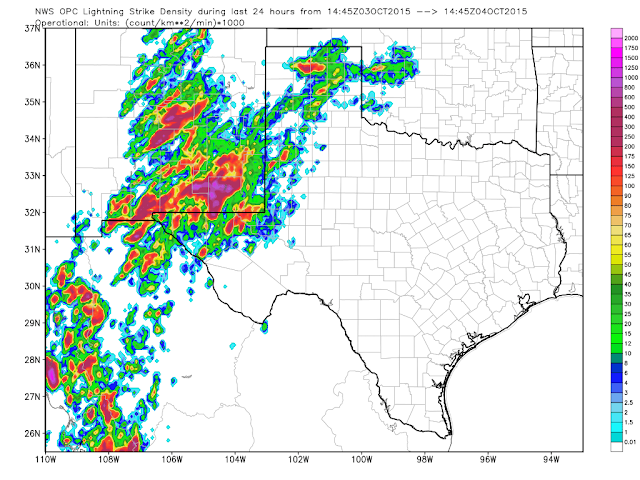 24-Hour Lightning Strike Density Map.
As Of 8:45 AM MDT This Morning. 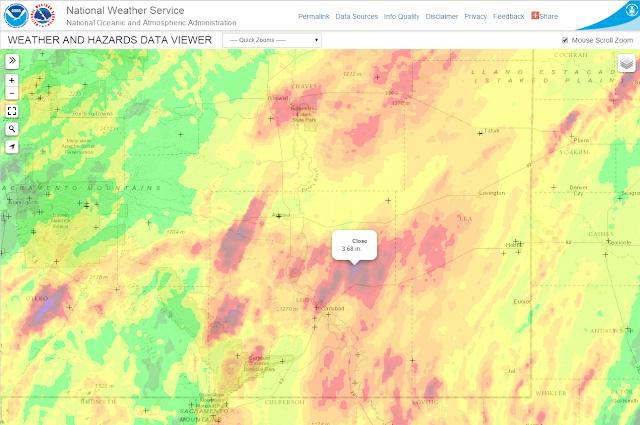 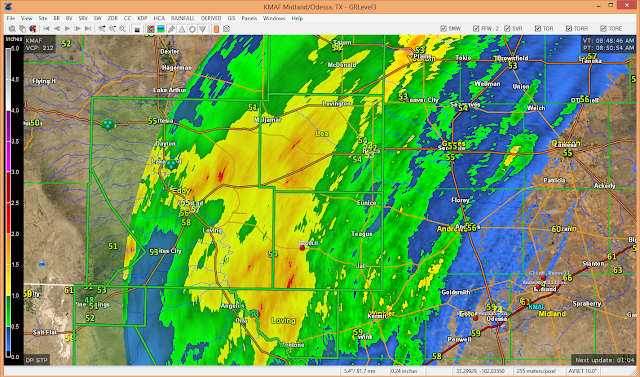 NWS Midland Radar Estimated Rainfall Totals.
As Of 8:51 AM MDT This Morning.

NWS MesoWest Reported 24-Hour Rainfall Totals.
As Of 9 AM MDT This Morning. 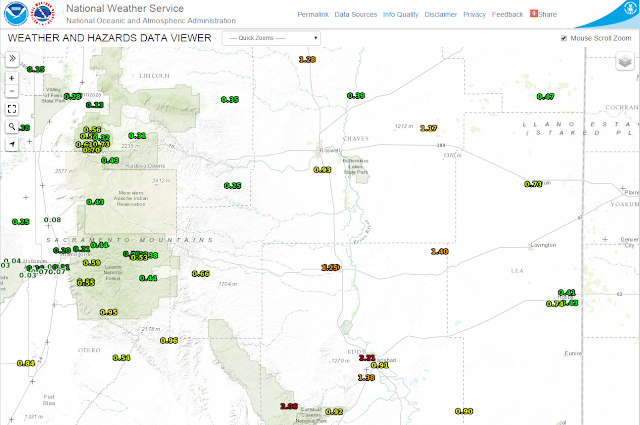 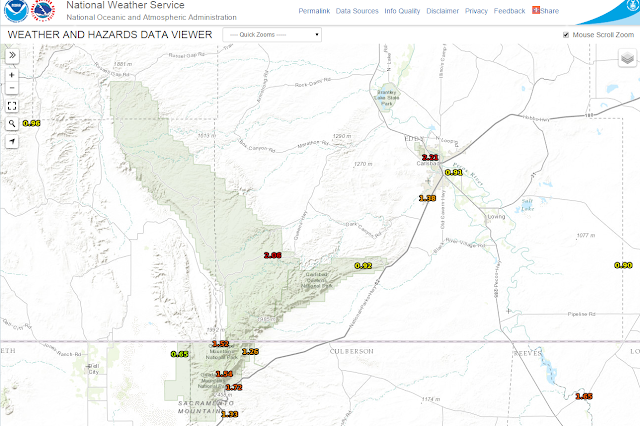 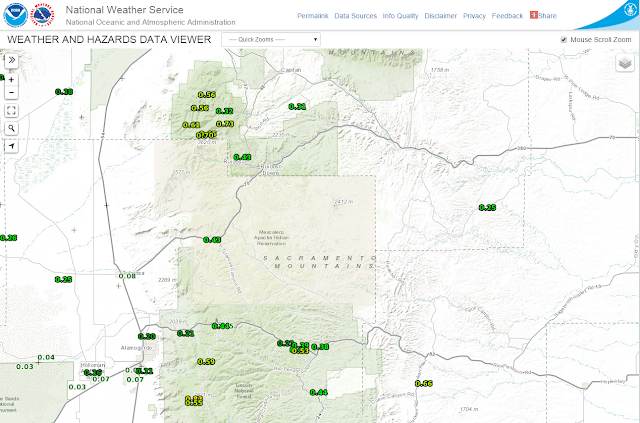 CoCoRaHS Reported 24-Hour Rainfall Totals.
As Of 9 AM MDT This Morning. 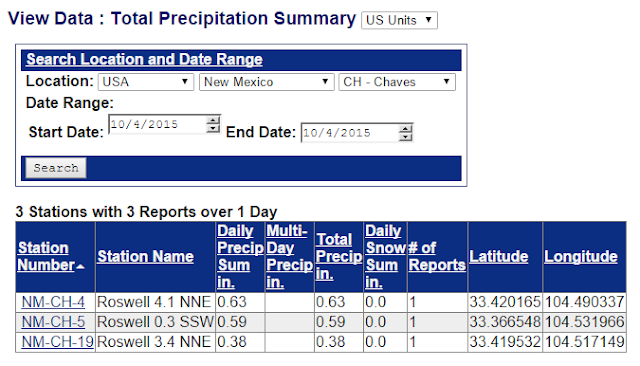 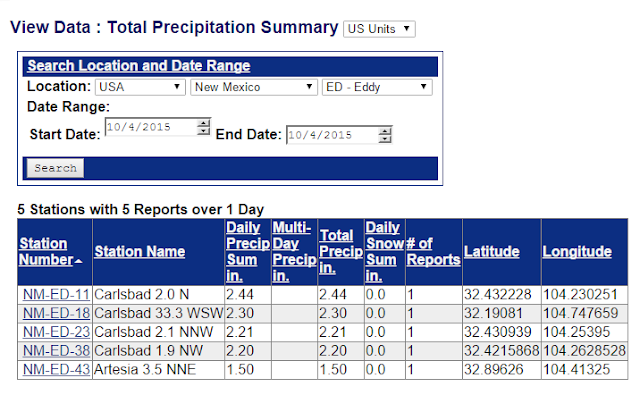 Join CoCoRaHS Today Via This Link.

Heavy rains and widespread street flooding occurred in Carlsbad yesterday evening. Moderate to heavy rainfall occurred in other parts of southeastern New Mexico also. Eddy County appears to be the hardest hit area judging by the estimated radar rainfall totals. Several reports of over two inches of rain in the past 24-hours have been noted and radar indicates that several areas also received 2" to over 3.50" of rain. Here at our home in Carlsbad I measured 2.21" which brings my year-to-date total to 16.69". 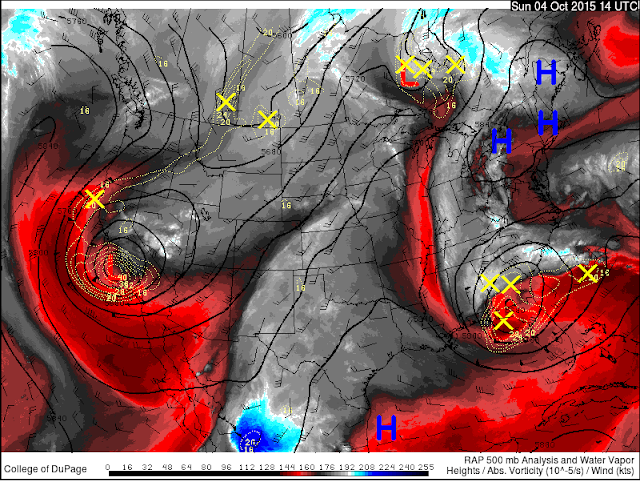 
A deep and strong mid-upper level closed low (seen above on the 500 millibar or 18,000 MSL map) is located over central California this morning. The models forecast this storm to continue to sink to the south and hang around the Desert Southwest into about next Wednesday or Thursday. 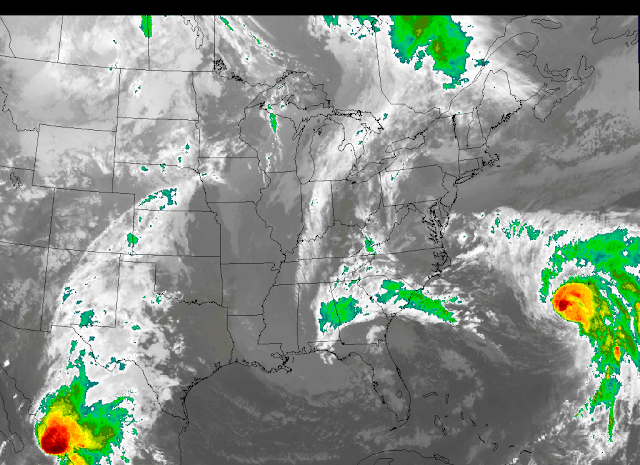 As the upper level storm to our west continues digging to the south it will pull abundant mid-high level sub tropical moisture northward into the area today through the middle of next week. This combined with low level southeasterly upslope flow from the Gulf Of Mexico will help to produce widespread rains over the next four or five days. Some of which will be heavy and cause localized flash flooding.

We are in store for some true cool and rainy fall weather today into Wednesday. Our high temps will be in the 50's and 60's today and Monday. With the 70's forecast for Tuesday and Wednesday. 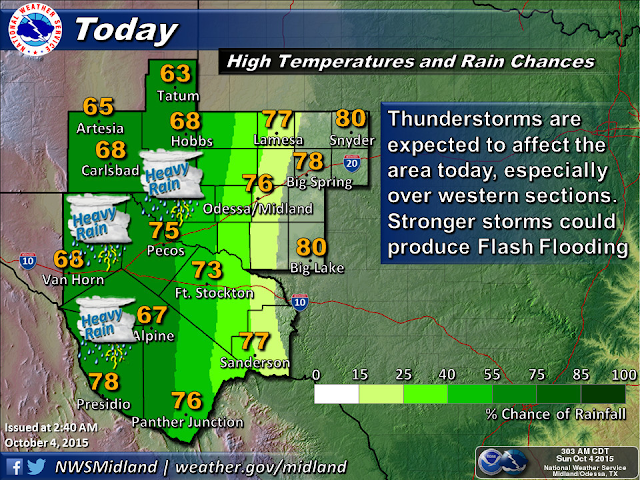 A FLASH FLOOD WATCH remains in effect for Eddy, Lea, and Culberson Counties in SE NM today through 6 AM MDT Monday morning. Storm total rainfall amounts could reach 1"-3" by Monday morning. This on top of the 1"-3" rains that have already fallen over parts of Eddy County will lead to flash flooding. Remember to "TURN AROUND - DON'T DROWN! Storm total rainfall amounts could very well be in the 3"-6" range in a few spots by next Wednesday.