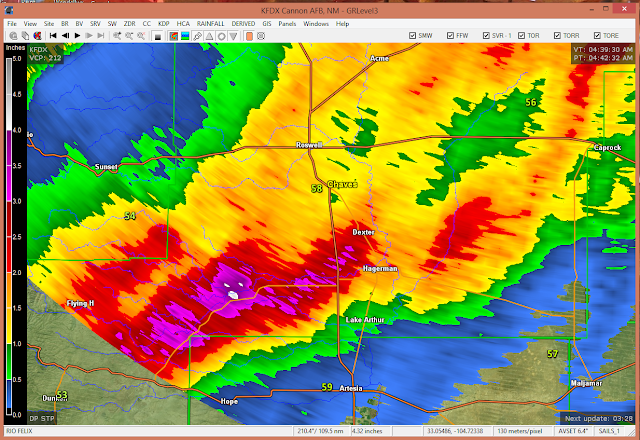 Radar estimated that 4" of rain fell southwest of Roswell along the Rio Felix arroyo yesterday afternoon and evening. This is indicated by the white shaded area on the graphic above.

Right on cue thunderstorms broke out over the area late yesterday morning and really got cranked up by the afternoon. A few of these were severe. Ping pong ball size hail (1.5" in dia) was reported in Sacramento in Otero County at 3:27 and 3:45 PM MDT. Golf ball size hail was reported in a couple other places in the state with many quarter size hail reports. See these reports here. 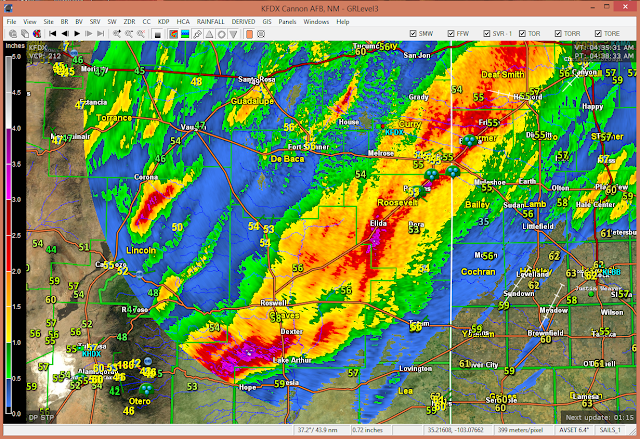 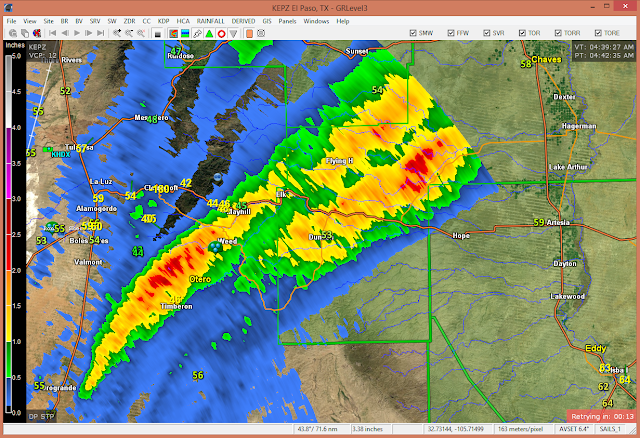 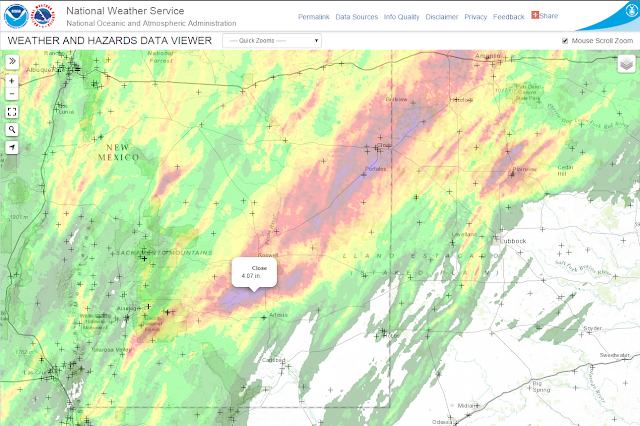 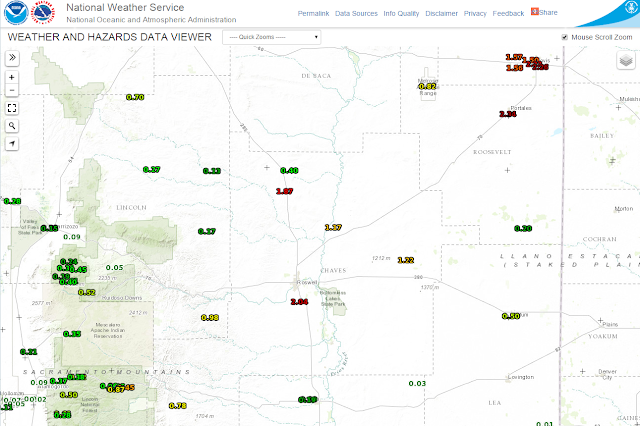 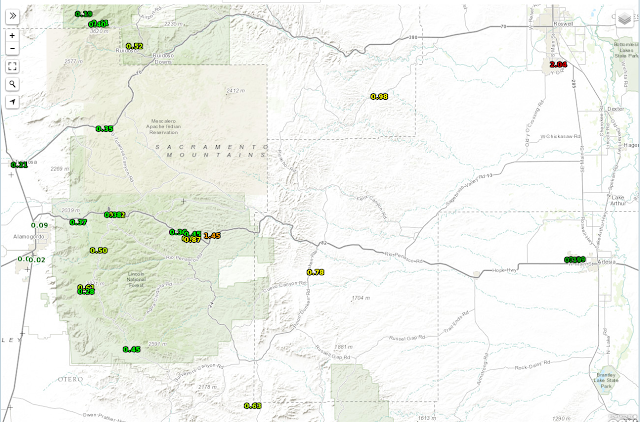 Heavy rain also fell mainly southwest of Roswell and near the Clovis and Portales areas. Its pretty easy to tell by the graphic above that there was a swath of heavy rain with training thunderstorms from the Sacramento Mountains northeast to the Clovis area yesterday. 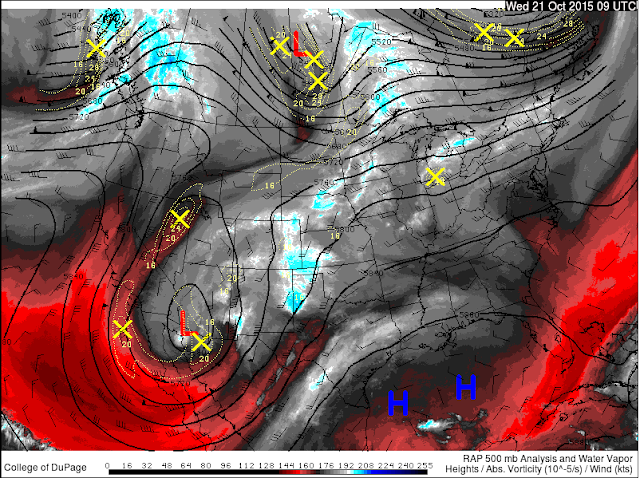 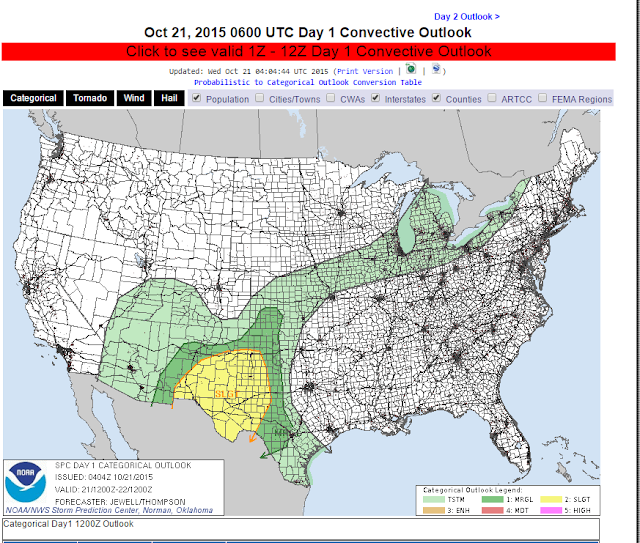 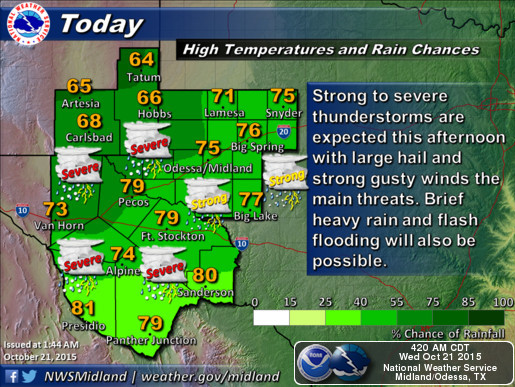 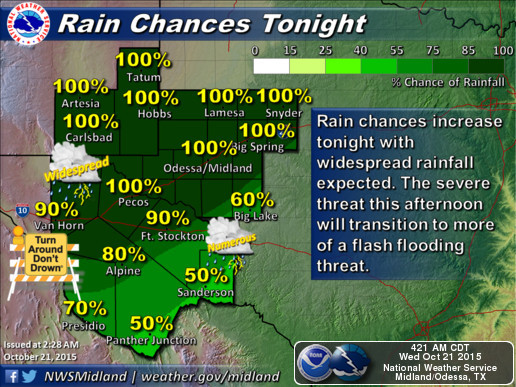 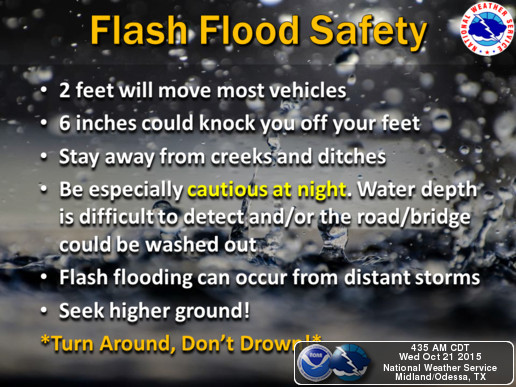 Graphics Above Are Courtesy Of The Midland NWS Office. 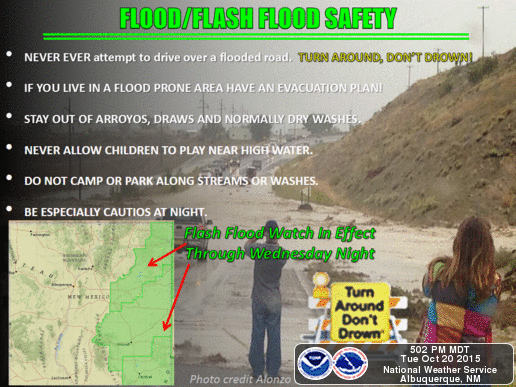 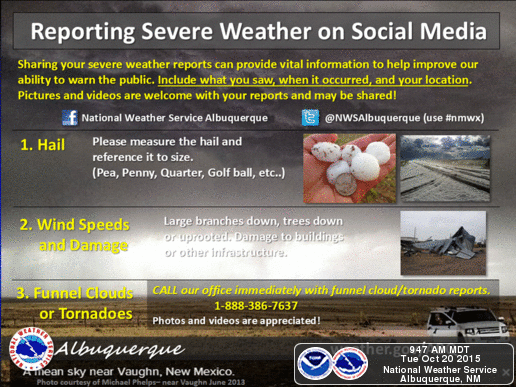 Graphics Above Are Courtesy Of The Albuquerque NWS Office.

Our mid-upper level storm was centered near Yuma, Arizona early this morning and continues to slowly sag to the south and southeast. Yesterday's activity was just the beginning. Thunderstorms will become more widespread today into tomorrow. Like yesterday a few of these are expected to become severe and produce large hail (bigger than a quarter) along with damaging thunderstorm gusts of 60 mph or higher. An isolated tornado or two cannot be ruled especially over southeastern New Mexico and parts of West Texas this afternoon and evening. Some of these severe thunderstorms well may last into the late evening hours.

Training thunderstorms (one thunderstorm following another just like a train on railroad tracks) could easily produce rainfall totals today and tonight in the 1"- 3" range, with a few of the more robust storms laying down 24 hour totals in the 4"- 5" range. So it appears that the models that were forecasting storm totals of 5" - 10" in a few areas have a chance of being correct if heavy rains pan out as forecast today and tomorrow.

This of course would cause significant flash flooding...which by the way has already occurred. This was posted shortly before 4 AM this morning on FaceBook:

"BREAKING: Hagerman and Lake Arthur fire departments are responding to Jackson and Spokan Road to assist a driver who is stuck in 3-4 feet of water, according to scanner traffic.
A Chaves County Sheriff's Deputy is on-scene and has confirmed to dispatch that the vehicle is stranded. That deputy just reported a man in a lifted pickup arrived on-scene and is attempting to rescue the female who is in the vehicle. No word yet on the total number of occupants.
The deputy is also reporting that other vehicles are attempting to pass the same area, and has requested the N.M. Dept. of Transportation to barricade the road. That agency should be on-scene in about 45 minutes.
Stay with PVON and 94.9 The Country Giant and 93.7 The Beat for all the latest weather updates this morning.