Some Folks Are Getting Wet - Many Are Not. 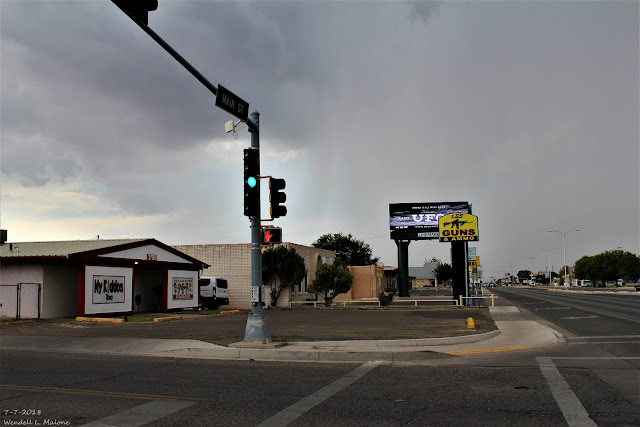 My wife and I took our youngest daughter and grandkids to the UFO Festival in Roswell yesterday. Roswell recorded a high temp of 91º yesterday with dew point temperatures in the upper 50's. Just a tad muggy. With the recent increase in surface moisture our local dew point temperatures have ranged from the mid 50's to near 70º at times here in Southeastern New Mexico. Thankfully our daily high temps have dropped below 100º. Yes it can get quite humid here...its not always a dry heat.

24-Hour Reported Rainfall Totals.
(As Of 10 AM MDT This Sunday Morning). 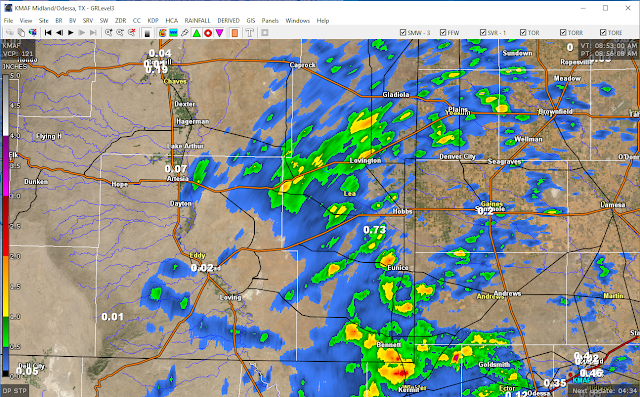 Estimated 24-Hour Reported Rainfall Totals.
(As Of 10 AM MDT This Sunday Morning).

Estimated 72-Hour Reported Rainfall Totals.
(As Of 10 AM MDT This Sunday Morning).

Thunderstorms and rain showers have dotted the local landscape for the past several days. As of 10 AM this Sunday morning here are some of the heavier local 24-hour rainfall totals reported. 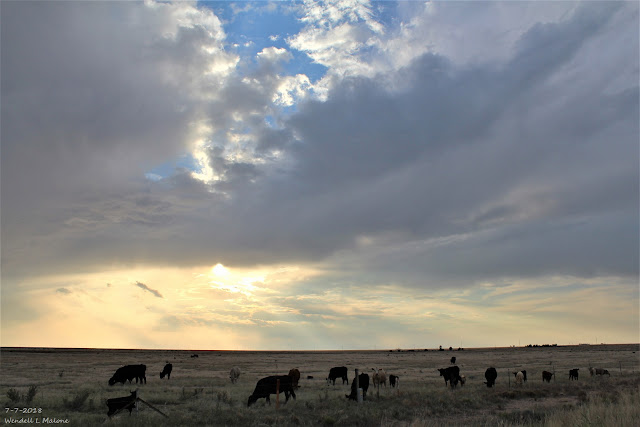 Slowly but surely we are chipping away at the drought in places. But not everywhere. As evidenced by the photo above. There still remains lots of countryside that is in Severe Drought Conditions locally. Locations that have been getting some rain are still below their long term averages in many cases.

Typically our summer months are dominated by airmass type thunderstorms. I've always called these types of summer storms...popcorn thunderstorms. They pop up and then die soon afterwards. Or another way to look at them is the hit and miss storms. Some of us get hit with a storm while most don't. One thunderstorm this time of the year can dump on any given location and bring up that locations rainfall from below normal to above normal in just a matter of a couple of hours or less.

The Hobbs Climate Co-Op Station really puts the drought into perspective with a year-to-date rainfall total of only .31" compared to an average year-to-date (1912-2018) of 8.17". 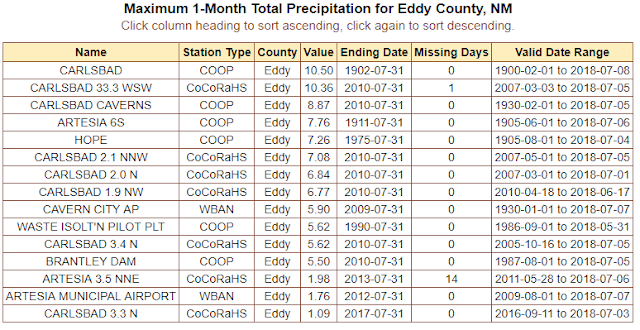 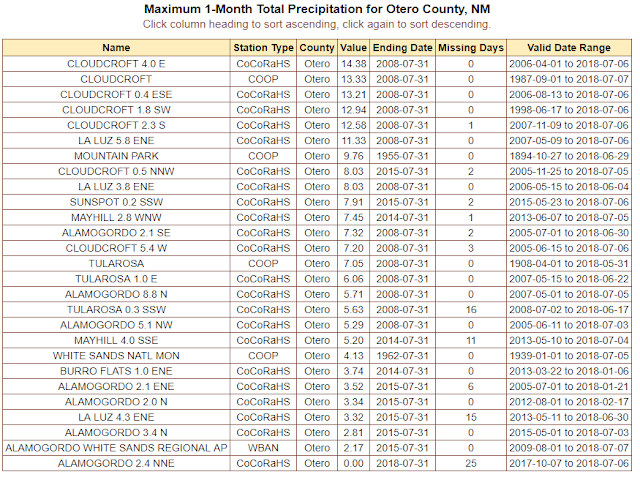 July, August, and September are the three wettest months of the year in Southeastern New Mexico and over the South-Central Mountains.