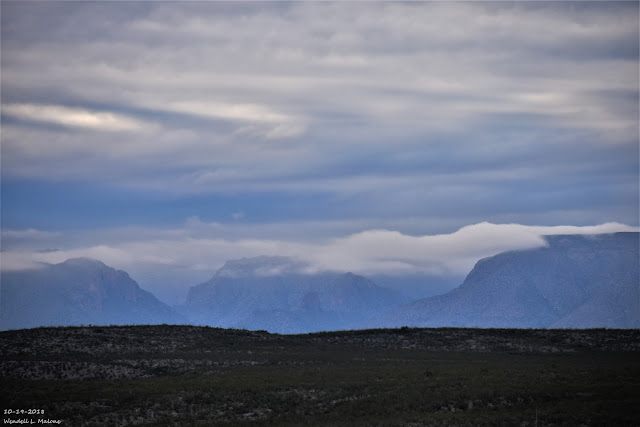 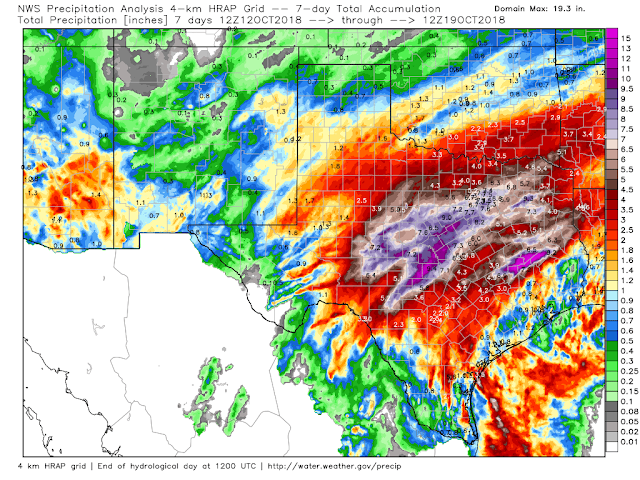 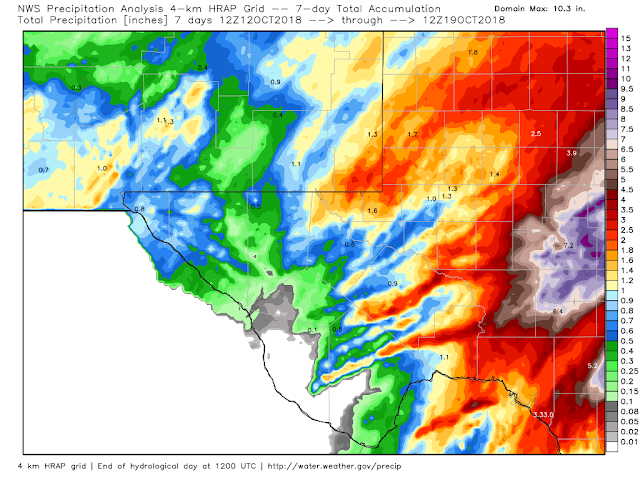 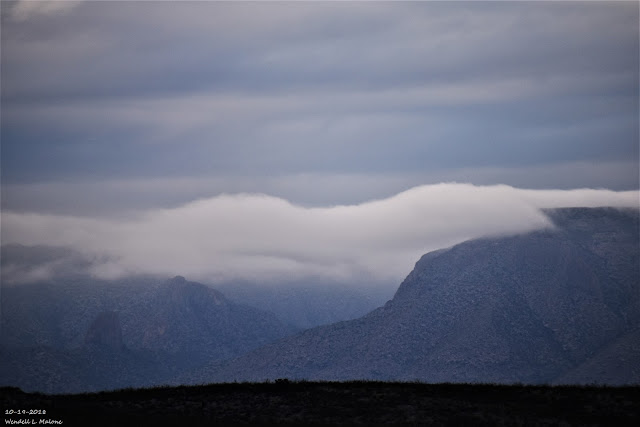 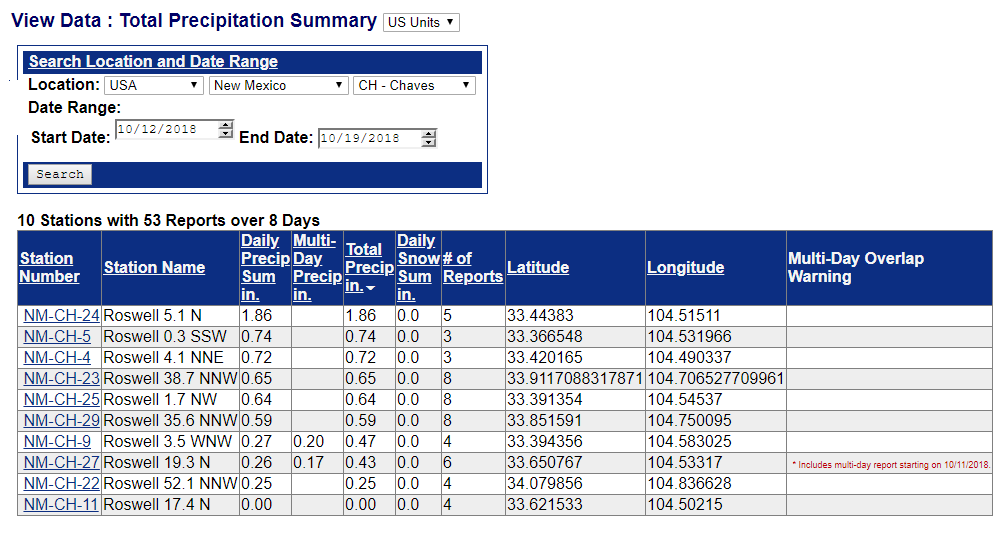 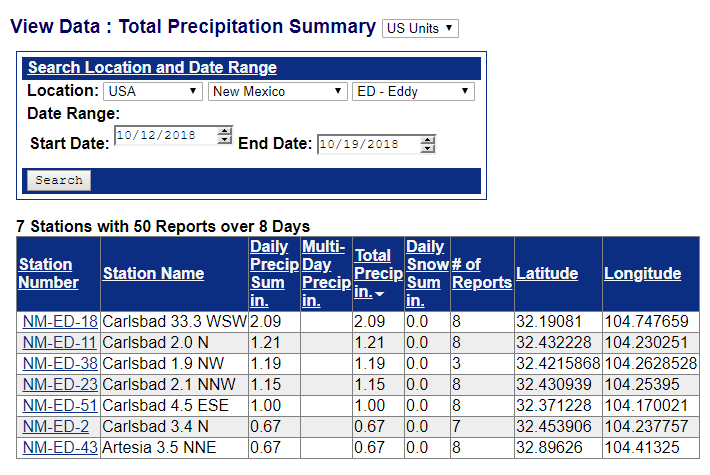 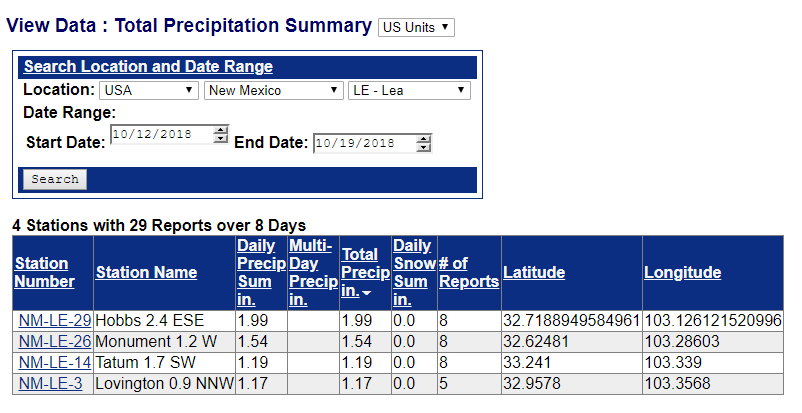 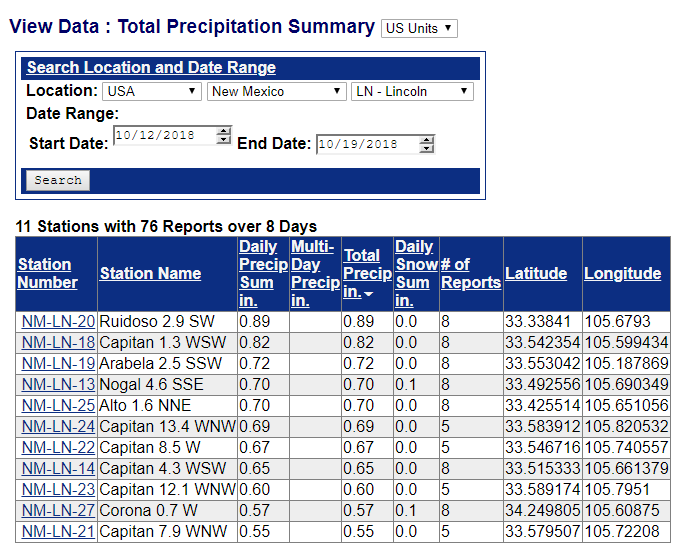 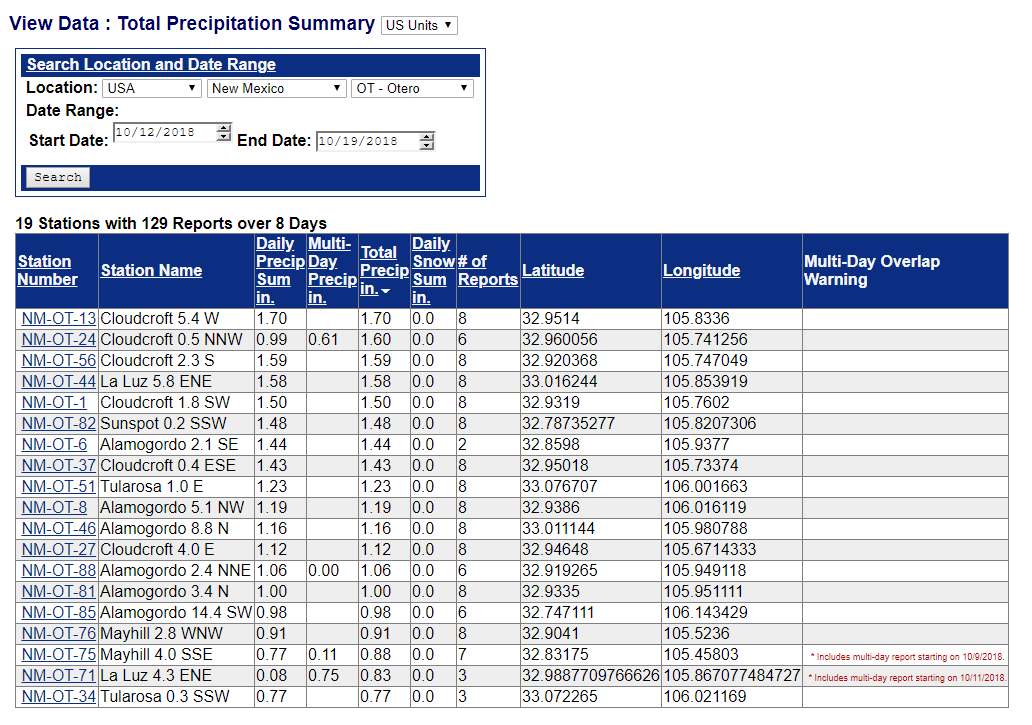 Last Sunday the seasons first strong arctic cold front plowed southward the the area dropping temperatures behind it like a rock. We went from the 70's and low 80's to the 40's over the past five days for daily highs. Finally this afternoon our skies sort of cleared with the sun partially returning and readings in the 60's.

This past Monday morning was no doubt a shock to some with temperatures hovering in the 30's to near 40 with wind chills in the teens and twenties. Not bad for our first taste of winter in mid-October.

Overcast, damp, gloomy, foggy weather prevailed with periods of drizzle and rain. Widespread rainfall totals of .50" to 2.00" were common over most of the local area. A light dusting of snow fell over the higher peaks of the Sacramento Mountains generally above 9,000'. Freezing fog and drizzle glazed the Mayhill, Cloudcroft, and Ruidoso areas with a coating of ice/glaze at times this past week.

Here at our home in northwest Carlsbad we picked up 1.15"of rain since last Sunday which brings my October to-date-total to 2.57". This is above our long term average for Carlsbad (1900-2017) for the month of October of 1.33". But my year-to-date rainfall total only stands at 7.73" compared to the long term year-to-date total of 11.75"...January through October. Ironically October is turning out to be my wettest month of the year and you don't see that very often.