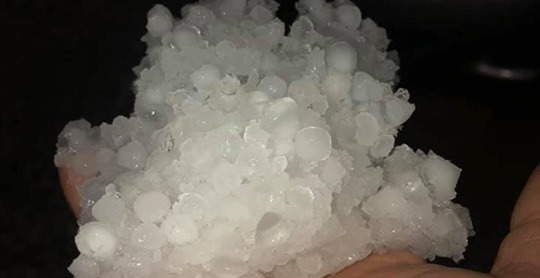 LAS CRUCES - Monday night's storm brought hail and lightning to some locations across Las Cruces. Residents reported being hit the hardest in the East Mesa and Sonoma Ranch areas.
Other places saw rain but not hail. Rain showers were mostly reported in central and western parts of the city.
Joseph Rogash, a meteorologist with National Weather Service-El Paso, said a half-inch to three-quarter-inch (dime-sized) hail fell upon Las Cruces between the hours of 9 p.m. and midnight.
According to Community Collaborative Rain, Hail and Snow Network, the largest hail stones were recorded near Mars Avenue off US 70. The heaviest rainfall, nearly 1 inch of rain, was also recorded in the East Mesa and just west of Las Cruces.
"Portions of El Paso and Hillsboro, New Mexico, reported some hail as well," Rogash said on Tuesday morning. "Right now we’re still expecting rain or snow mixed throughout the day but by tomorrow morning it should be ending." 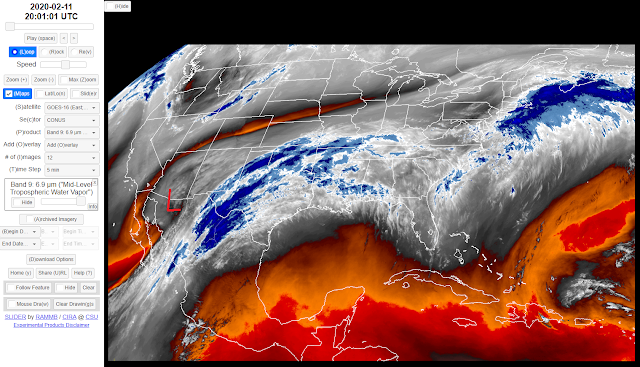 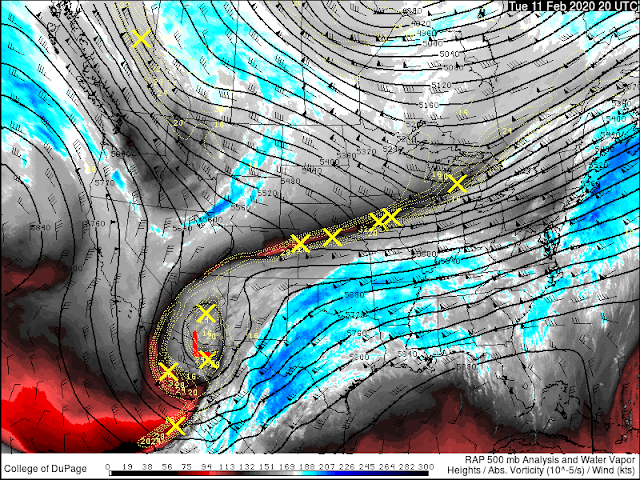 Taking a look at the latest satellite water vapor images and loops and we find that our closed mid-upper level low was located just southeast of Bisbee, Az as of 1 PM MST this Tuesday afternoon. It appears from the satellite loops that it is drifting slightly to the southeast and south.

Given that the short-range computer forecast models want to lift the storm more to the northeast this is good news for us. A further track to the south means better lift and dynamics aloft for snowmaking in our area tonight into Wednesday morning. As sometimes happens with these closed lows the models seem to be backing off on their snowfall forecasts for us tonight. That I believe is due to a more northward track over Eastern New Mexico tomorrow. If this low continues wobbling southward they will end up being wrong and we may end up with more snow than currently forecast. 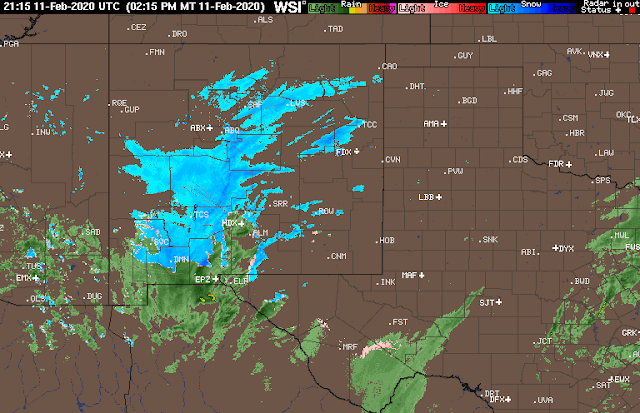 Local and Regional Radar snapshots as of 2 PM MST show a mix of rain and snow over much of New Mexico with the rain across the El Paso and far southwestern corner of the state. Here in Southeastern New Mexico, we have experienced a mix of drizzle, freezing drizzle (mostly in Lea County), rain, sleet, and snow. Snow continues to fall across the Sacramento and Guadalupe mountains as of 2 PM.

As the closed mid-upper level low slides generally eastward tonight and then begins to lift northeastward on Wednesday snow is forecast to increase and become widespread tonight across the local area. Locally heavy snow is still in our forecasts especially over and near the mountains. 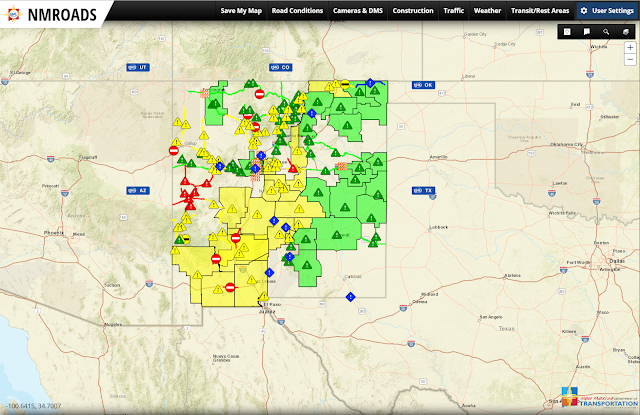 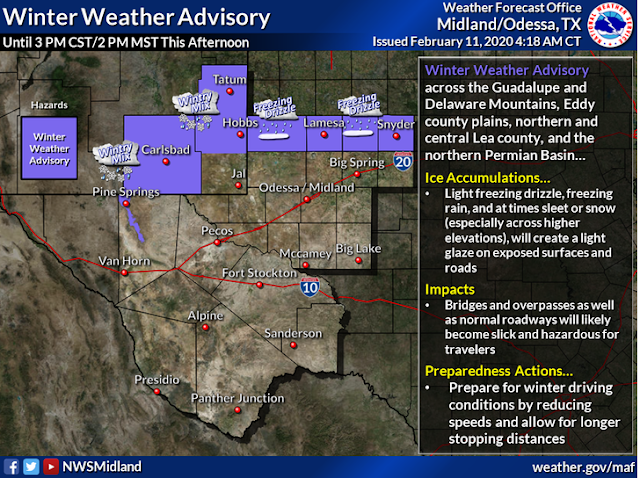 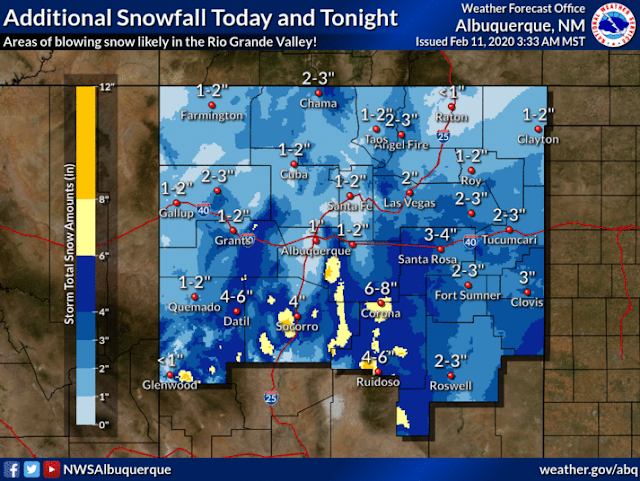 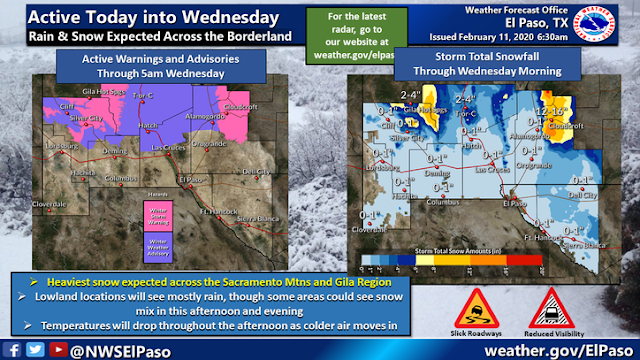 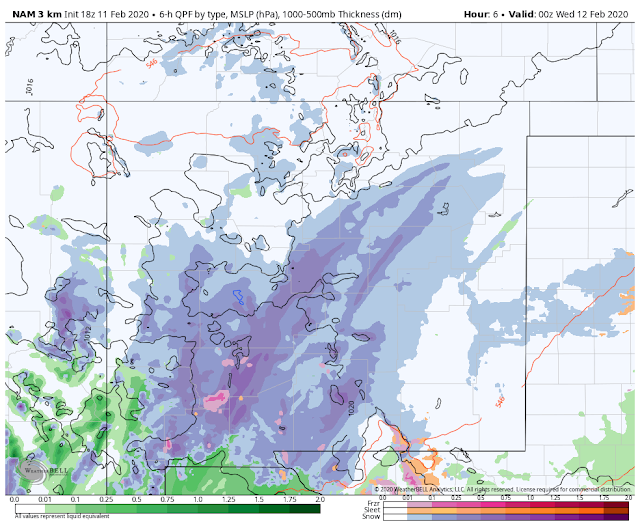 Valid At 5 PM MST This Evening. 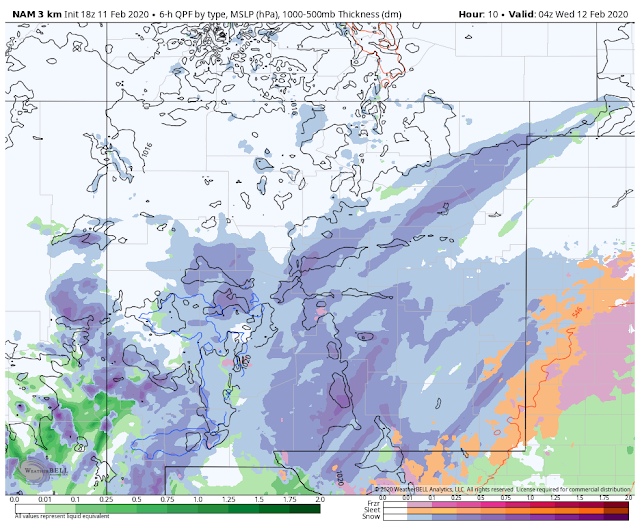 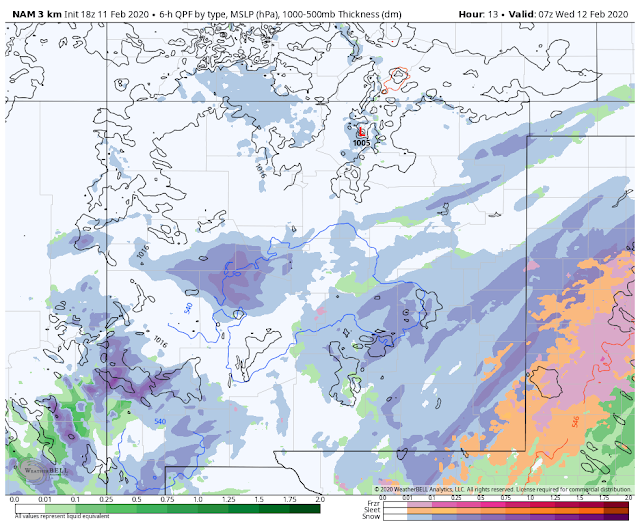 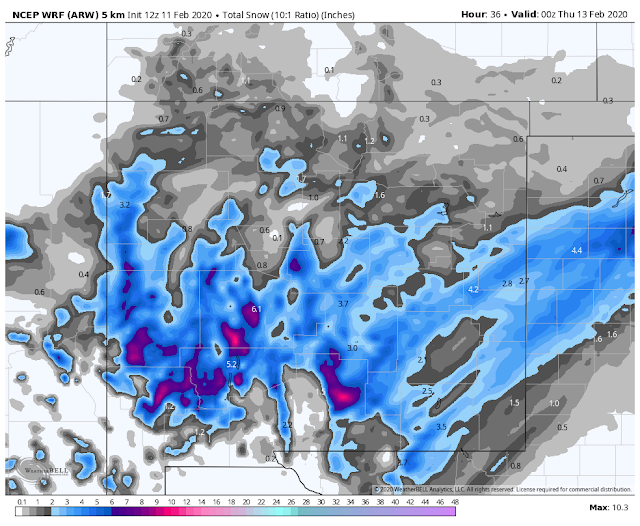 My gut feeling is that this incoming Winter Storm is going to dump more snow on us than what the models are forecasting. So don't be surprised tomorrow morning if you wake up in a winter wonderland.

The Truth Is Stranger Than Fiction - And Sometimes It Hurts!
at Tuesday, February 11, 2020