One More Day Of The Heat.

Right Click On The Maps To Open Them In A Separate Window. 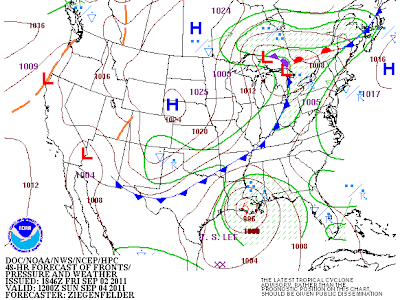 One more day of hot afternoon temperatures across the local area tomorrow. Afternoon highs will once again range from 95 - 100 Saturday afternoon.Then we get a much-needed break for a few days.

A fast moving cold front will arrive in SE NM early Sunday morning. Strong northerly winds will accompany the frontal passage, and some areas may see pockets of blowing dust with the north wind gusts at around 35-40 mph. Our high temperatures on Sunday and Monday are only expected to be in the 80's.

Low clouds behind the front may even prevent a few spots from getting out of the upper 70's across the northern areas of SE NM on Sunday. Low temperatures Monday morning will be in the mid-upper 50's. With a cool dry airmass in place Tuesday morning, our low temperatures may drop down into low-mid 50's.

Scattered rain showers and thunderstorms are forecast to break out along and behind the cold front Saturday evening. These will persist until about noontime Sunday, then our chances for rain will dwindle as the cooler, drier, and more stable airmass settles in over the area. Our chances for rain have been bumped up into the 30% - 40% range.

Severe thunderstorms are not currently anticipated over the area this weekend, although strong gusty northerly winds will occur with the frontal passage, and any associated thunderstorms late Saturday evening into Sunday morning. 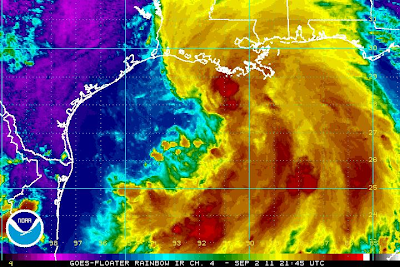 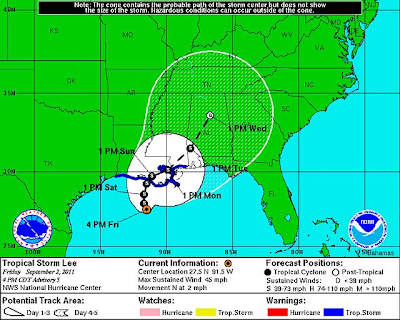 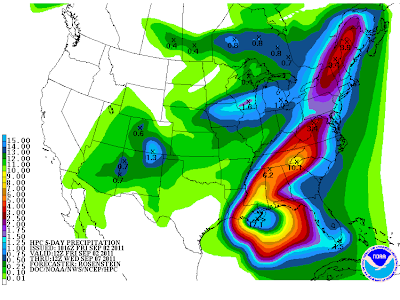 At 3 PM MDT, Tropical Storm Lee was located about 185 miles SW of the mouth of the Mississippi River, or about 220 miles SE of Port Arthur, Texas. He was crawly ever so slowly northward at 2 mph. Lee has sustained winds at 45 mph with gusts to 58 mph. His central pressure was down to 1003 millibars, or 29.62 inches of mercury.

Quote- "Tropical Storm Lee in the Gulf of Mexico has potential to be the next billion-dollar disaster for the U.S., by way of major flooding beginning in the Deep South.
Most meteorologists at AccuWeather.com think Lee has great potential to bring torrential rainfall and flooding along part of the central Gulf Coast regardless whether or not it reaches hurricane status prior to landfall in Louisiana late in the Labor Day weekend.
It is possible Lee could be a Louisiana version of Allison (2001). Tropical Storm Allison stalled around the upper Texas coast in June of 2001. Allison unloaded up to 42 inches of rain and disastrous flooding, with damage at over $5 billion.
Governor Bobby Jindal has placed Louisiana in a state of emergency in anticipation of Lee's impact.
Locally, as much as 20 inches of rain may fall on part of the central Gulf Coast beginning late this week and continuing into next week, and could in itself result in disastrous flooding.

Considering potential for damage, impact to the petroleum industry and commerce in the Gulf Coast region, the system could be the next billion-dollar disaster in a mountainous year of costly storms for the U.S. The FEMA budget is already in trouble." 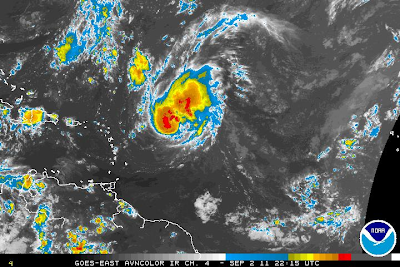 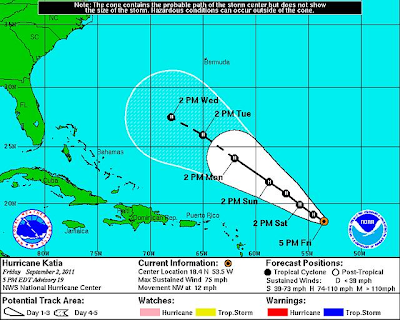 At 3 PM MDT, Hurricane Katia was located about 630 miles north of the Leeward Islands. Katia was moving to the NW at 12 mph. She has sustained winds of 75 mph with gusts to 90 mph. Her central pressure is down to 989 millibars, or 29.21 inches of mercury.