Say Goodbye To The Summer From Hell.

I don't think that I have ever wanted a summer to end as badly as I do now. Like most people who I know, I am really tired of the endless days of 100-degree plus heat. Consider this, the high temperature at the Carlsbad, NM Airport has exceeded 90-degrees or higher since May 24th, when the high was 89. We have seen 70 days this summer when the high temperature has reached or exceeded 100-degrees as of yesterday. The highest temperature of the summer occurred on June 26th, when the Airport reached 112. On average we should only reach or exceed 100-degrees about 20 times a year.

With an elevation of 3,110' (we are the lowest populated city in the state) and given the fact that we live on the northern edge of the Chihuahuan Desert, we are supposed to have hot summers. But this year has been insane. I finished up August with a whopping .06" of rainfall here at the house. This brings my yearly total to a grand sum of 1.39".

Finally A Break From The Heat.


Right Click The Maps To Open Them In A Separate Window. 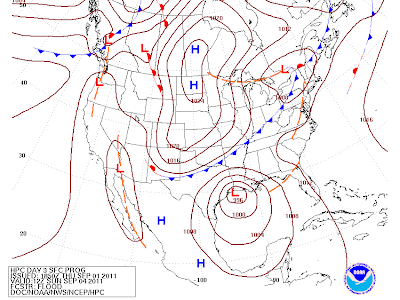 A fairly strong early fall-like cold front (the first of the season) is still on track to slip into SE NM early Sunday morning. Man what a relief this is going to be. Our high temps on Sunday, Labor Day, and Tuesday should range from the mid 80's to near 90. Don't hold your breath but believe it or not we even have a decent chance of seeing some of the "R" word fall across the area. There still remains a fairly decent chance that scattered t-storms will bring some decent wetting rains to the area Sunday and Labor Day. 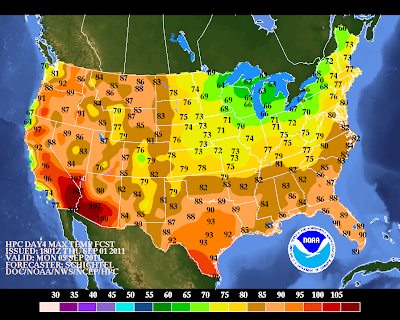 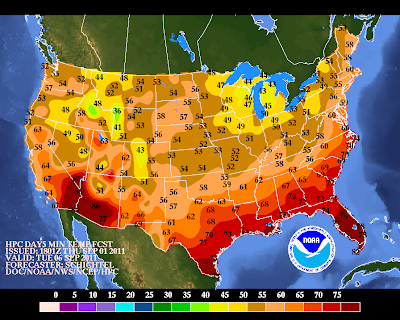 Maps Are Courtesy Of The NWS HPC. 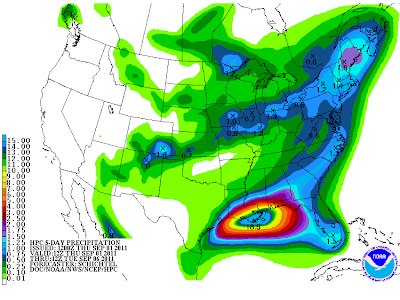 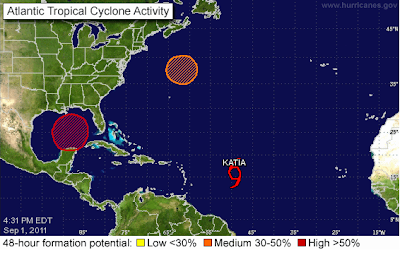 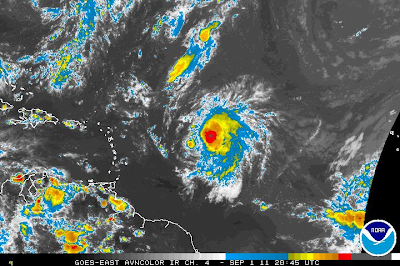 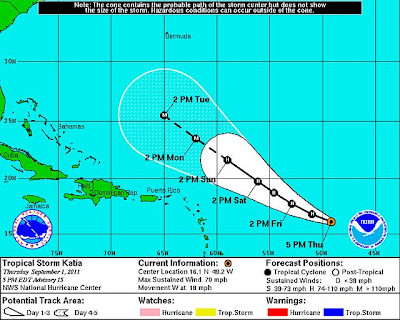 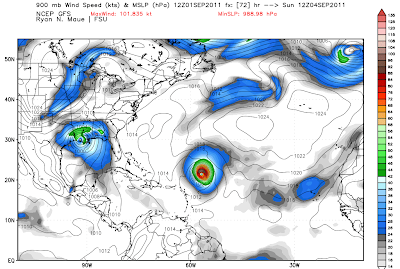 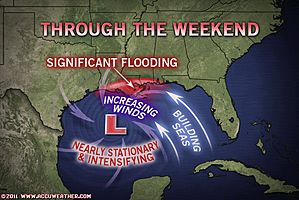 "Quote- The tropical system brewing in the Gulf of Mexico has potential to be the next billion-dollar disaster for the U.S., by way of flooding.

The consensus among nearly 100 meteorologists at AccuWeather is that this will be an extensive, slow-moving system, capable of affecting the same areas for days with downpours,stormy seas and rough surf conditions. Rough seas alone have potential to shut down rigs in the Gulf for an extended period.

Locally, as much as 20 inches of rain may fall on part of the north-central Gulf Coast beginning late this week and continuing into next week, and could in itself result in disastrous flooding.

Considering potential for damage, impact to the petroleum industry and commerce in the Gulf Coast region, the system, as of yet to gather a name, could be the next billion-dollar disaster in a mountainous year of costly storms for the U.S. The FEMA budget is already in trouble."