It Is Fall Right - So Cooler When? 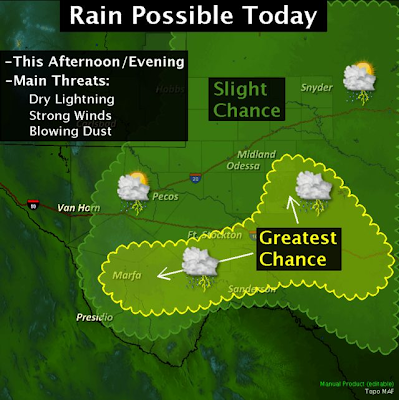 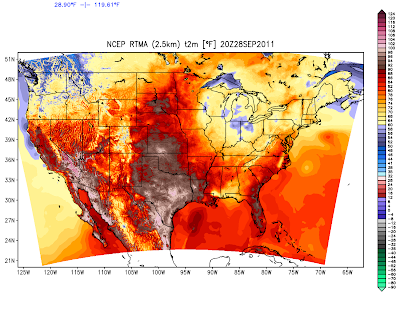 A Look At Radar This Afternoon. 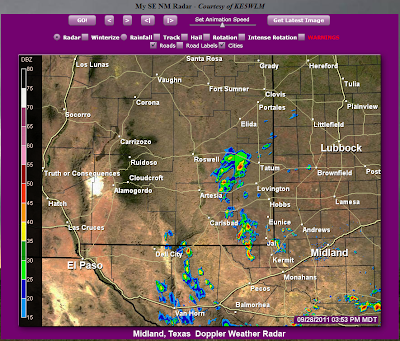 A few widely scattered rain showers and t-storms are developing southward across eastern Chaves, and Eddy Counties this afternoon. They have generally been drifting off to the southwest at around 10 mph. Gusty winds and dry lightning strikes will accompany these storms into the early evening before they dissipate later.

It is fall right. It is but you would not know that this afternoon given the current temp map above. Summer refuses to give up. I firmly believe in the old adage of "What Goes Up - Will In Time, Come Back Down" rule. Its just a matter of time. 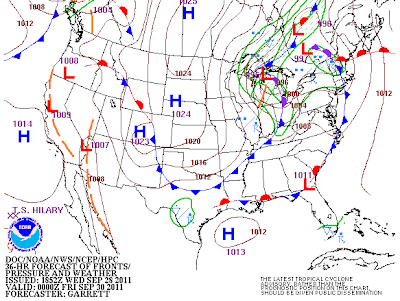 A cold front (really more like a cool front) will move southward down the eastern plains of New Mexico tomorrow afternoon and evening, and into southeastern plains tomorrow night. After seeing out high temps reach up into the mid-upper 90's for the past several days, cooler air behind the front will keep these readings down into the 80's on Friday and Saturday. The high/low temperatures below are what it should feel like for the last day of September. 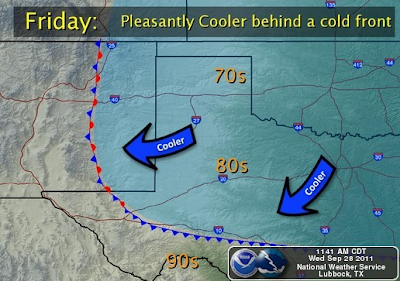 These temperatures are courtesy of-